The Most Iconic Job in Each State 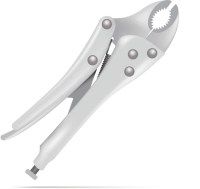 Whether it is a gaming supervisor in Nevada, a farm worker in California, an extraction worker in North Dakota, or a petroleum engineer in Texas, one occupation is often more strongly associated with a state than any other. While capturing the perception Americans have of a state can be difficult, comparing a job’s concentration in a state’s workforce compared to its concentration nationwide is one way to identify the most iconic job in each state.

Click here to see the most iconic job in each state.

“Certain occupations are just naturally found in certain industries,” said Martin Kohli, chief regional economist at the BLS, in an interview with 24/7 Wall St. Gaming supervisors are employed disproportionately by casinos, and casinos are disproportionately located in Nevada. Similarly, aircraft assemblers work primarily at aircraft manufacturing plants, which are also found disproportionately in certain geographical locations such as Washington.

Kohli went on to explain that, apparently, location matters a great deal to U.S. companies. Otherwise, there would not be the “geographic division of labor” shown by the diversity of iconic jobs across the country.

While the most iconic jobs in each state ought to align with perceptions held by Americans of the particular state, many of the jobs identified as iconic may be surprising. According to Kohli, shifts in the economy can partly explain these cases. For example, the furniture upholsterer occupation — the most iconic job in Mississippi — often complements auto manufacturing as vehicles require upholstery. While most auto-related jobs are still found in Michigan and the Midwest, the auto manufacturing industry has expanded considerably in the southern United States.

Some iconic jobs are part of industries long-associated with the region. Textile jobs have historically been very concentrated in Georgia and North Carolina, in which such jobs were identified as the most iconic. However, these industries are shrinking rapidly and may soon fall off the list of the states’ most distinctive occupations, according to Kohli.

To identify the most iconic job in each state, 24/7 Wall St. reviewed the highest location quotient for each job in each state from the U.S. Bureau of Labor Statistics (BLS). If an occupation was identified as iconic, but only made up one of every 2,000 jobs in the state or less, the next most iconic job was considered instead. State annual median salaries for all occupations and particular iconic occupations also came from the BLS. GDP contributions by industry came from the Bureau of Economic Analysis (BEA). State workforce compositions came from the U.S. Census Bureau’s American Community Survey (ACS). All data are as of 2013, the most recent period for which data is available.

These are the most iconic jobs in each state.