The 10 Richest Towns in America 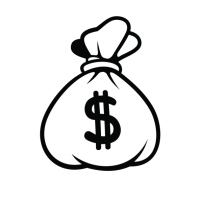 Income inequality is becoming the most important economic topic going into this election cycle. The absolute extremes of wealth and poverty are often found in the same area. The annual median household income in the wealthiest towns in America can be as high as three or four times the national median income, and as much as five or six times the income in nearby impoverished communities.

This type of inequality does not occur overnight. To highlight some of the factors that create hyper-wealthy townships, 24/7 Wall St. reviewed income data from some of the wealthiest towns, cities, and boroughs around the country. These places are havens for the nation’s elite, where median home values can exceed $1 million and large proportions of the households earn at least $200,000 annually. These are the richest towns in the country.

Click here to see the richest towns in America.

Being near a major metropolitan area does not guarantee an affluent community. Some of these wealthy towns are just a short drive away from the poorest areas in the country. West University Place, Texas is a suburb of Houston and had an annual median household income of $205,135 and a poverty rate of just 2.3%. South Houston, meanwhile, had a median income of $35,478 and a poverty rate of 32.0%.

One common trend among places with higher income is a greater incidence of households with two earners, and particularly married households with children. There are likely two reasons for this. First, a high rate of two earners per household raises the median household income. Second, people are more likely to raise children in communities they consider to be prosperous, safe, and offering quality education. Of course, only families with a certain level of income have the luxury of these options.

To determine the richest towns in the country, 24/7 Wall St. considered median household incomes from the U.S. Census Bureau’s 2013 American Community Survey (ACS). Because many towns in the country are small, data can be unreliable. For this reason, all data used are five-year estimates for the period 2009-2013. Still, data can be subject to sampling issues. We did not consider towns where the margin of error at 90% confidence was greater than 10% of the point estimate of both median household income and population. Also from the ACS, we reviewed poverty rates, median home values, educational attainment rates, the shares of households making less than $10,000 and more than $200,000, as well as the percentage of households that are married, and have children. Industry composition of these towns is also from the ACS.

These are the richest cities in America.