The Healthiest County in Each State 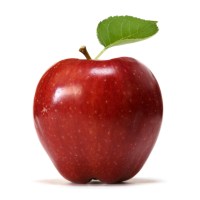 With the ongoing U.S. economic recovery and implementation of the Affordable Care Act, health insurance coverage rates among Americans have increased significantly. Americans may expect health outcomes to improve as well. Despite the general positive trend in health care, there is still great variation in the health of residents among states and even within states.

24/7 Wall St. reviewed county-level health rankings from County Health Rankings & Roadmaps, a Robert Wood Johnson Foundation and University of Wisconsin Population Health Institute joint program. Rankings are based on overall health outcomes, a weighted composite of length of life, quality of life, and overall health factors. The health factors component is itself a weighted composite of healthy behaviors, clinical care, social and economic factors, and physical environment measures. These are the healthiest counties in each state.

Click here to see the healthiest county in each state.

The healthiest county in only three states reported an estimated number of years lost per 100,000 residents due to premature death of more than 6,622 annually — the national estimate. When asked to rate their own health as excellent, very good, good, fair, or poor, 16% of Americans replied fair or poor. The percentage replying fair or poor in the healthiest county in every state was lower than the national percentage.

Health factors made up the other half of the model. Socioeconomic measures were the most important components of the health factors portion of the model. Julie Willems Van Dijk, co-director of the County Health Rankings & Roadmaps program, explained how a good education — as one example — can increase the likelihood of positive health outcomes. Not only can a good education offer the knowledge necessary to lead a healthy lifestyle, but also it can pave the way to higher-paying jobs, which also tend to offer benefits such as health insurance. Residents with higher income also frequently live in safer neighborhoods that offer more expensive and healthier food options.

While income is perhaps the most important factor in the health of a community, it is not merely the size of the residents’ paychecks that matter. According to Willems Van Dijk, income inequality can have a direct impact on health outcomes. “People who are very separate from each other and don’t have the kind of social cohesion and interaction that you have in a community with a more flat income distribution” report higher rates of chronic diseases, higher levels of stress, and on the whole worse health outcomes.

Nationwide, incomes in the 80th percentile were 4.6 times greater than those among the bottom 20th percentile of earners. Incomes in the healthiest counties in all but seven of the 50 states were better distributed than the national inequality ratio. The opposite tended to be true in unhealthy areas.

While strong economic conditions can lead to positive health outcomes, the impacts can also work the other way around. According to another Robert Wood Johnson Foundation study in 2013, annual obesity-related health care costs nationwide have been as high as $210 billion in recent years. That figure excludes productivity losses from poor physical health. The healthiest counties in all but 13 states had an obesity rate lower than the national obesity rate of 27%.

Willems Van Dijk noted that while there is a strong relationship between health and wealth, many other factors play a role. “The county health rankings show you a combination of these factors and how they interact with each other.” In fact, the disparities between areas within a state demonstrate how dependent the health status of an area is on local factors. “What [happens] in the local culture and the environment of local communities will affect all of those other health factors and then subsequently affect how well and how long you live,” said Willems Van Dijk.

To identify the healthiest county in each state, 24/7 Wall St. reviewed health rankings in most counties and county equivalents in each state from County Health Rankings & Roadmaps. The rankings are based on a model developed by the University of Wisconsin and include about 70 different health measures from a range of sources, predominantly U.S. government surveys.

These are the healthiest counties in each state.