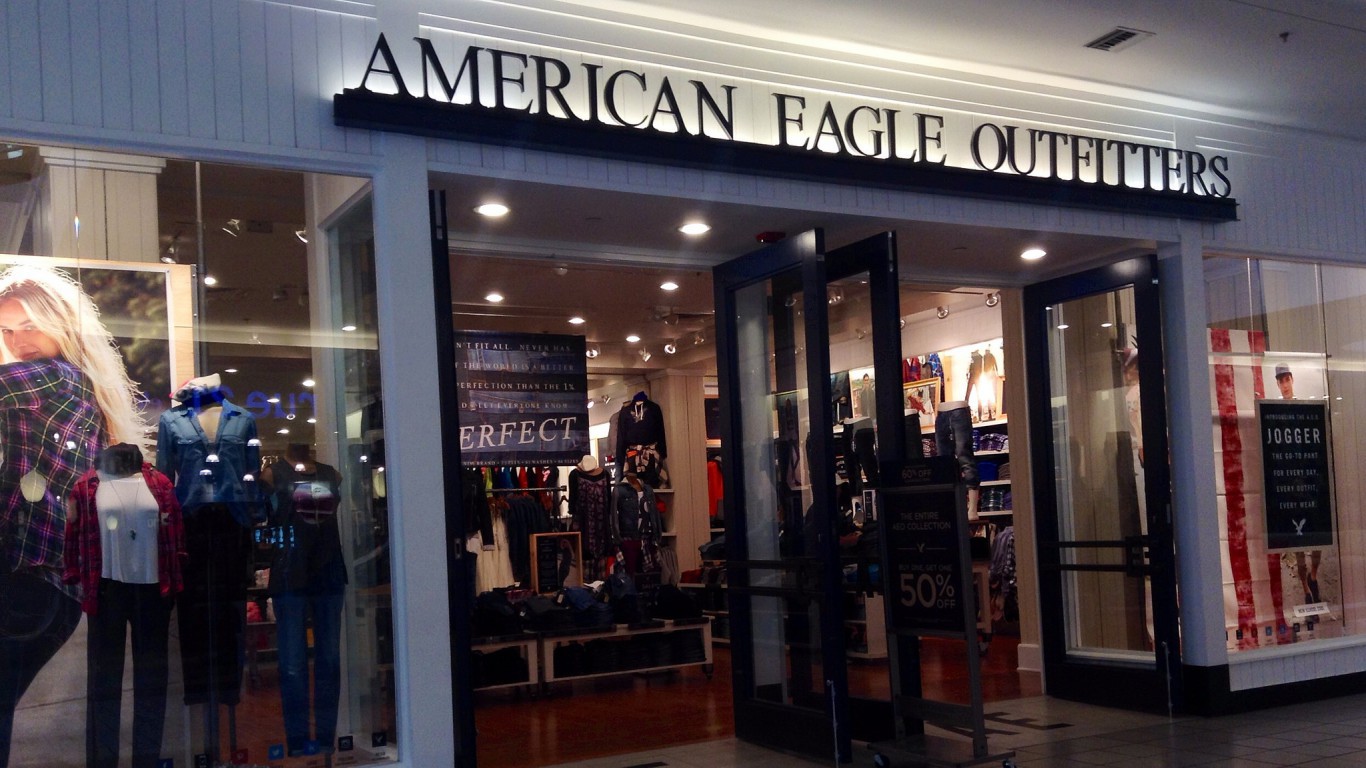 After peaking at $400 million in fiscal 2008, American Eagle Outfitters’ net income has steadily declined over the past decade. Most recently, the company reported a net income of $80 million in fiscal 2015. American Eagle is one of many clothing retailers facing declining sales that announced plans to close stores in the coming years. In 2014, American Eagle announced it will close 150 stores over the next three years. To compete in an industry that is rapidly shifting to online commerce, the company said it will roll out a new website intended to be more mobile-friendly.

Many of the retailers on this list face concerns about their long-term prospects. While Walmart shares declined 18% in the past 12 months, the company remains the largest company in the country, as well as one of the most profitable. This is the case even as e-commerce sites such as Amazon have eaten into most brick-and-mortar retailers’ bottom lines. The company has recorded a net income of at least $15 billion in each of the past five years. In January, Walmart announced it would be closing approximately 270 locations around the world, including 154 stores in the United States, subtracting from its total of roughly 11,600 worldwide. Much of this may be the company optimizing its locations, as it also expects to open several hundred new stores worldwide by the end of 2017, including 60 additional Supercenters.