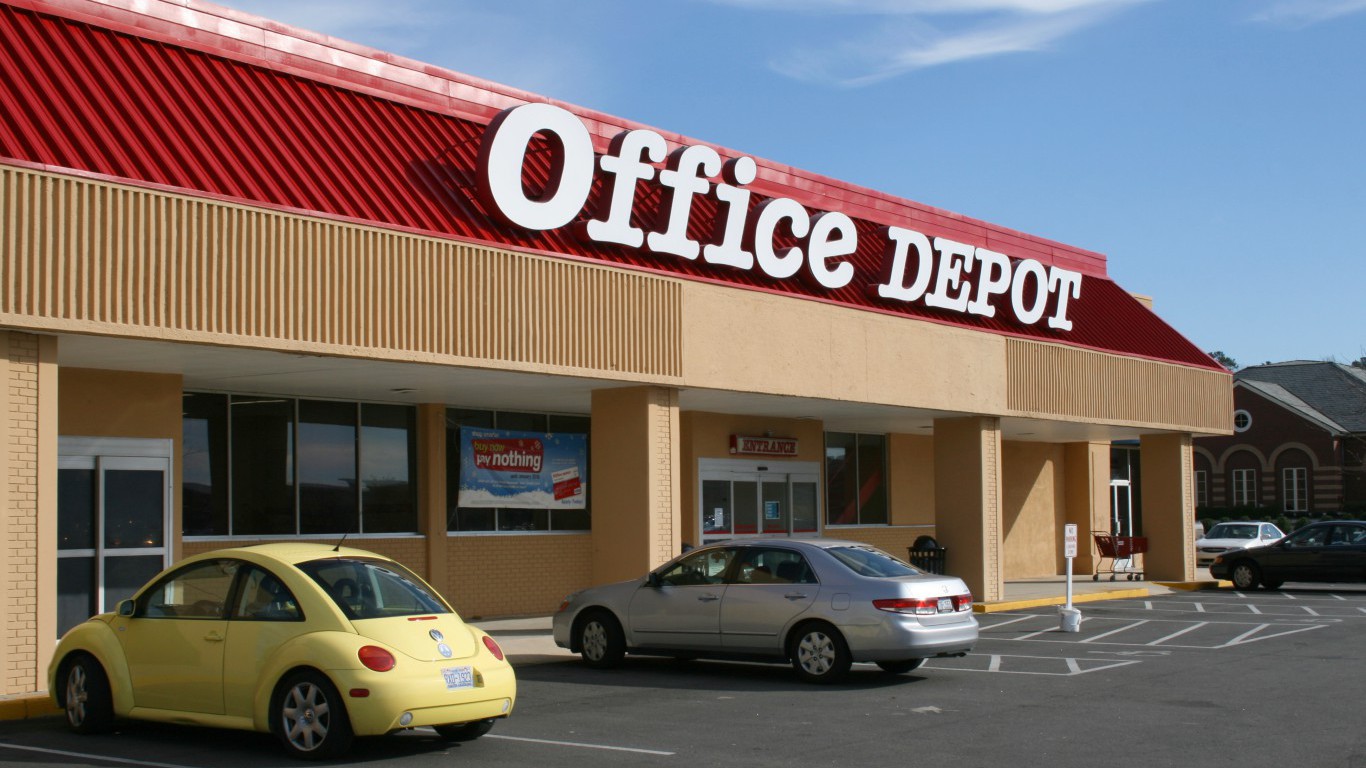 As workspaces across the country transition from pen and paper to digital tools, traditional office supply retailers suffer. Office Depot has reported losses in six of the last eight years, and is currently in the process of closing hundreds of locations. Another factor leading to these closings may have been the company’s 2013 merger with OfficeMax. The new company needs to consolidate operations and said it will be closing 400 locations by the end of 2016. Early last year, rival office supplier Staples announced its intention to acquire Office Depot in an effort to compete against Amazon and other e-commerce companies. The deal requires the approval of both the Federal Trade Commission and the European Commission, and would likely result in more store closings. So far, the EC has approved the merger while the FTC has denied it.

Correction: Due to a fact-checking error, an earlier version of this article incorrectly stated that Finish Line would close 150 stores in 2016. In fact, it will be closing 150 stores over the next four years.