Cities With the Best (and Worst) Health Insurance Coverage 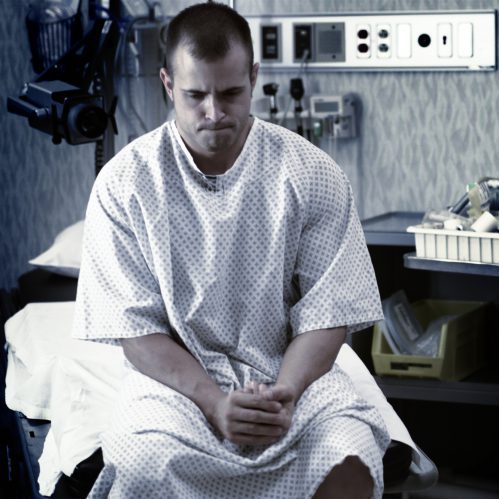 Source: Thinkstock
When compared to European countries and other developed nations such as New Zealand, Australia, and Canada, The United States stands out as the only nation without a publicly financed universal health care system.

Around one third of U.S. residents are covered by public programs, namely Medicaid and Medicare. Including private coverage, 88.3% of Americans have health insurance. Despite covering fewer residents, health care spending in the United State is far higher than in any other high income nation.

Click here to see the cities with the best health insurance coverage.

Click here to see the cities with the worst health insurance coverage.

In Brownsville-Harlingen, Texas, 35.4% of residents under 65 do not have health insurance, the highest rate in the nation. This is more than 10 times the rate in Worcester, Maine where only 3.4% of residents of this age group are not insured, the lowest uninsured rate of any U.S. city.

Under the Affordable Care Act, which went into effect on January 1, 2014, states could opt to expand Medicaid coverage to persons under 65 earning incomes of up to 138% of the federal poverty level. Prior to this law taking effect, a U.S. Supreme Court ruling in 2012 allowed states to opt out of this Medicaid expansion, and 19 states chose to do so. States that adopted the Medicaid expansion tended to have higher health insurance coverage rates than states that did not adopt the expansion.

Because the Medicaid expansion is aimed at providing health insurance to poor residents, opting out of the Medicaid expansion has had a larger effect on cities with greater levels of poverty. In eight of the 10 metro areas with the highest rates of uninsured people, poverty rates are higher than the national rate. In addition, the three cities with the highest shares of uninsured residents also have the nation’s three highest poverty rates.

To identify the cities with the highest uninsured rates, 24/7 Wall St. reviewed the percentage of individuals younger than 65 without health insurance by metropolitan statistical area from the U.S. Census Bureau’s 2014 American Community Survey. Poverty rates in these areas are also from the American Community Survey. Percentages of adults reporting fair or poor health are from the 2015 County Health Rankings. Data for whether a state has accepted federal funds and adopted the Medicaid expansion under the Affordable Care Act are from the Henry J. Kaiser Family Foundation.

These are the cities with the highest (and lowest) uninsured rates.