How Obamacare Increased Insurance Coverage in Every State 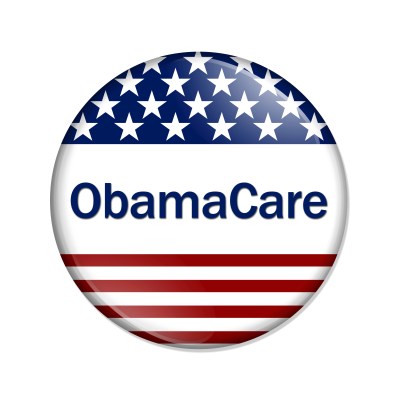 Source: thinkstock.com
President Barack Obama signed the Patient Protection and Affordable Care Act (ACA) on March 23, 2010, and open enrollment for all Americans began on October 1, 2013. While the ultimate outcome of the ACA, also known as Obamacare, remains to be seen, the number of people with health insurance increased in every state since the law was enacted.

Click here to see how Obamacare increased health care coverage in each state.

The 50 states used different methods to implement the ACA. Some developed their own health insurance exchanges, while others let the U.S. government facilitate enrollment. Even within those camps, each state’s health care marketplace often had unique features. One key aspect of the legislation — the expansion of Medicaid to include those making up to 138% the federal poverty level — was optional for states. More than half of all states opted to expand Medicaid coverage, including all the states that developed their own exchanges.

According to Louise Sheiner, senior fellow and policy director of the Hutchins Center on Fiscal and Monetary Policy at the Brookings Institution, political reasons are perhaps the only explanation for not expanding Medicaid. If states choose to expand the program, the federal government would pay 100% of the costs, and over time this subsidy would decrease to 90%.

Sheiner explained that there is a coverage gap between the health insurance exchanges and Medicaid — people who are too poor to get subsidies through the exchanges but not poor enough to qualify for Medicaid fall into that gap. Most of the increase in health coverage nationwide was among low-income Americans newly eligible under the expanded Medicaid program. In the 30 states that adopted the expansion, 9.5 million people have qualified for Medicaid since the ACA rollout.

While the option to expand Medicaid is aimed at helping low-income people, states opting out often had lower median household incomes and higher poverty rates. Many people purchase health insurance in order to avoid financial catastrophe, and while low-income individuals are often among those who need health insurance the most, they are also frequently unable to afford it without help. In fact, according to several studies, unpaid medical bills are the leading cause of bankruptcy in the United States.

While the Medicaid expansion provision in Obamacare is perhaps very generous to state budgets, the act is not without its critics. For example, many conservatives consider Obamacare an overreach of government that will drive up costs and result in higher taxes. In particular, ACA opponents like House Speaker John Boehner have strongly objected to the employer mandate, a provision which levies a penalty on some employers who do not offer health insurance to their employees.

The ACA’s funding mechanism has also been criticized and remains hotly debated. In a 2010 paper, Marshall Auerback, a senior fellow at the Levy Economics Institute, predicted that more people would get insurance under Obamacare. However, Auerback questioned whether more health care would get paid for in a system funded by private insurance companies. He wrote, “any real reform which cuts costs would be far less profitable.”

For Amanda Kowalski, associate professor of economics at Yale University, the hope is that reducing the share of the uninsured population will improve health outcomes and ultimately lower health care costs. Kowalski’s research on the ACA’s early adoption argues that this has happened to some extent already. States that developed their own exchanges, for example, were able to sign up more residents, thus increasing coverage and lowering costs as a result.

This is how the Affordable Care Act was implemented in each state.