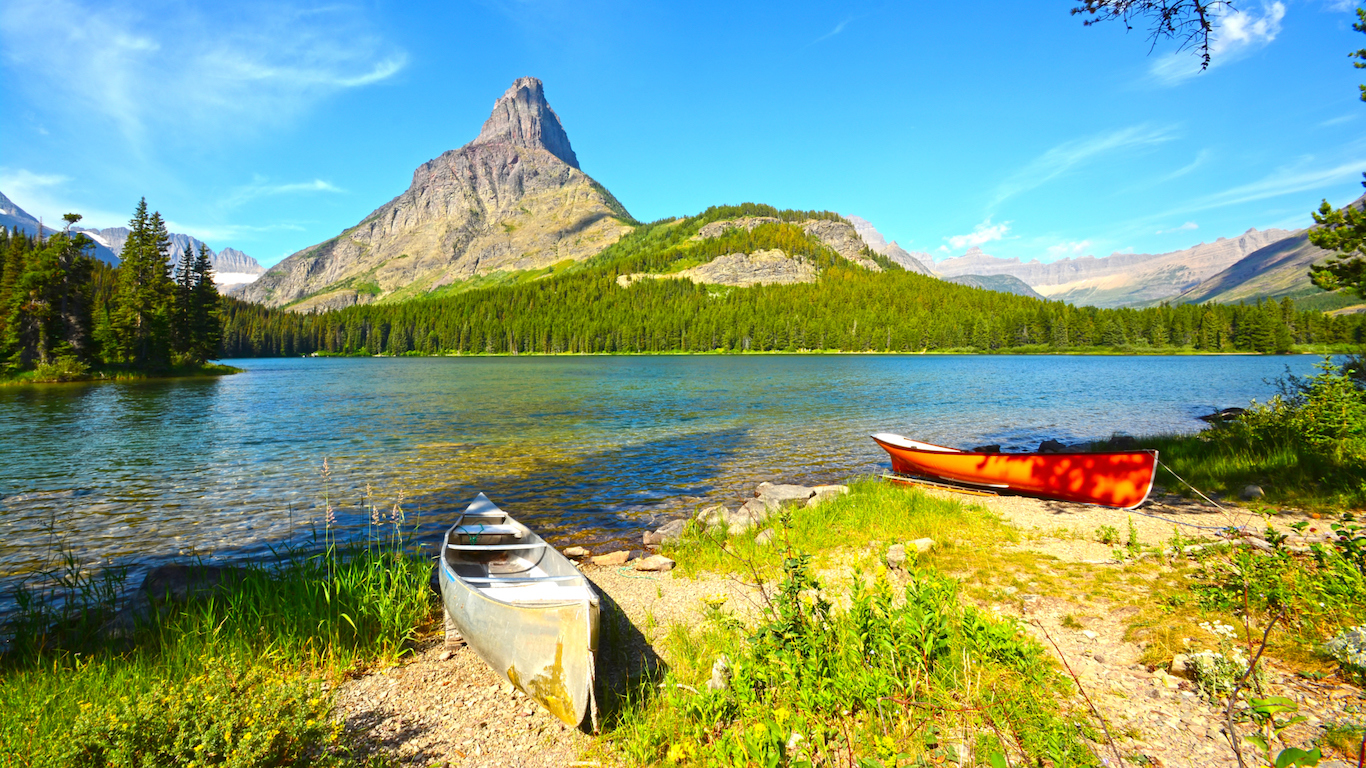 Existing penalties for marijuana possession are relatively harsh in Montana. First time offenders caught with any amount less than 60 grams can face misdemeanor charges, a $500 fine, and up to six months in jail.

Two initiatives aimed at legalizing, regulating, and taxing marijuana in the state fell short of the number signatures required to make the ballot in November. Harsh legal penalties and failed ballot measures aside, future efforts will likely have greater success. Adults in Montana are less likely than most Americans to perceive regular marijuana use as risky behavior. Furthermore, 14.1% of Montana residents 18 and older have used marijuana in the past year, a slightly higher share than the 12.9% of American adults. In addition, medical marijuana has been legal in the state for over a decade.

Nevada is one of five states where residents will vote this November whether to legalize marijuana or not. The ballot initiative would legalize possession of up to 1 ounce of marijuana, regulate production and sales of the drug, and establish a 15% excise tax on bulk marijuana sales. Most states voting to legalize marijuana this election have already decriminalized the drug. Nevada, on the other hand, classifies marijuana possession offenses as a misdemeanor.

Nevada legalized medical marijuana in November 2000. Over the year since the first dispensary was opened in late July of 2015, the number of medical marijuana licenses in Nevada more than doubled, growing from 9,542 to an estimated 19,974. In the most recent survey, 12.9% of adults in Nevada reported to have used marijuana in the past year, in line with the national share. If the ballot initiative passes it is highly likely that both medical and recreational marijuana use will increase in Nevada.