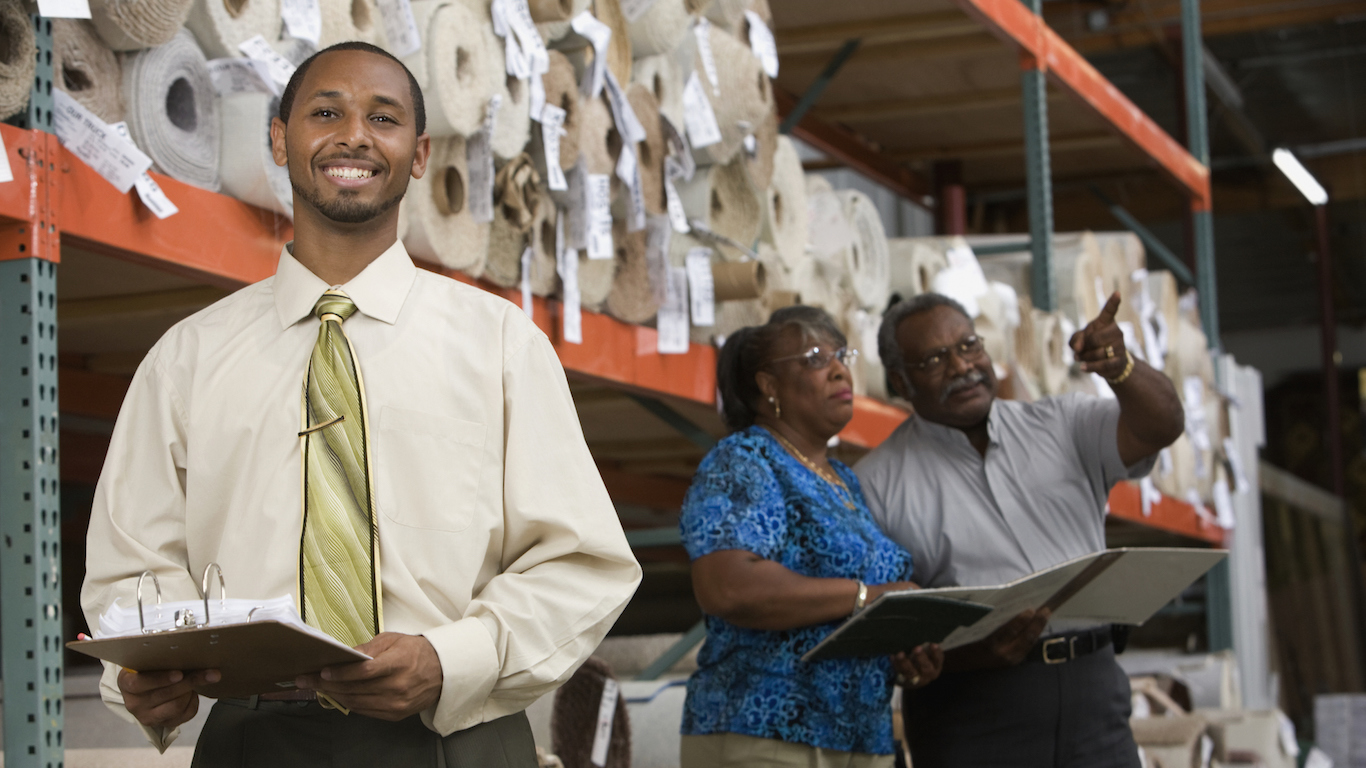 The typical first-line supervisor of non-retail sales workers, which includes positions such as sales manager, branch manager, and sales supervisor, earns $72,300 a year. Such managers are responsible for supervising sales employees, and may also carry out budgeting, accounting, and personnel duties. While the job tends to require just a high school diploma, sales managers often work their way up from lower positions. Some first-line sales supervising jobs require up to five years of experience in a related position.

Many first-line supervisors may run their own businesses. More than 40% of such workers are self employed, one of the largest shares of any profession. 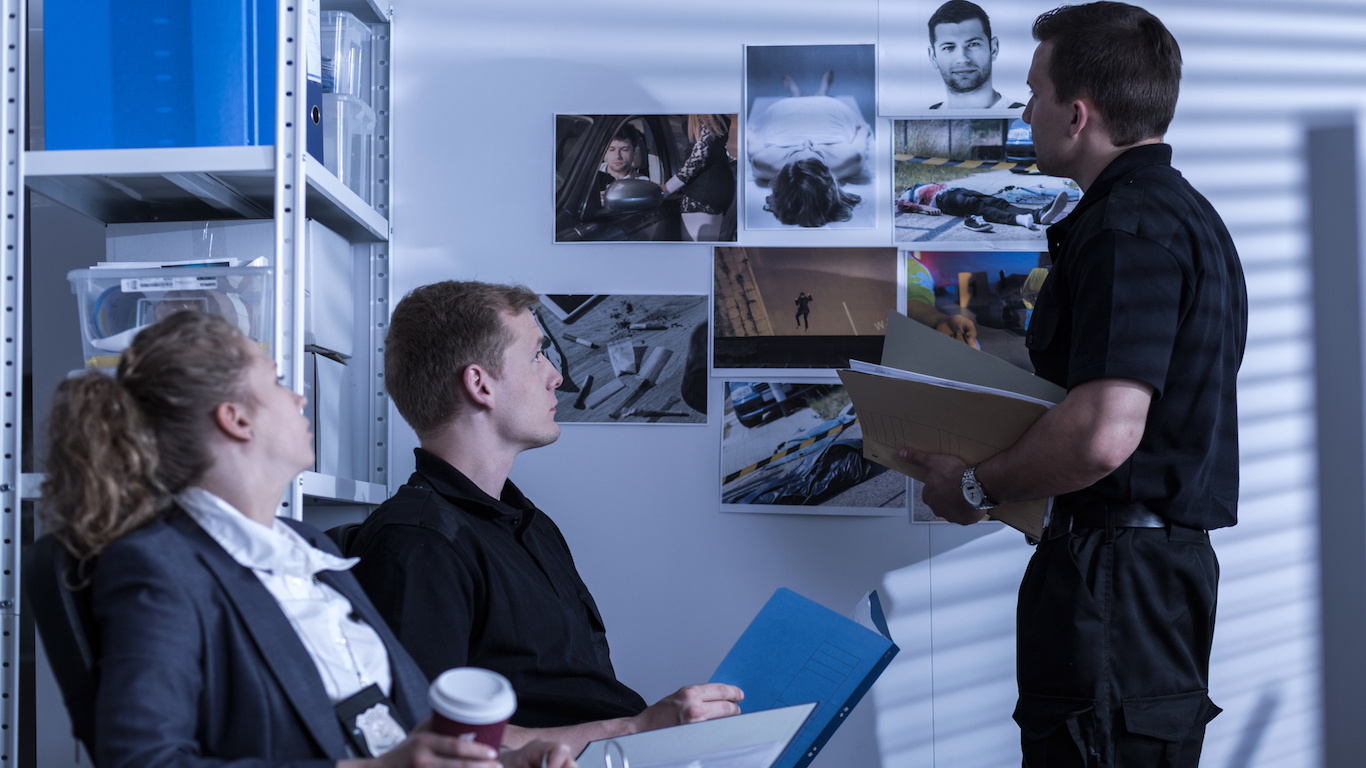 While police officers actively fight crime and enforce the law, detectives or criminal investigators are responsible for investigating crime scenes, gathering evidence, and compiling facts. While it is not necessary for a detective to have formal schooling past high school, the job is often contingent on successful completion of a training academy. Detective salaries tend to be far higher than nearly every other job with similar educational requirements. The typical detective earns more than $77,000 a year.

High salaries in the profession are due largely to the stresses and dangers associated with the job. Working in crime scenes often means working in close proximity to death and suffering. 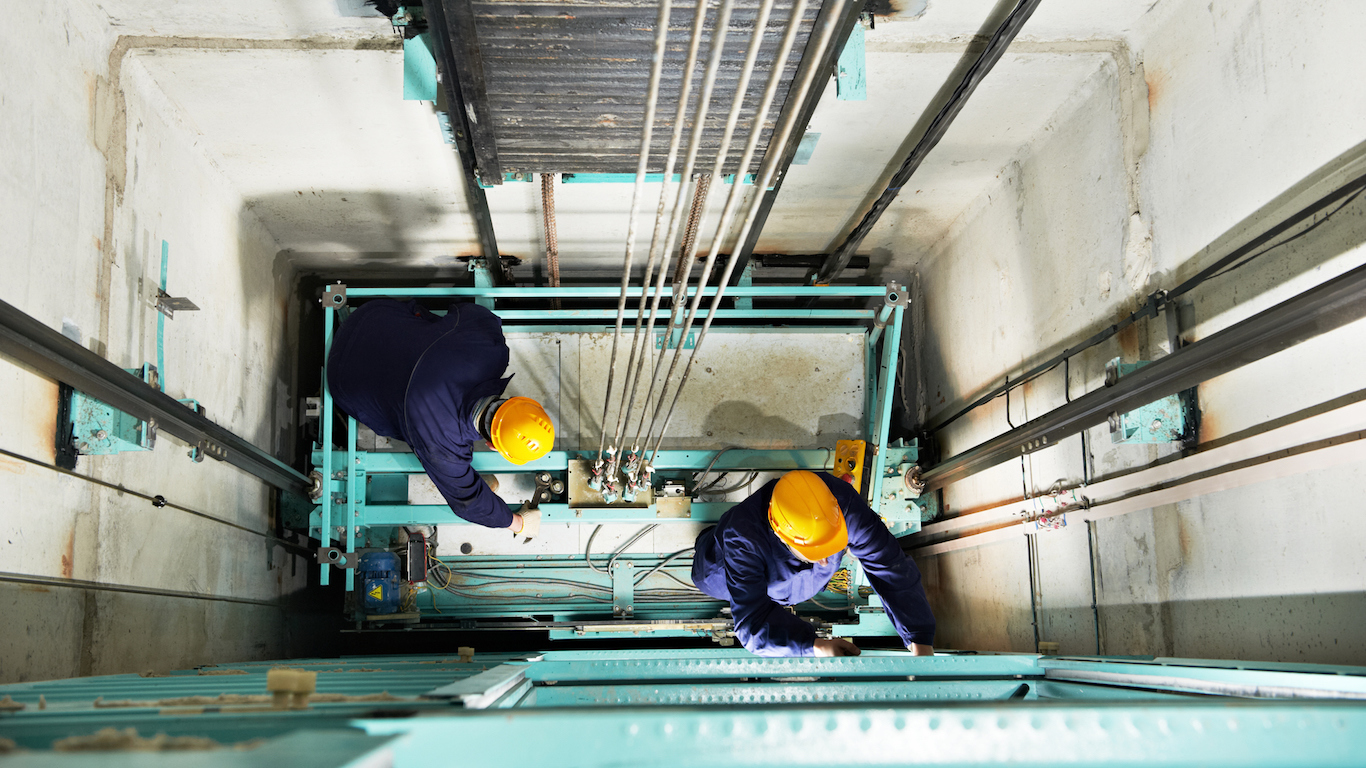 While a college education is not a prerequisite to working as an elevator installer and repairer, most who work in the field have completed an apprenticeship. The job is one of only two in the United States where the typical person with no more than a high school diploma can earn more than $80,000 a year.

Like many high-paying jobs with a low minimum educational attainment threshold, working as an elevator installer can be especially difficult and dangerous. Workers often spend long hours in tightly enclosed areas such as elevator shafts and are susceptible to electrical burns, falls, and muscle strain. Because of the possibility of emergency repairs, elevator installers can be on call 24 hours a day.