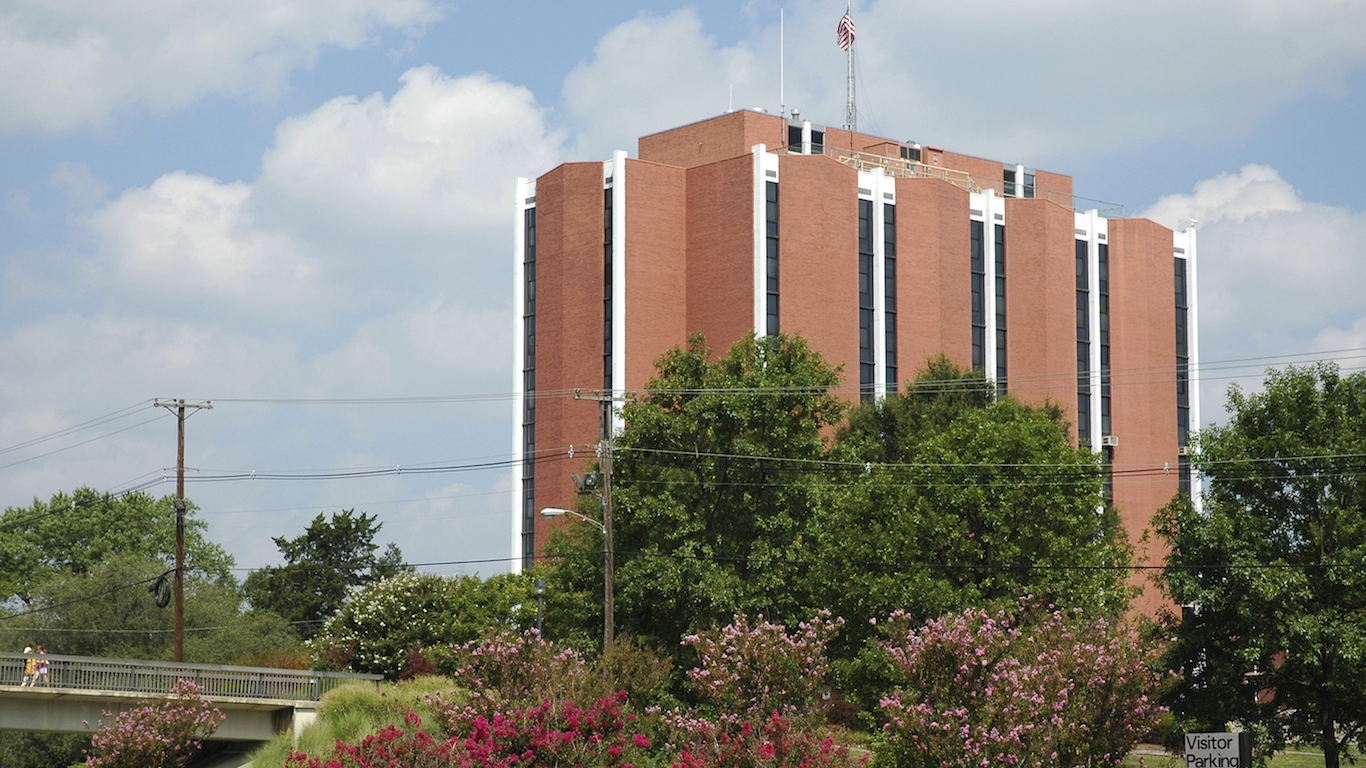 The share of adults in Kentucky with a bachelor’s degree increased by 1.1 percentage points last year, more than in most other states. This improvement, however, was not enough to move the state out of the bottom five for college attainment. Most states with low educational attainment rates share certain socioeconomic characteristics, including low incomes and high poverty, and this is certainly the case in Kentucky as well. The state’s poverty rate of 18.5% is the fifth highest in the country, and the median household income of $45,215 a year in the state is the fifth lowest. 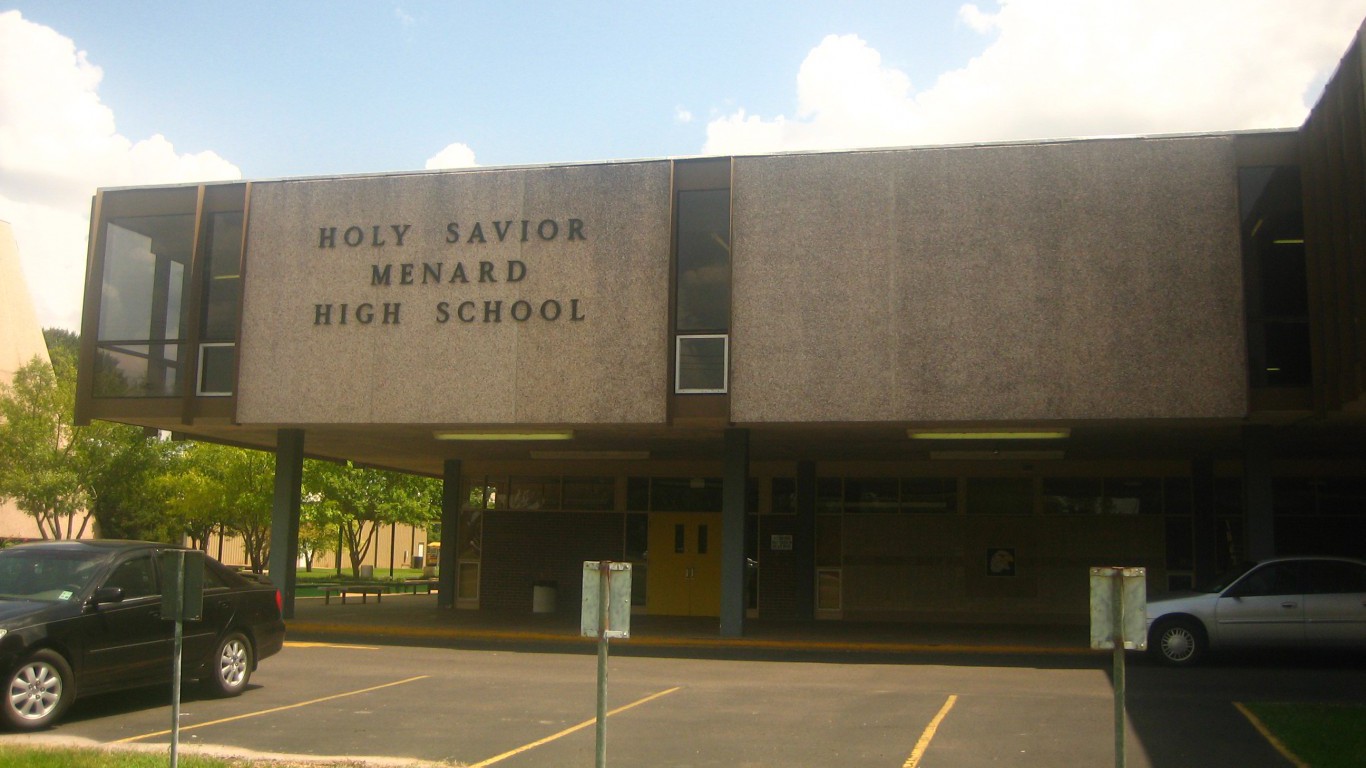 The latest Census reveals broad social and economic improvements across the nation. For example, the national poverty rate fell fell consecutively for the first time since the Census began collecting these data through the American Community Survey in 2005. Poverty in Louisiana, on the other hand, did not decline meaningfully. Nearly 20% of people in the state live in poverty, roughly equal to 2014. Poverty creates a vicious circle. People living in poverty are less likely to pursue high education, which in turn would — in all probability — improve their incomes. 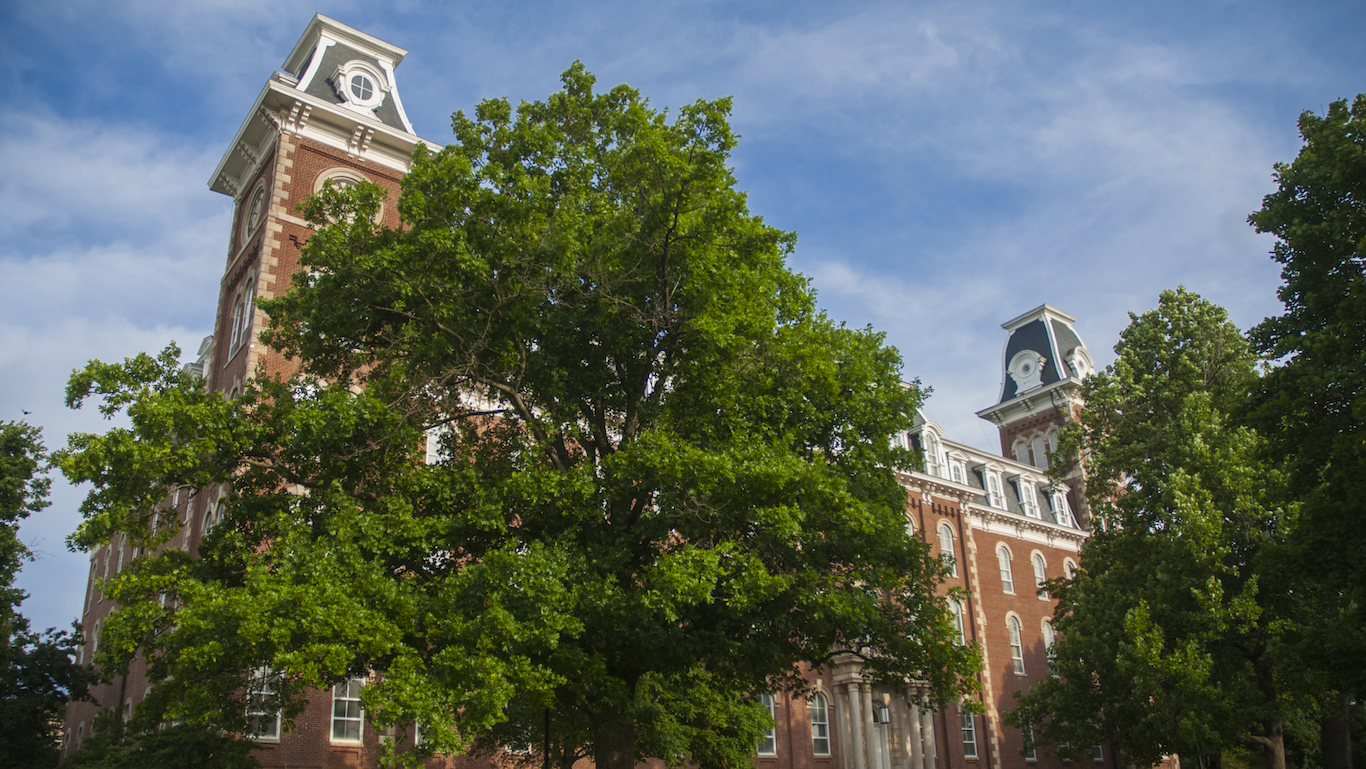 Arkansas has the third lowest college attainment rate in the country at just 21.8%, close to 9 percentage points below the national rate. As is often the case, the state’s relatively small share of adults with a college degree is reflected in its low median income. The typical Arkansas household earns just $41,995 a year, the second lowest figure of any state and about $14,000 less than the national median income. States with fewer high-skilled workers tend to have a high share of low-skilled jobs. In Arkansas, 13.8% are employed in retail — an industry in which jobs do not typically require a college degree — the highest share of any state. 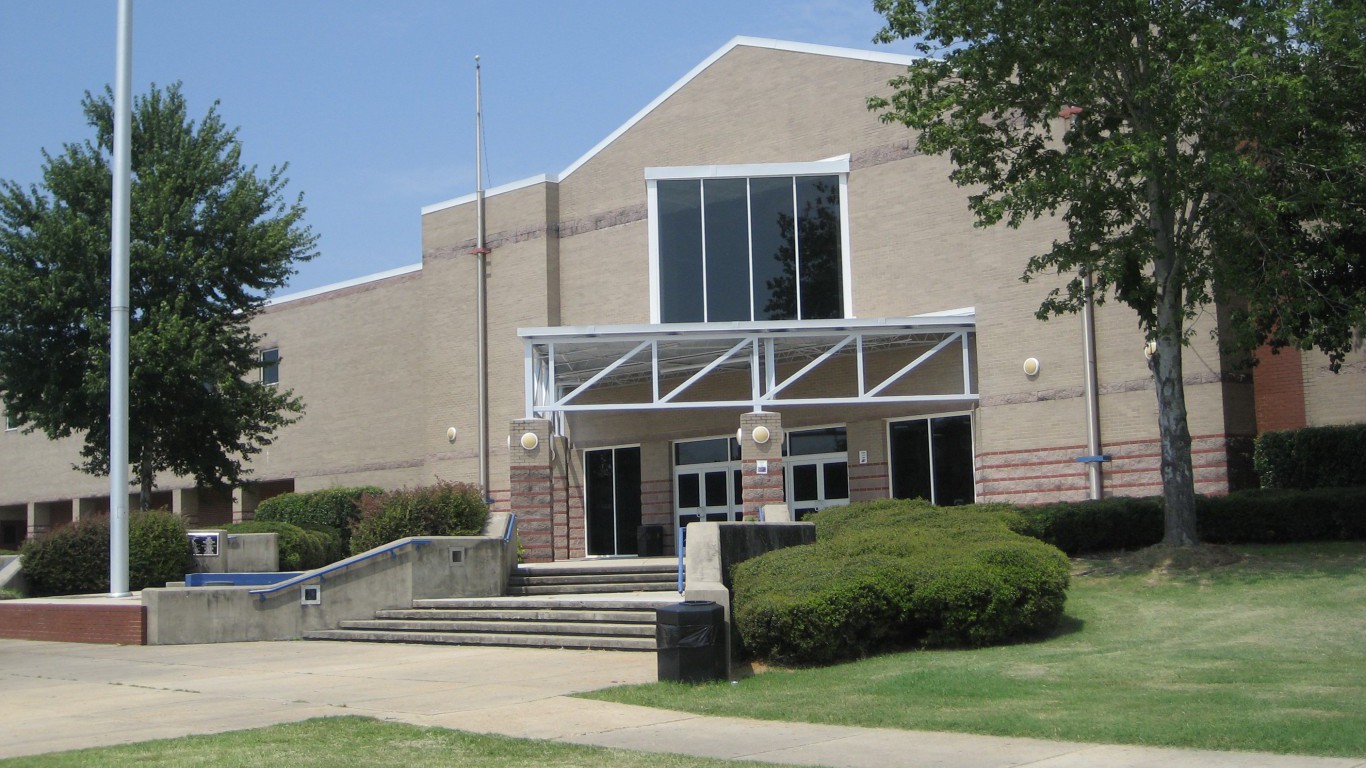 Only 20.8% of Mississippi’s adults have a bachelor’s degree, nearly 10 percentage points below the national college attainment rate of 30.6%. The state has a similarly low high school attainment rate, as just 83.5% of the state’s adults have a diploma. The state’s low college attainment rate may be at least in part due to the relatively small benefit it affords. On a national level, the typical college graduate earns $50,930 a year, or about $14,000 more than the typical American worker. In Mississippi, those with bachelor’s degrees earn less than $40,000 a year, or just $8,900 more than the typical Mississippi worker earnings, a smaller gap than in most states.

Fewer than 20% of adults in West Virginia have a college degree, effectively unchanged from the 2014 share and the lowest college attainment rate of any state in the country. Residents with less than a college degree are considerably more likely to earn lower incomes than more educated residents — across states and within West Virginia. With the least educated workforce nationwide, the typical West Virginia worker earns $31,634 a year, and the typical household brings in $42,0219 annually — each among the lowest income levels of any state.

For West Virginia residents, while college level qualifications certainly help ensure higher wages, the advantage is smaller than in other states. The median wage for workers with a bachelor’s degree is $41,512 a year, the sixth lowest such income of any state but still about $10,000 more than the typical worker.