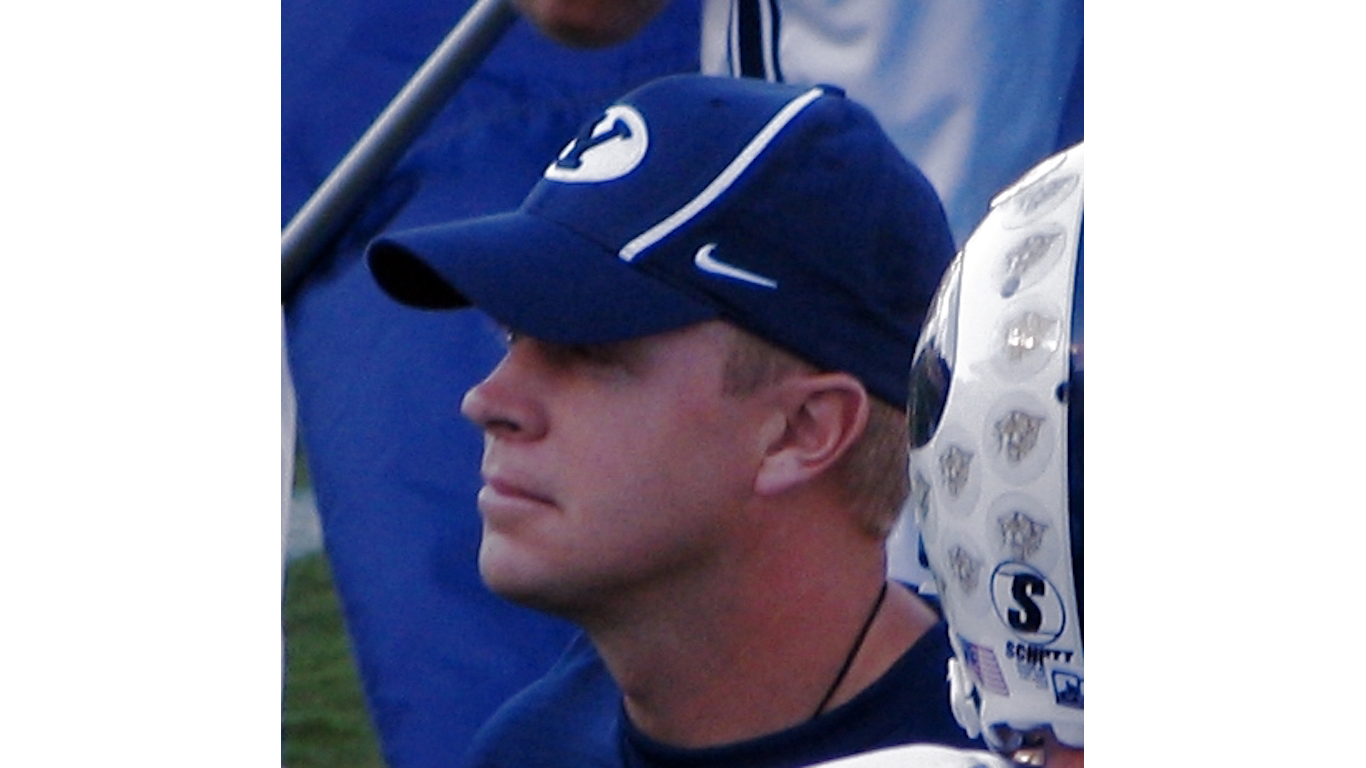 The rivalry between the University of Virginia and Virginia Tech may extend beyond the field this football season. Bronco Mendenhall, the new coach of the University of Virginia football team, will earn a guaranteed $3.25 million base salary in his first season in addition to potential performance-based bonuses — more than any other state employee. However, Mendenhall may be outearned by new Virginia Tech football coach Justin Fuente, whose contract guarantees $3.2 million in base salary and additional potential bonuses. 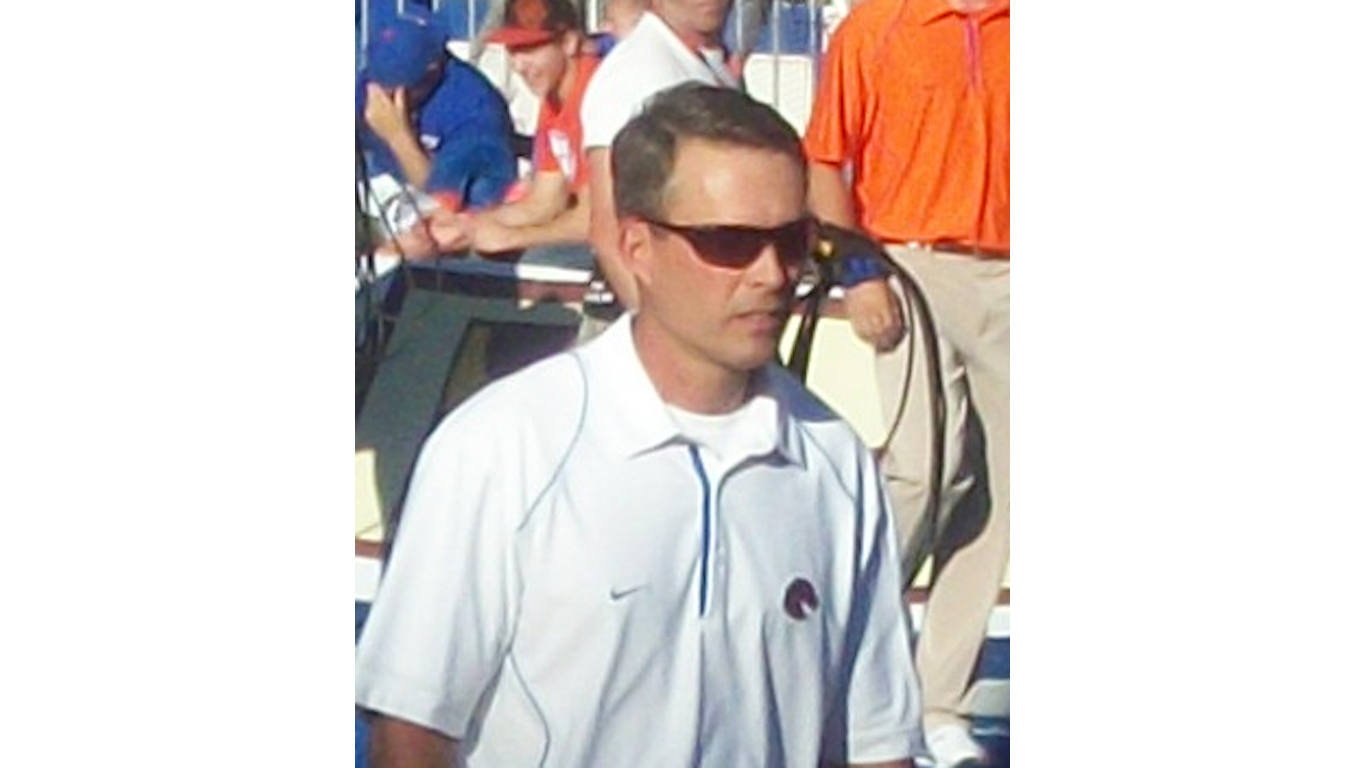 In December 2013, it was announced that Chris Petersen would become head coach of the University of Washington football team. The following season, Petersen led the Huskies to eight wins and six losses, becoming the fastest coach in the Football Championship Subdivision to reach 100 career wins. Peterson was compensated $3.4 million for the 2015 season, the highest salary of any public employee in Washington. 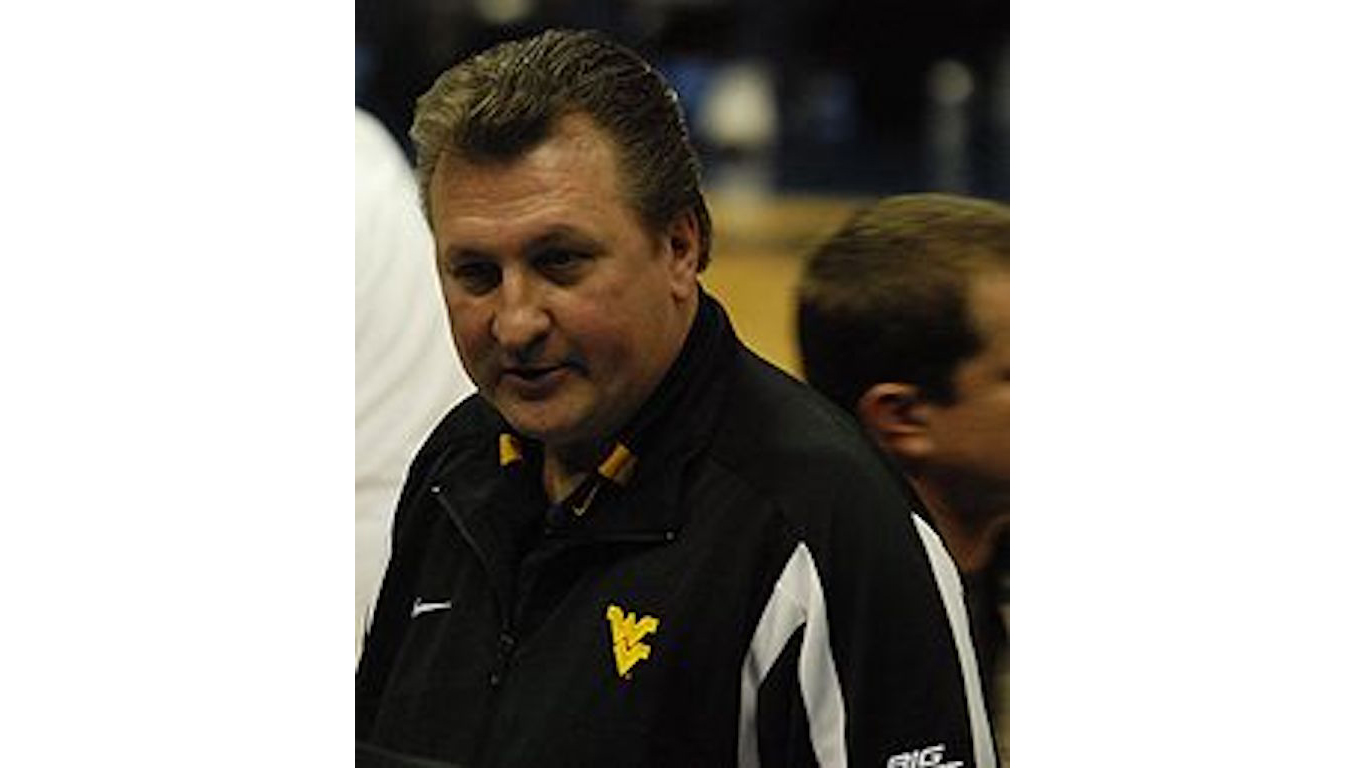 Bob Huggins is the head coach of the West Virginia University Mountaineers, a position he has held for the past nine seasons. As is generally the case with public college and university athletic programs, Huggins’ seven-figure salary is supported by revenue from games, but also from tax dollars. At $3.34 million, Huggins makes more than any other public employee in West Virginia. 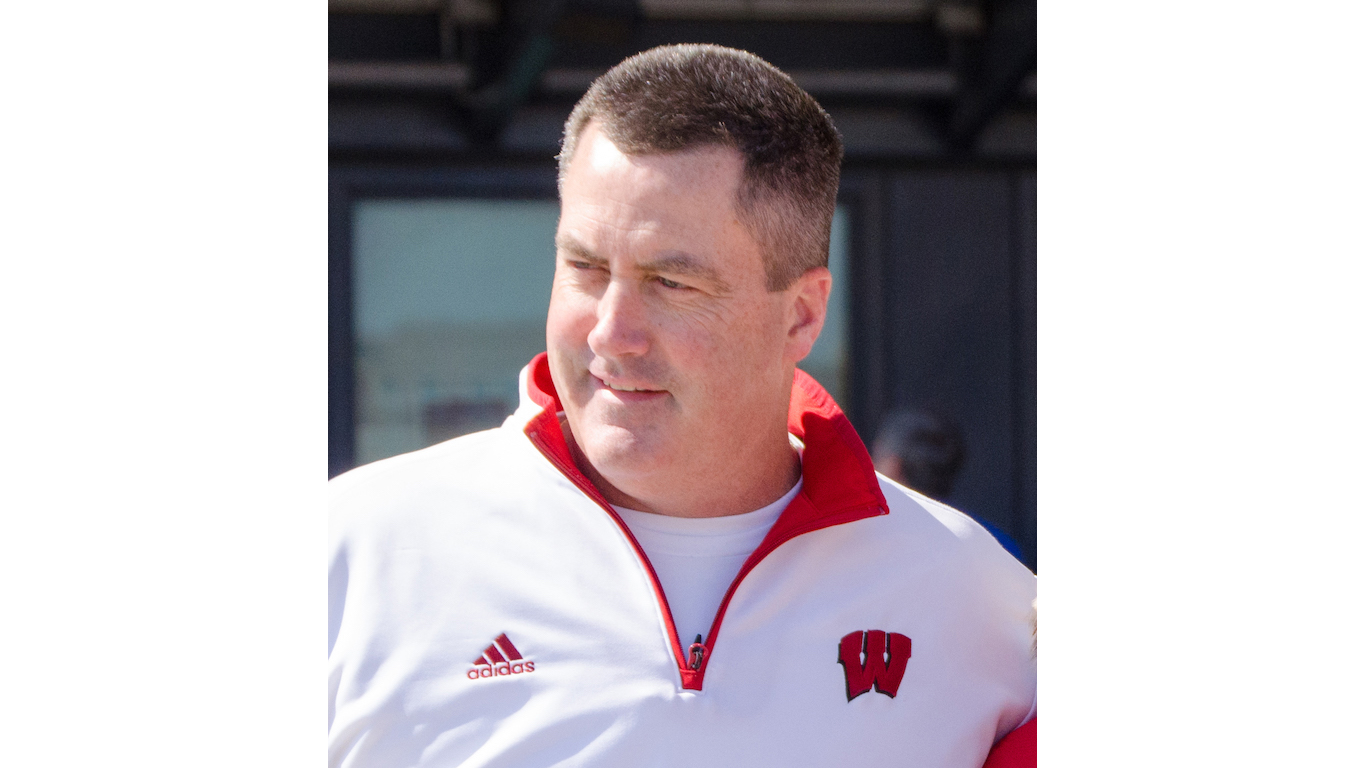 The University of Wisconsin Badgers hired Paul Chryst as head coach in 2014. Previously, Chryst had coached the University of Pittsburgh Panthers and was paid $1.6 million annually, the second highest salary of any employee at the school at the time. Now, with a salary of $2.3 million, Chryst is the highest paid public employee in Wisconsin. 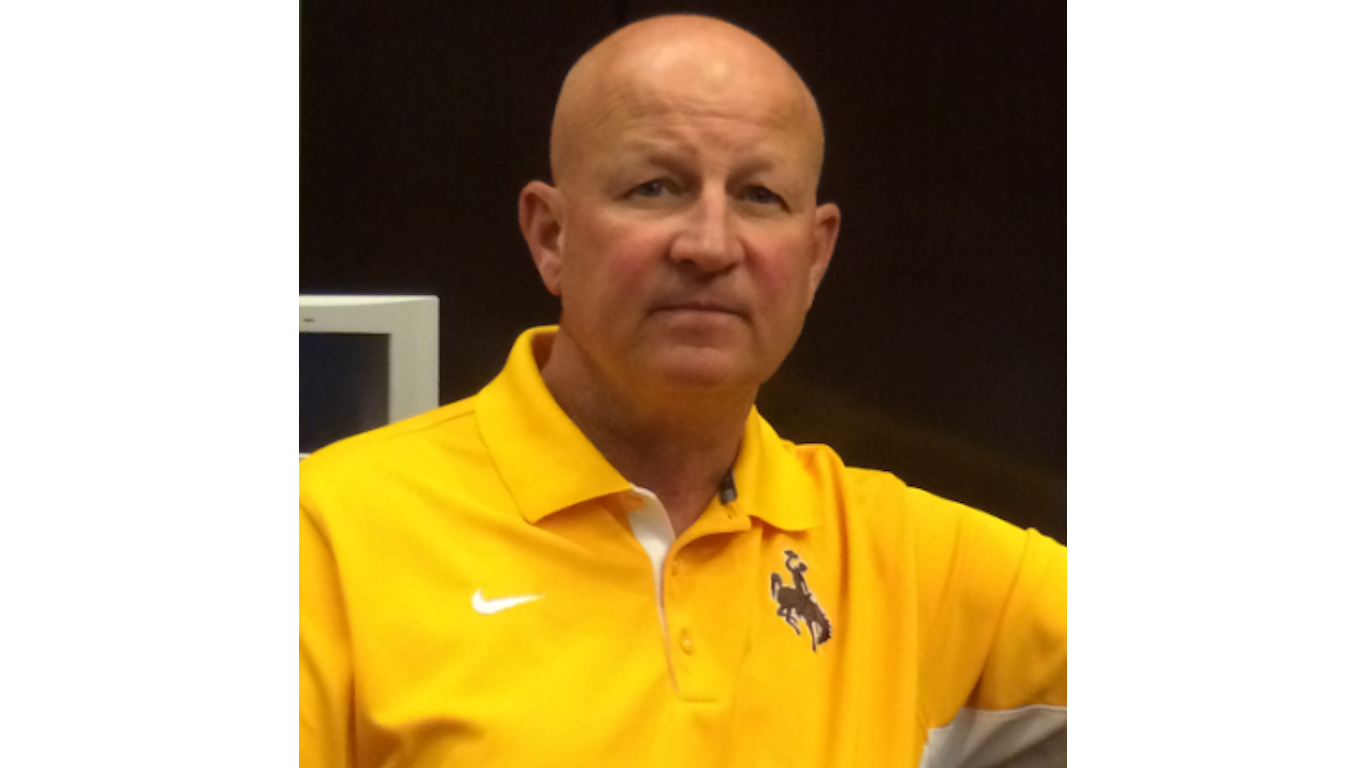 The University of Wyoming hired head coach Craig Bohle at the end of 2013. Bohle had previously led North Dakota State to multiple national championships. While Bohle is the highest paid public employee in Wyoming, his annual salary of less than $1 million is exceptionally low compared with other head coaches on this list.