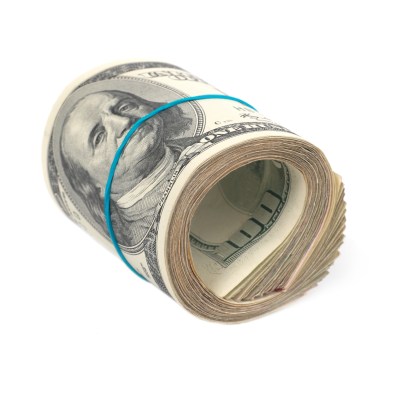 Source: Thinkstock
Nick Saban, the head coach of the University of Alabama football team, earns close to $7 million per year — more than any other public employee in the country. While the case can be made that Saban and other college coaches and university employees who earn many times the national median salary are not fully government funded, many still argue that taxpayer money should not fund even a portion of the millions of dollars these coaches make.

While many coaches earn several millions of dollars per year, there are caveats to these paychecks. For one, a typical major school’s athletic program can bring a public university tens of millions of dollars in revenue. Saban has led the Alabama Crimson Tide to three national championships, and the program’s success has resulted in several tangible and intangible revenue streams. According to The Wall Street Journal, University of Alabama’s athletic program brought in $68 million before Saban became head coach. In 2013-2014, revenue had increased to $153 million.

Click here to see the highest paid public employee in each state.

Another important factor to note is that unlike most government positions, while these public schools are partially funded by taxes, usually the college coaches’ salaries are not primarily funded by the states’ tax revenues. All but $200,000 of Saban’s salary comes from a foundation sustained by ticket sales and advertising deals generated by the Crimson Tide program.

Still, these highly-paid college coaches are employed and being paid by a publicly-funded institution. Newly-hired University of Michigan coach Jim Harbaugh receives a $500,000 base salary from the school. Critics argue that while such coaches are part of programs that bring in tens of millions of dollars in revenue to the school, the actual value of their contribution to this revenue is debatable. They argue that they talent of the actual players is far more intrinsic to victories, prestige, and ticket sales. The players, of course, receive no salary for their efforts apart from a partially-funded or free education and small stipends.

Outside of the college sports world, the highest-paid employees are also in programs where the public and private worlds intersect. Many of the university programs where these employees work are often fully or partially self-sustained with other sources of income and receive some to no tax dollar. In many states, the executives at public utility trusts and funds earn hundreds of thousands of dollars per year. Chief medical examiners, medical school deans, and university surgery chairmen can earn hundreds of thousands of dollars per year at state school-run hospitals.

While coaches can earn such high salaries, most state employees — including the state governor — earn much smaller salaries. In Idaho the Boise State football and basketball coaches are each compensated over half a million dollars annually — a stark contrast to the more than one-third of Idaho state employees who earn less than $40,000 a year.

Because the salaries of even the highest state officials are funded entirely by tax dollars, they also make significantly less than public university coaches. While many coaches’ salaries are in the millions of dollars, not a single state governor makes more than $200,000 a year. In California for example, UCLA football coach James Mora’s salary is nearly 20 times that of California Governor Jerry Brown.

To determine the highest-paid public employee in each state, 24/7 Wall St. considered reports of public salaries based on state government payrolls and public documents. All college football and basketball coach salaries are based on USA Today’s consolidated list of NCAA coach salaries, which includes school pay for 2014 in the case of football, and 2015 in the case of basketball. In the case where a coach received a raise or was newly hired, the more recent available information was used. All data are based on the most recent available information.

These are the highest paid public employees in every state.