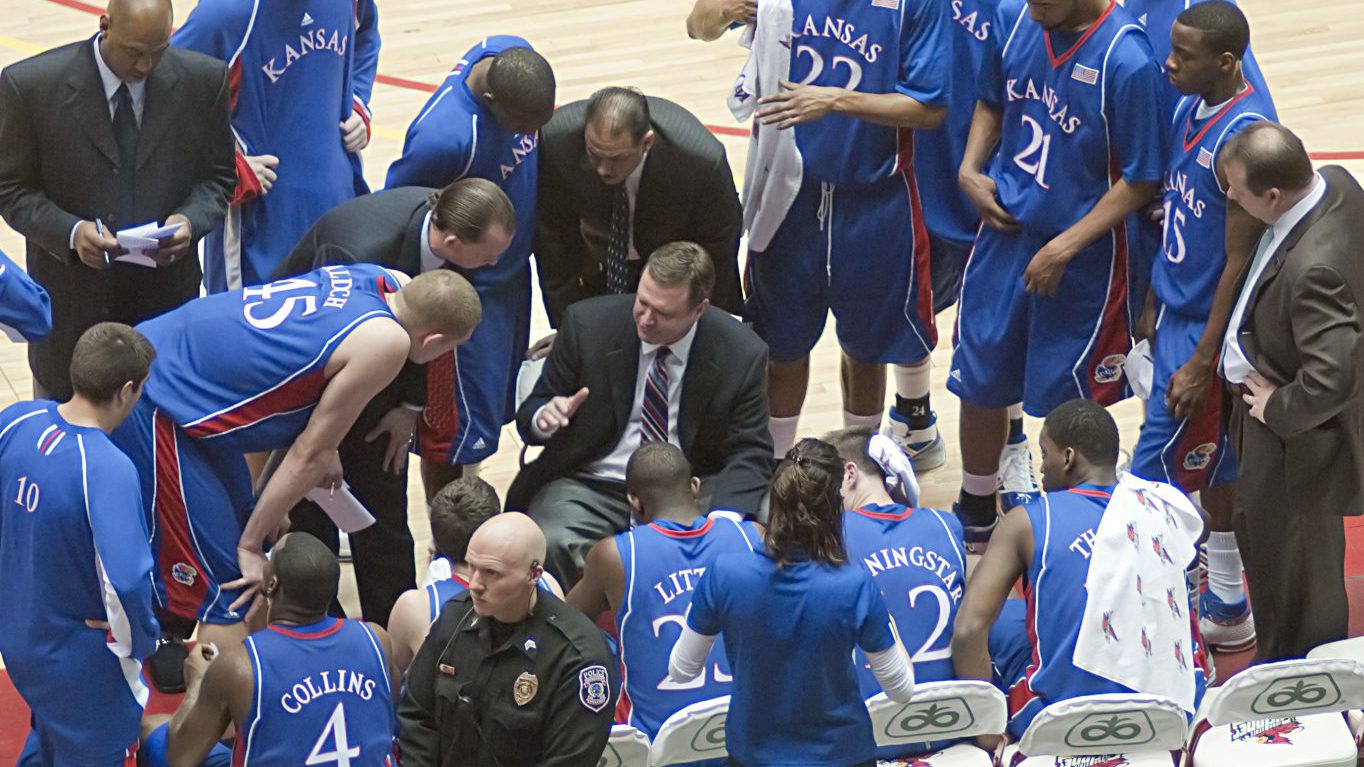 Kansas University’s men’s team is one of the most successful and popular basketball teams in the nation. As head coach of the University of Kansas Jayhawks, Bill Self is paid close to $5 million annually. 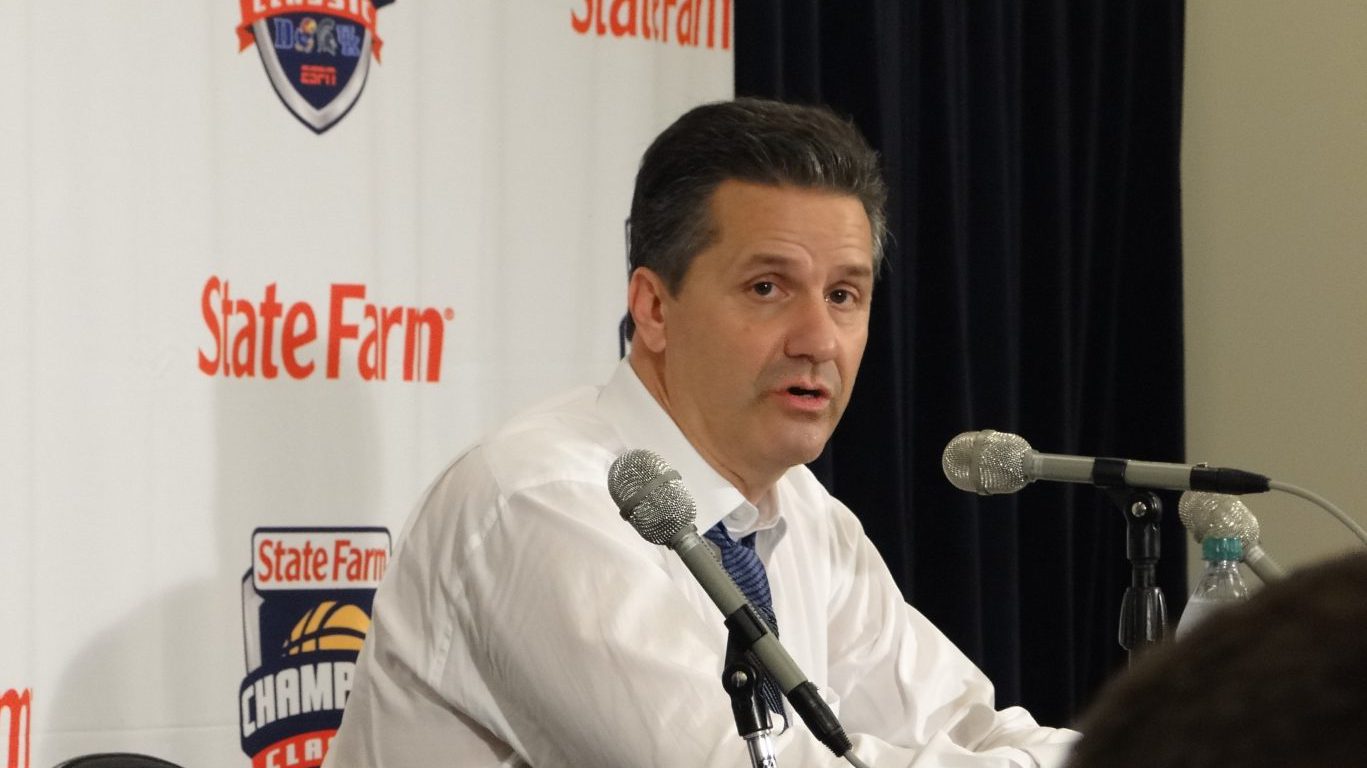 During the 2014-2015 season, University of Kentucky men’s basketball head coach John Calipari led the Wildcats to 38 straight wins without a loss, the best start in school history. His $6.88 million annual salary is the highest of any public employee in the state. Kentucky is the only state in the Southeastern Conference whose top-earning public worker is not a college football coach. 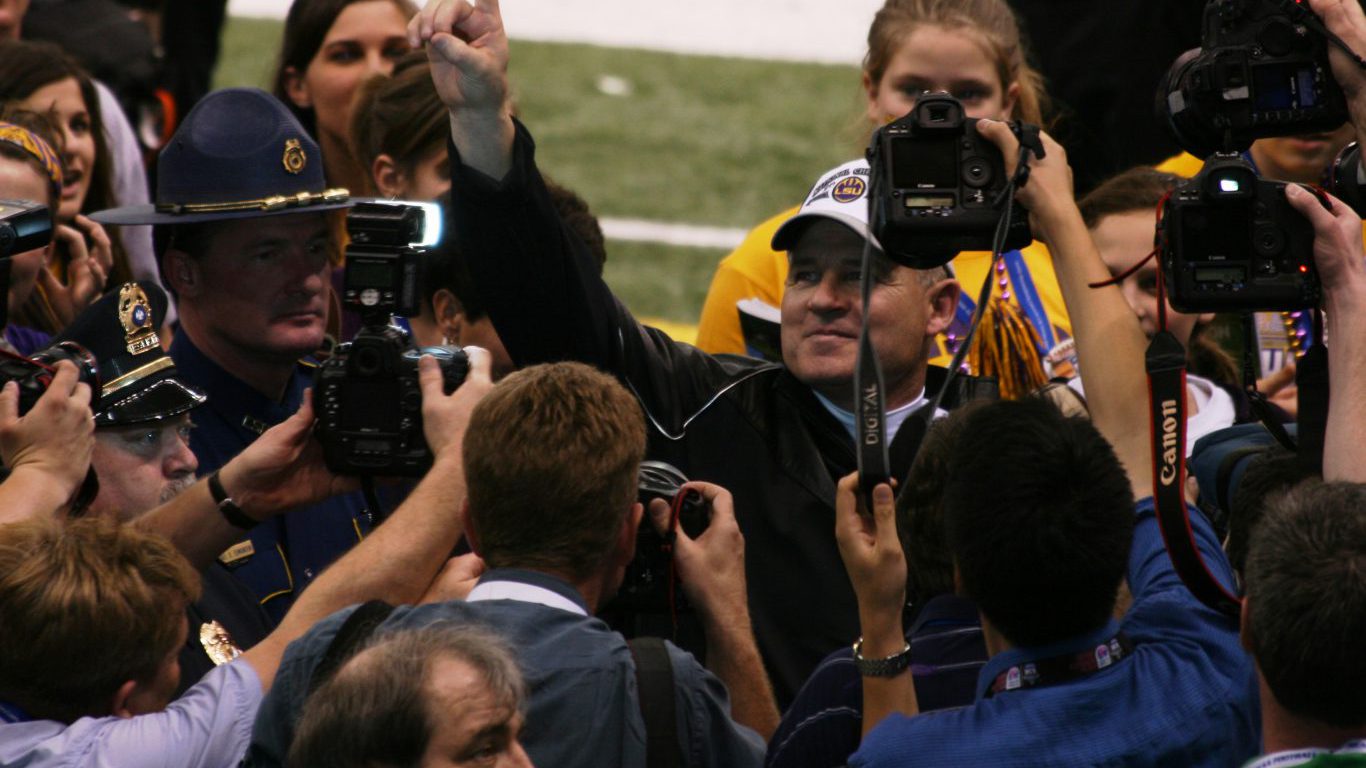 Like nearly every state in the Southeastern Conference, the highest paid public employee in Louisiana is a college football coach. In the latest season, head coach of the Louisiana State University football team Les Miles was paid $4.39 million. Under his current contract, Miles will coach the Tigers through the 2019 season. 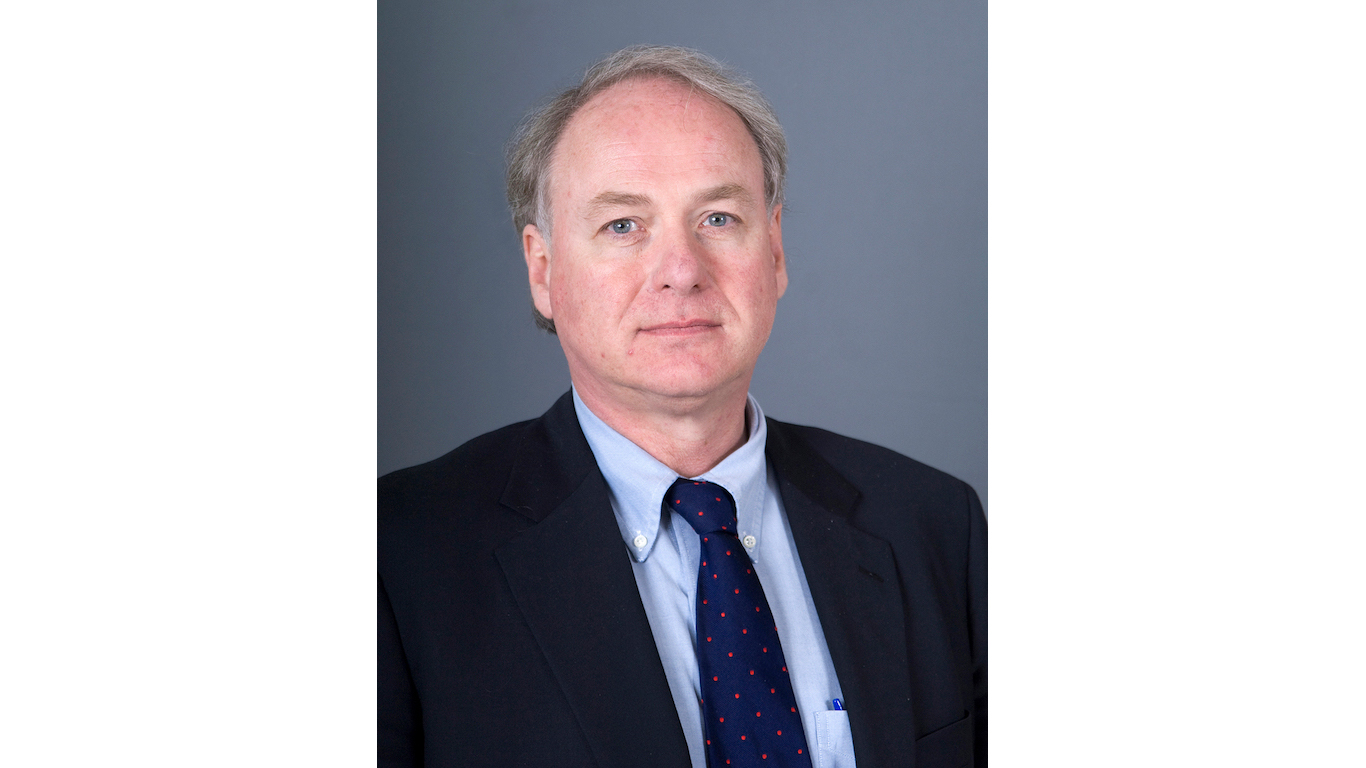 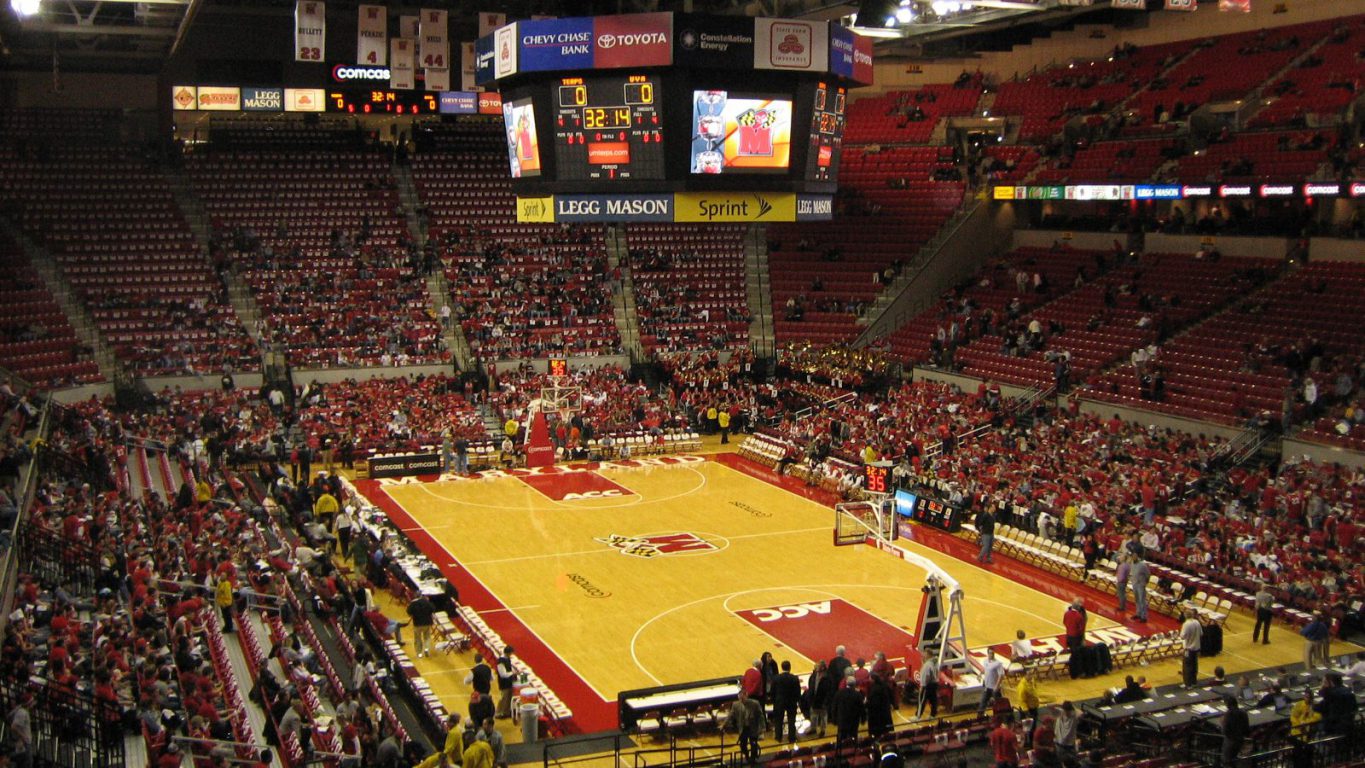