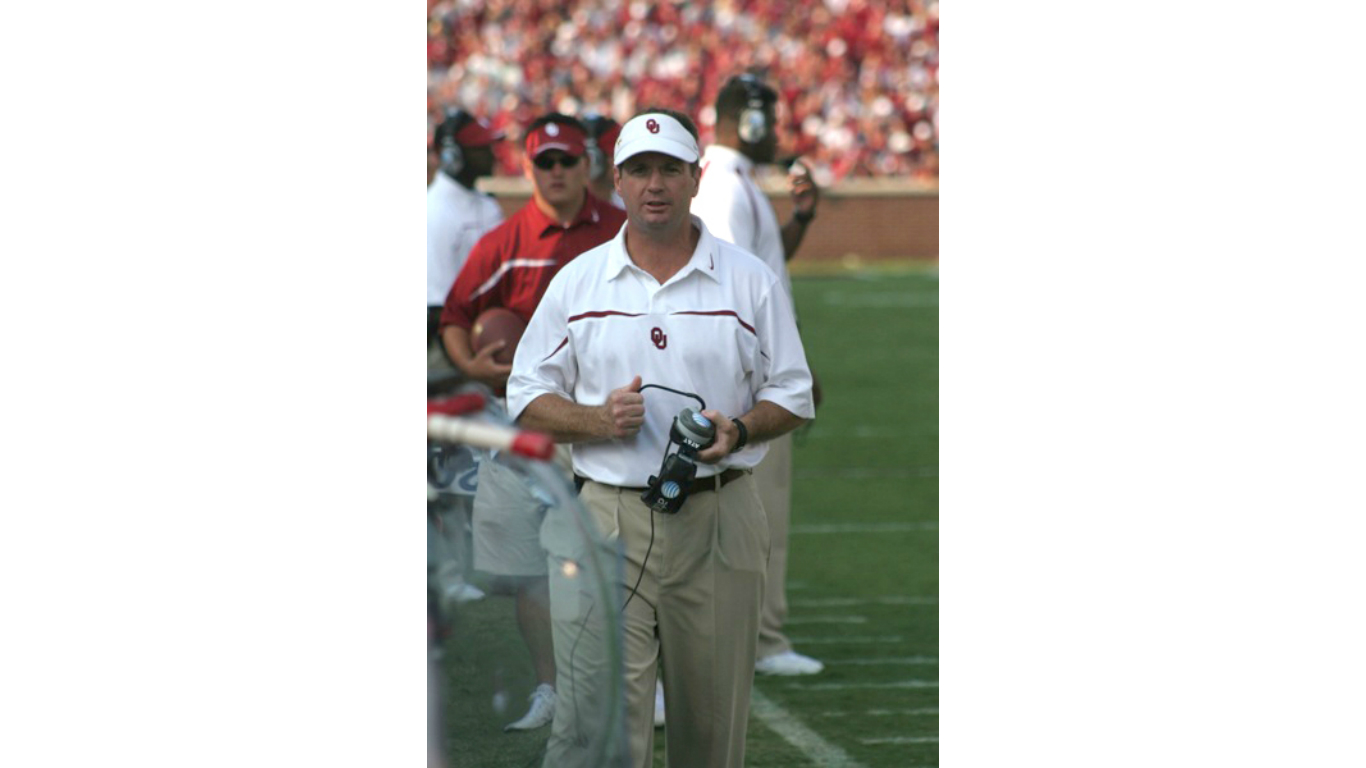 Bob Stoops is one of the longest-serving football coaches in the nation. He has spent nearly 20 years in Oklahoma coaching football, and his most recent contract extension will keep him at the University of Oklahoma until 2021. Many attribute OU’s football success to Stoops, who has led the team to a national championship and nine conference titles. With an annual salary of $5.9 million, he is the best paid employee in the state. 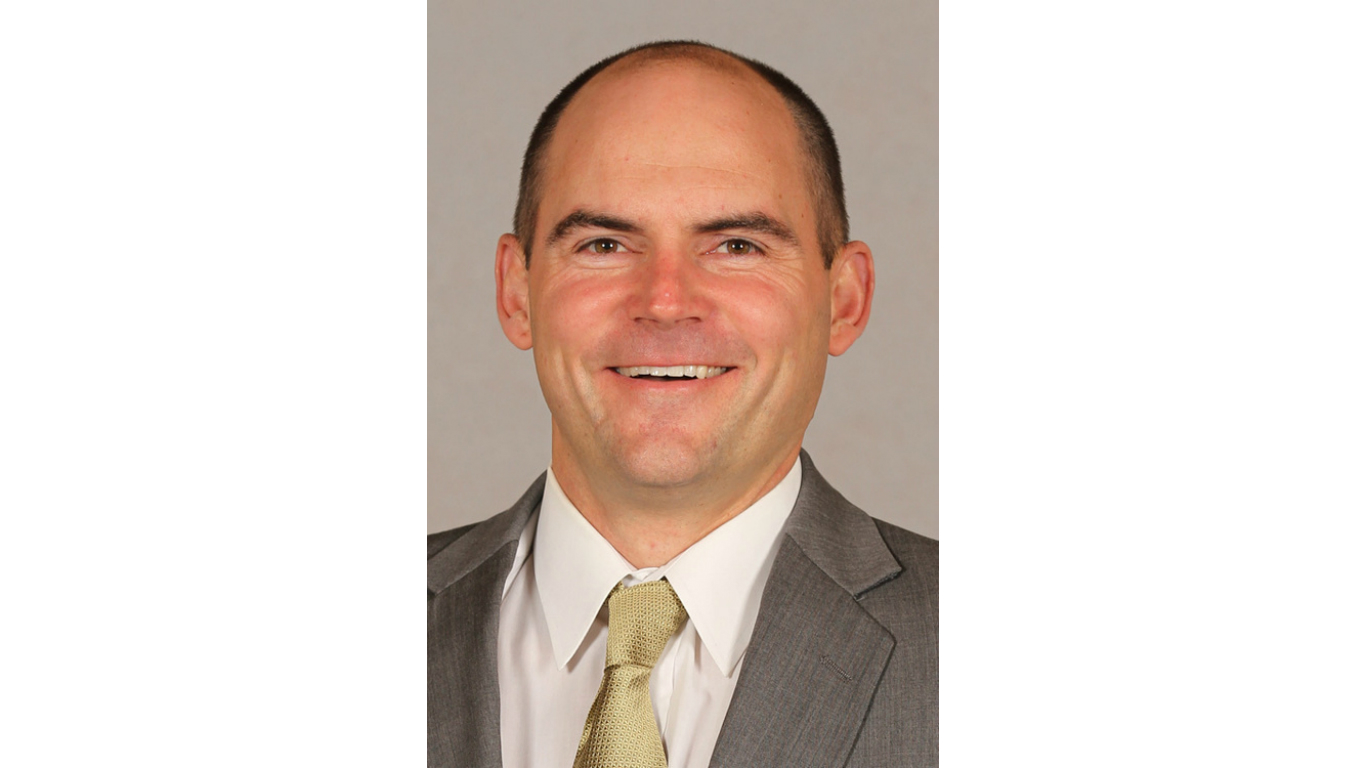 In his second season, Mark Helfrich led the Oregon Ducks to the College Football Playoff National Championship game. Perhaps as a reward for his strong performance, the University of Oregon signed Helfrich to a new five-year, $17.5 million contract. He was paid $3.15 million for the 2015 season, the highest pay of any public employee in Oregon. 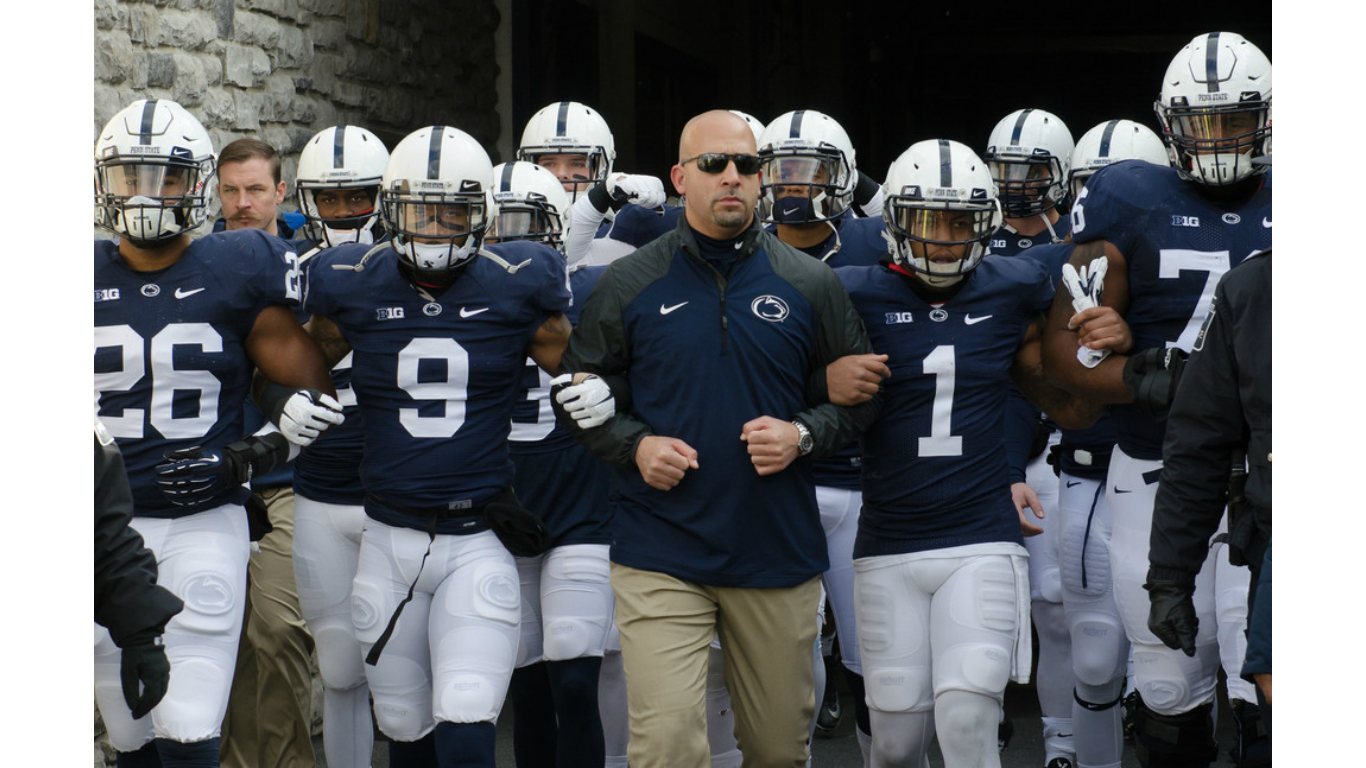 In 2014, James Franklin was announced as the 16th head coach of the Pennsylvania State University football team. That season, Franklin became the second coach in team history to win the first four games of his rookie season. Last season, Franklin led the Nittany Lions to seven wins and six losses in the regular season, and was paid $4.4 million — the highest salary of any public employee in Pennsylvania. 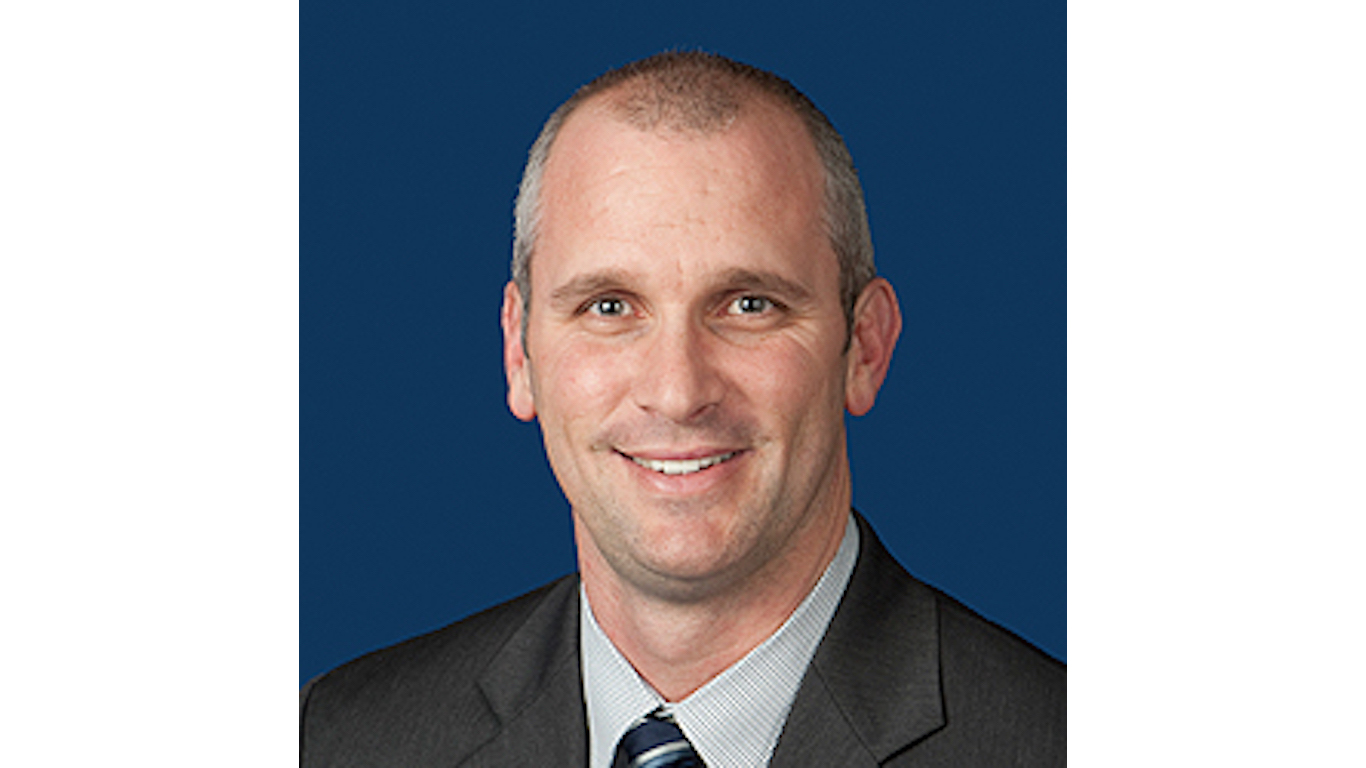 For the 2016 season, head coach of the University of Rhode Island men’s basketball team Dan Hurley was paid $990,417, the most of any public employee in the state. Hurley makes roughly three times more than the next highest paid state employee, the president of URI. 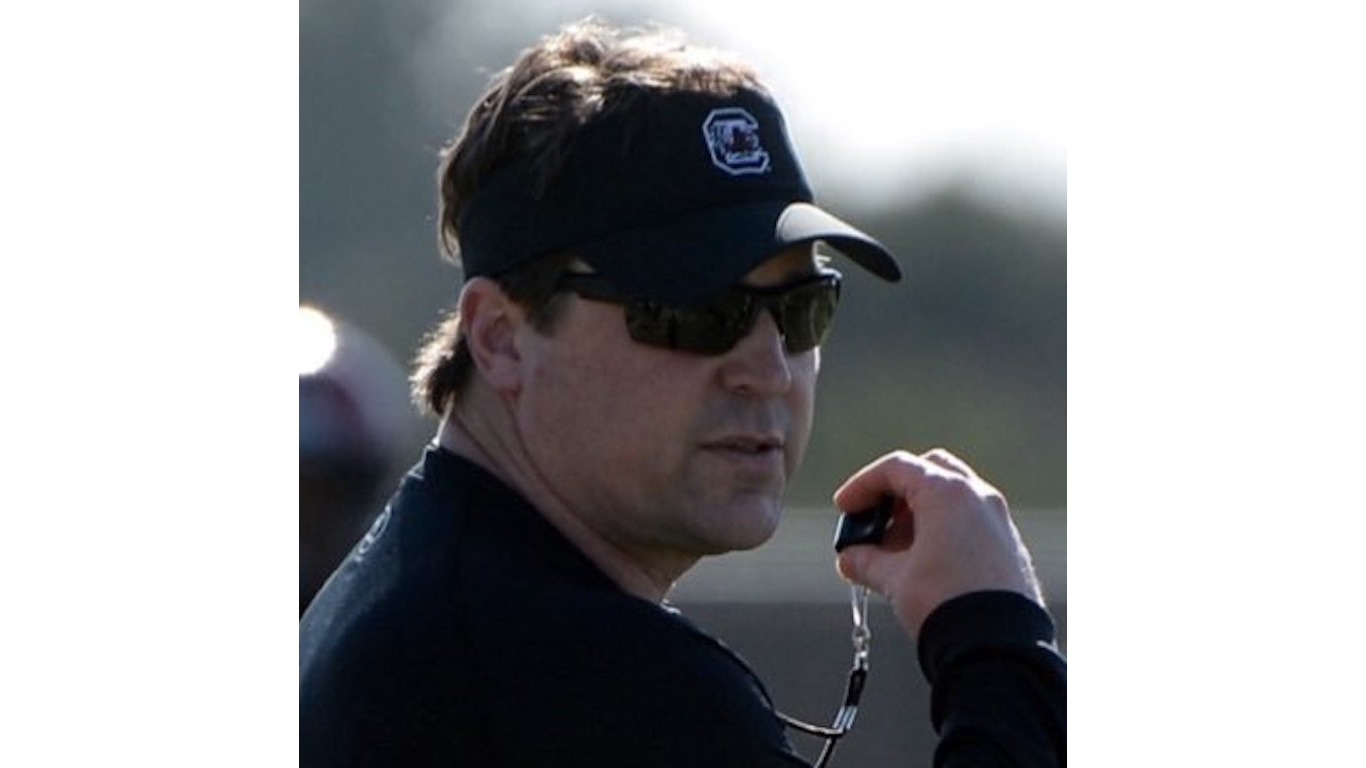 Among top paid head coaches on this list, Will Muschamp is one of the newest to his current job. He joined the University of South Carolina Gamecocks this January, replacing previous head coach Steve Spurrier. With the Gamecocks lagging behind other competitive college football programs, pressure on Muschamp is high.