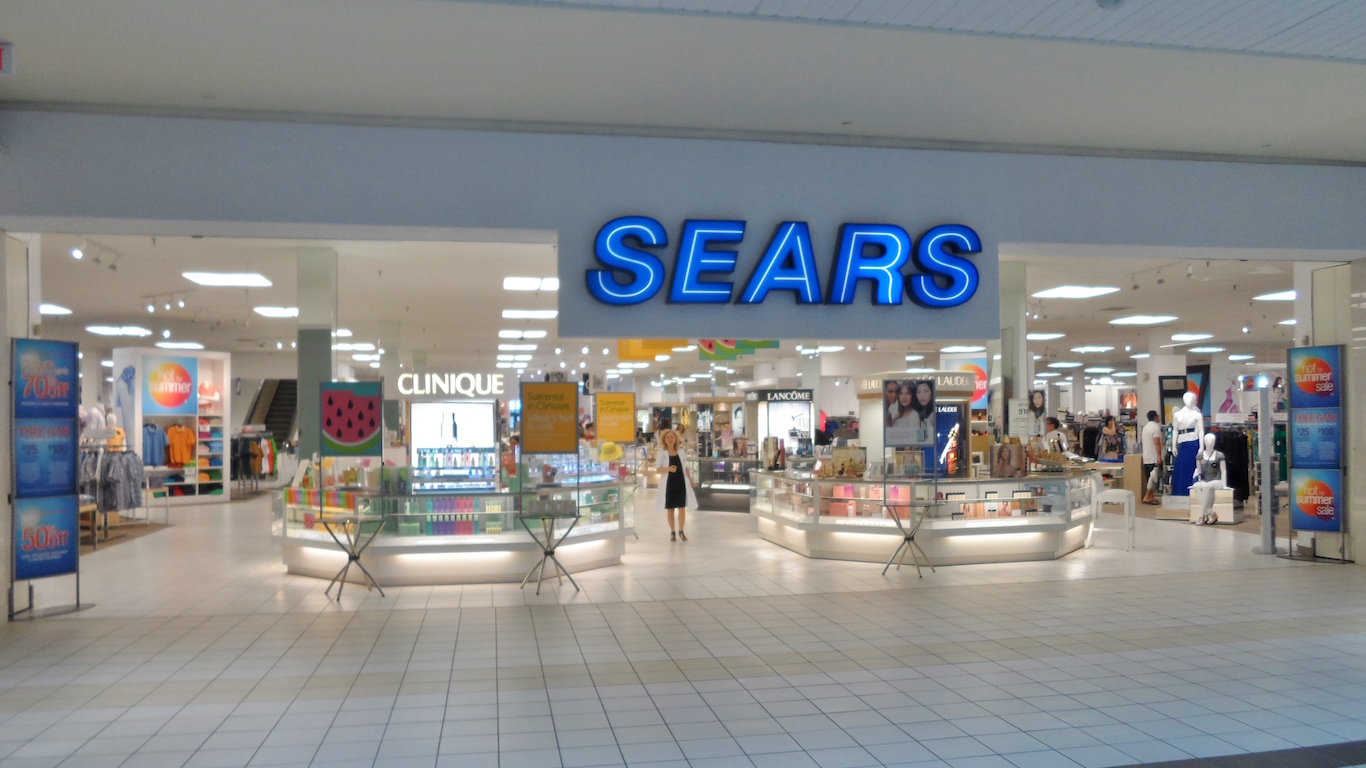 Sears Holdings Corporation is the parent company of the Sears and Kmart brands. Frontline employees at these stores are not paid especially well. The average pay of hundreds of cashier salaries reported to job review website Glassdoor is $8.34 per hour.

While cutting labor costs by paying low wages appears to be helping most companies on this list achieve tremendous financial gains, this does not seem to be the case with Sears. Comparable sales have declined each year for over a decade. As a consequence, store closures and layoffs have become routine in recent years. The company’s U.S. workforce of 178,000 is down from 315,000 in 2007. 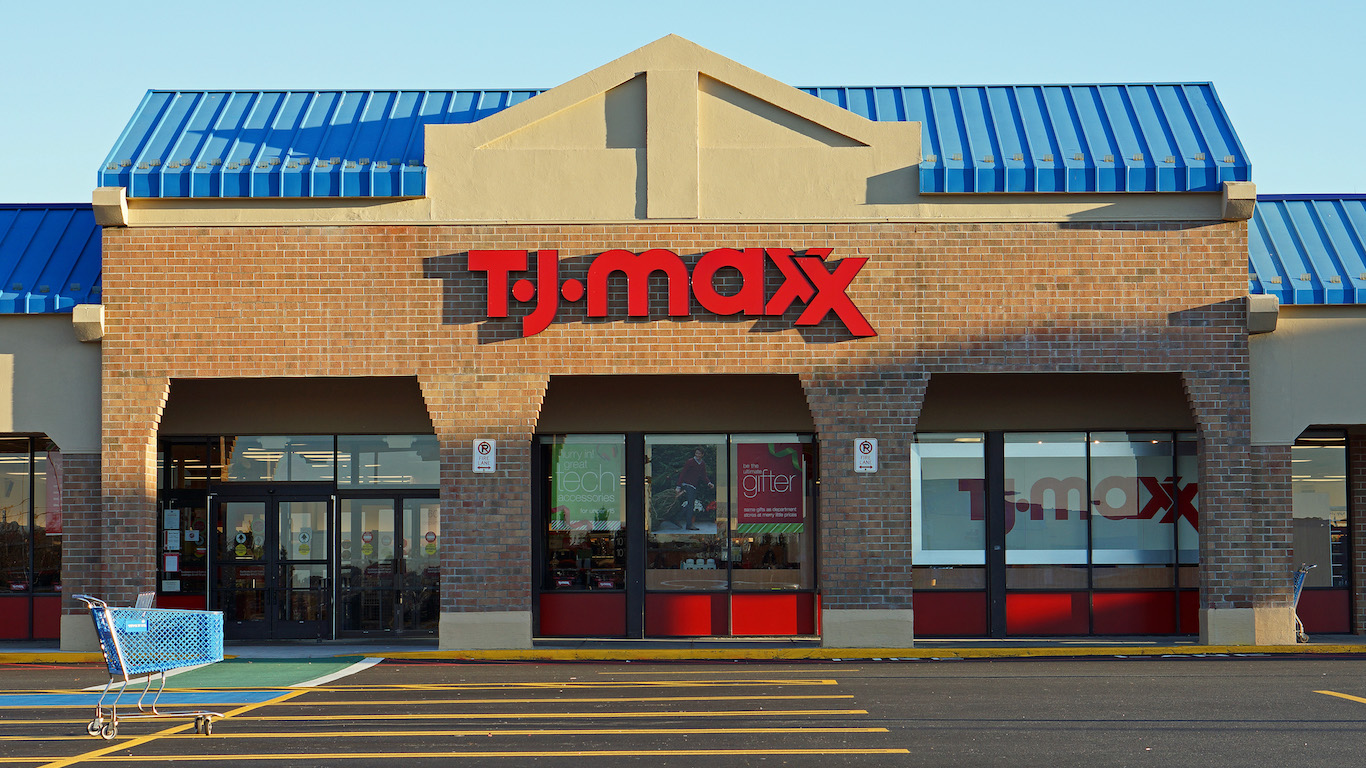 The TJX Companies, which owns and operates retailers such as T.J. Maxx, Marshalls, and HomeGoods, employs 216,000 people. The company announced last year it would increase the minimum wage of workers who had been employed at the company for at least six months to $9 an hour in 2015, and to $10 an hour this year. Assuming a 40-hour workweek and 52 weeks a year, $10 an hour comes to $20,800 annual wage. As of January 31, CEO Carol Meyrowitz stepped down and was replaced by Ernie Hermann. Before she departed, Meyrowitz received an annual salary of $19.6 million. 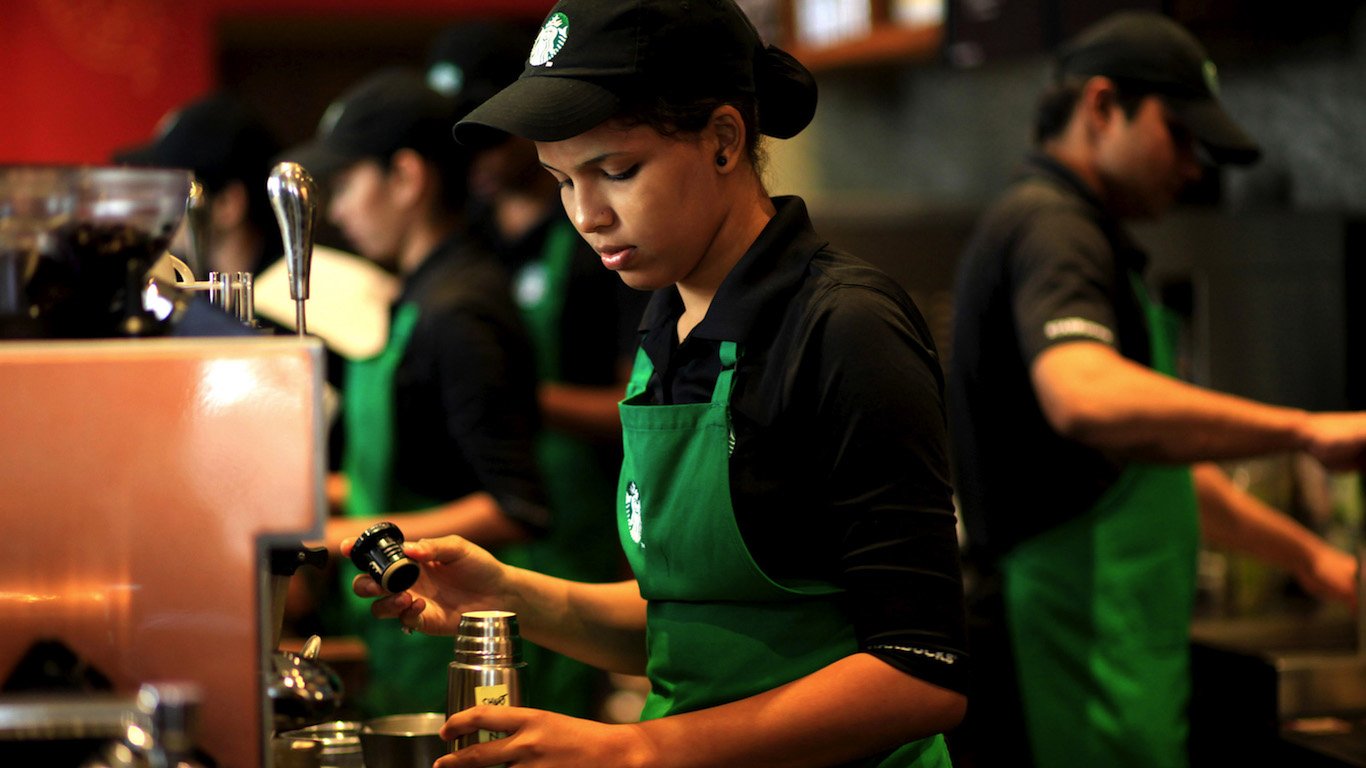 As is generally the case in the service industry, wages at Starbucks are some of the lowest in the United States. In addition to their meager paychecks, the substantial number of Starbucks employees working part time also lack of benefits and have low job security. Starbucks employees have also complained of erratic hours, which can make ordinary life planning a challenge.

CEO Howard Schultz’s salary of over $20 million is in stark contrast with the low pay of his employees. His compensation is one of the highest even compared with other chief executives.