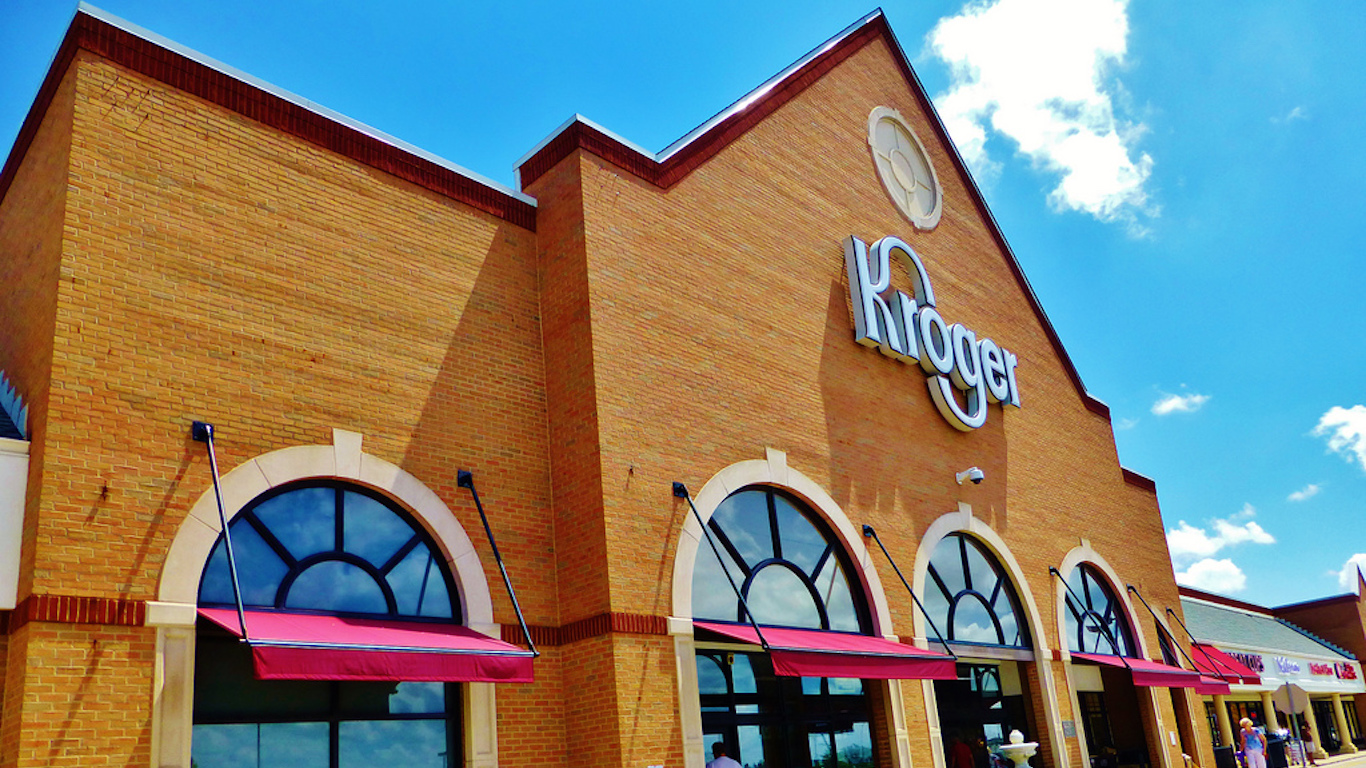 Supermarket chain Kroger employs over 430,000 workers at more than 2,700 stores. Based on hundreds of employee reviews on Glassdoor, the average front-line worker at Kroger locations do not earn much more than the minimum wage — cashiers earn an average of $8.39 an hour. Working full-time, year round, a cashier earning these wages would make $17,451 annually before taxes. In contrast, company Chairman and CEO W. Rodney McMullen earned $11.75 million last year. Meanwhile, company profits have steadily increased in recent years. Net income of the Cincinnati-based company rose from $2.73 billion in fiscal 2013 to $3.58 billion in fiscal 2015.

Yum! Brands is the owner and operator of fast food chains KFC, Pizza Hut, and Taco Bell. The vast majority of workers at these fast food chains are part-time, hourly paid employees. Based on salaries reported to Glassdoor, delivery drivers, crew members, shift managers and cooks are paid as little as $8 per hour.

24/7 Wall St.
The Most Dangerous Cities in America

C. Douglas McMillon’s annual compensation of nearly $20 million is one of the largest even among U.S. chief executives. Yet McMillon’s salary pales against the wealth accumulated by the Walton Family, two of whom currently serve on Wal-Mart’s board of directors. With a combined worth of more than $140 billion, the Waltons are the wealthiest family in the United States by a wide margin. Meanwhile, Walmart employs the largest force of low wage workers in the world.

After four consecutive years of revenue gains, Walmart reported a 0.7% decline in revenue in fiscal 2016 compared to fiscal 2015. Walmart’s latest revenue of $482.13 billion still dwarfs the revenue of any other U.S. company.