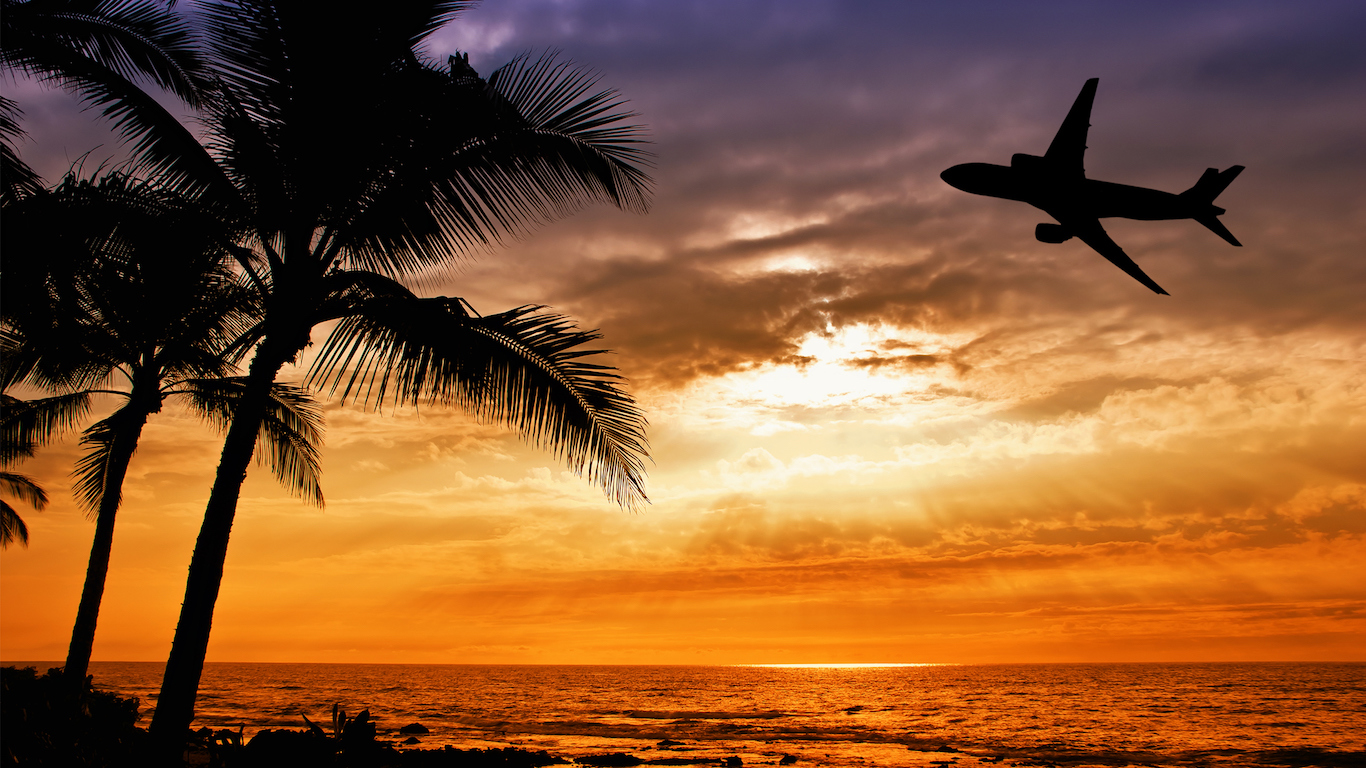 Because of Hawaii’s unique location in the middle of the Pacific Ocean, ships and aircraft traveling from the West Coast to Asia and Australia stop there to fuel. While a large share of the goods transported on these vessels were not produced in Hawaii, they are technically counted as exports out of the state. Despite not manufacturing any aircraft on its own, the state exported $878 million worth of airplane and airplane parts in 2015. Similarly, while Hawaii does not produce oil, the state exported $315 million worth of petroleum. Hawaii’s largest trading partner is Australia, followed by Singapore and Japan. 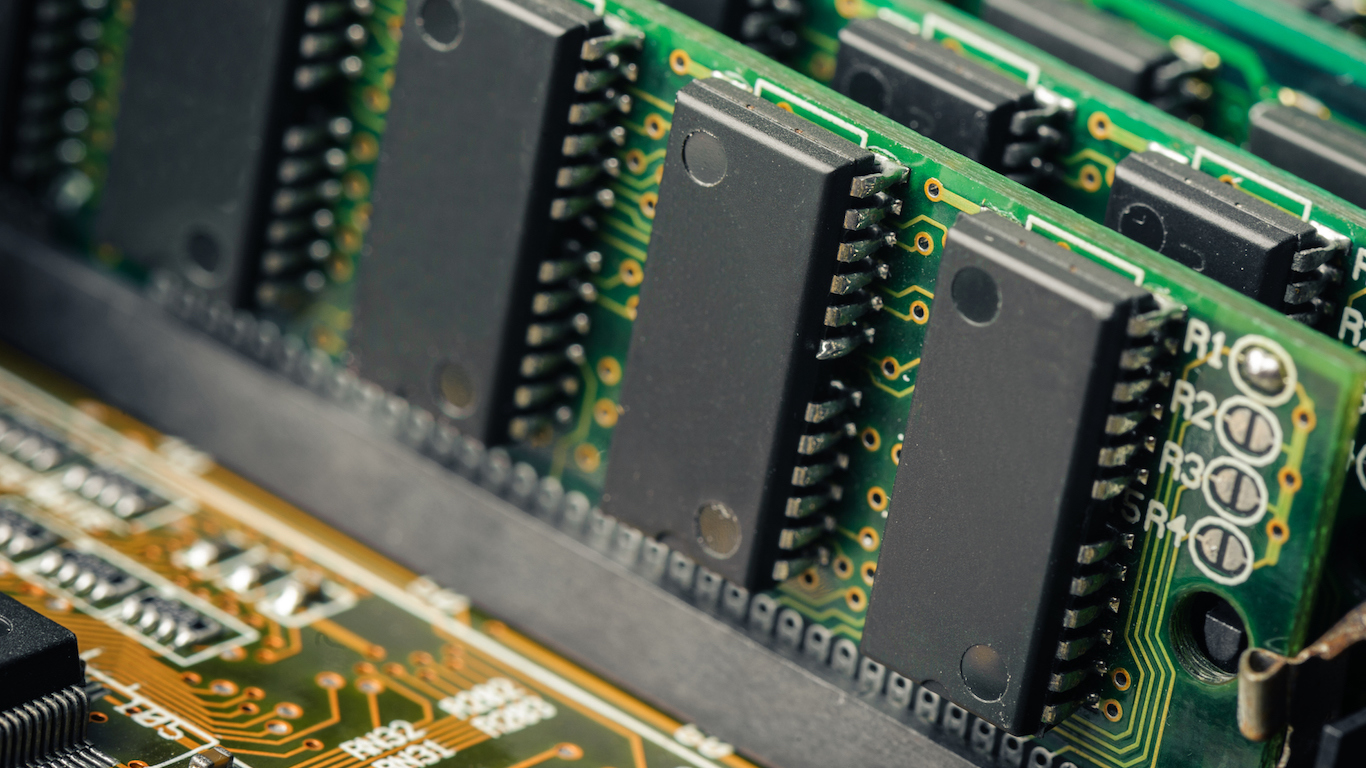 The product most Americans would immediately associate with Idaho is potatoes. However, a massive share of Idaho’s substantial potato crop never leaves the United States, and because it is landlocked, potatoes may be processed or shipped to other states before they leave to destinations abroad. For this reason, Idaho’s potatoes are only the eighth largest state export, behind, among other goods, silver and oscilloscopes and other spectrum analyzers. The state’s largest export is memory chips, which is not too surprising given that Micron Technologies, a major chip manufacturer, is headquartered in the state capital of Boise. 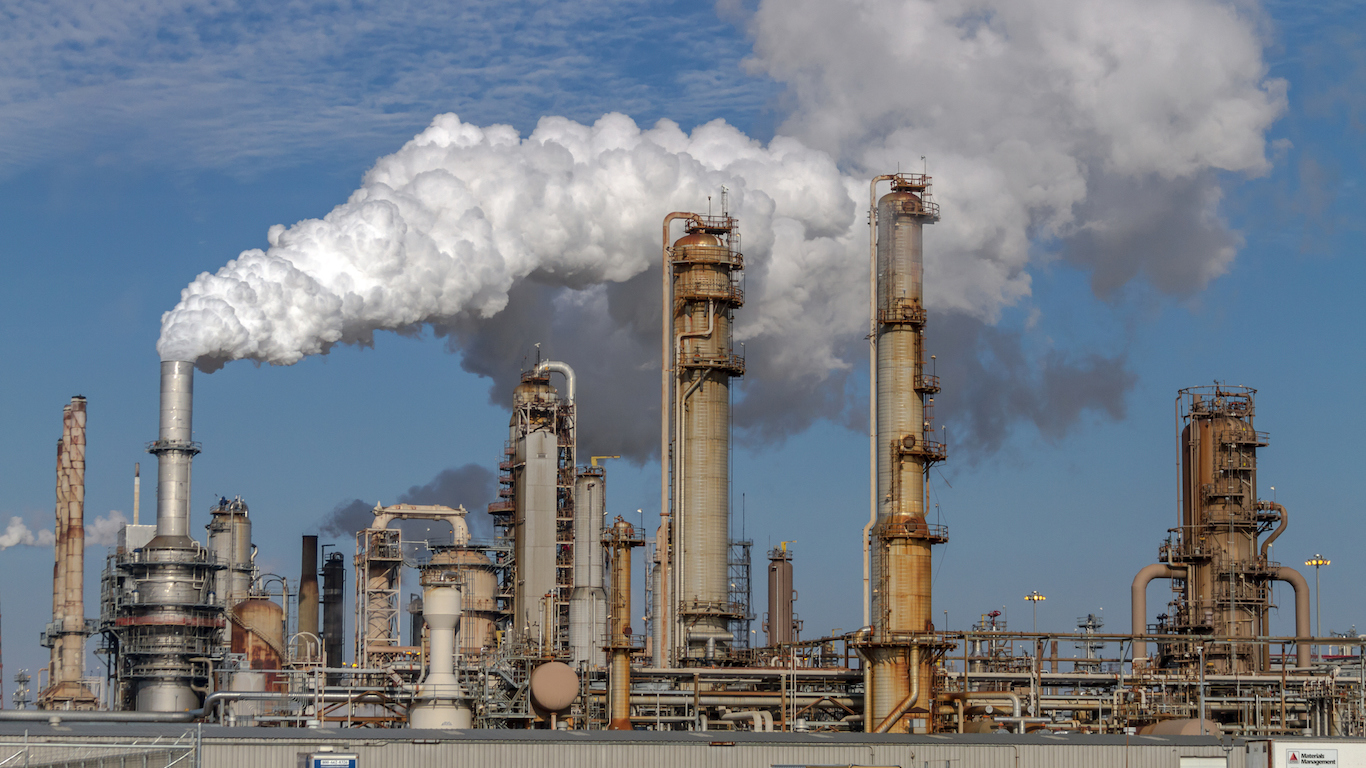 Illinois exported $3.49 billion worth of petroleum in 2015, the most of any product and among the most petroleum of any state. According to the U.S. Energy Information Administration, there are eight crude oil pipelines and nine petroleum product pipelines that cross through Illinois, making the state a major transportation hub for crude oil. Illinois also has the greatest crude oil refining capacity in the Midwest. The price of oil has dropped precipitously in recent years. Partially as a result, the value of Illinois’s petroleum exports declined 42.8% in 2015. 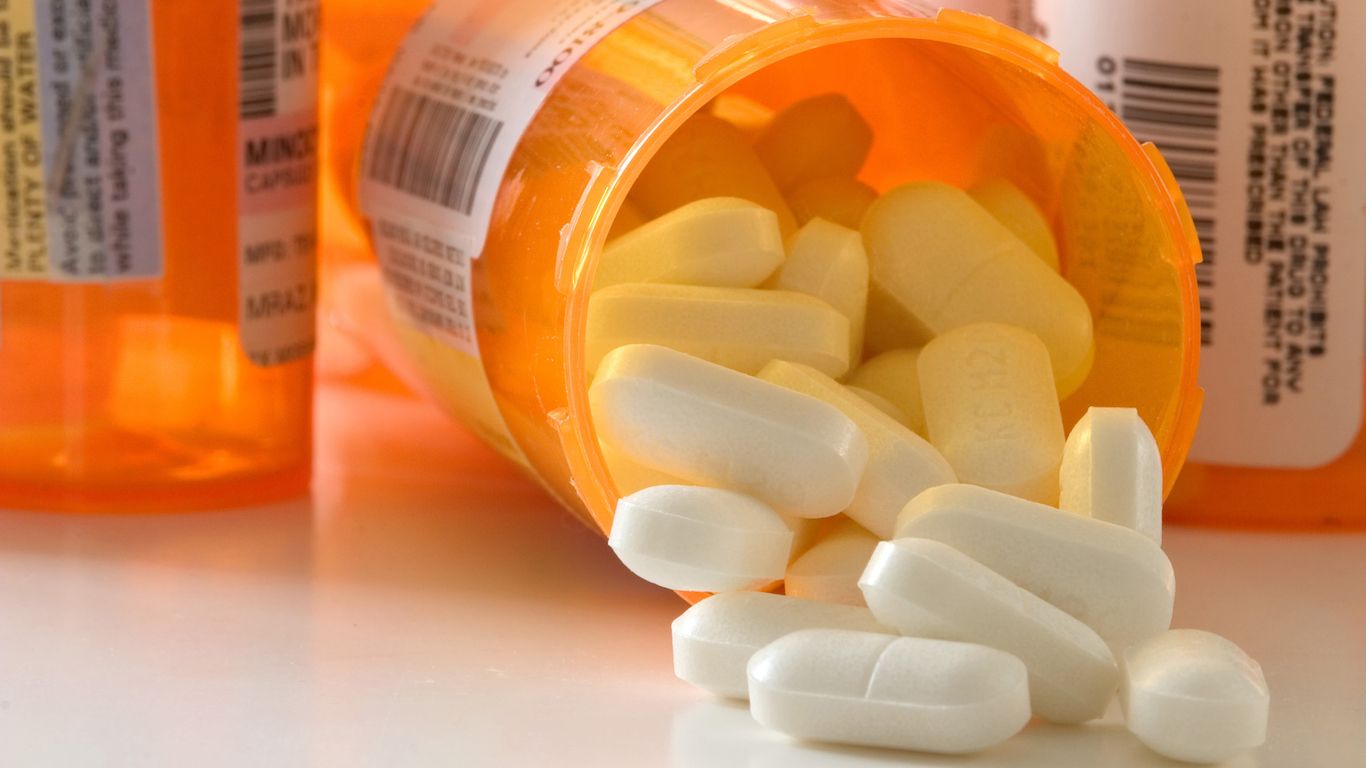 Indiana exported $4.45 billion worth of medication in 2015, the most of any product and the most medication exports of any state. Pharmaceutical giant Eli Lilly, which was founded in Indianapolis 140 years ago, today employs over 12,000 residents throughout the state. Indiana is also home to more than 80 other biotech, pharmaceutical, and life science companies. The industry employs nearly 35,000 Indiana residents and accounts for 13.2% of total state exports. 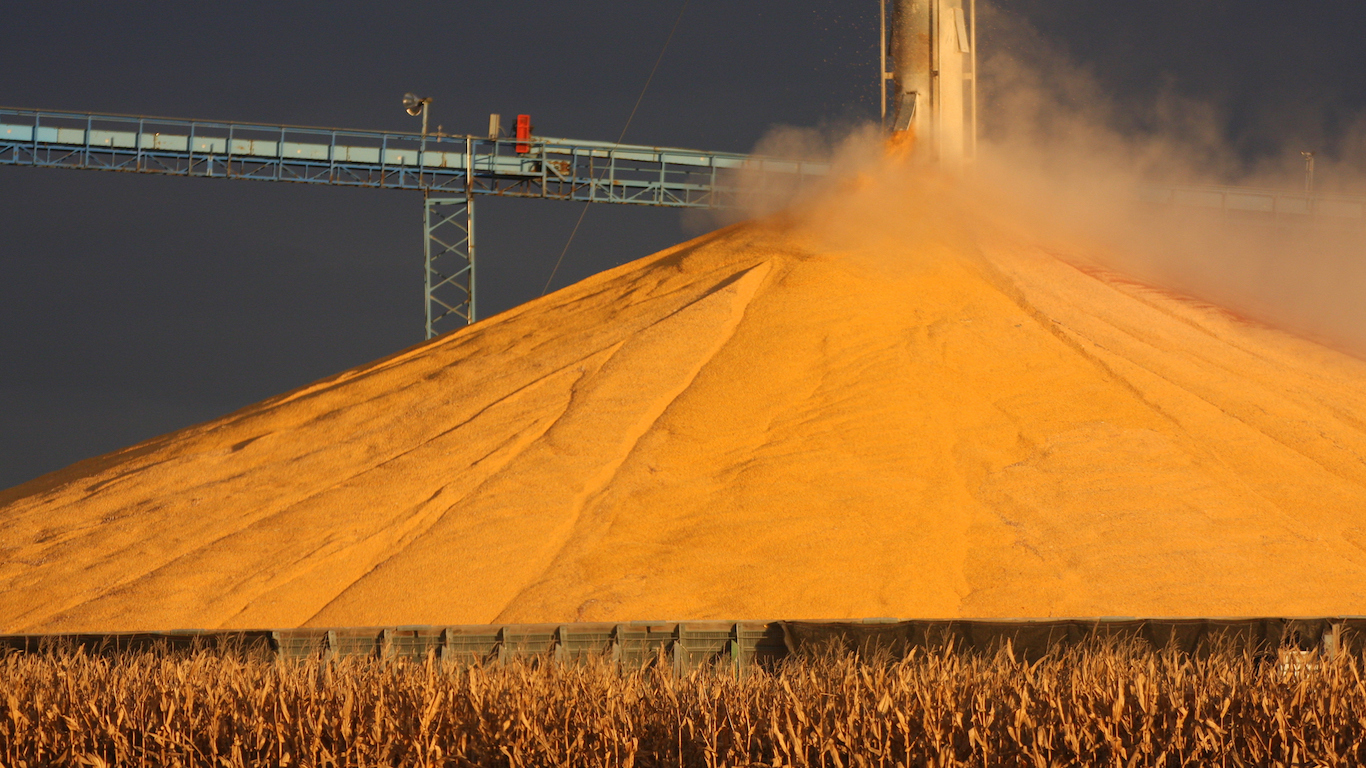 Iowa is the largest corn-producing state in the country. The state produces well over $8 billion worth of the crop in a single year, the most of any agricultural product. Nearly $1 billion of Iowa corn was exported in 2015.

About 30% of total state exports go to Canada, while approximately 16% go to Mexico. The state’s next largest exports are pork and tractors. On the whole, agricultural goods and related products account for well over one-third of the state’s total exports in a given year.