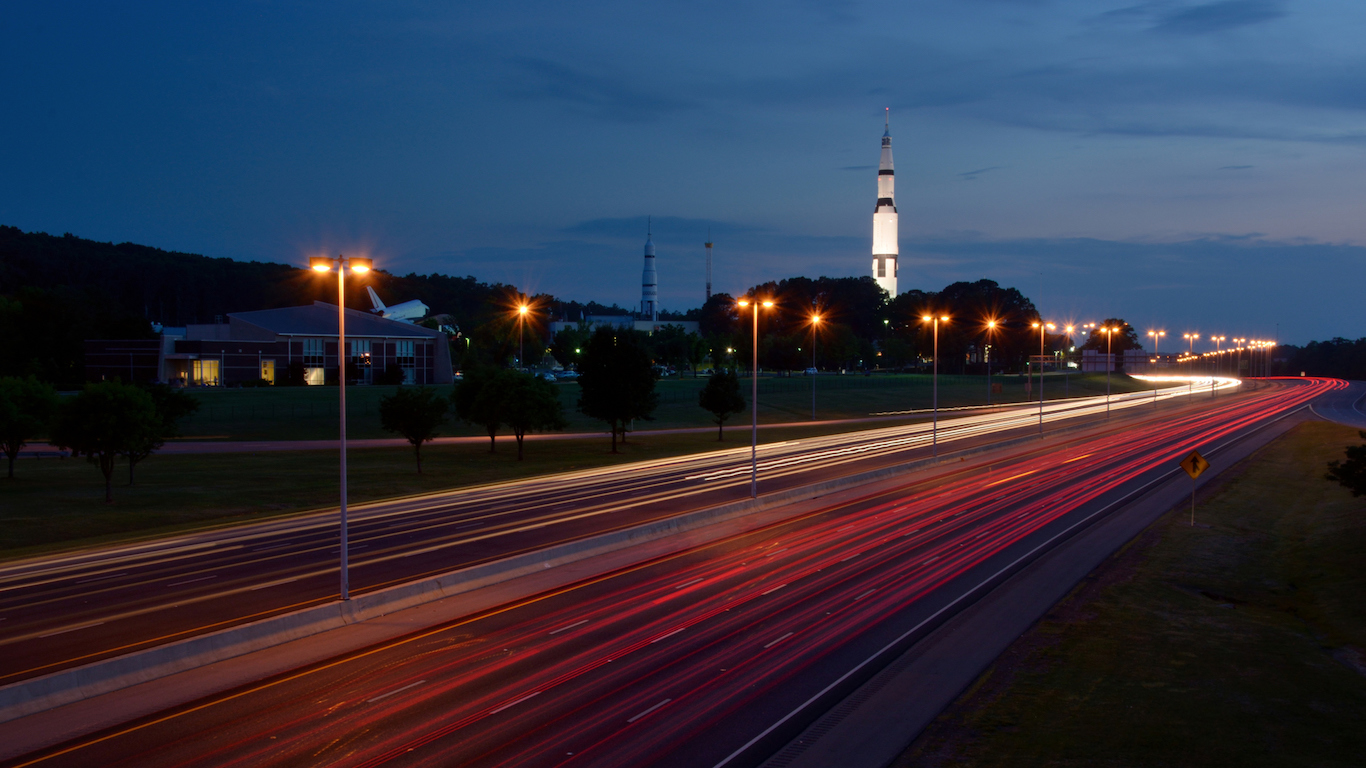 Like neighboring Tennessee and South Carolina, Alabama’s highest-value export is cars and passenger vehicles. Foreign automobile manufacturers have been moving their operations to the Southern U.S. since the 1980s, and today Alabama is home to assembly plants of Toyota, Mercedes-Benz, Honda, and Hyundai. The value of cars and passenger vehicles exported from Alabama rose to $7.03 billion in 2015, a 5.7% increase. Automakers also set a state record in 2015 for producing more than 1 million cars and light-trucks within the year. 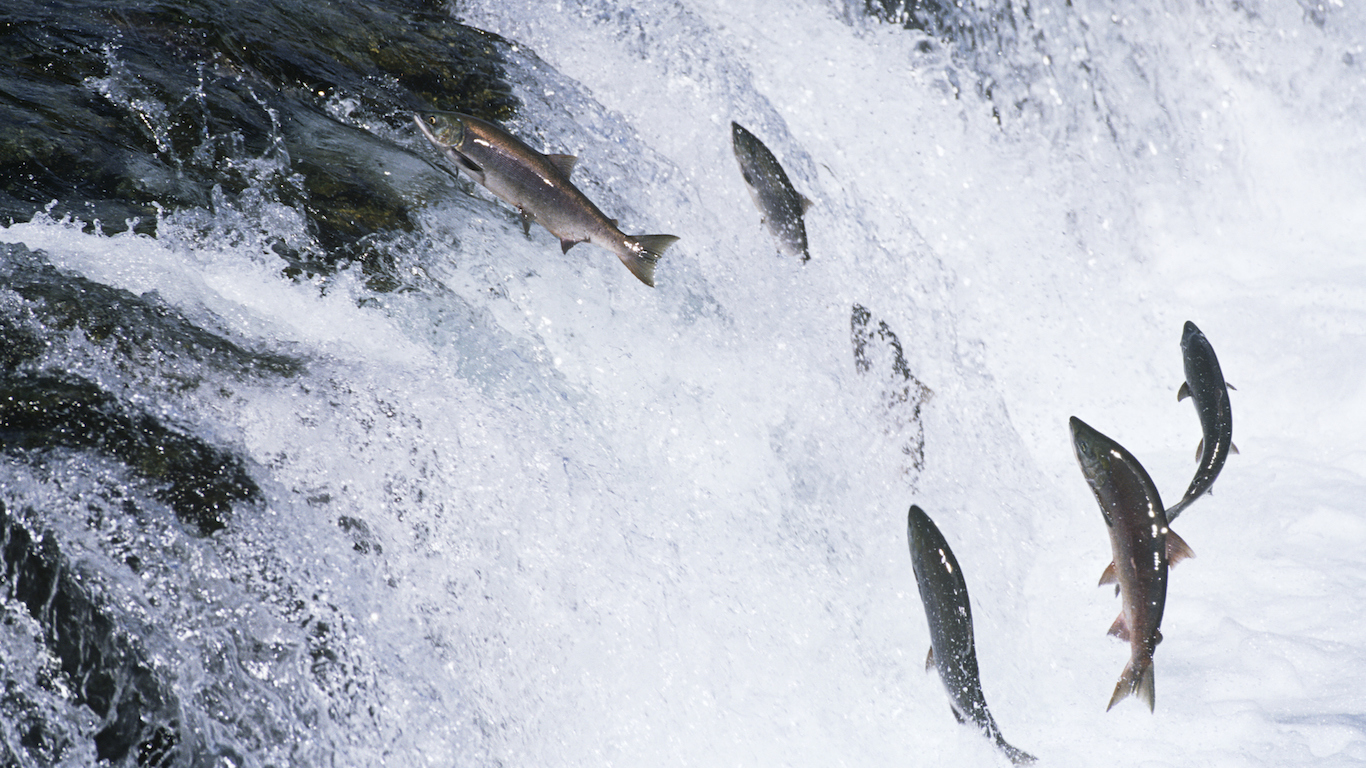 Alaska shipped $2.16 billion worth of fish overseas in 2015, 3.5% higher from the year prior and more than any other product in the state. The state also made history in 2015 by recording no commercial fishing deaths for the year. A notoriously dangerous industry, Alaska’s commercial fishing industry claimed 31 lives a year on average in the 1980s, although those numbers have declined in recent years. Fishing is also integral to the state’s economy, accounting for 46.3% of all export value — a larger share than the top export in all but two other states. 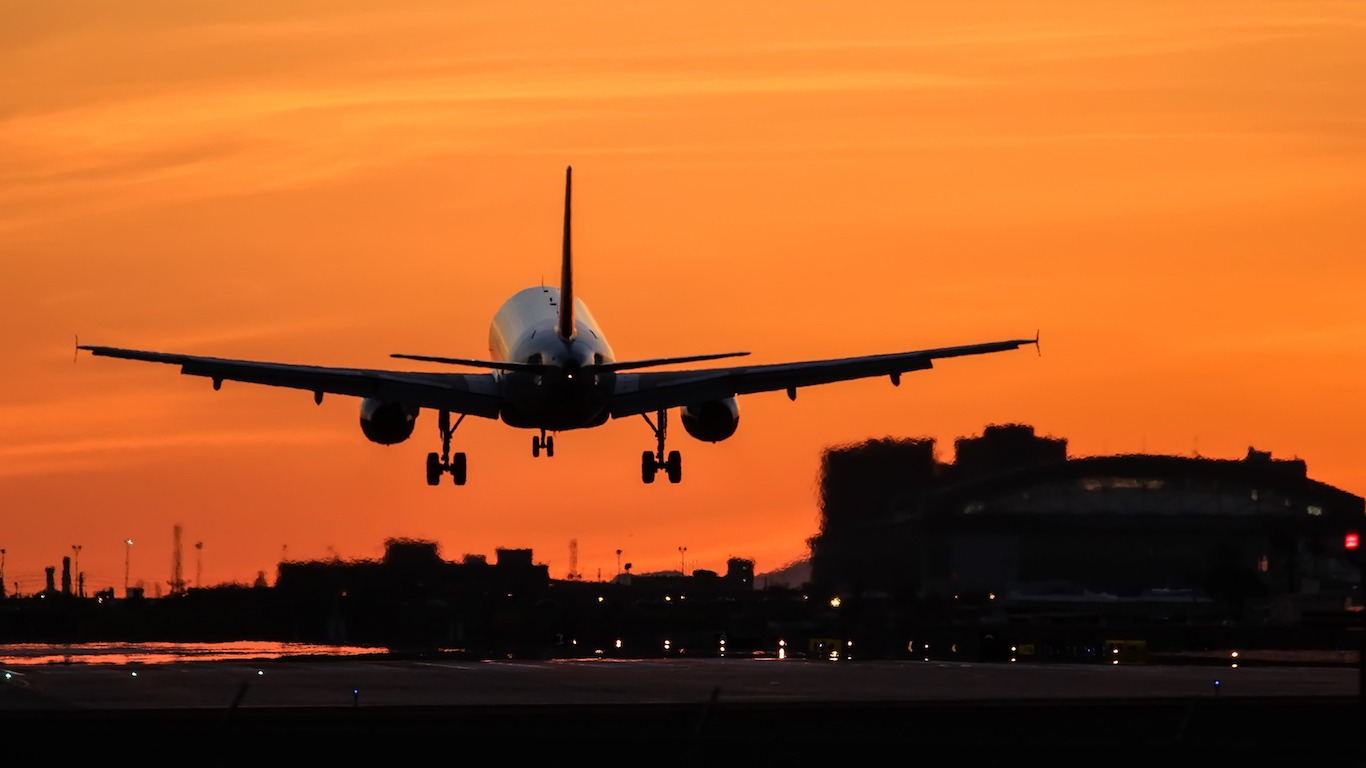 Like a number of states, Arizona’s highest-value export is airplanes and airplane parts. Arizona shipped $2.96 billion worth of airplanes and airplane parts outside of the country in 2015. Arizona companies also ship a substantial amount of aerospace products within the United States. The state is home to manufacturing plants of Boeing and Northrop Grumman, which frequently receive Department of Defense contracts. DoD spending accounts for roughly 4% of Arizona’s GDP, one of the largest shares of any state. 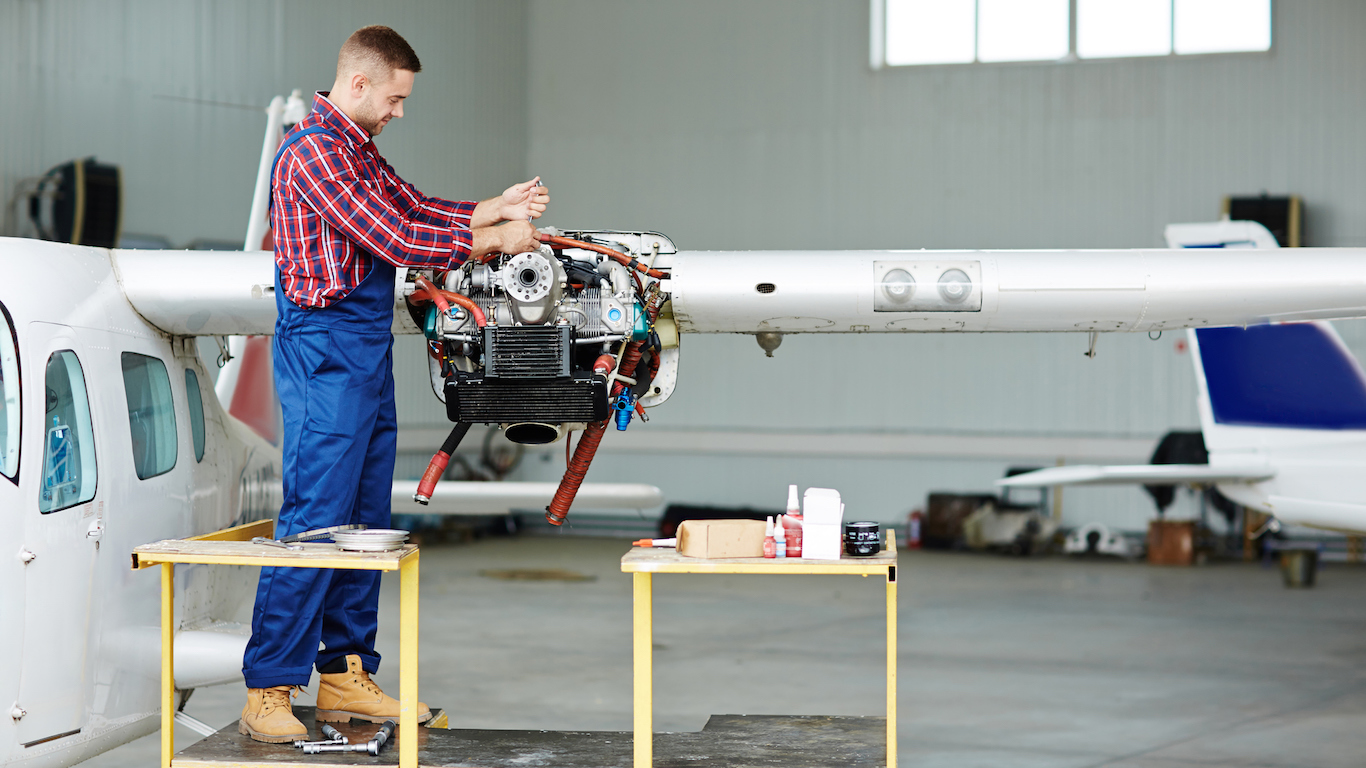 Like a number of states, Arkansas’s primary export is airplanes and airplane parts. However, the total export value of these products is relatively small, at just $791 million annually, the second smallest total of the 14 states for which the top export is aircraft and associated parts. Electrical parts represents Arkansas’s second largest export. Rounding out the state’s top three exports is rice. Arkansas is by far the largest rice producer in the United States, accounting for 49% of all rice grown annually, approximately triple the next largest rice producing state, California. 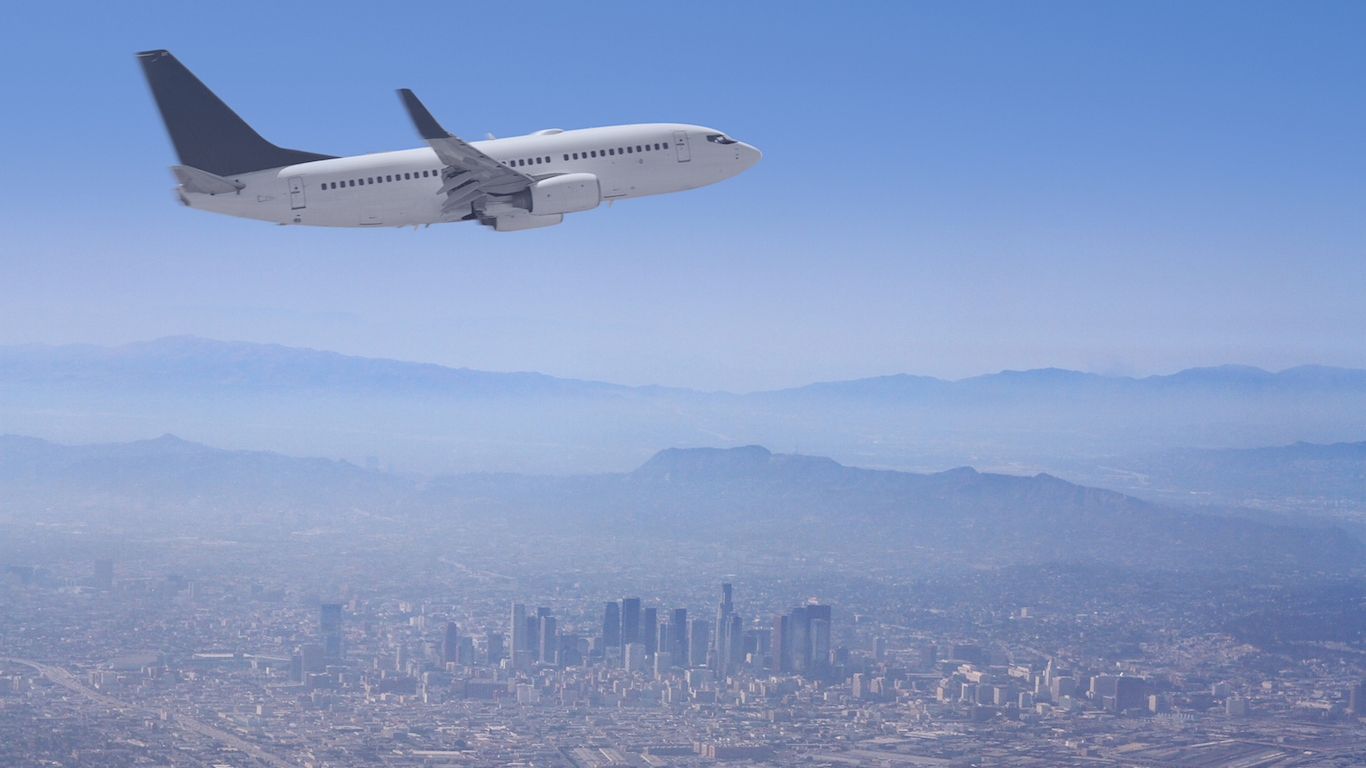 California exported $7.54 billion worth of airplanes and airplane parts in 2015, more than any other product, yet down from $8.76 billion the year prior. The California aerospace industry is smaller today than it was in its 1980s heyday, when the Cold War heightened defense spending in the U.S. and abroad. According to a report by the Los Angeles Economic Development Corporation, 15 of the country’s 25 largest aerospace companies operated out of Southern California at one point during the Cold War.

Nevertheless, California still plays a major role in the national aerospace industry today. The state is the final point of assembly for the Northrop Grumman Global Hawk unmanned aircraft and exports more airplanes and airplane parts than all but two states.

States Getting the Most COVID-19 Vaccines From the Federal Government