While Portland is by far the largest city in Maine, it is by no means among the nation’s largest urban centers. Still, Portland has more attractions and amenities relative to the size of its population than nearly any U.S. city. The city is in the top five in restaurants per capita, and no major U.S. city has more museums, sports teams, or sport clubs per capita. The city is also a great place to live for those who love nature and the outdoors. The area is home to a number of parks, and Portland is rated among the best for air quality.

Many city residents are able to find work within Portland, which reduces commute times and travel expenses. More than one in 10 working city residents walk to their job, one of the highest such shares of any U.S. city. 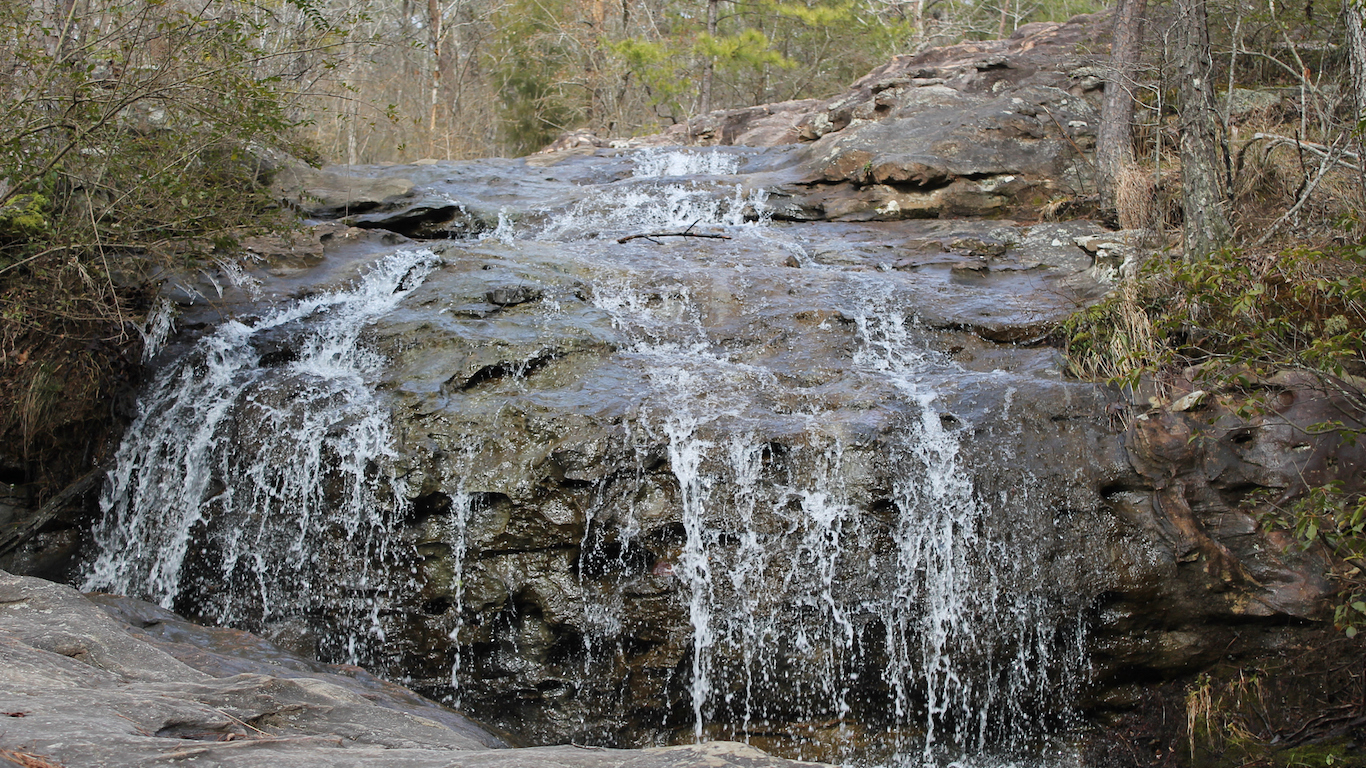 More than half of all adults living in Hoover have earned at least a bachelor’s degree, a far higher share than is typical in both the state and the country. With an educated population, incomes in the city are high. Not only does the typical city household earn $77,365 a year, but also a dollar goes further in Hoover than it does nationwide. Goods and services cost about 9% less in Hoover than they do across the country on average.

There are plenty of venues for culture and leisure in Hoover. The city has a higher concentration of restaurants, theater companies, recreational centers, movie theaters, and libraries than most U.S. cities. 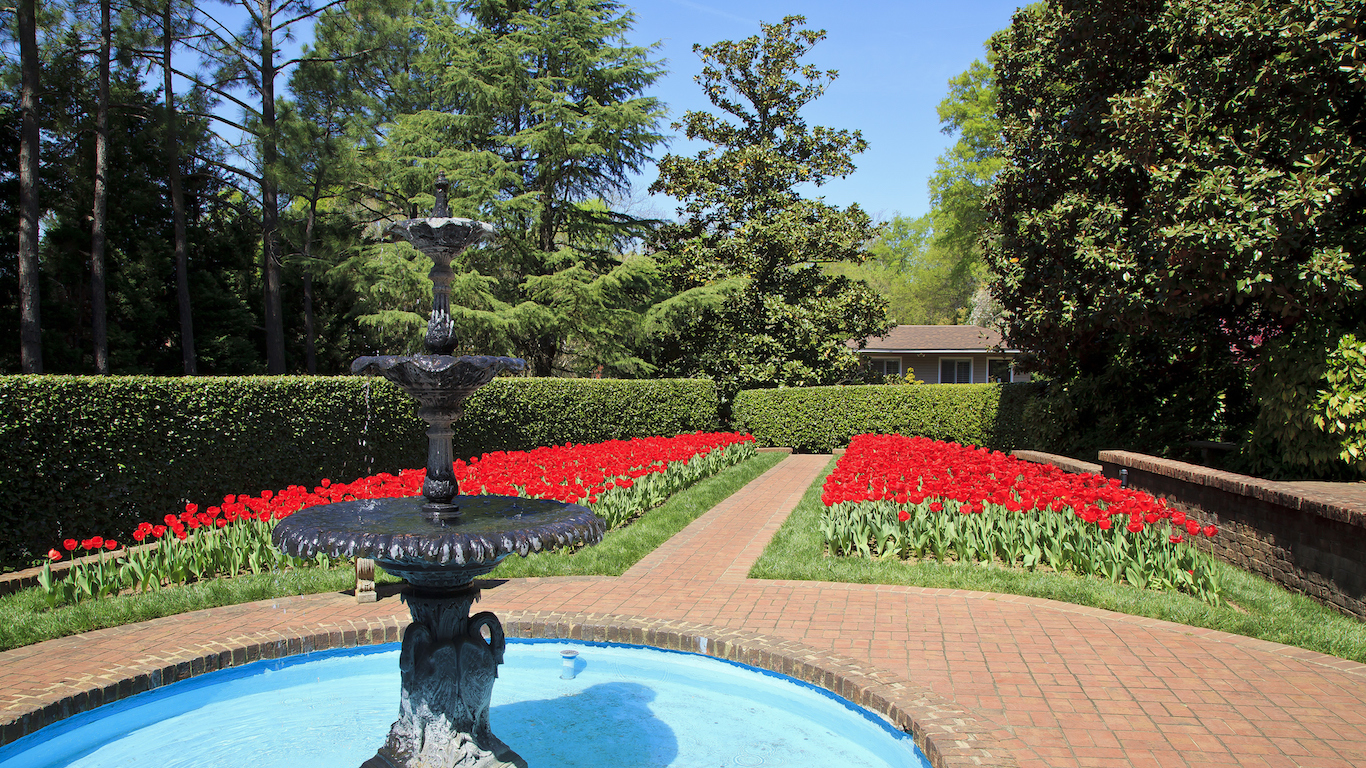 Concord is one of the best cities to live in America. Just a short drive from Charlotte, North Carolina’s largest city, Concord residents can enjoy the amenities of a major metropolis without the higher housing costs associated with large cities. While the typical Concord household earns $53,000 annually, similar to earnings in Charlotte, the typical home in Concord is nearly $21,000 less expensive than in Charlotte.

Concord is also far safer than much of the rest of the state. There were 153 violent crimes per 100,000 residents in Concord in 2015, less than half the statewide crime rate of 347 incidents per 100,000 North Carolinians. 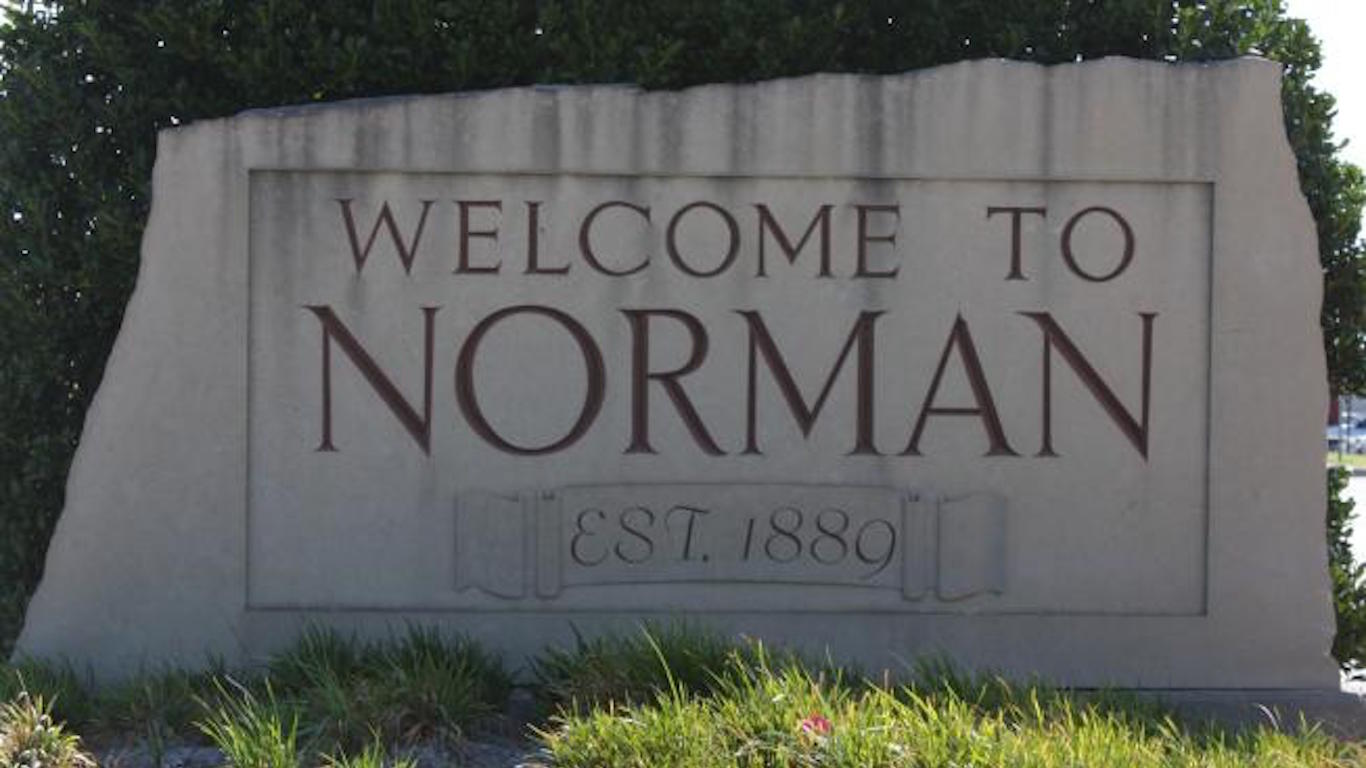 The population of Norman has grown by 23.4% over the past decade, more than twice the U.S. growth rate over the same time. One major driver may have been the availability of jobs in the area. Just 3.1% of Norman’s workforce is unemployed, a far lower annual unemployment rate than both Oklahoma’s and the nation’s. The largest employer in the city, the University of Oklahoma, may also play a role in the city’s high educational attainment. More than two in five Norman adults have at least a bachelor’s degree, one of the highest proportions of any city in Oklahoma.

Located within Tornado Alley, Norman has a high risk of natural disaster. The National Weather Center, based in Norman, collaborates with university and national scientific organizations to better understand the atmosphere and improve forecasts. The Center employs approximately 550 Oklahoma residents and has a major economic impact on the city.

ALSO READ: 80 Most Influential Americans Over 80 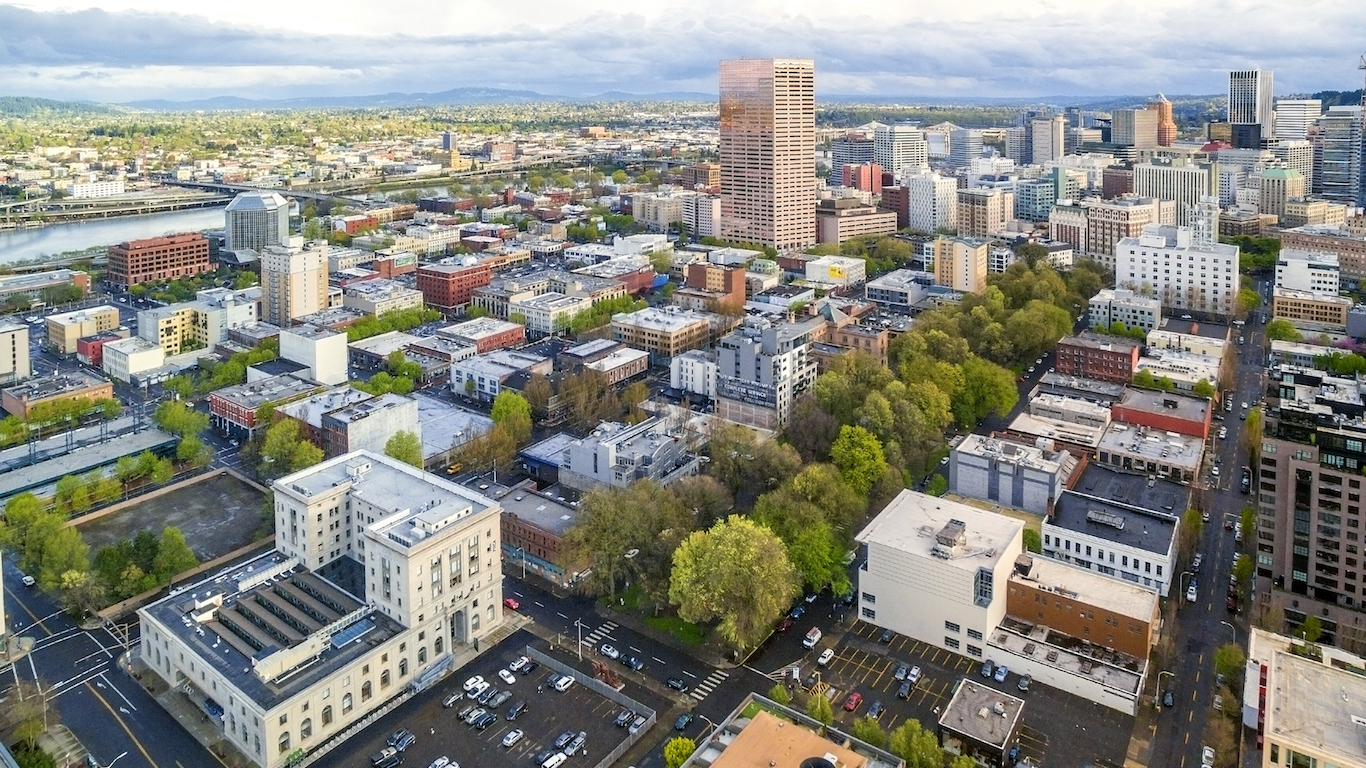 Home to well over half a million people, Portland is considerably larger than the typical city on this list. Like many of the nation’s best cities, Portland is also growing. The city’s population grew by 23.1% over the past decade, double the national growth over that period.

A well educated city, 48.6% of adults in the Oregon city have earned at least a bachelor’s degree, a far larger share than is common nationwide. The city is also notable for its higher than average concentration of venues for entertainment and leisure. The city is home to more restaurants, theatre companies, and bars per capita than all but only a handful of other U.S. cities.