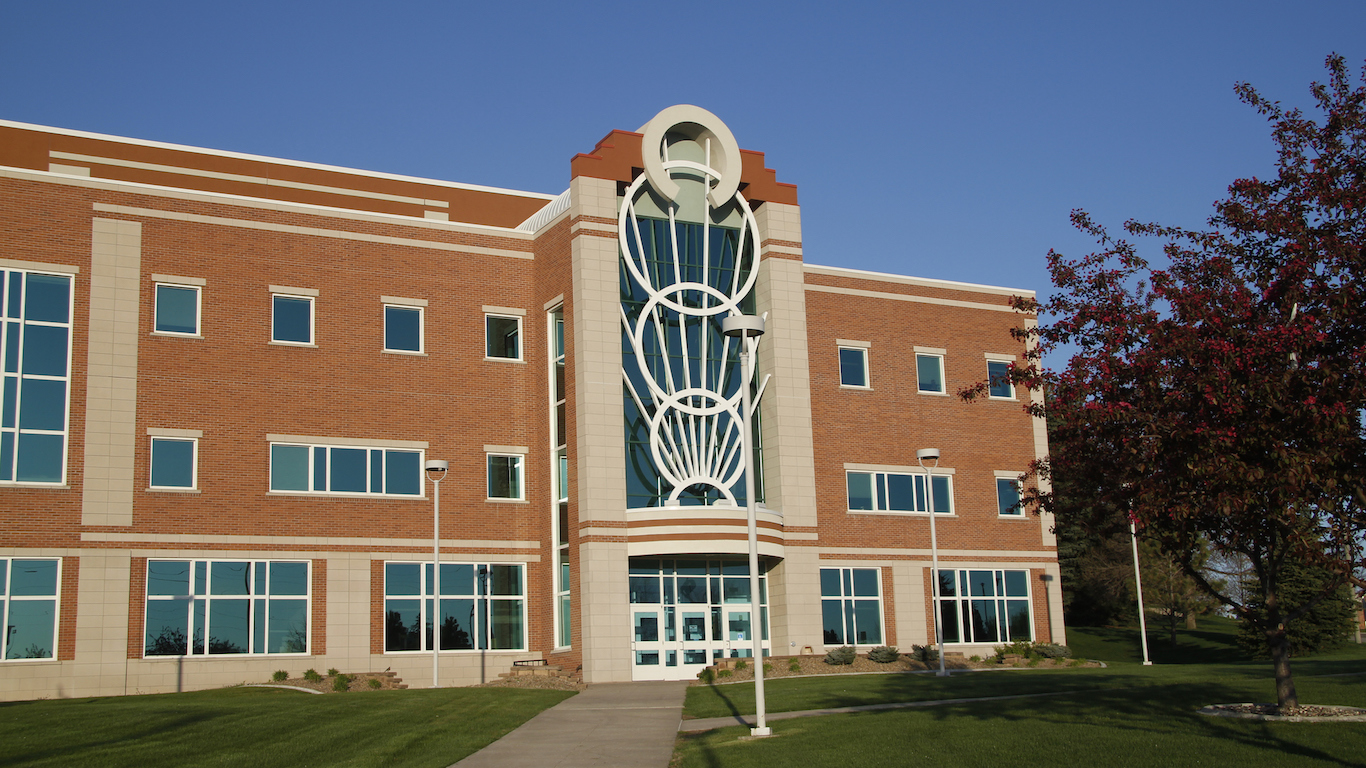 College graduates likely have an easier time finding a job in North Dakota than in most of the country. The state’s annual unemployment rate has been below 3% over the last three years, better than any other state over that period. A potent job market may be one reason for the small share of students in North Dakota who defaulted on their loans within three years of graduation. At just 6.5%, it is the smallest share of any state other than Massachusetts.

North Dakota is also one of the least expensive states for out-of-state students. Tuition and fees at an average four-year public school in North Dakota is just $18,450 for out-of-state students, nearly the lowest nationwide.This may partly explain why more than half of North Dakota college students are from out of state, one of the largest such shares. Despite the low tuition, the average student graduates with $16,610 in debt, roughly the same as the national figure. 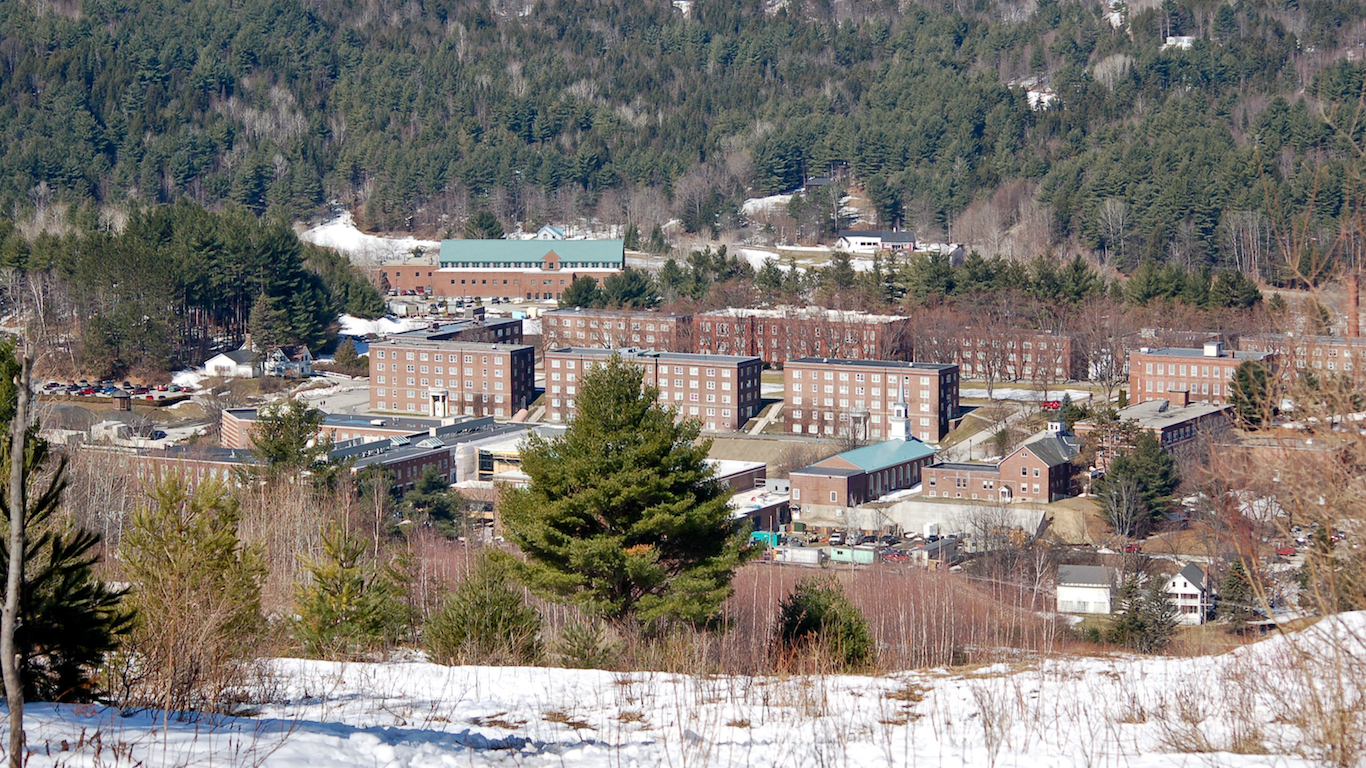 Statewide, only 24% of college students in Vermont are also state residents, the smallest in-state enrollment share in the country. The same pattern holds at the University of Vermont, the largest school in the state. Only one in five students in the Class of 2019 are Vermont residents. The school remains immensely popular with out-of-state students despite higher tuition costs. A full year’s tuition, including room and board, costs out-of-staters about $54,000 compared to only $31,000 for Vermonters.

Average student debt for recent graduates of colleges and universities in the Green Mountain State is $16,908, roughly in line with the comparable national figure. 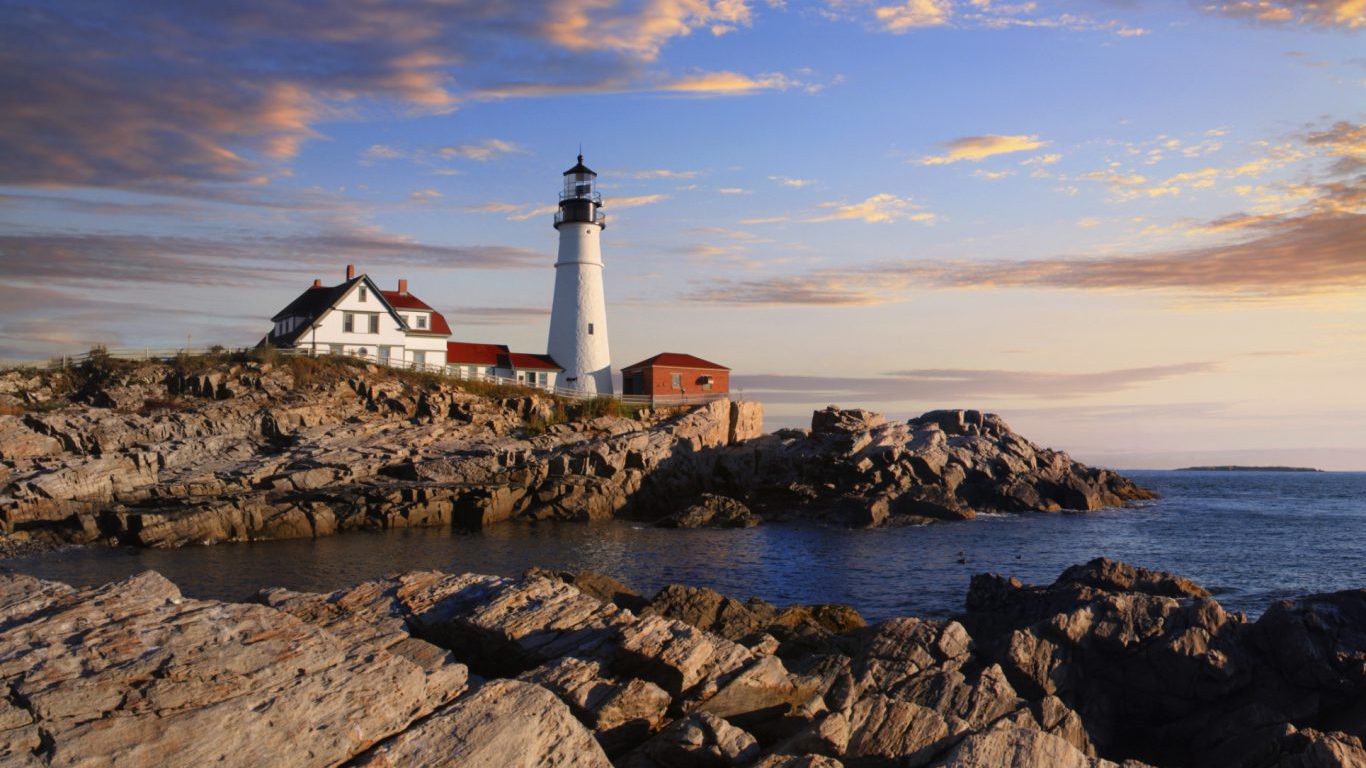 The average debt after graduation for students of Maine universities is $16,929, in line with the national average. The cost of attending college is rising faster than wages, which partially explains the severity of the national student debt crisis. Nationwide, tuition at public four-year postsecondary institutions rose by nearly 10% over the past five years. Maine is an exception to this trend, however. The average tuition at four-year public universities in the state has actually declined in recent years, one of only a few states where tuition has not increased. Despite the decrease, the average in-state tuition at a public four-year university in Maine is $9,690, roughly the same as the national average.

Indiana residents are much more likely to attend a college or university in state than most Americans. Slightly more than 85% of Indiana residents attend college in their home state, compared to about 74% of college students nationwide. At Indiana’s public schools, state residents get a relative bargain. The average tuition for in-state public school students is only $9,200, nearly $19,000 less than tuition for out-of-state students.

Despite the relative bargain, about six in 10 recent graduates in Indiana left school with student debt. The average debt burden across all students is $17,109, roughly in line with the national average.

Recent graduates of Nebraska schools have an average debt upon graduation of $17,181, slightly higher than the average of $16,929 across the United States. However, whether due to better incomes, favorable debt payment plans, or some other reason, just 8.2% of Nebraska students default on their debt within three years, one of the lowest default rates in the country.

While the state has above-average debt load per student, Nebraska natives attending school at the state’s largest public postsecondary institution, the University of Nebraska at Lincoln, are paying relatively little. In-state tuition and fees at the University of Nebraska are just $8,538. In other major public colleges and universities, even in-state tuition can be double that.