States With the Most Student Debt 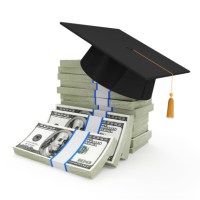 Source: thinkstock.com
Successfully completing college is still one of the best ways for Americans to land a well-paying job, according to The Institute for College Access and Success (TICAS). However, college has become increasingly expensive for many Americans, and average student debt levels have soared in the last decade.

The debt burden students face depends on a number of factors, including their financial situation and where they go to school. In all but one state, the average graduate owed more than $20,000 in 2013, and in six states, the average student debt was more than $30,000. Based on data published by TICAS, these are the 10 states with the worst student debt levels among the graduating Class of 2013.

Although a college degree can certainly help Americans secure a good job, the debt burden can contribute to financial distress for many households. According to a recent study from researchers at the Federal Reserve Board of Governors, “households with education-related debt were more likely to have been late paying bills, be denied credit, and have high payment-to-income ratios in 2009.”

Beyond just growing debt levels, students are more likely to borrow than in the past. According to Lauren Asher, president of TICAS, rising costs are one reason for the problem. “College costs have been rising faster than family incomes and available grant aid, so more people are having to borrow to get through school.” Last year, five of the states with the most student debt were also among the 10 states with the highest percentages of recent graduates who owed money on student loans. In New Hampshire, the state with the highest average student loan burden, 76% of the Class of 2013 had such debt, the highest rate in the nation.

The states with the highest debt levels were disproportionately located in the Northeast, where higher cost non-profit private schools are more prevalent than in other parts of the U.S. However, this s is not the only reason for the higher debt levels. According to Asher, “state budgets are the biggest driver of tuition costs.” Cuts to state higher education funding can shift more of the cost of education onto students and their families in the form of tuition and fees.

The true level of student debt is likely much higher than TICAS’ estimates suggest, Asher explained. “These are very conservative estimates,” she added. Private loans, for example, are not included in the survey, nor are the debts of transfer students or debts of students who did not graduate. According to TICAS’ report, data published by the Department of Education every four years, “consistently shows higher student debt than national estimates derived from data that some colleges voluntarily report,” which TICAS uses to calculate 2013 state estimates.

Using data from the report, “Student Debt and the Class of 2013” published by The Institute for College Access and Success (TICAS), 24/7 Wall St. reviewed the 10 states where students graduated with the most debt. Average debt figures are based on the average student loan debt among borrowing graduates from the Class of 2013. TICAS also provided data on the proportion of students with student debt. We also reviewed TICAS’ figures on average debt burden and percent of graduates with debt for 2012 and 2004. Data on educational attainment and median annual earnings are from the U.S. Census Bureau. Unemployment rate figures are from the Bureau of Labor Statistics and are for 2013.

These are the states with the most student debt.