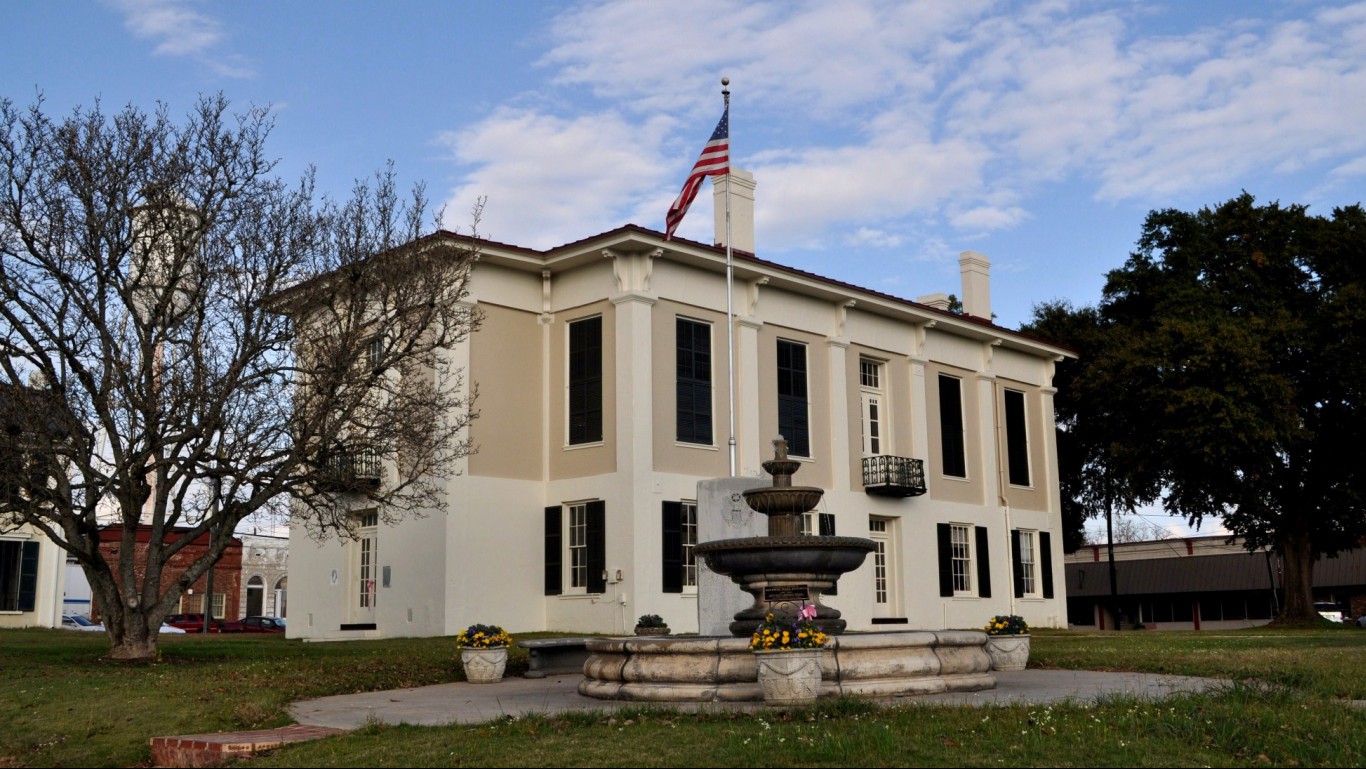 By most measures of economic and physical well-being, Greene County is one of the worst counties to live in nationwide. An estimated 10.1% of the county’s labor force is unemployed, far more than the 5.9% unemployment rate in Alabama. For those who are employed, the wages are among the lowest in the country. The typical county household earns just $20,541 annually, less than in all but four other U.S. counties and far less than half the median household income of $53,889 nationwide. With a difficult job market and fairly low pay, many area residents live on poverty wages. Greene County is one of only 18 U.S. counties in which more than 40% of the population lives below the poverty line, more than twice the 16% national poverty rate. 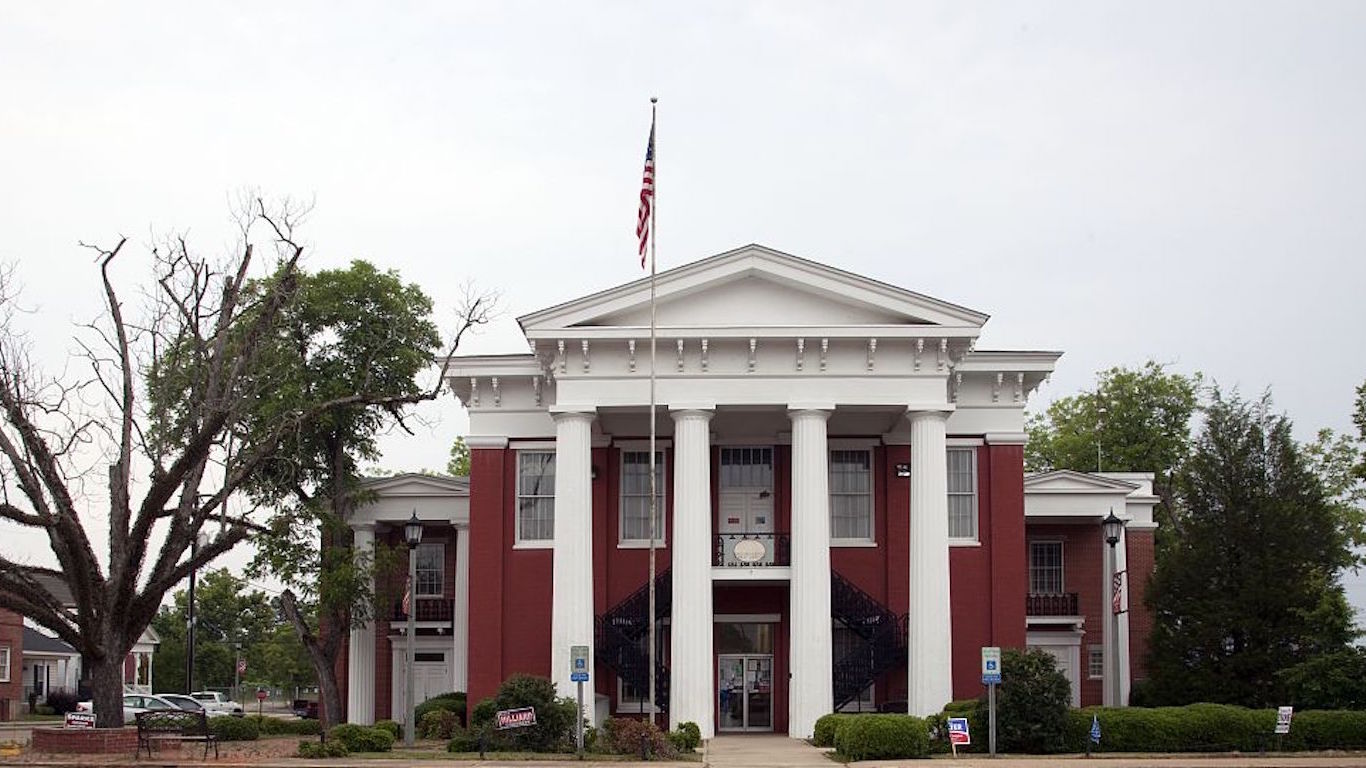 Life expectancy in Wilcox County, Alabama is only 72 years, nearly seven years shy of the average life expectancy nationwide. A low income can significantly limit an individual’s ability to make healthy decisions, especially when it comes to diet and exercise. In Wilcox County, a large share of the population faces serious financial problems. An estimated 37.7% of county residents live in poverty, more than double the 15.5% share of Americans who do.

The area’s serious economic problems are likely made worse by a poor job market. More than 14% of the county’s labor force is out of work, more than triple the corresponding national unemployment rate and one of the highest of any U.S. county. Perhaps because of the lack of available jobs, Wilcox County’s population has declined by 6.5% in the past half decade. 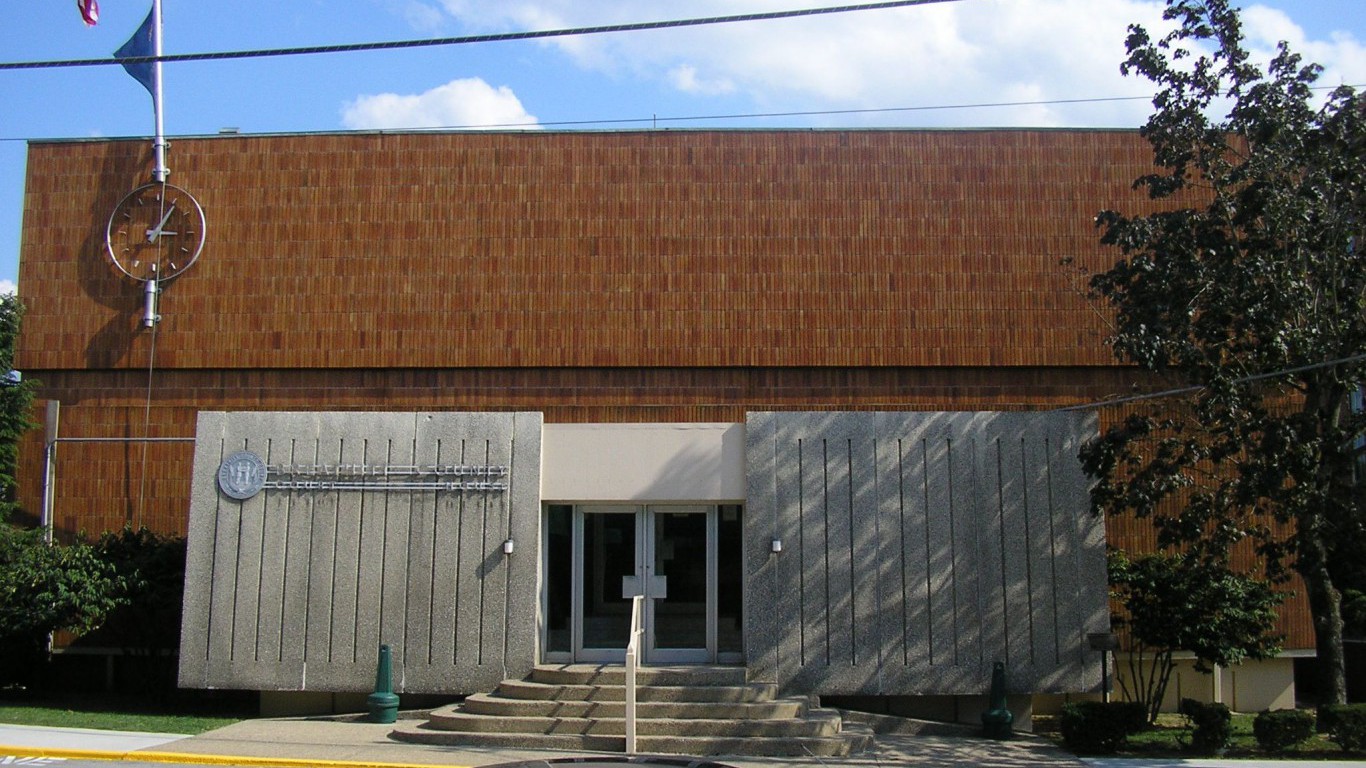 Nearly a third of Breathitt County’s 13,600 residents live on poverty wages. Such financial hardship can significantly limit an individual’s choices when it comes to food, access to care, and a number of other health-related concerns. The county’s extremely low average life expectancy of 70.6 years is nearly the lowest of all U.S. counties, and is likely partially attributable to rampant poverty.

Basic education is a key social determinant of a population’s health. Breathitt is one of only a few dozen U.S. counties where fewer than 70% of adults have completed high school. 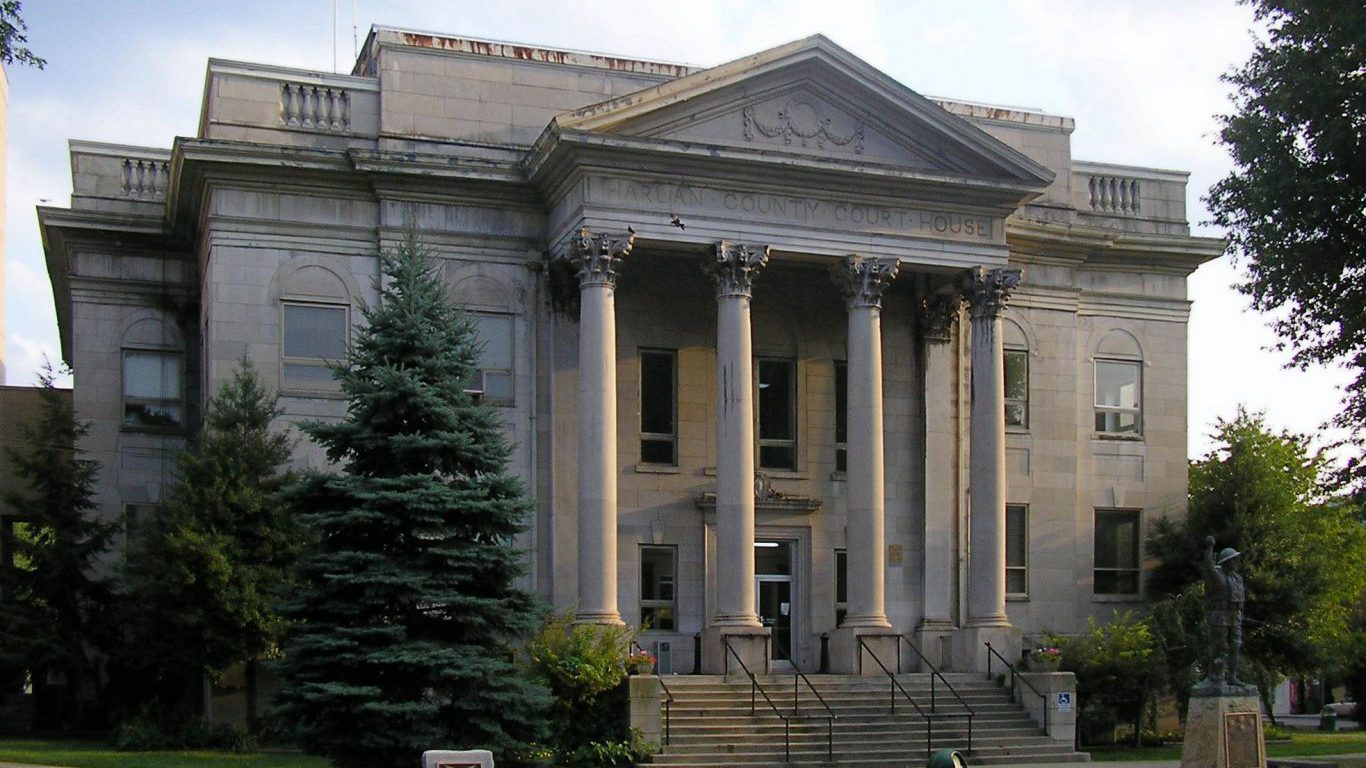 Harlan County, Kentucky is one of only three counties in the United States with an average life expectancy below 70 years. Low life expectancy often correlates with financial difficulties. In Harlan County, 31.2% of residents live in poverty, more than double the national 15.5% poverty rate. Serious financial hardship across the county is due in part to a lack of jobs. As of November last year, the unemployment rate in Harlan County was 9.0%, well above the state and national unemployment rates of 4.8% and 4.6%, respectively.

Educational attainment is an important indicator for quality of life, as having a college degree can greatly increase an individual’s sense of control over their own life. In Harlan County, only 11.7% of adults have a bachelor’s degree, a far smaller share than the comparable 29.8% of American adults. 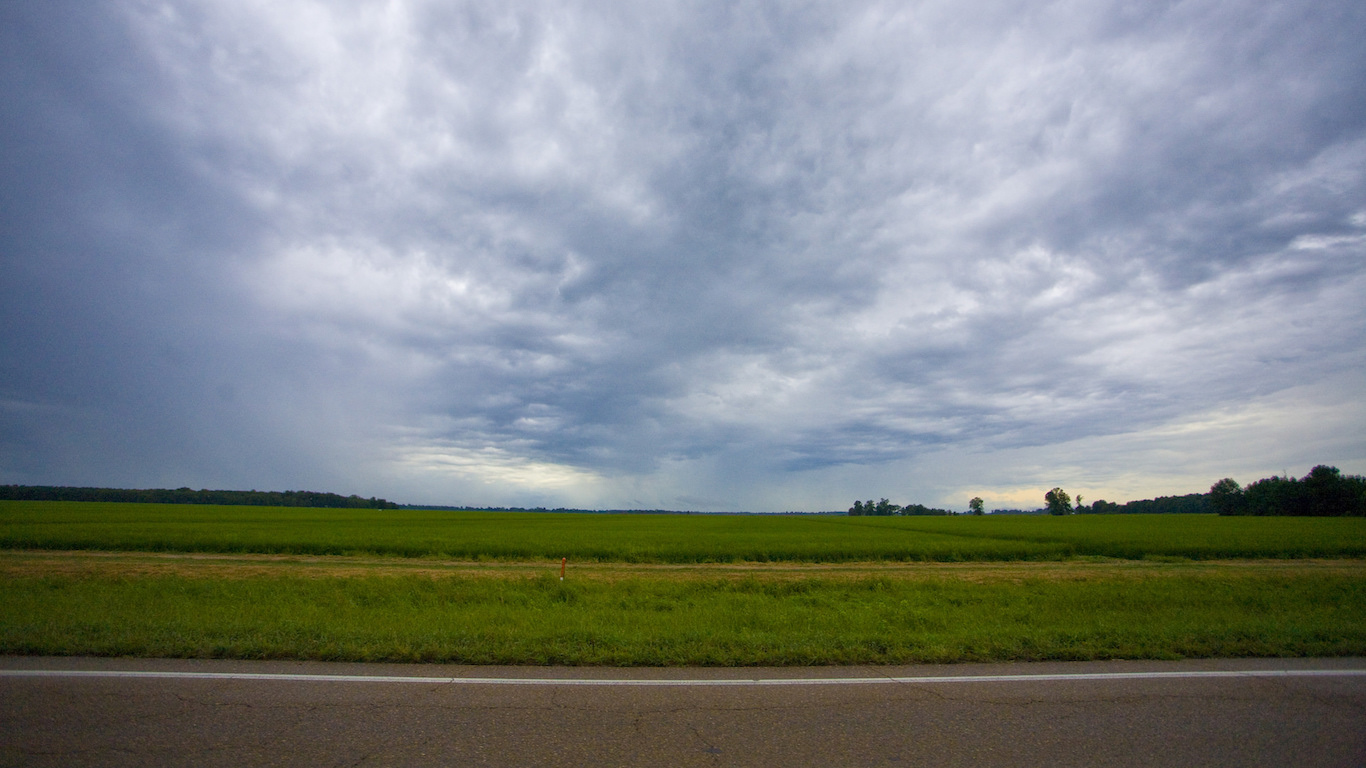 Sunflower County is one of the poorest counties in the nation’s poorest state. Mississippi is the only U.S. state with a median annual household income below $40,000. In Sunflower County, incomes are even lower. The typical county household earns only $27,384 a year. A large share of residents earn extremely low incomes. Over a third of the county’s 27,911 residents live in poverty, well more than double the national 15.5% poverty rate.

Unlike most U.S. counties, Sunflower County’s population is dwindling. In the past half decade, the number of Americans who call Sunflower County home has dropped by 8.5%.