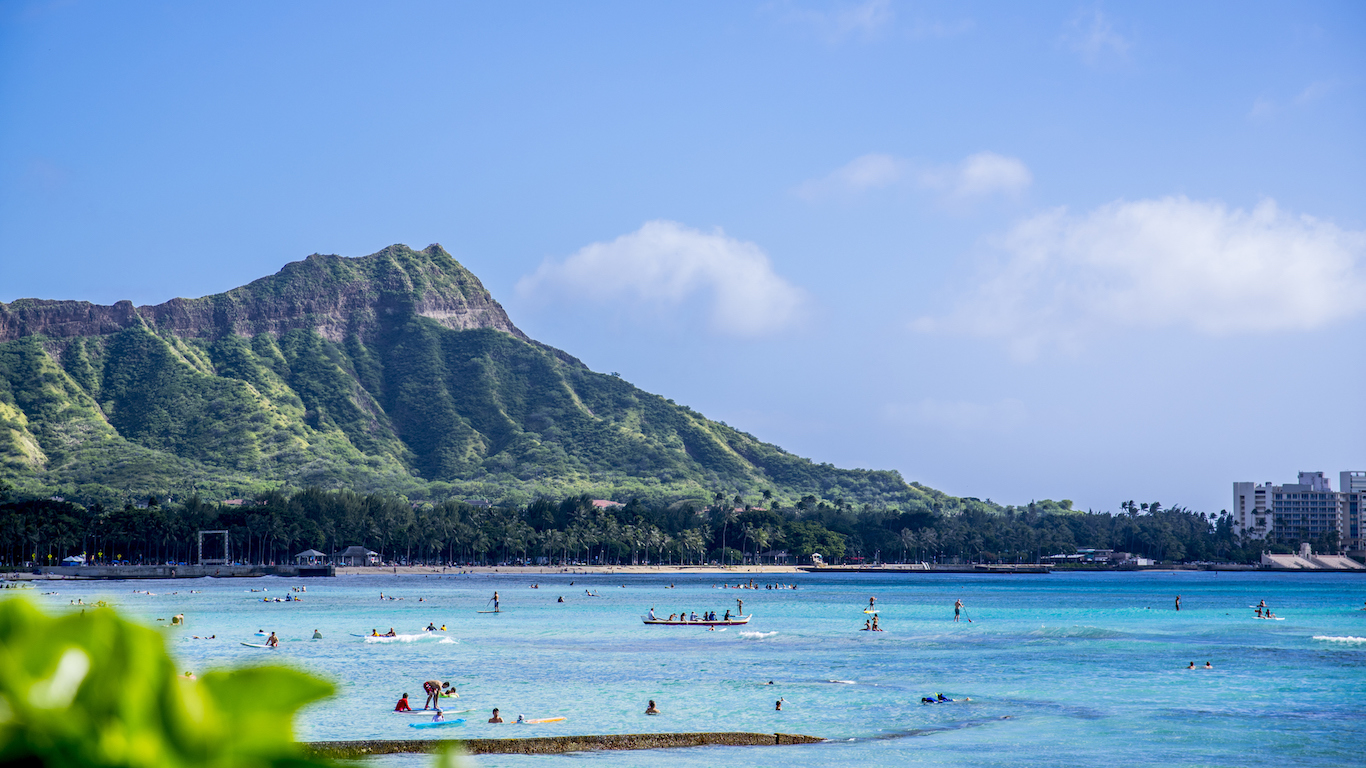 In a national survey conducted by Gallup Healthways assessing Americans by their sense of purpose, social life, financial health, community pride, and physical fitness, Hawaii’s residents report the highest well-being of any state. Well-being is closed tied to financial status. Research has shown that income is closely tied to happiness up to a threshold of around $75,000 a year, after which income is less likely to have a major effect on well-being. The estimated 49.2% of Hawaii households that make $75,000 a year benefit from this level of financial security, the second largest share nationwide.

Strong social support is also vital for a community’s well-being. One sign of active community life in Hawaii may be the state’s high marriage rate and high share of families. Hawaii has the second most weddings per capita, and families in Hawaii comprise 69.4% of all households, the second largest share in the country. 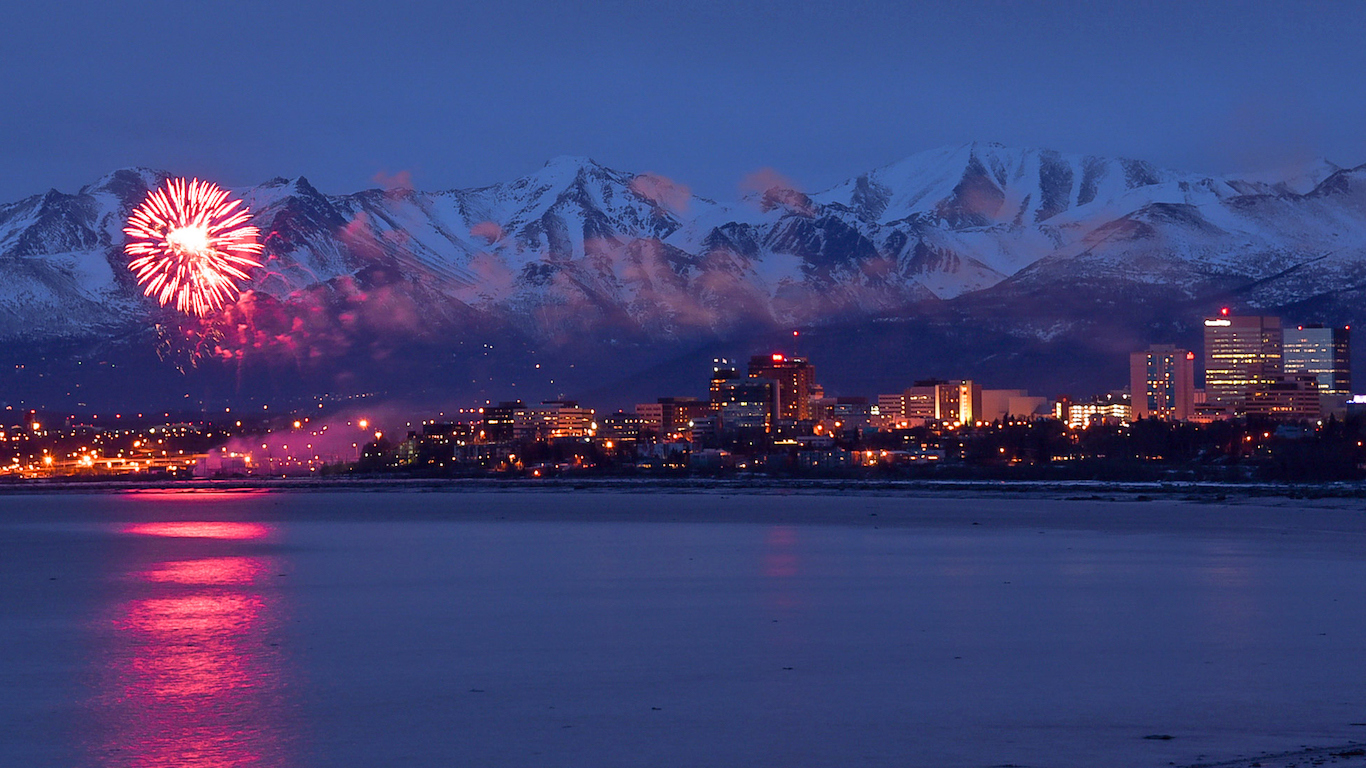 Alaskans report a higher degree of well-being than any state other than Hawaii. While money does not necessarily lead to well-being, an income above a certain threshold provides financial security. In Alaska, an estimated 49.0% of households earn $75,000 or more, the third largest share of any state.

Alaska is one of the least dense states. The lower density can limit access to fresh, healthy foods in some communities. The state’s wintry climate prevents farmers from growing produce year-round, which may also increase the risk of food insecurity. Some 31.5% of the state’s population earn both relatively low incomes and lack adequate access to a grocery store, the third highest such proportion nationwide. Still, Alaskans report fairly good physical health. Just 7.6% of adults have diabetes, 27.5% have high blood pressure, and just 9.2% report recurring poor physical health, each among the smallest shares of all states.

South Dakota residents report particularly high financial and community well-being. While the median household income of $53,017 a year in South Dakota is roughly $3,000 less than the national median, the cost of living in the state is nearly the lowest in the country. Goods and services cost 88 cents on the dollar, the fourth lowest of any state.

South Dakota’s numerous recreational opportunities may help foster strong communities and better health outcomes. The state is home to a number of national parks, sites, and some of the least polluted air in the country. Just 21.5% of South Dakota adults do not exercise regularly, a smaller share than the 26.2% national inactivity rate. Relatedly, just 9.8% of South Dakota adults frequently experience poor physical health, one of the smallest shares of any state. 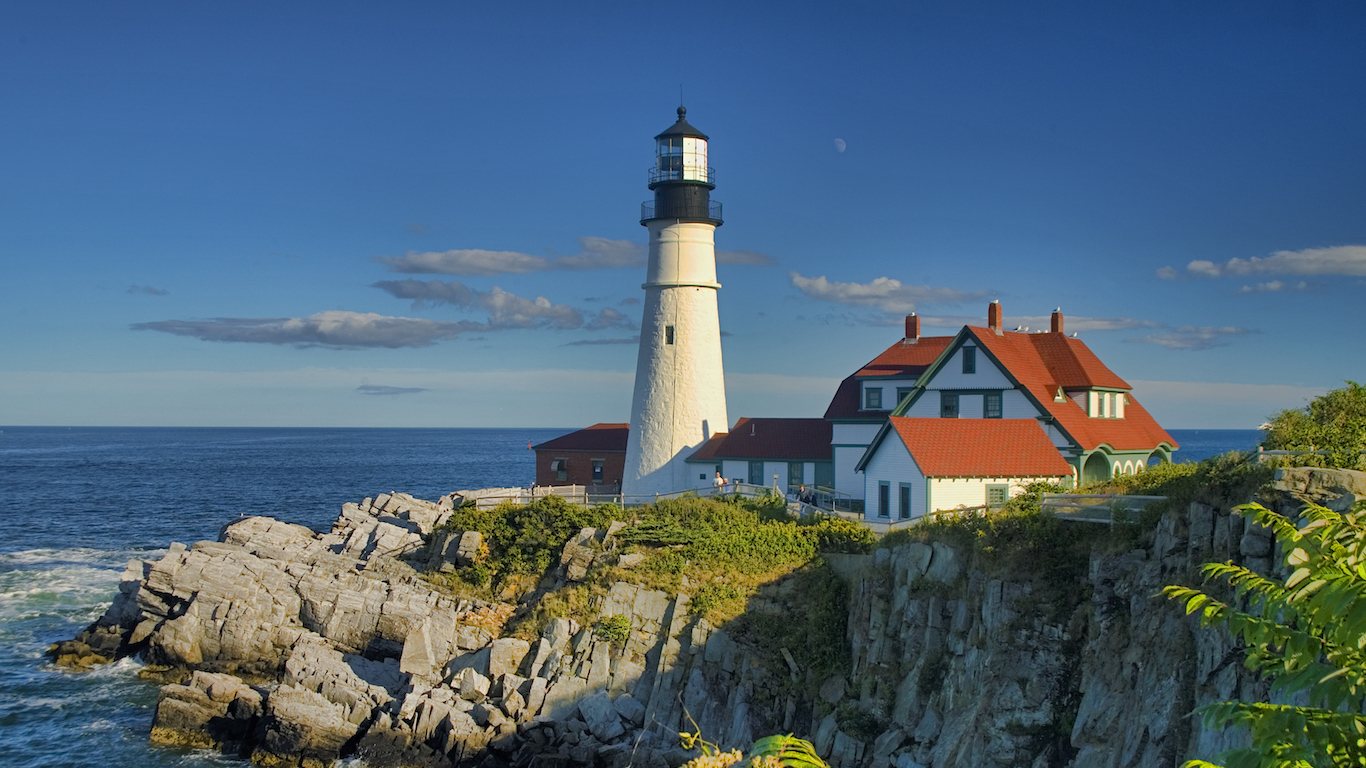 Maine broke into the top 10 this year for the first time in the history of the Well-Being Index. Witters noted the leap in the ranking was largely due to fewer people reporting significant physical problems on a day-to-day basis.

A number of factors can help explain the widespread well-being in Maine, including a low violent crime rate, low property crime levels, and low unemployment. There were just 130 incidents of violent crime reported per 100,000 Maine residents, second lowest after only Vermont. The 1,830 property crimes per 100,000 state residents is also one of the lowest of all states. Maine’s unemployment rate of 4.4% is well below the annual national rate of 5.3%. 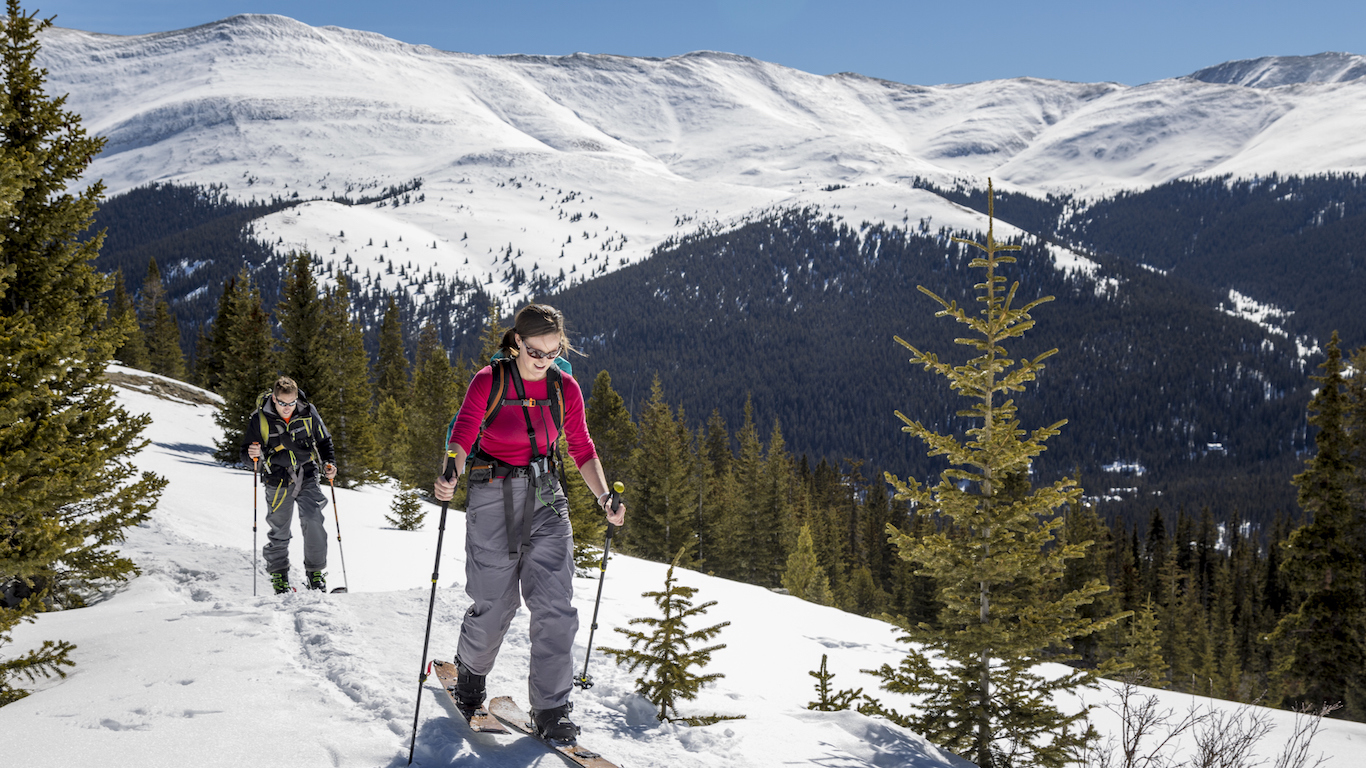 Colorado’s population is one of the most physically fit in the country. Just 20.2% of Colorado adults are obese, far less than the 29.8% national obesity rate. Colorado adults eat more fruits and vegetables on average day than in nearly any other state, and they get the most exercise. Partially as a result of healthy behavior, Colorado residents are less likely to suffer from a fatal heart disease than the average American. Just about 130 in every 100,000 Colorado residents die from cardiovascular disease, the least of any state other than Minnesota. These behaviors and outcomes largely account for the state’s excellent self-evaluations in the physical element of well-being.

College graduates are more likely to own a home, have health insurance, and ultimately earn more money than Americans without a bachelor’s degree — all important aspects of well-being. At 39.2% of all adults, Colorado has the highest college attainment rate of any state other than Massachusetts.