L3 Communication divides its business into three segments: electronic systems, aerospace systems, and communication systems. Though the company has private and commercial clients, including airports worldwide that use L3’s screening technology at security checkpoints, it is primarily a defense contractor.

Defense contracts accounted for some 84% of the company’s $10.47 billion in 2015 sales. Recently, the company won a contract with the U.S. Navy to manufacture power distribution and switchgear components for Virginia Class Submarines. 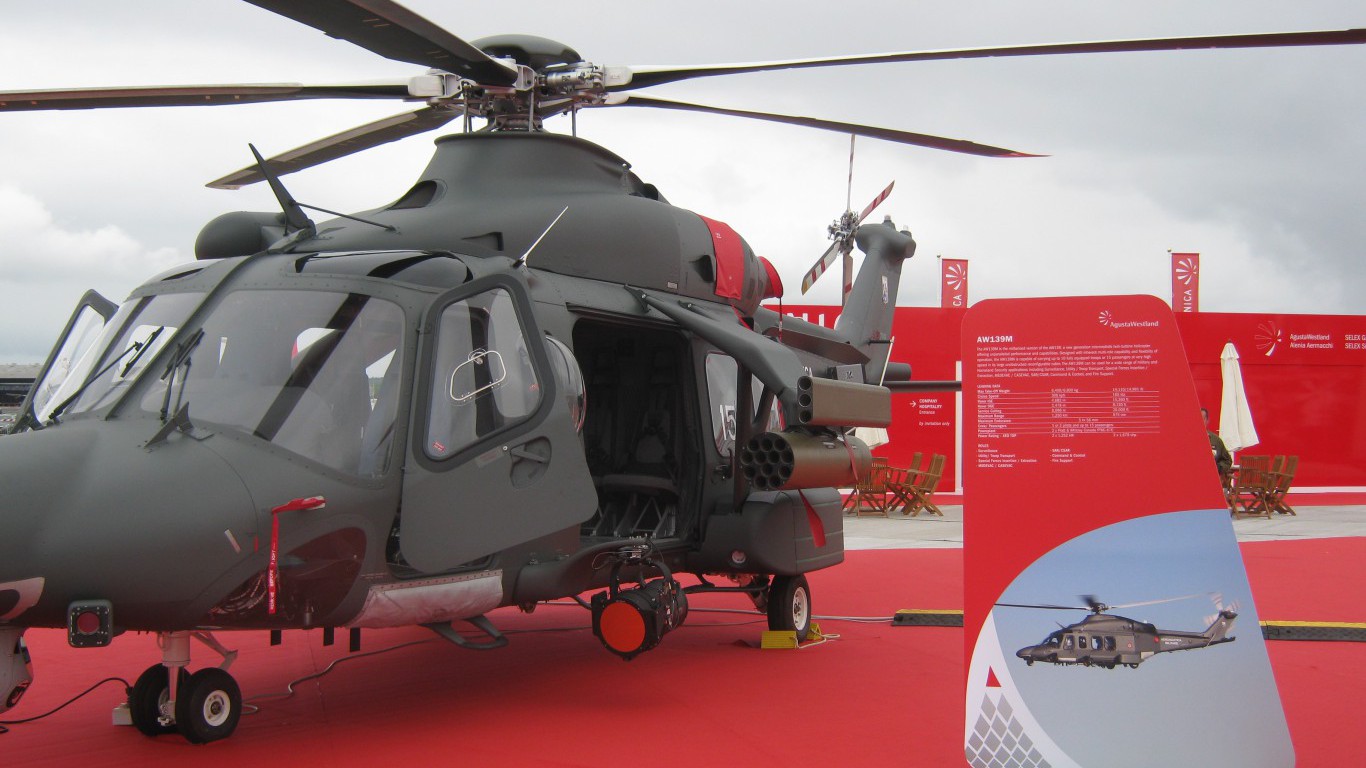 Italian aerospace company Finmeccanica, after a wave of restructuring, mergers, and consolidation, was renamed Leonardo in the middle of last year. The change somewhat reflects the financial struggles of companies that depend on government spending in European countries, many of which have implemented severe austerity measures in recent years. Finmeccanica posted in 2011 a net loss of $3.0 billion, which the company attributed to ongoing corruption probes in Italy but also partially to market fluctuations across the continent. At the end of last year, the Canadian government selected Airbus Group over Leonardo for a contract to replace the country’s 19 search-and-rescue planes.

The company remains one of the largest military procurement companies in the world, and as of its latest fiscal year had returned to profitability.

A major conglomerate with interests in a range of industries, United Technologies reported over $61 billion in sales in 2015, only 16% of which came from defense contracts. Still, the company ranks as the eighth largest defense contractor in the world. The company’s aerospace division develops and manufactures a range of military technology, from submarine stealth composites to fighter jet ejection seats. Pratt & Whitney, a United Technologies subsidiary company, manufactures engines used in military aircraft worldwide, including the F-22 Raptor and F-16 fighter jets. Pratt & Whitney accounted for $4.23 billion of the company’s total 2015 sales. 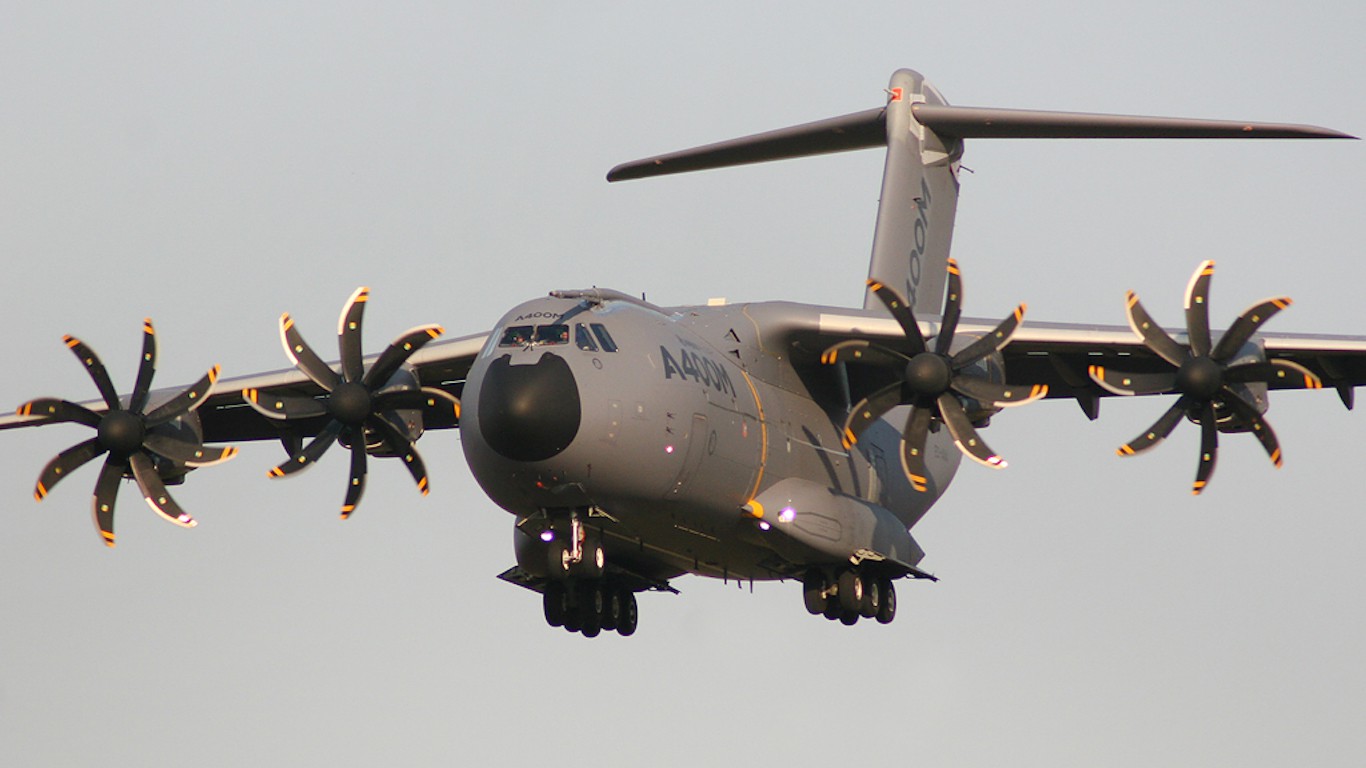 Europe’s largest aircraft manufacturer, Airbus Group, has three divisions: commercial, defense and space, and helicopters. The company is the largest helicopter manufacturer in the world, with a 47% market share. Most of helicopters the company sells are for military purposes. Other military related products include cybersecurity technology development as well as fighter jet and unmanned drone manufacturing.

Despite ranking among the world’s largest defense contractors, less than a fifth of Airbus’s 2015 revenue were weapons related. The company also manufactures a range of non-military satellites, and it delivered 635 commercial aircraft in 2015.

Well over half of General Dynamics’ revenue comes from arms sales, the vast majority of which are through contracts with the U.S. DoD. Only 13% of the company’s 2015 revenue came from contracts with foreign governments.