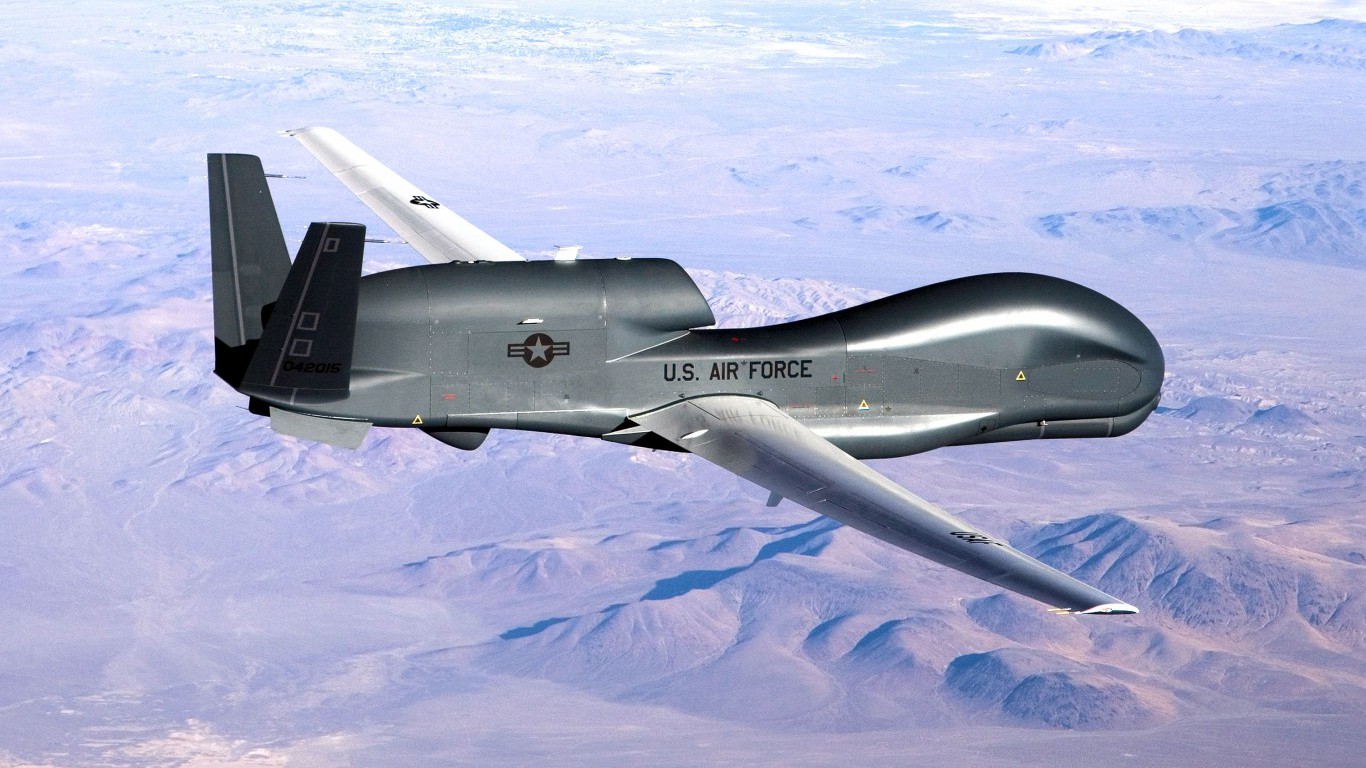 Northrop Grumman was awarded in October 2015 the highly coveted $80 billion contract to supply the U.S. military with 100 long-range strike bombers. The deal is the biggest from the Pentagon in more than a decade. The B-2 Spirit stealth bomber is the predecessor of the newly named B-21 Raider. 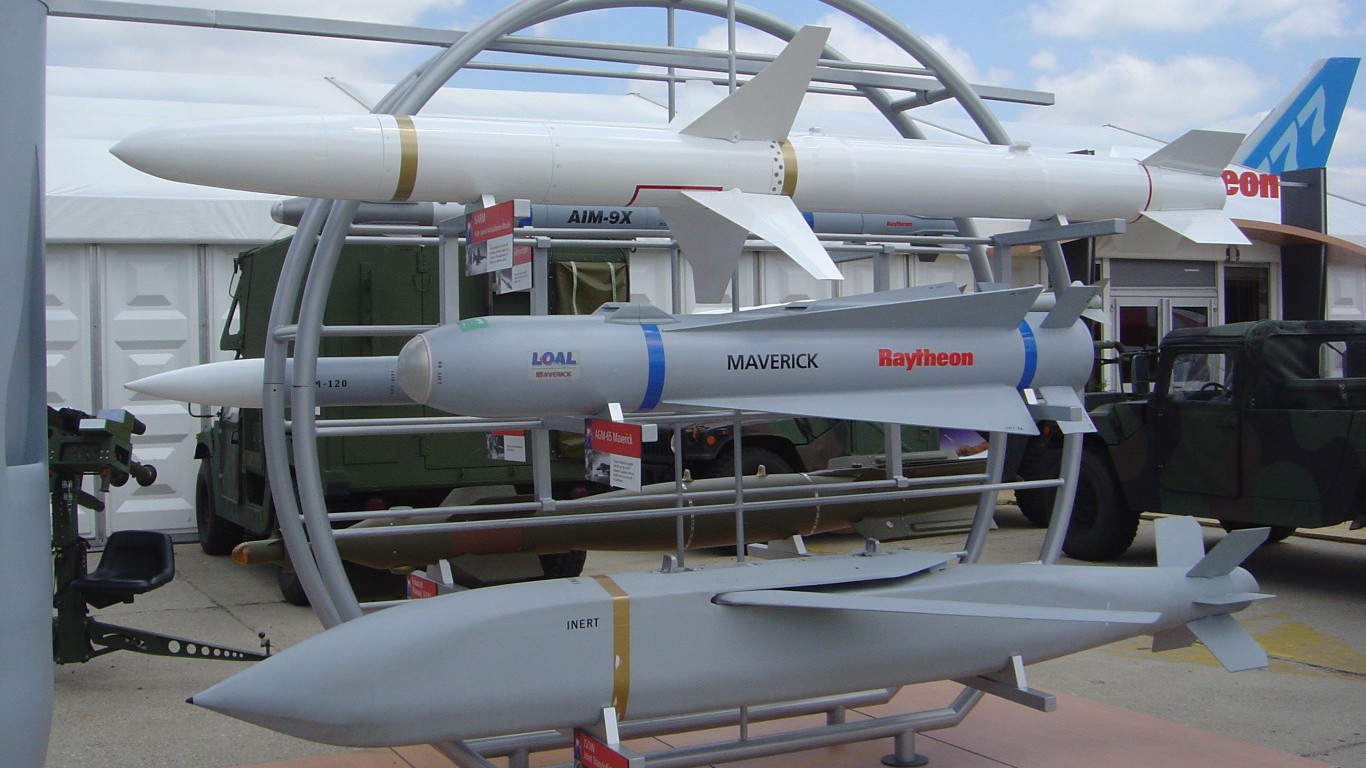 Raytheon purchased cybersecurity provider Websense in 2015 for $1.9 billion. The deal was an indication of the growing threat of cyberattacks, as well as Raytheon’s effort to diversify and move into commercial markets and away from dependence on defense contracts. 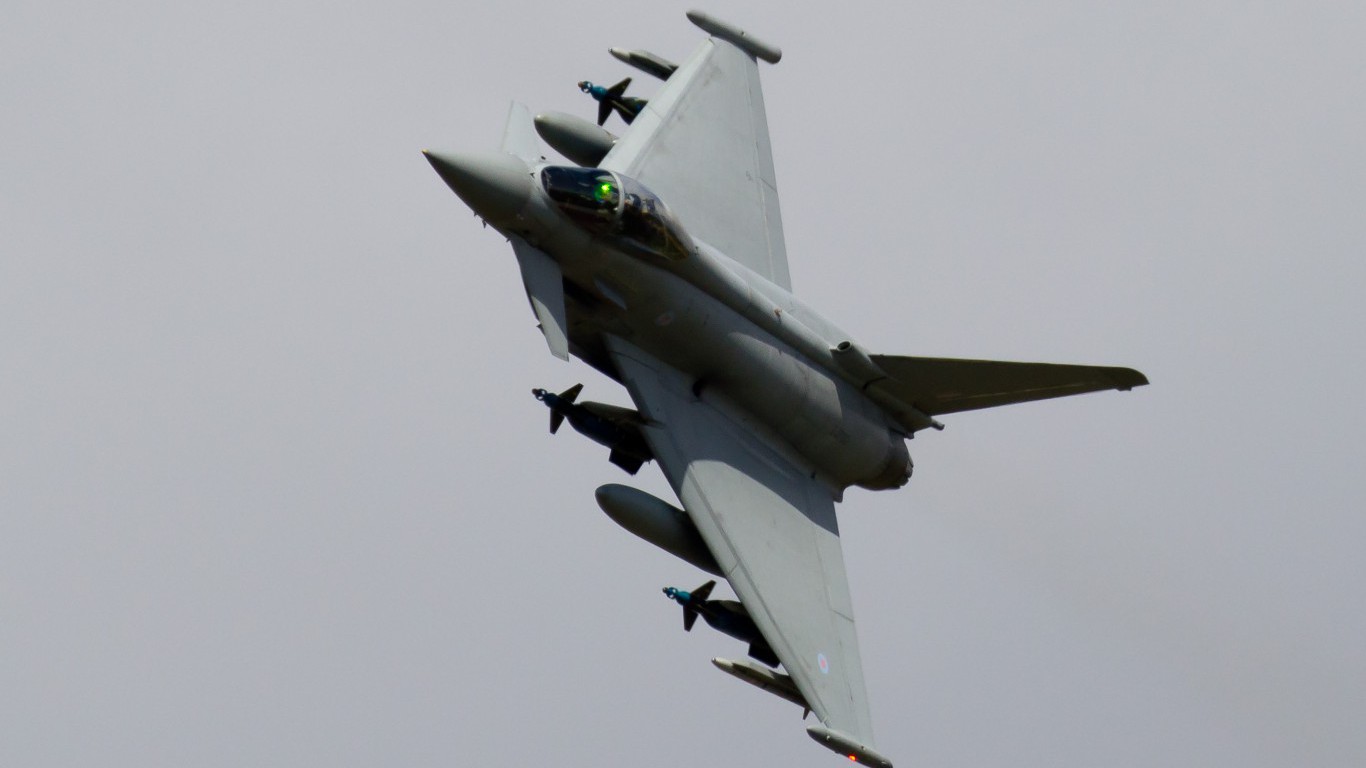 Some 93% of BAE Systems’ $27.36 billion in 2015 revenue came from defense contracts. The company manufactures a range of military equipment, including war ships, munitions, amphibious combat vehicles, and fighter jets. BAE is the company behind the Harrier jet, capable of take-off with a short runway, as well as vertical landings. Cyber security and intelligence services also comprise a small share of the company’s business.

Chicago-based Boeing is not nearly as dependent on federal spending as other major U.S. contractors. Less than one-third of Boeing’s 2015 revenue of $96.11 billion came from its defense, space, and security operations. The remainder was attributable to Boeing’s commercial airplane business. Of the revenue generated from defense contracts, 62% came from sales to the U.S. DoD.

Like many large U.S. manufacturing companies, including top government contractors, widely expected higher military spending under President Trump will certainly help Boeing. Favorable outcomes under Trump are not guaranteed, however. While the Air Force signed deals with Boeing last year to design parts of Air Force One, for example, Trump, citing concerns over cost, called for the deal to be cancelled. 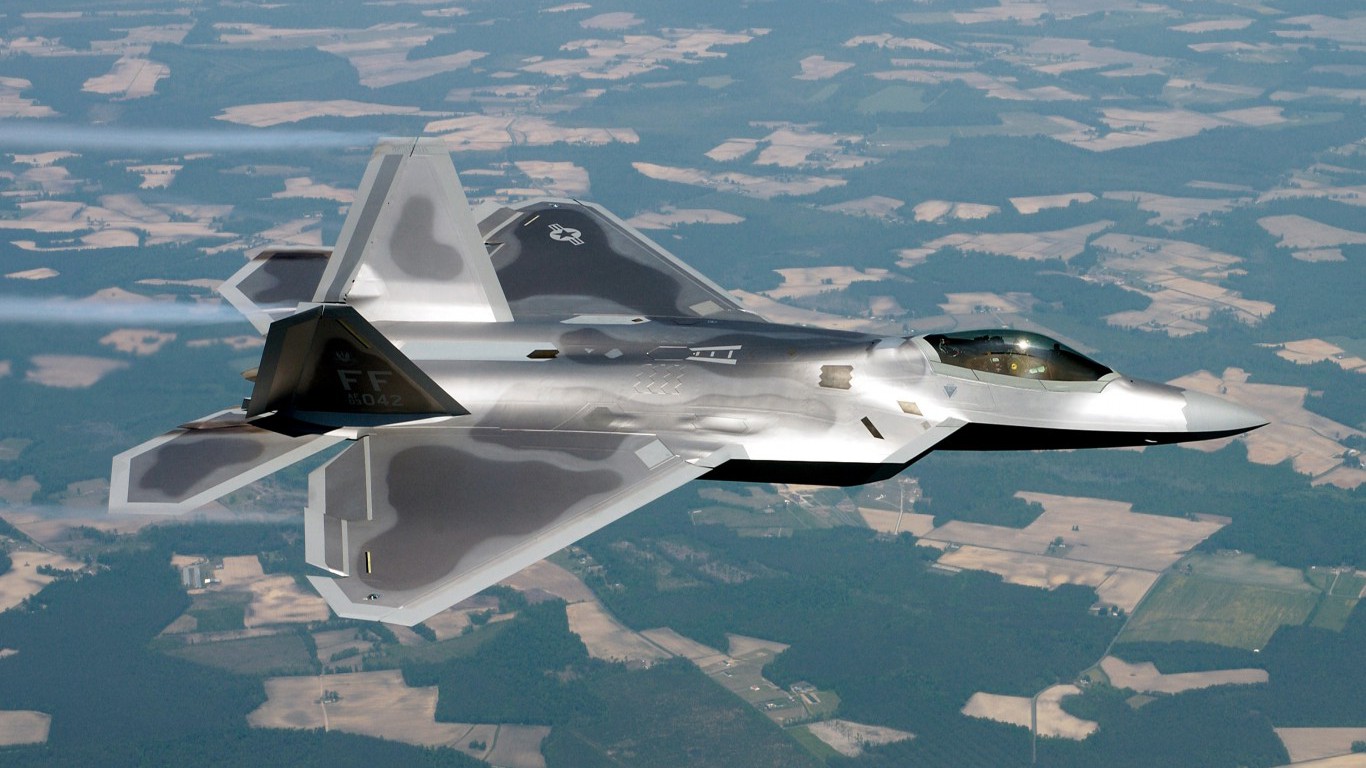 Maintaining its position as the world’s largest defense contractor, Lockheed Martin’s revenue from arms sales totaled $36.44 billion in 2015. The company’s reach into military and defense technology is difficult to overstate. Lockheed and its subsidiaries manufacture many of the U.S. military’s workhorses, including the F-16 and F-22 fighter jets, the Black Hawk helicopter, and the Vector Hawk unmanned drone. The company also designs and manufactures air-to-air missiles and missile defense systems.

Like many other major defense contractors, Lockheed’s biggest customer is the U.S. government — accounting for 78% of the company’s 2015 net sales, the vast majority of which came from the DoD.