Tennessee’s economy is expanding slightly faster than the economies of most states. The state’s GDP has grown at an average annual rate of 2.4% over the five years through 2015, faster than the 1.9% national growth rate. Also, an estimated 483 building permits were issued per 100,000 state residents in 2015, far more than the 366 permits issued per 100,000 Americans nationwide — a reflection of GDP growth as well as an indication of economic confidence. S&P recently upgraded the Tennessee’s credit rating from AA+ to AAA, the highest possible rating. The upgrade was issued in response to the state’s growing economy, growing rainy day fund, and falling debt levels.

Despite the growing economy, Tennessee lags behind most states in a number of measures tied to innovation. Just 3.7% of workers are employed in STEM fields, and residents were awarded just 15 patents per 100,000 people in 2014 — each among the lowest figures nationwide. 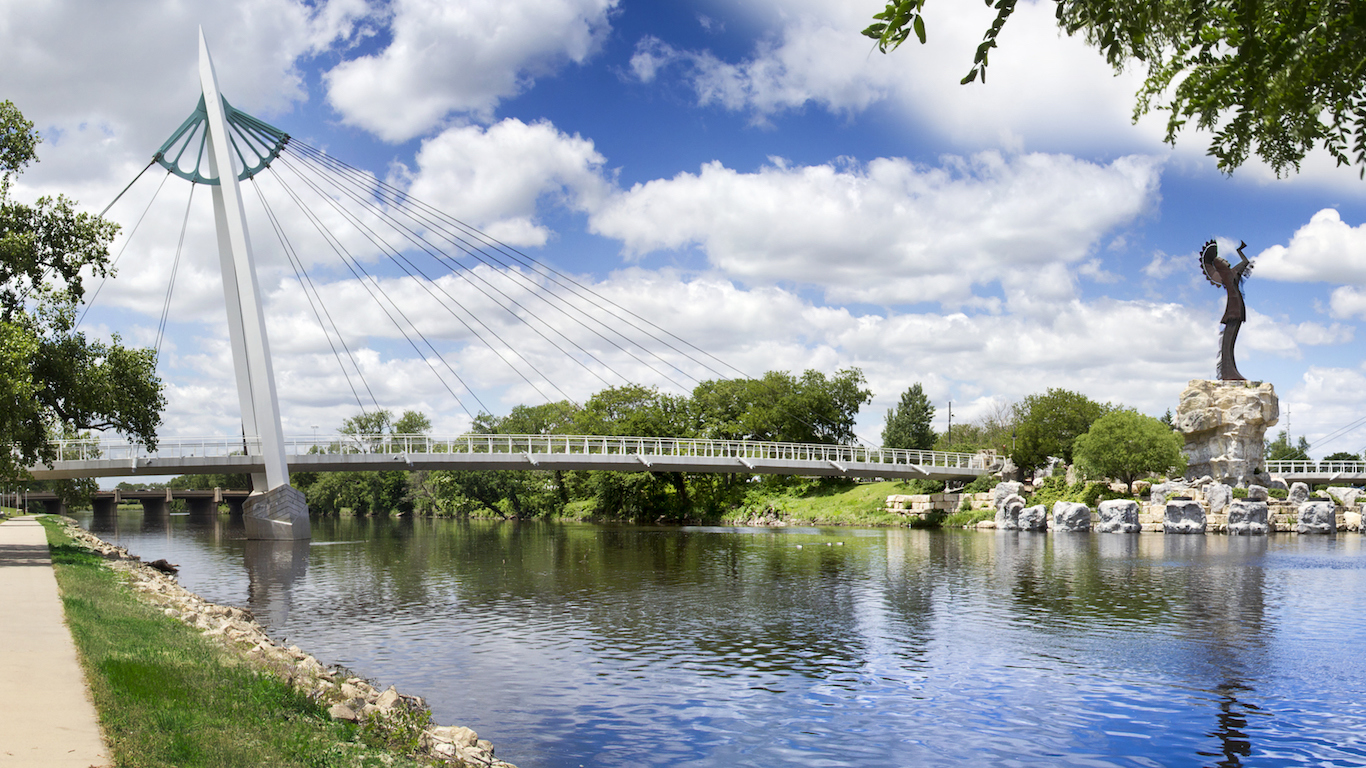 For companies that rely heavily on the quality of roads and other infrastructure systems, Kansas is one of the best states for business. Just 2.2% of Kansas roads are in sub-optimal condition, the lowest percentage of all states and in stark contrast to the 11.2% of roads in need of repair nationwide.

The Kansas economy is struggling compared to most states, however. Credit agencies Moody’s and S&P rate the state Aa2 negative and AA- stable, each worse than the majority of states. 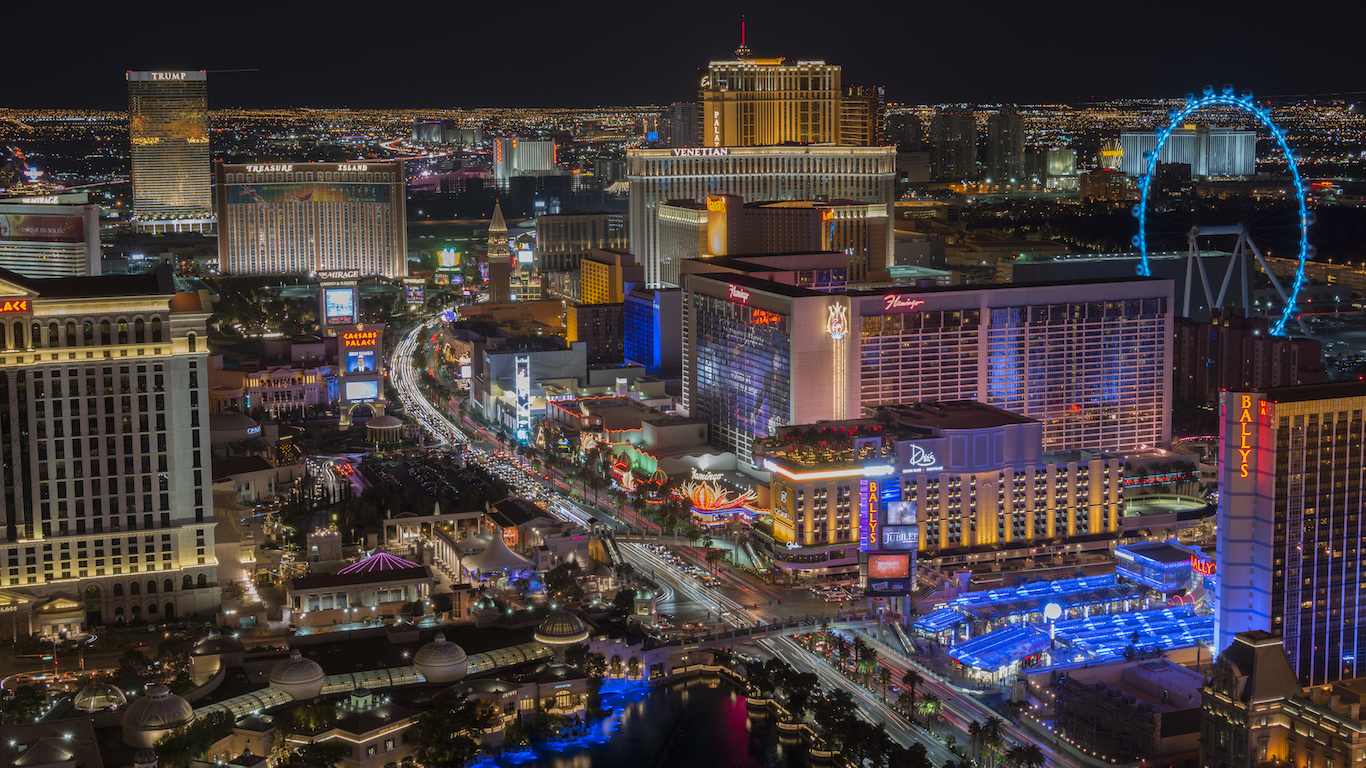 A safe, relatively crime free neighborhood is often a prerequisite for a successful business. While there are plenty of safe parts in the state, violent crime is a considerable problem in Nevada. There were 696 violent crimes, including aggravated assault, robbery, and murder, for every 100,000 residents in 2015, the second highest violent crime rate of any state in the country.

Nevada’s economy is also hurting. The state’s 6.7% unemployment rate in 2015 was the highest of any state, and a rapidly expanding labor force may add additional strain. Nevada’s working-age population is on pace to increase by 28.4% between 2010 and 2020, the largest population expansion of any state. While a high jobless rate and growing population gives employers more options, it is also a sign of a suffering economy, which can translate to lower consumer spending. 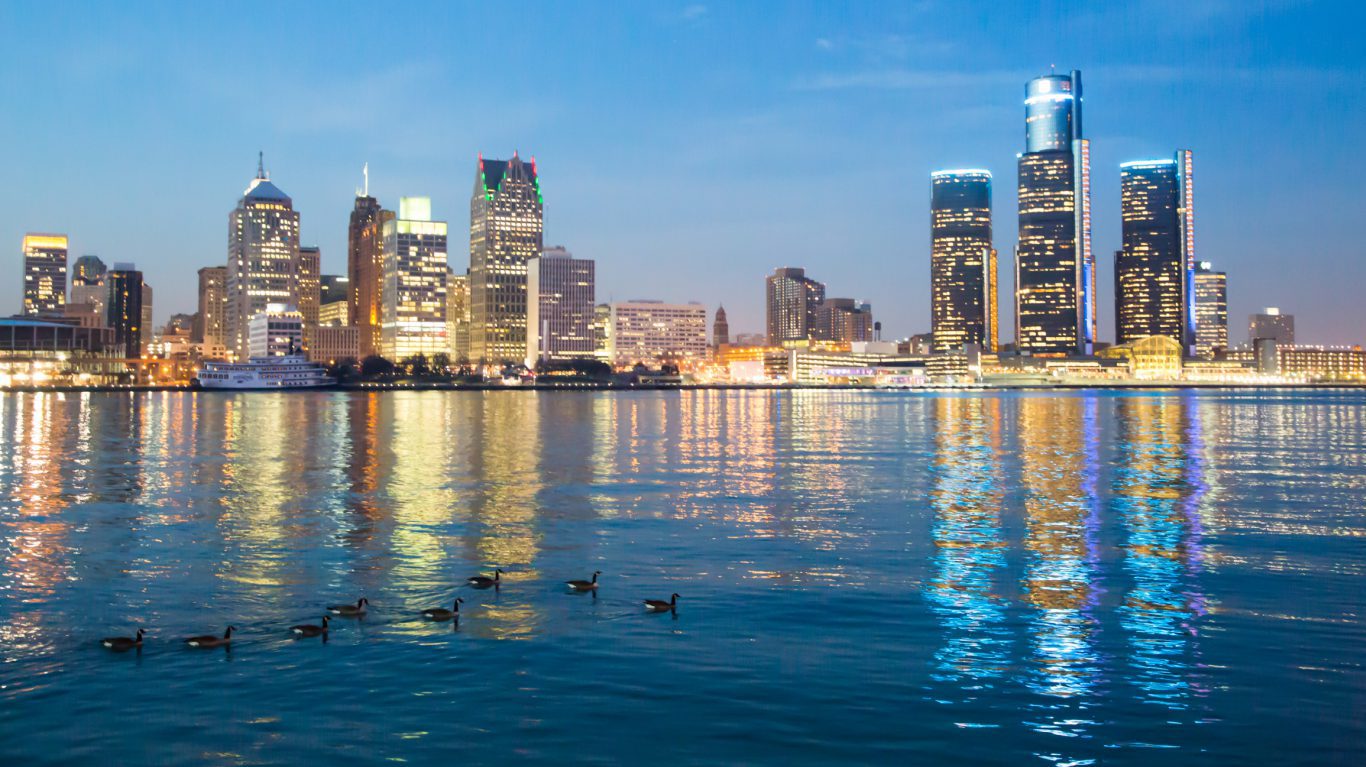 Michigan has one of the most active entrepreneurial environments nationwide. Some 56 patents were awarded per 100,000 Michigan residents in 2014, among the most of any state. The high degree of innovation is likely supported by the relatively high 6.2% share of Michigan workers employed in STEM fields, the seventh largest share of any state.

Despite Michigan’s entrepreneurial climate, population loss and outbound migration has slowed economic growth in the state. In the decade between 2010 and 2020, Michigan’s working-age population is projected to decline by 7.6%, the largest decrease nationwide. With relatively few new residents, just 183 building permits per 100,000 residents were issued in Michigan in 2015, roughly half the national average. The state’s GDP grew by just 1.6% in 2014, far less than the 2.5% national growth rate. 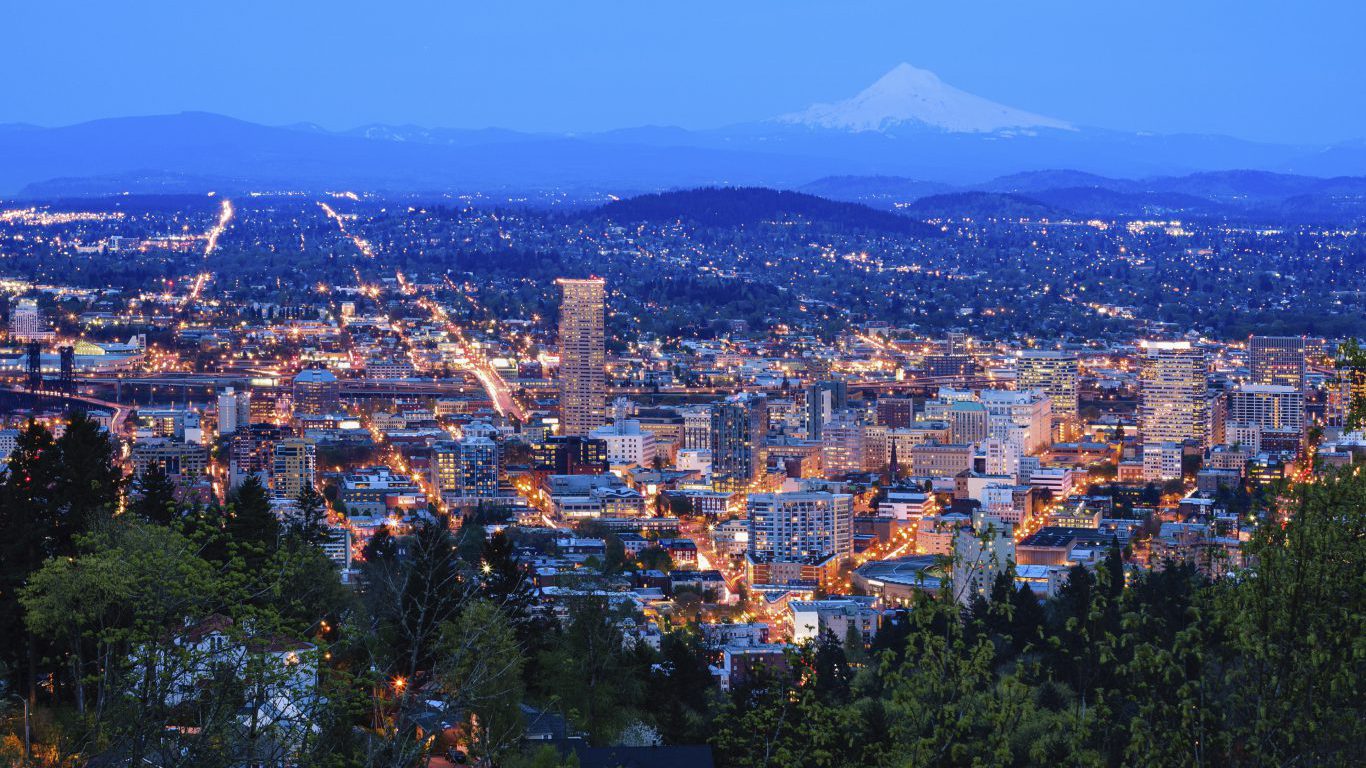 Oregon reported nation-leading economic growth in 2014. The state’s GDP increased by 4.9% that year, nearly double the corresponding national growth. While unemployment has also fallen in Oregon, at 5.7%, it remains higher than in most states. As is generally the case, high unemployment in Oregon could be partially due to insufficient qualifications among jobseekers. According to the Annual Survey of Entrepreneurs, 29.2% of businesses in the state report trouble finding qualified labor, slightly higher than the national share.

In some respects, owning a business in Oregon is more expensive than in many other states. Commercial real estate costs and the state’s corporate tax rates are each higher than in most other states.