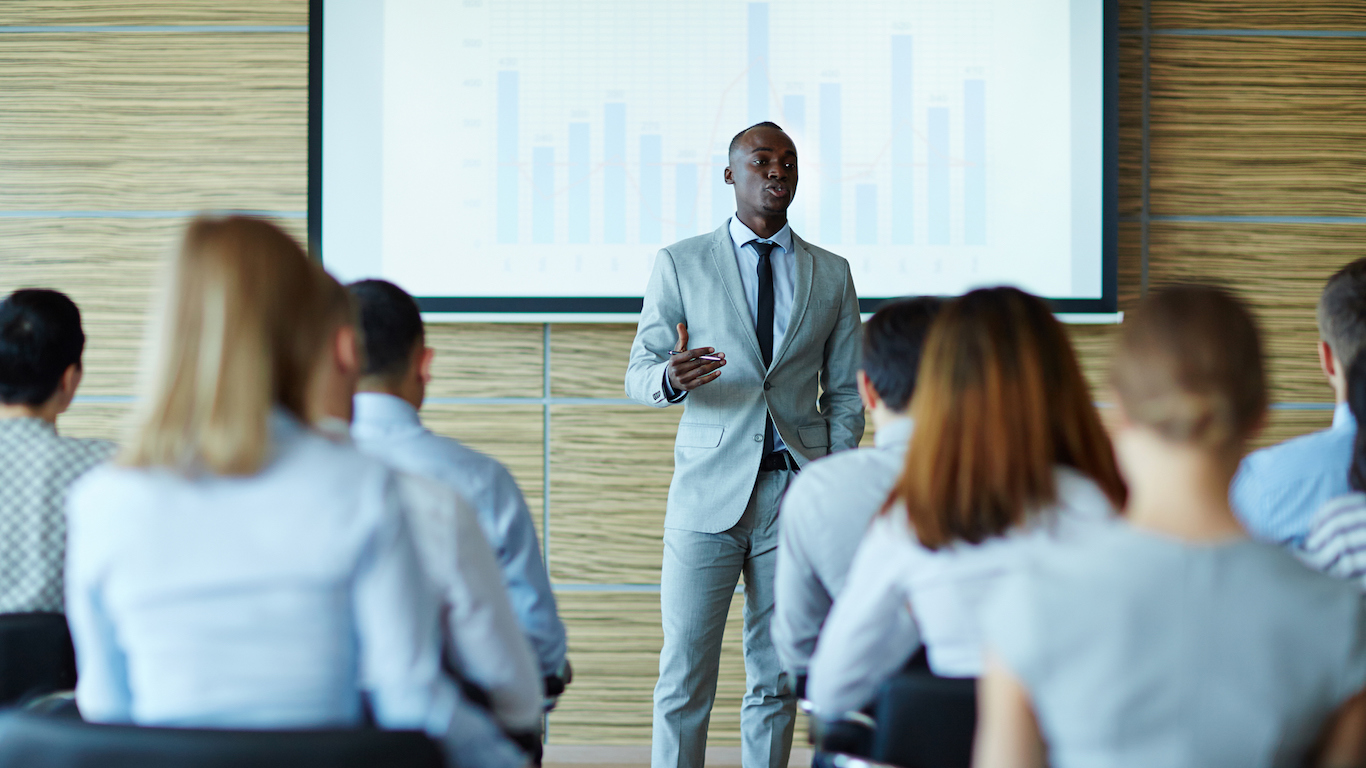 Employees who are able to effectively oversee the training, management, and skill development of a staff can be invaluable, and people in these positions tend to be well compensated as a result. Training and development managers usually have at least a bachelor’s degree, but sometimes a master’s degree as well. They also typically must have at least five years experience on the job. 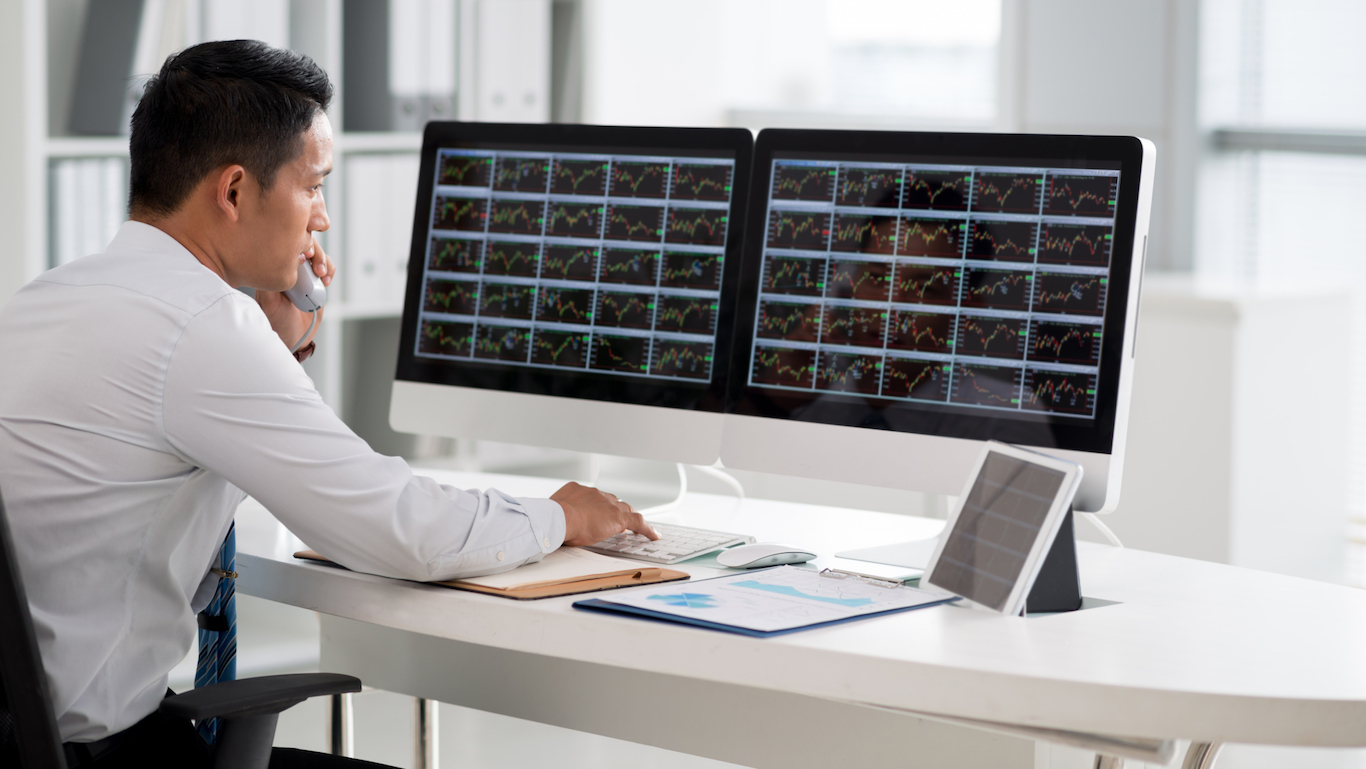 Like many occupations in the financial services industry, financial analysts are highly paid and often well educated. The typical financial analyst earns $1,525 a week, and 88.6% of such workers have at least a bachelor’s degree. In comparison, the national median weekly wage is $832, and 36.4% of full-time U.S. workers have at least a college education. The number of financial analysts is projected to grow by 11.7% by 2024, close to double the national average pace. According to the labor department, the strong growth projection is due in part to the growing range of financial products and the need for expertise in emerging markets.

24/7 Wall St.
States Spending the Most (and Least) on Gambling 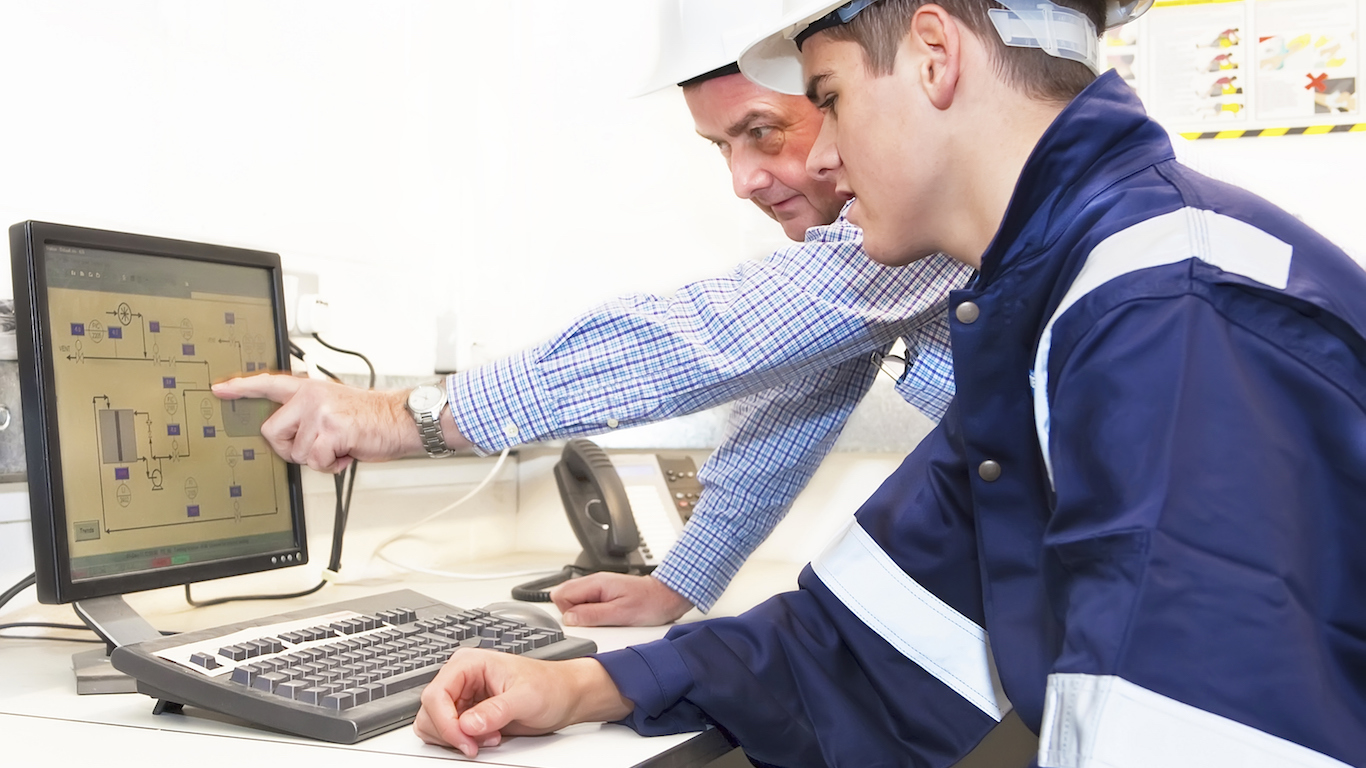 Industrial engineers work in a variety of industries, including health care, manufacturing, and business administration, to help improve work processes. They are tasked with developing quality control systems, production lines, and supply chains. Some of the many roles of industrial engineers are less technically complex. As a result, a smaller share of workers in this occupation have a master’s or professional degree than any other type of engineer. Because they lack specialization they tend to get paid less than some other engineering jobs. Still, the typical industrial engineer earns $1,526 a week, which comes to nearly $80,000 a year. 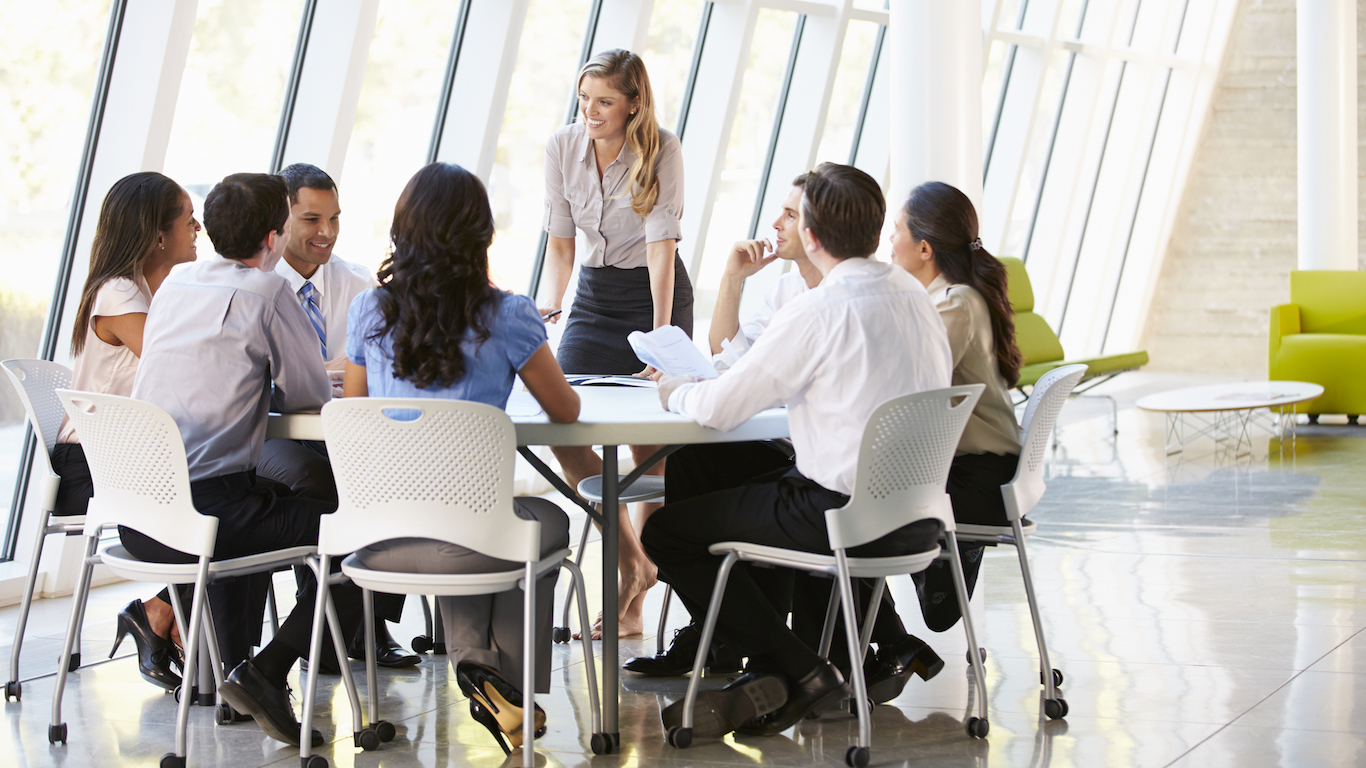 Public image and perception can be essential to the success of groups, and businesses.In an era where news and information can spread rapidly and public opinion can change in an instant, a corporation’s reputation often requires careful management. Partially as a result, managerial positions in public relations agencies are some of the highest paid positions in the United States. The typical PR and fundraising manager earns nearly $80,000 a year, compared to the median annual salary of $43,264 across all full-time workers. 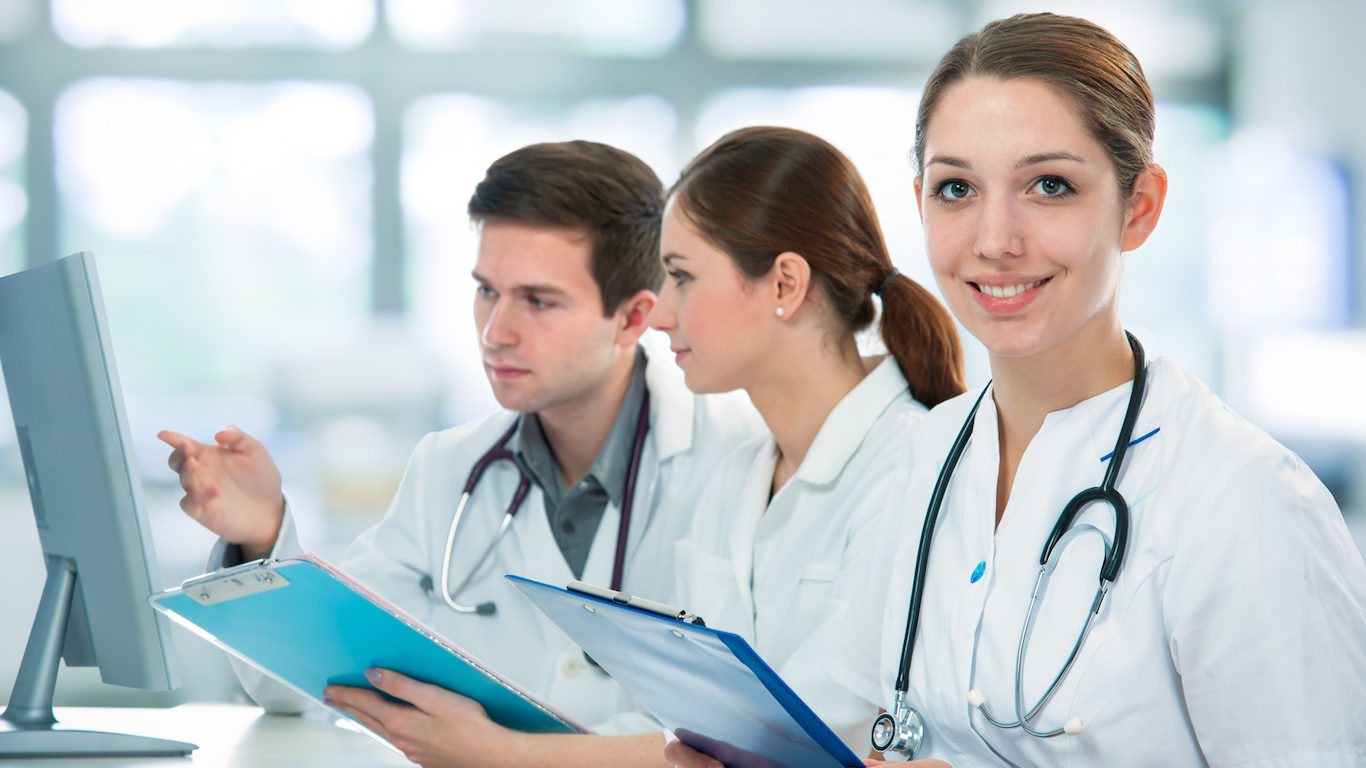 Like the majority of high-paying jobs, most physician assistant positions require substantial education background. Nearly three in four physician assistants in the United States have a master’s degree, and all are licensed by the National Commission on Certification of Physician Assistants upon passing a certifying exam. At 1,544 a week, the typical full-time physician assistant earns an estimated $80,288 annually, nearly twice the $43,264 national figure.