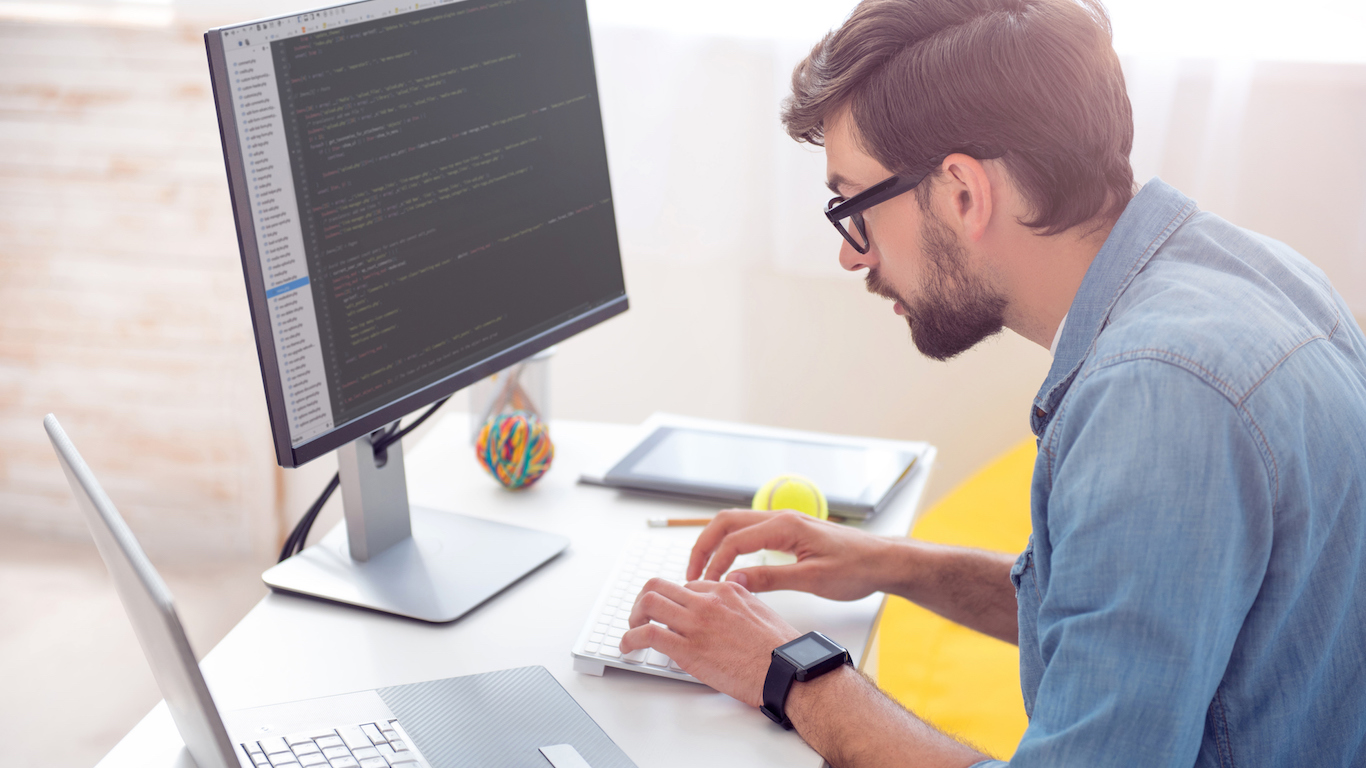 Software development is one of the fastest growing fields in the U.S. economy. Computer science graduates have the capacity to design mobile phone applications with little more than a bachelor’s degree and small capital investment. Further, as computer hardware becomes more affordable, more manufacturers are incorporating software into their products. The number of software developers is projected to grow by 16.7% between 2014 and 2024, far more than the 6.5% average growth rate for all occupations. The typical full-time software developer earns $1,776 a week, which amounts to $92,352, roughly $50,000 more than the typical full-time U.S. worker. 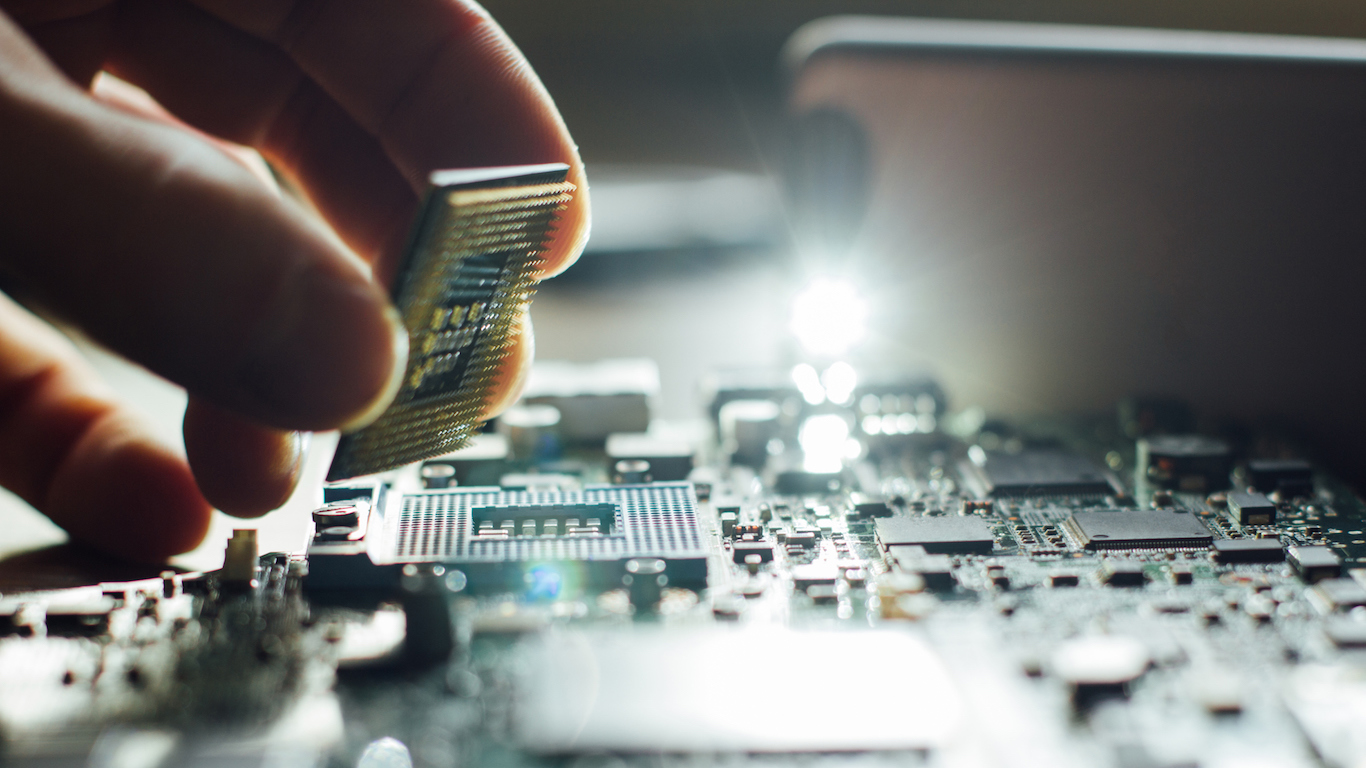 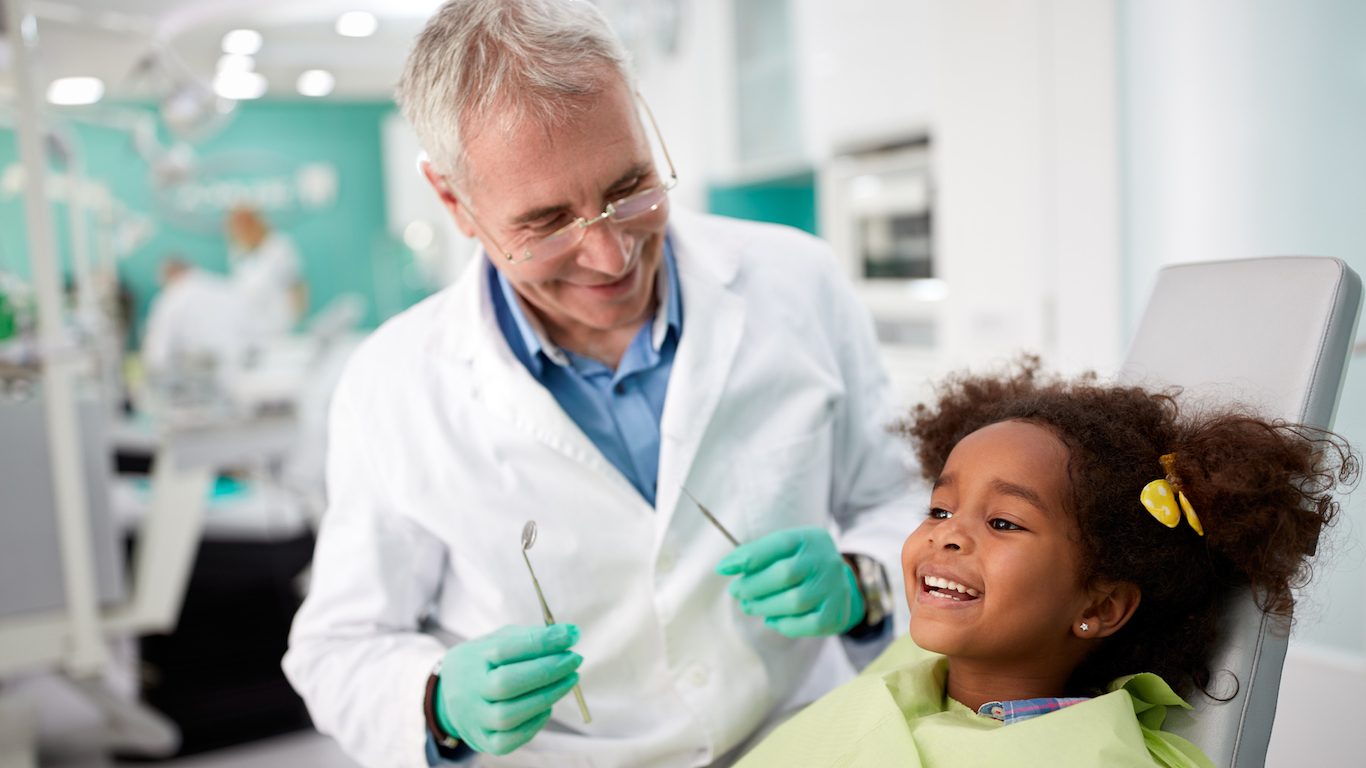 On an annual basis, the typical dentist earns about $96,200, or some $53,000 more than the typical full-time U.S. worker. Like many high-paying professions, dentistry requires substantial education and rigorous training. While licensure requirements vary by state, most dentists must have a professional degree from an accredited dental school. The admission process is often highly competitive, and in 2010 just 41% of applicants to U.S. dental schools were accepted. Acceptance rates my rise in coming years, however, as the aging baby boom generation will require increasing medical care, including dental services. The number of dentists is projected to grow by 18% between 2014 and 2024, faster than most jobs. 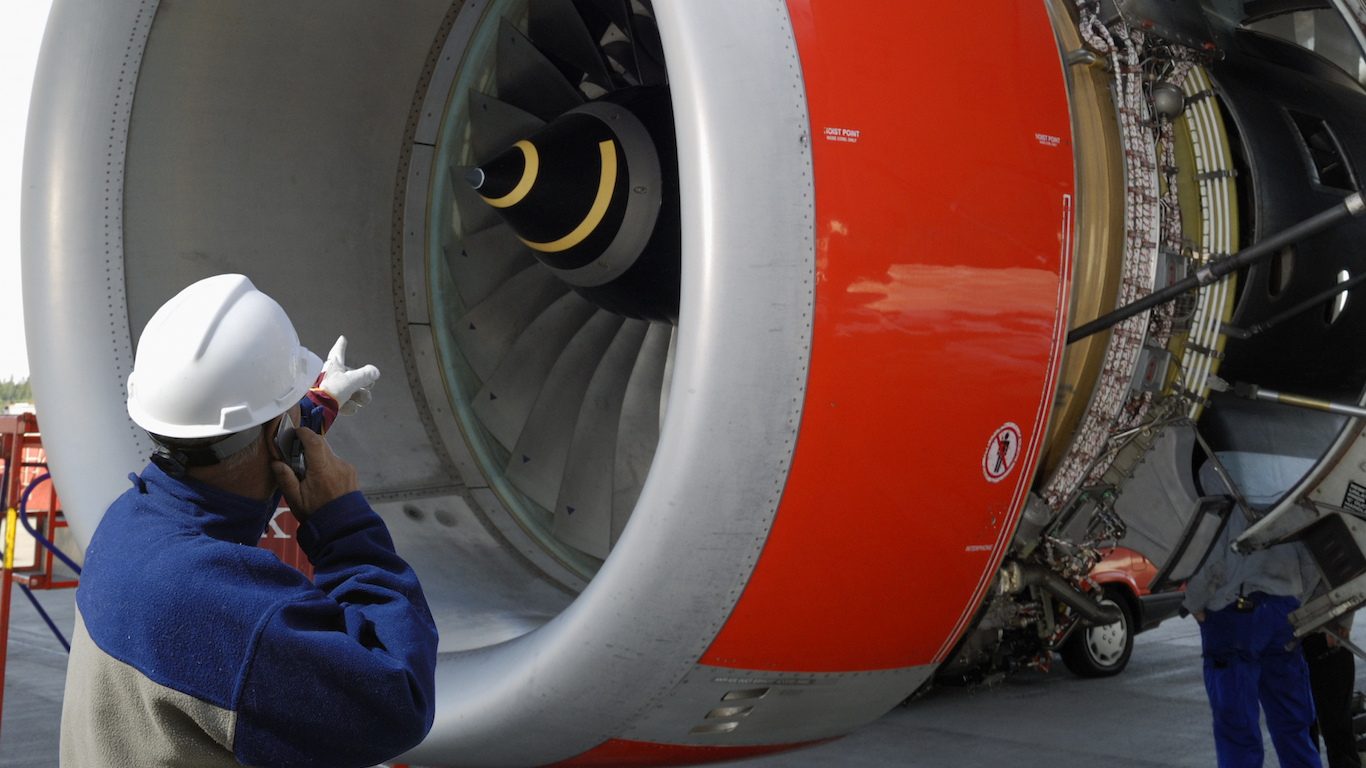 Aerospace engineers primarily design and test prototypes for aircraft, missiles, and satellites. The typical worker in the occupation has a bachelor’s degree in aerospace engineering or another engineering field. Because workers in the field can be either government employees or work for government contractors, security clearance is sometimes a requirement.

The 2.3% projected employment decline in the industry is tied to the overall decline in manufacturing. Ongoing research and development in aircraft fuel efficiency and increased demand from defense contractors will somewhat offset decreasing demand in the field. 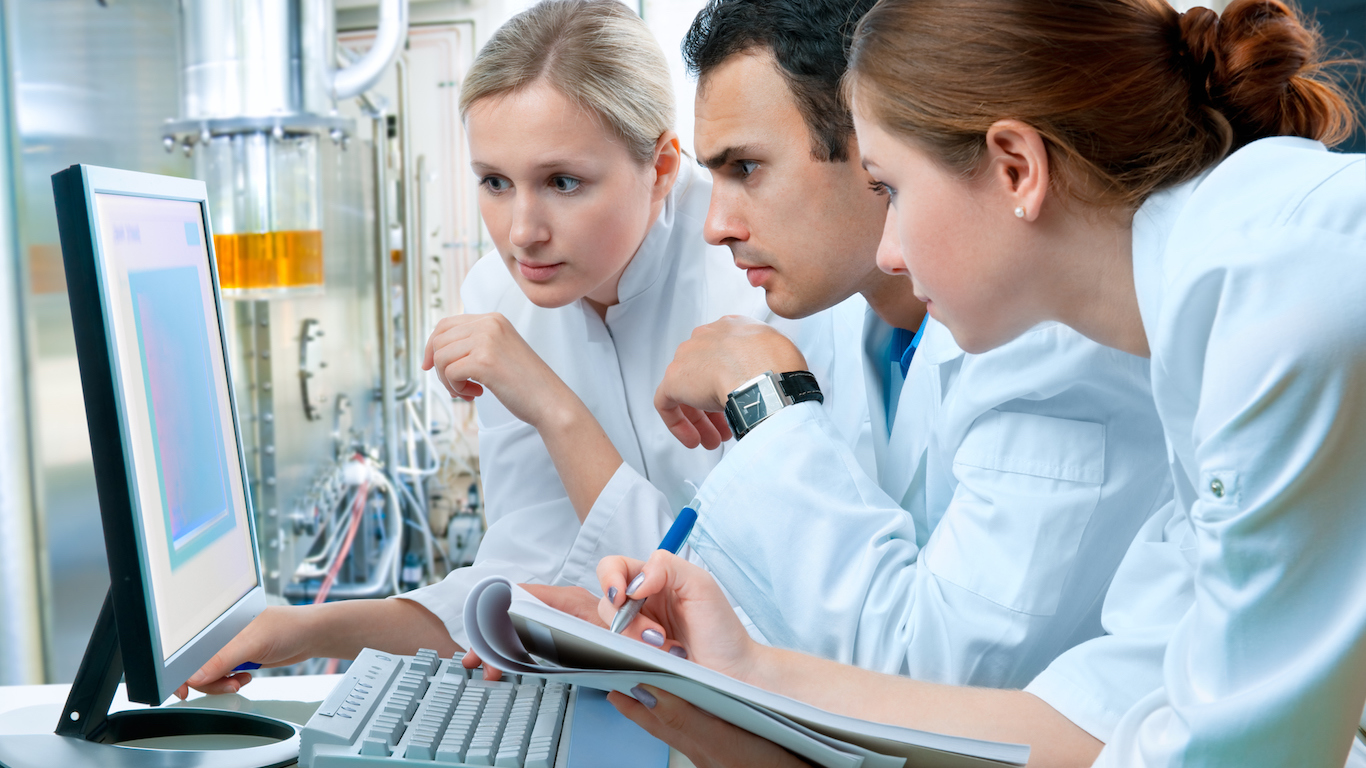 Chemical engineering is one of the many engineering occupations that tend to offer high salaries. Higher-paid roles tend to have higher educational requirements. Over 90% of chemical engineers have at least a bachelor’s degree, and nearly one third have a master’s degree. As is the case with many high-paying roles, women are grossly underrepresented — only one in every five chemical engineers are female.