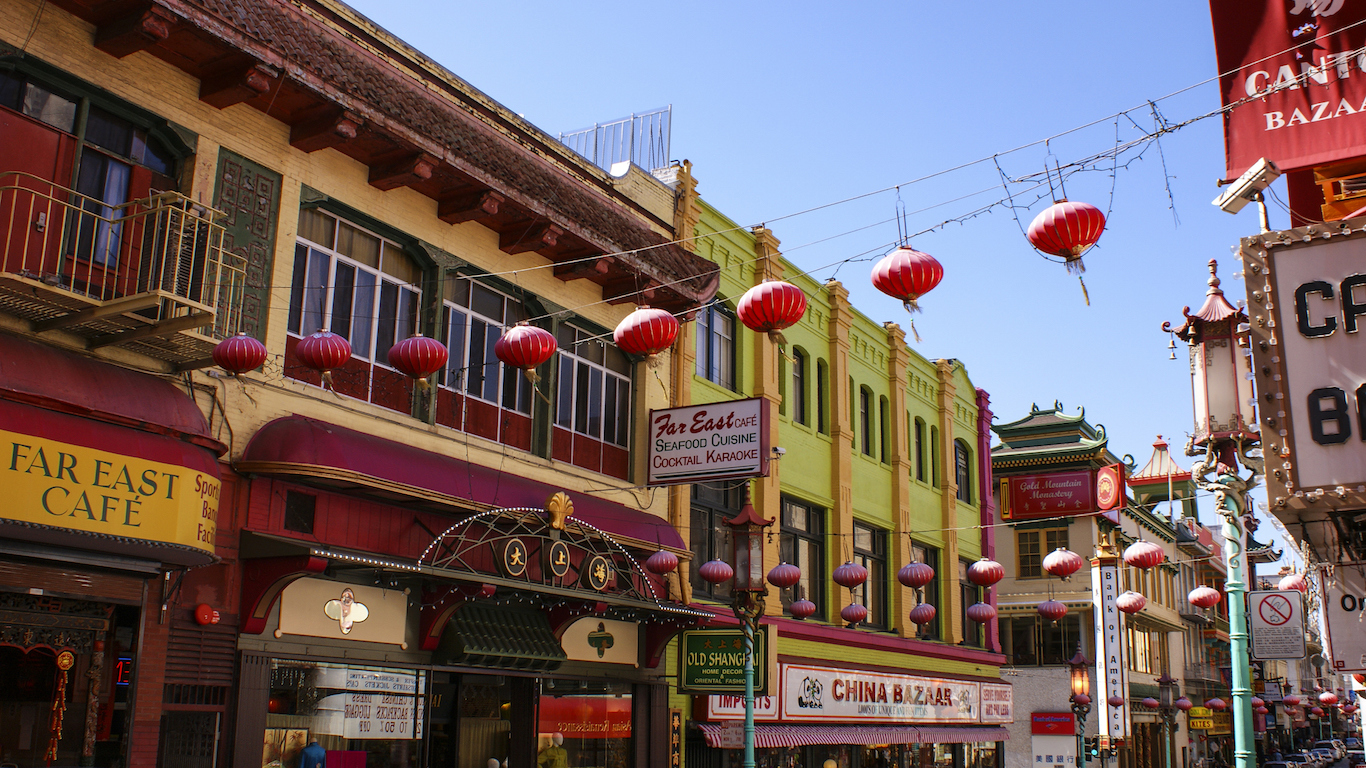 Tipped employees often earn the most in high-end restaurants and hotels. The typical household in the San Francisco metro area earns $88,518 a year, the third most in the country. High area incomes likely help keep some of the nation’s nicest restaurants afloat. Waiters and waitresses earn $32,040 a year on average in San Francisco, roughly $9,000 more than they do nationwide. Food service workers in San Francisco also benefit from the city’s high minimum wage. In November 2014, San Francisco enacted legislation that will gradually increase the citywide minimum wage to $15 an hour by 2018. The city’s current minimum wage is $13 an hour, and will increase to $14 in 2017. 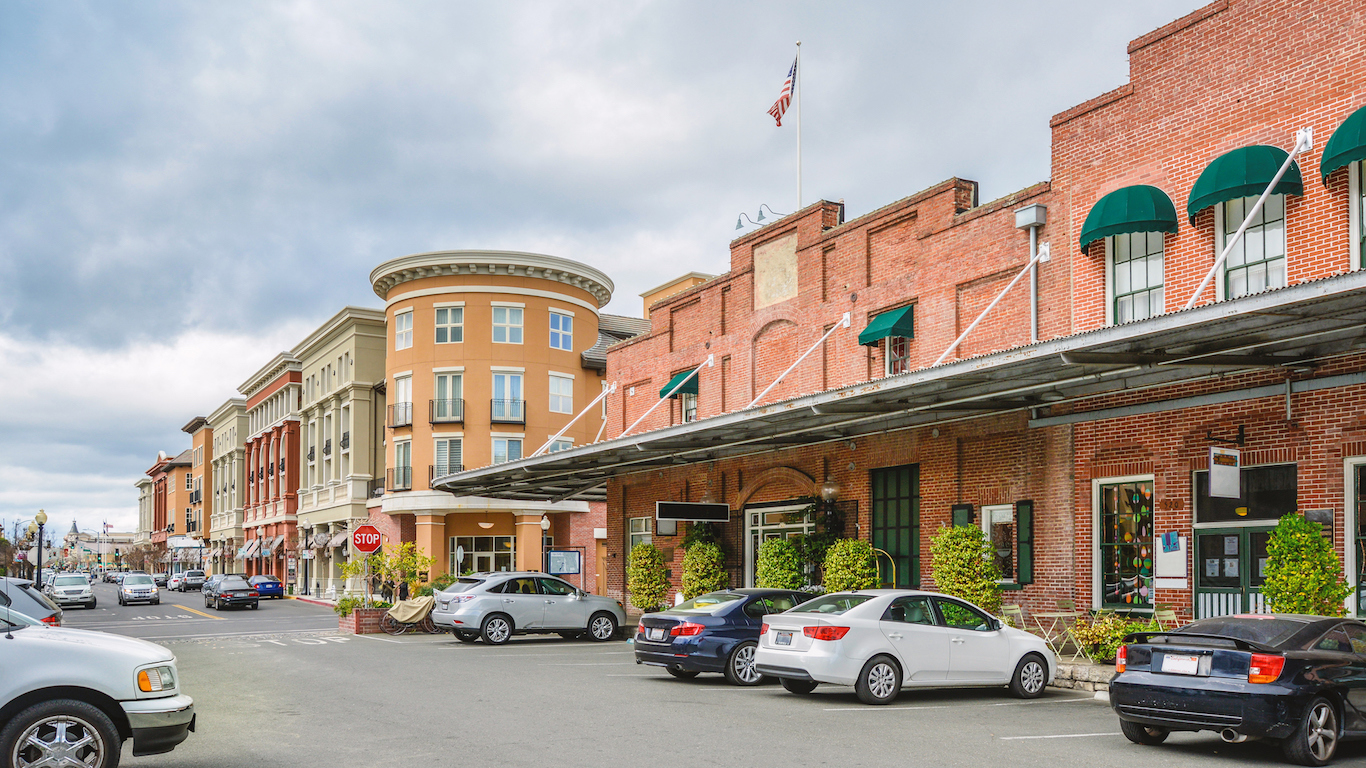 Restaurants are big business in the Napa, California metro area. The accommodations and food services industry accounts for 7.9% of the Napa GDP, one of the largest shares of any city. The average accommodation and food services establishment earns $73,968 per employee in Napa, far more than the $58,974 national average. The high restaurant and hotel revenue translates to high wages for employees. The average waitperson earns $32,290 a year in Napa, over $9,000 more than the $23,020 average for all waiters and waitresses nationwide.

ALSO READ: The Most Obese County in Every State 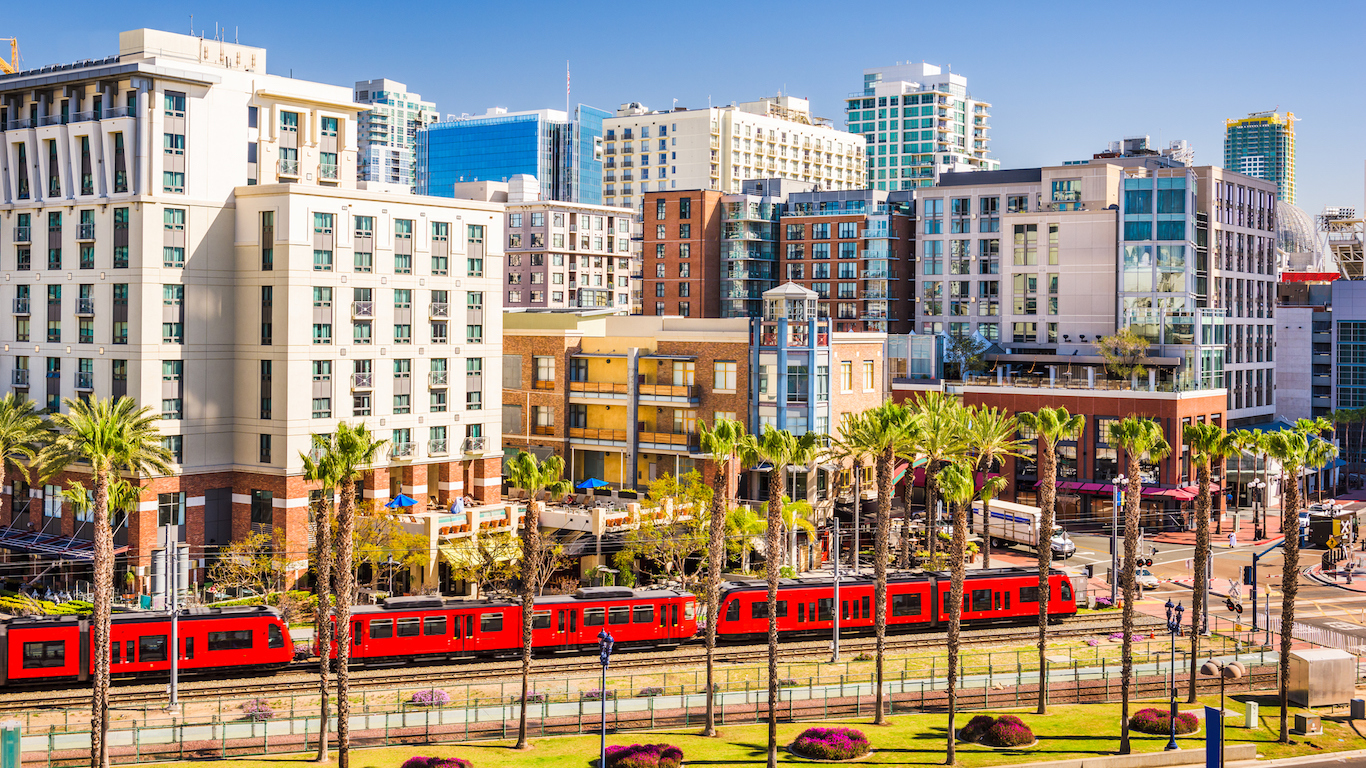 In California, the high cost of living and high minimum wage translate to high earnings for waiters and waitresses throughout the state. In the San Diego metro area, the minimum wage of $11.50 an hour is even higher than California’s $10.50 statewide minimum wage. The average waitperson in San Diego earns $32,300 annually, nearly the highest salary among foodservice workers throughout the country. While San Diego is one of the most expensive cities to live in — goods and services cost 16% more than they do nationwide — real wages for waiters and waitresses in the metro area are still far higher than across the country.

In 2014, Seattle became the first major U.S. city to pass a $15 minimum wage law. The minimum wage will gradually increase to $15 an hour over the next few years, and it has already likely had a major impact on traditionally low-paying foodservice jobs. The average waitperson in Seattle earns $32,720 annually, roughly $9,000 more than the average for all waiters and waitresses nationwide.