America's Most (and Least) Common Jobs 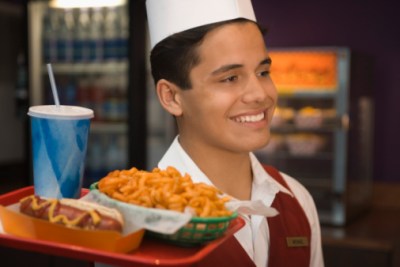 Source: Thinkstock
The job market is an important indicator of the economy’s health. A look at the most and least common jobs reflects the industries that are critical to the economy, as well as those that are gaining prominence, or becoming obsolete.

According to Martin Kohli, chief regional economist at the Bureau of Labor Statistics (BLS), industry growth trends play a significant role in driving job totals. Workers in the nation’s most popular occupations “are employed in industries that have also been expanding,” Kohli said. Food preparers, one of the most common jobs, are in food services, an expanding industry according to Kohli. Similarly, the number of registered nurses is keeping pace with the growing health care field.

In fact, several rare occupations are expected to shrink considerably. The BLS currently estimates that the number of animal breeders will fall by 23% between 2012 and 2022, while the number of fabric menders will drop by 10%. The number of radio operators and wood patternmakers is expected to be effectively flat, even as the number of total jobs is projected to rise by 11% in that time.

Still, some of these uncommon jobs do have growth potential and include relatively high salaries. The average geographer earned more than $75,000 annually as of 2013, and the average industrial-organizational psychologist earned nearly $88,000 annually. The BLS forecasts that these jobs will grow by 29% and 53%, respectively, between 2012 and 2022

The most common jobs also offer few opportunities for advancement. And while there may well be exceptions, Kohli added that people “don’t think of many of these jobs — such as cashier or retail salesperson — as having a career ladder that would lead to a higher-paid job.” Additionally, these jobs are typically not unionized, which may also contribute to lower wages, said Kohli.

To determine the nation’s most and least common jobs, 24/7 Wall St. reviewed figures published by the BLS’ Occupational Employment Statistics (OES) on occupational employment and wages for more than 800 professions. These figures reflect data as of May 2013. We also reviewed employment forecasts from the Bureau’s Office of Occupational Statistics and Employment Projections. These projections forecast changes in employment, by occupation, between 2012 and 2022. Finally, we reviewed descriptive information on occupations from the Bureau’s Occupational Outlook Handbook as well as O*NET OnLine. Because OES figures do not account for self-employed workers, occupations were excluded if other industry information indicated OES totals may be incomplete estimates.

These are America’s most and least common jobs.