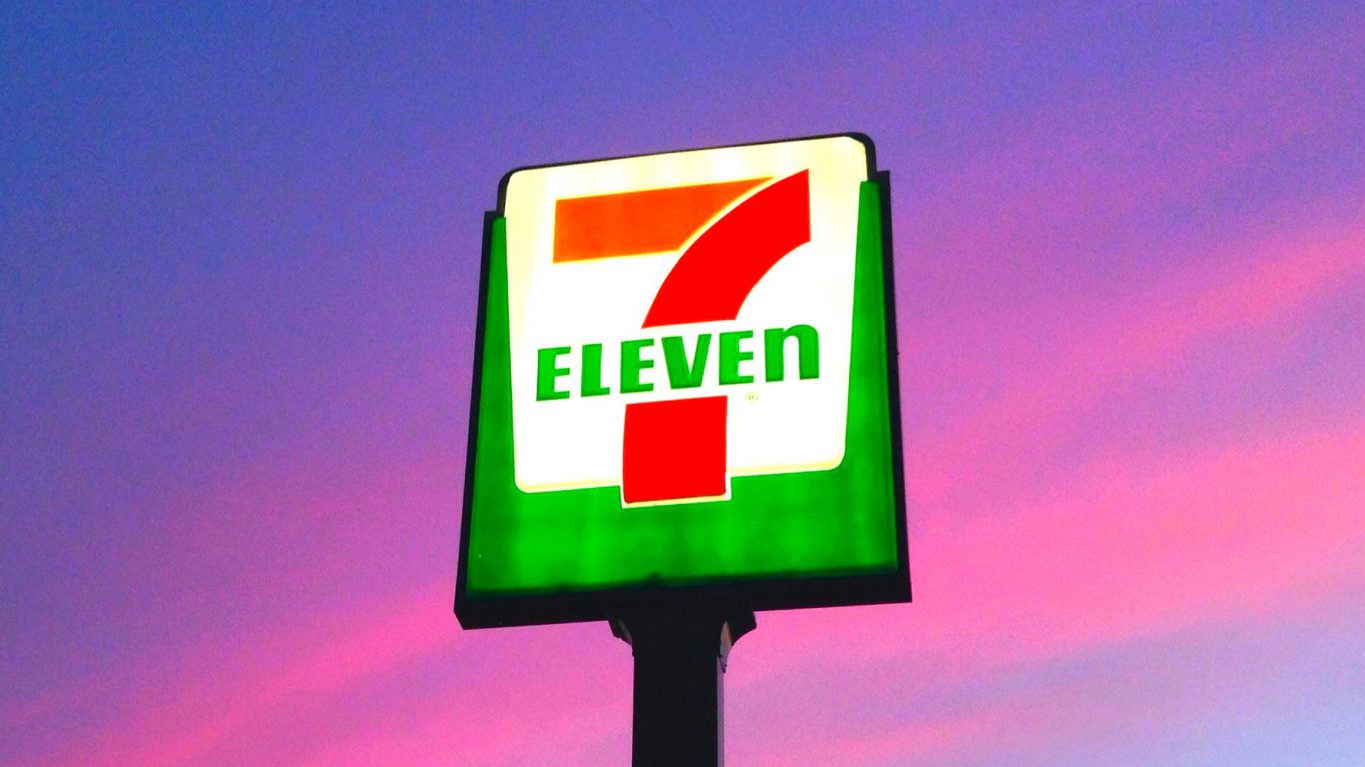 The Japanese conglomerate Seven & i Holdings announced this spring that its convenience store chain 7-Eleven would acquire approximately 1,100 stores and gas stations from petroleum company Sunoco. The acquisition is expected to complete this August. The company’s stated plan is to increase its U.S. store count to over 10,000 from the current 8,500 locations. If the company’s aim to expand 7-Eleven’s U.S. presence is successful, the convenience store’s popularity will likely increase. In April, approximately 17.2% of Americans went to a 7-Eleven. 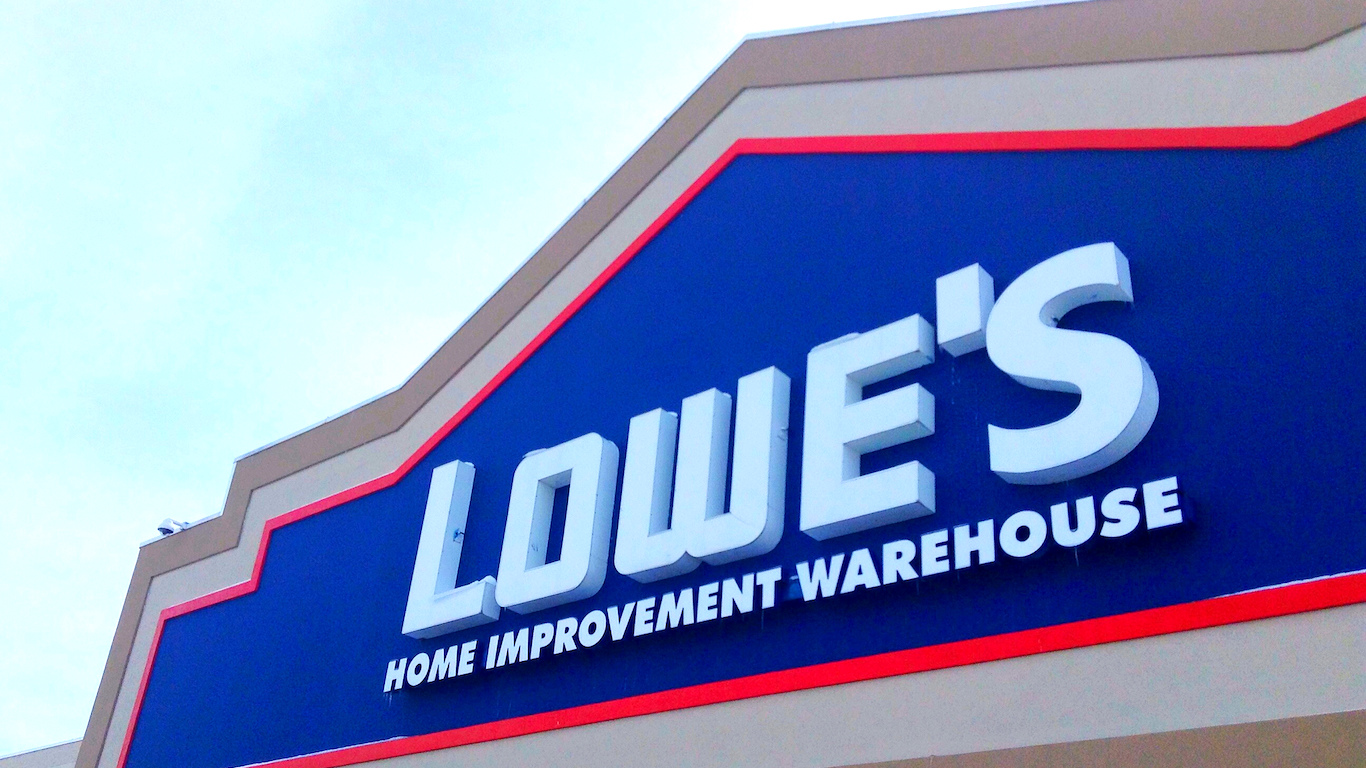 Home prices and demand for home improvement supplies have a major impact on business at Lowe’s, one of two hardware retailers among the most popular stores in America. With the ongoing housing and economic recovery, Lowe’s reported a profit of $3.09 billion in its fiscal 2017 on revenue of $65.02 billion — both up from the year before. In another display of both the store’s popularity and perhaps business success, Lowe’s announced in June its acquisition of Maintenance Supply Headquarters, a distributor of repair and operations products operating in the multifamily housing industry, for $512 million. 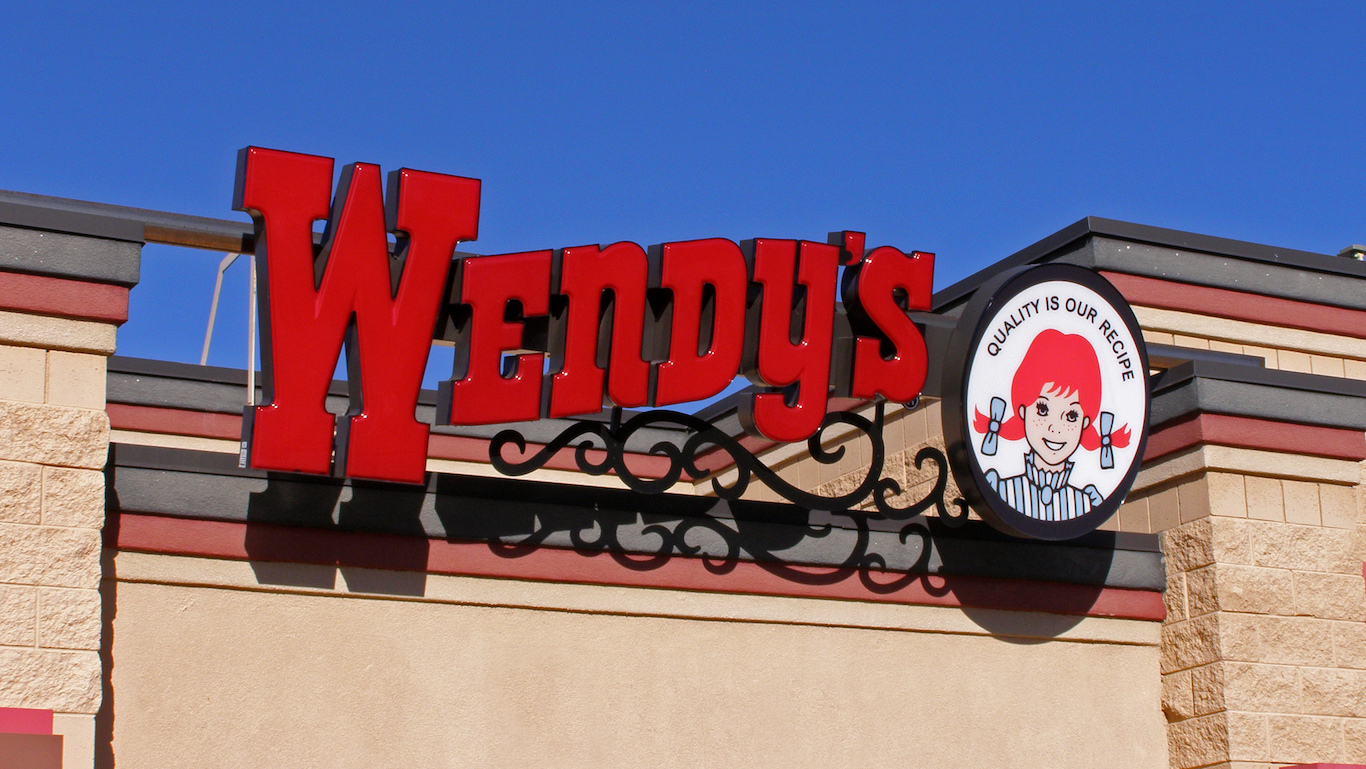 Most people do not eat out every day. Still, because people generally eat several times a day, restaurants and stores in the food retail category have an inherent edge competing for foot traffic. Like the other popular fast food restaurants reviewed on this list, Wendy’s is nearly ubiquitous in the United States, further boosting frequency of visits. As of January, there were over 6,000 Wendy’s locations in the 50 states and D.C. — the vast majority of which operated as franchises. Nearly one in every five Americans went to Wendy’s in April. 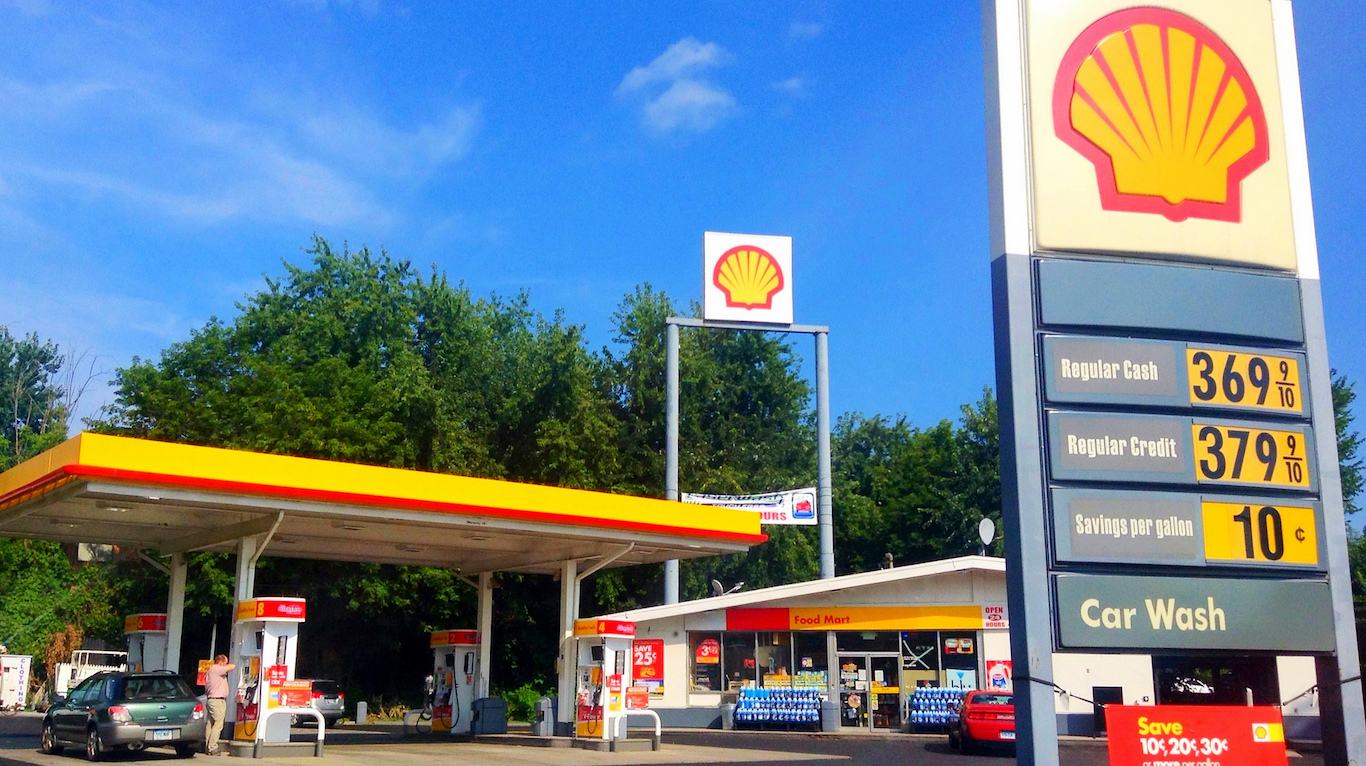 Americans drove a total of 3.1 million miles in 2015, more than in any previous year and more than double the total vehicle miles driven in 1980. In recent years, lower gasoline prices have made driving more affordable for motorists again, and Americans are more likely to fill up at Shell than at any other gas station. In a given month, about one in every five Americans goes to one of Shell’s 14,000 locations across the United States. 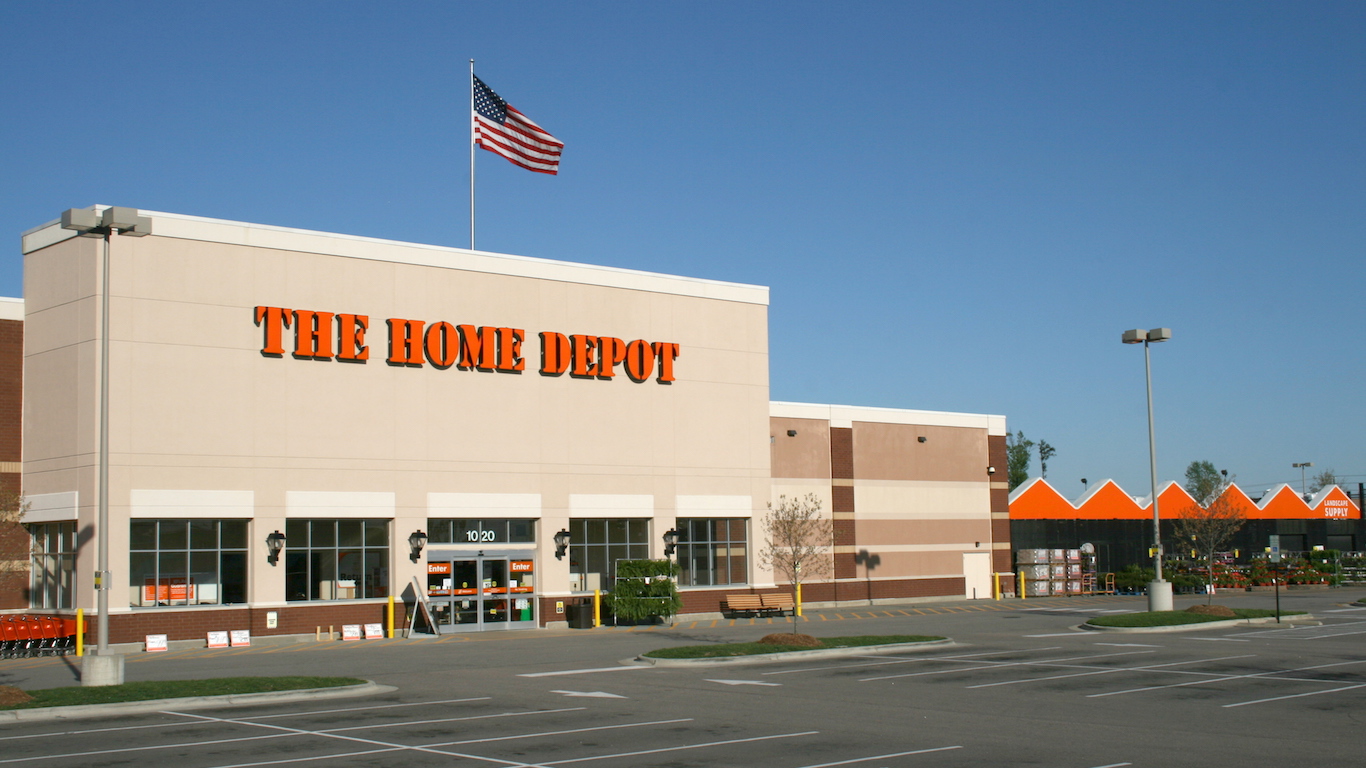 The U.S. housing market has recovered substantially since the height of the Great Recession. New housing starts bottomed out at only 478,000 in April 2009. In April 2017, there were 1.2 million new housing starts, a level of residential construction not seen for over seven years. Home improvement retail giant The Home Depot has benefitted tremendously from improved economic conditions and the resulting construction boom. About 20.5% of Americans visited a Home Depot location last month, and the company reported $94.6 billion in revenue in fiscal 2017, up 6.9% from the previous year and up 13.7% from fiscal 2015.