Scoring an industry average 79, Dunkin’ Donuts has seen an incredible increase in revenue over the past 10 years. Dunkin’ Brands, which owns and operates Dunkin’ Donuts and Baskin-Robbins, witnessed an increase of $312 million, a 60% jump in sales since 2007. The company’s bottom line might benefit from Dunkin’s superior customer service rating over main competitor Starbucks, which scores a 77. Unfortunately, Dunkin’ lost some ground over its rival in 2017, as its ACSI score dropped one point compared to 2016. 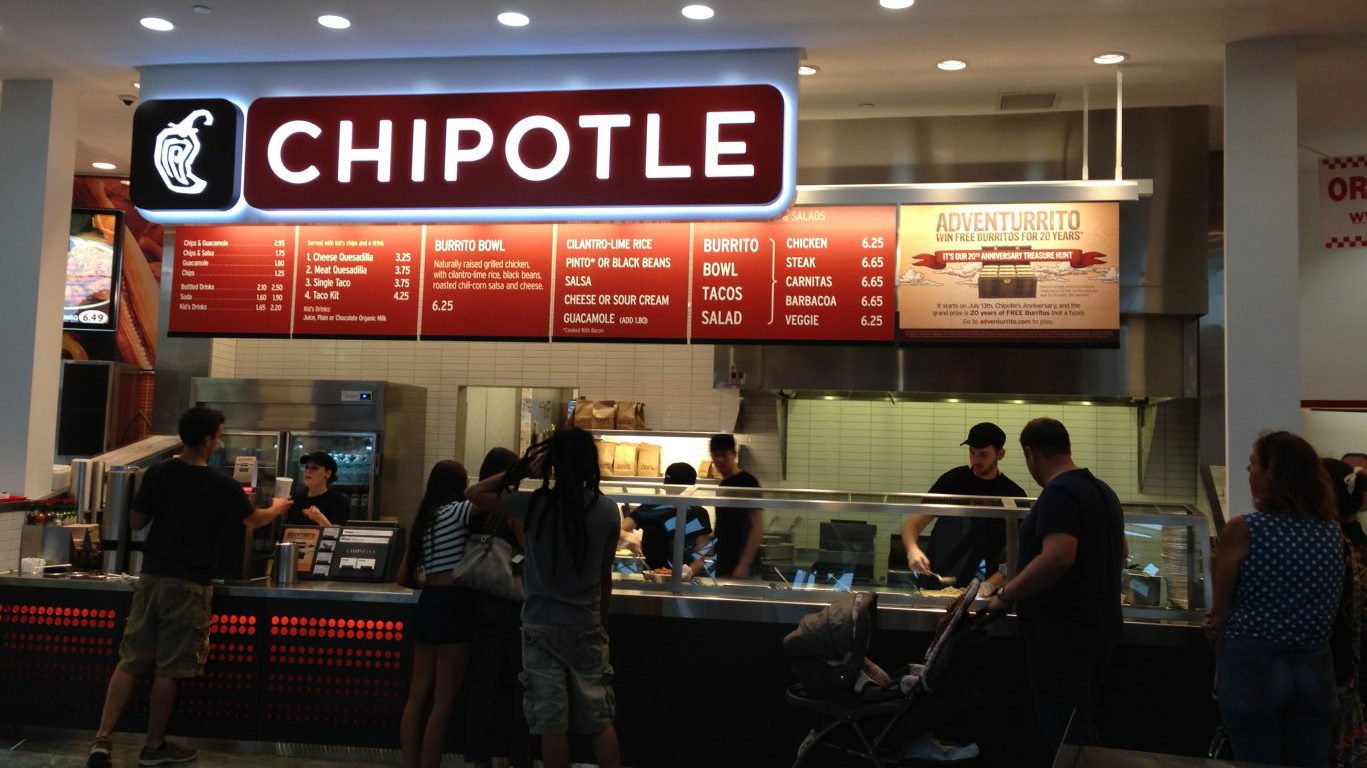 It’s impressive that Chipotle made the average ACSI score for fast food chains considering its bout with an E.coli breakout in 2015. The company’s profits decreased by an astonishing 82% following the outbreak. The company’s ACSI score was 83 in 2015. It dropped to 78 by 2016, likely due at least in part to the outbreak. By 2017, however, the company is making a strong comeback with revenue, profits, and customer service rank all on the rise. The recovery may be short-lived, however, as a recent outbreak of norovirus was widely reported this month. An employee in Sterling, Virginia came back to work while still ill with the virus and, as a result, over 130 people suffered from food poisoning. 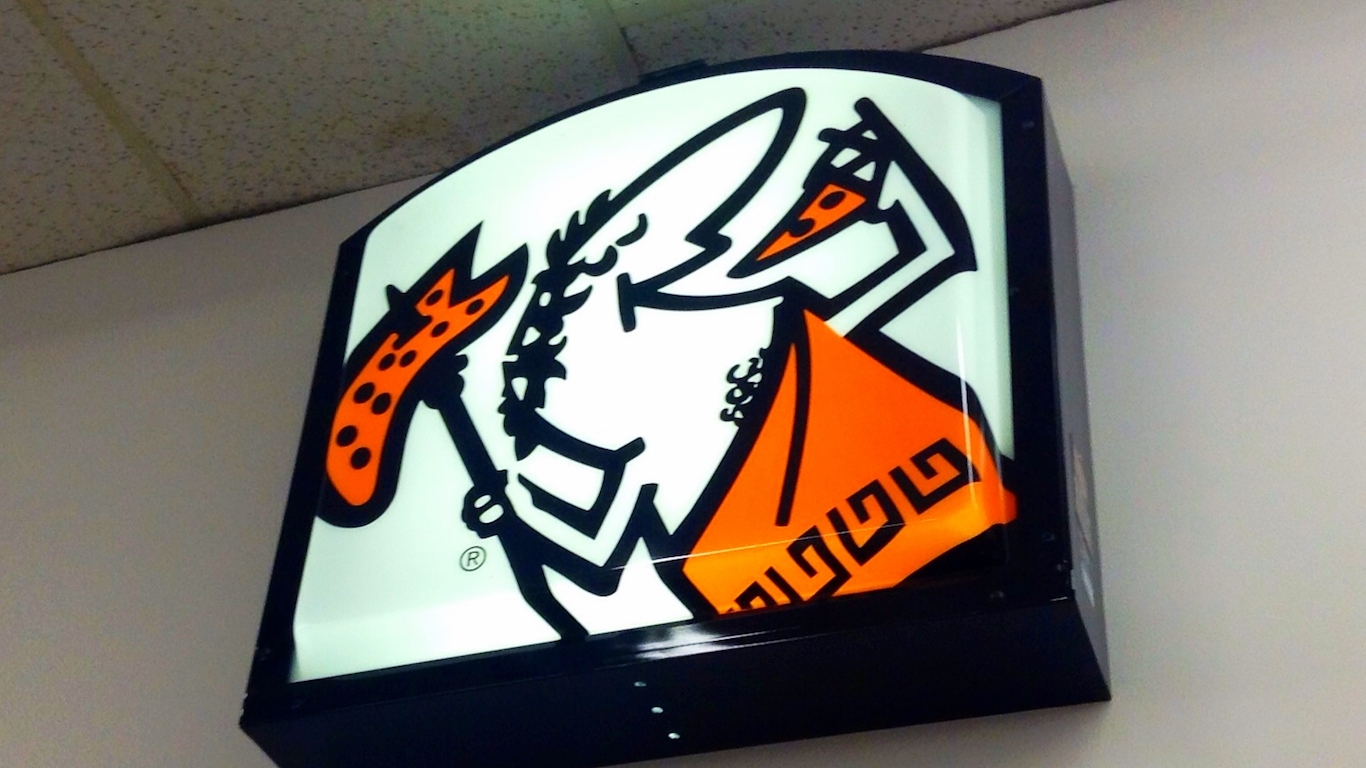 After making considerable strides — the company’s ACSI score increased from 74 in 2015 to 81 in 2016 — Little Caesars faltered again this year. Sporting the largest decline in score of any fast food chain on this list, the pizza chain scored just 78 this year. 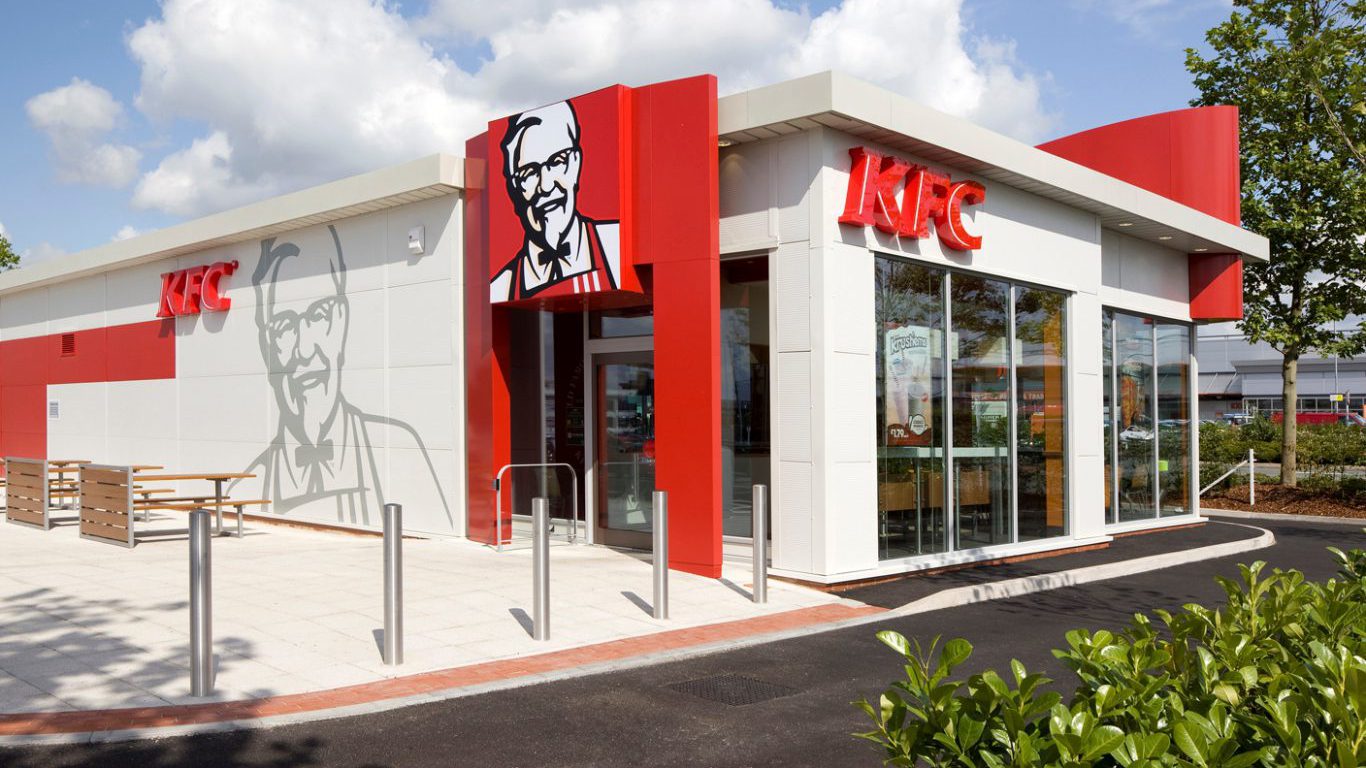 Of the three Yum! Brands restaurant chains — KFC, Taco Bell, and Pizza Hut — KFC brings in the most revenue, nearly half of Yum! Brands’ total. While Colonel Sanders likely never envisioned something like this could happen, KFC is far more popular outside the U.S. than at home. People enjoy fried chicken in 20,604 KFC locations in 128 countries — and 80% of these locations are outside the United States.

This is not to say Americans don’t like their Kentucky Fried Chicken. U.S. customers tend be generally more satisfied with the level of service at KFC restaurants than in other chains. KFC scored higher on the ACSI than the majority of other fast food restaurants, including sister chains Taco Bell and Pizza Hut. 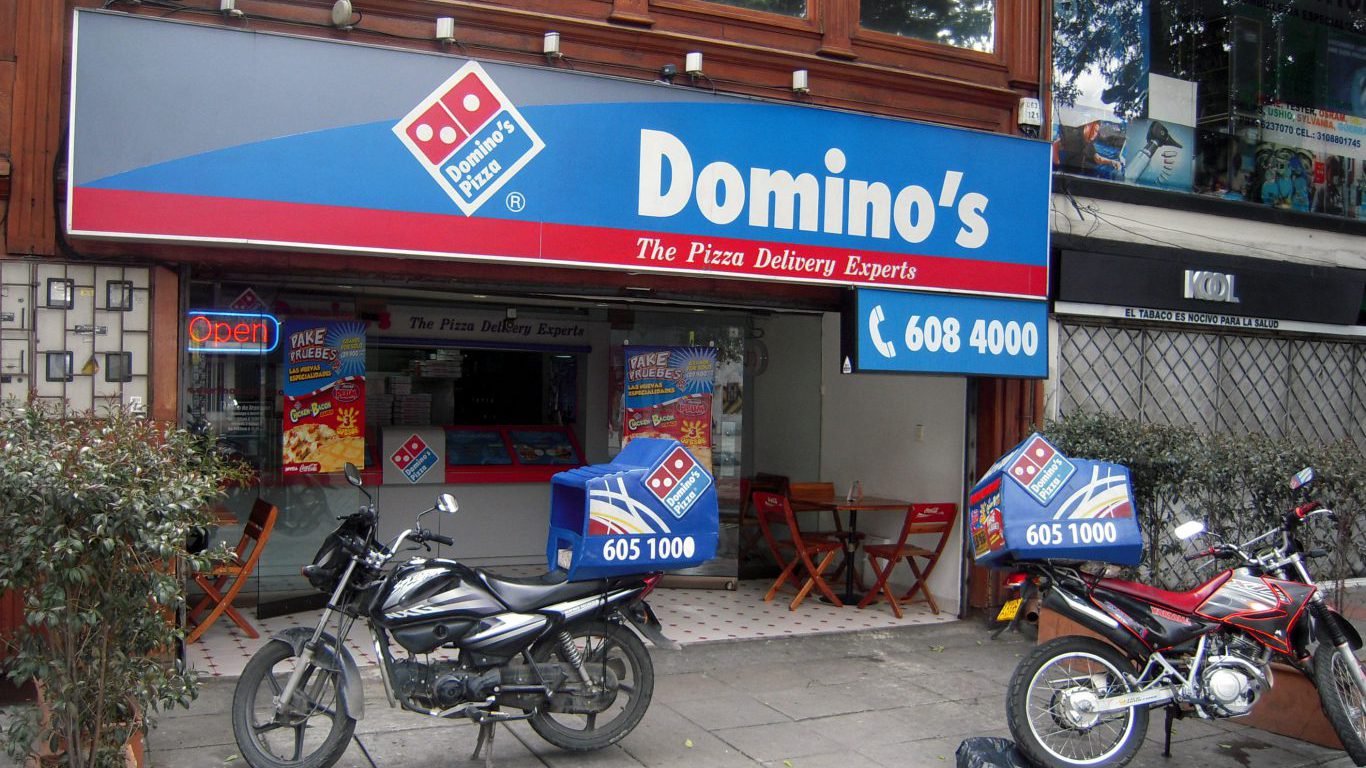 With over 13,800 locations around the globe, Domino’s is the second largest pizza restaurant chain in the world. The company sells more than 2 million pizzas every day in over 85 markets worldwide. The pizza chain’s customer satisfaction score remained flat between 2016 and 2017, at 78, just below the average across all limited service restaurants. The score has changed erratically over the years, but is up by 16.4% from 1994, the first year the survey was conducted. This is a relatively large improvement compared with other chains.