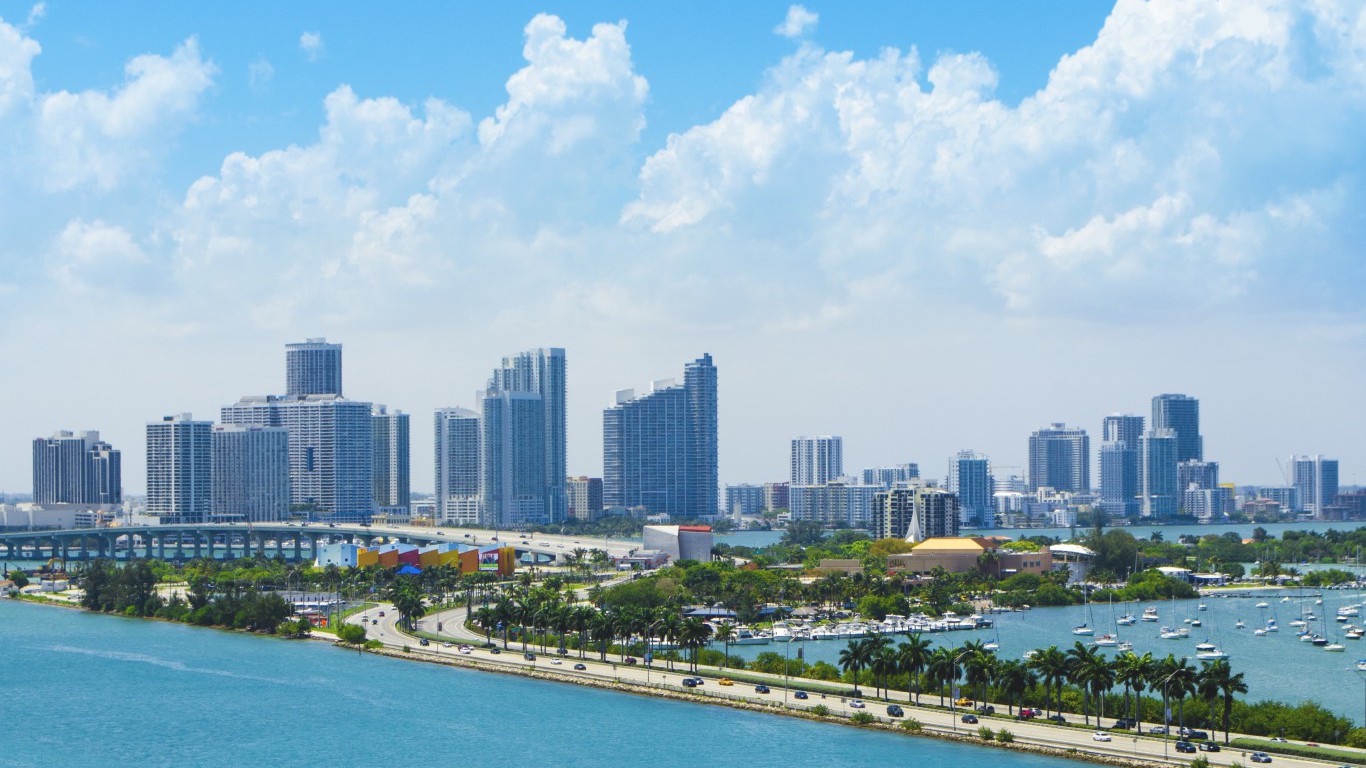 A large share of the state’s labor force remains underemployed despite substantial economic growth in the state in recent years. Florida’s GDP rose 3.0% in 2016, double the 1.5% national rate and more than any state other than Oregon and Washington. 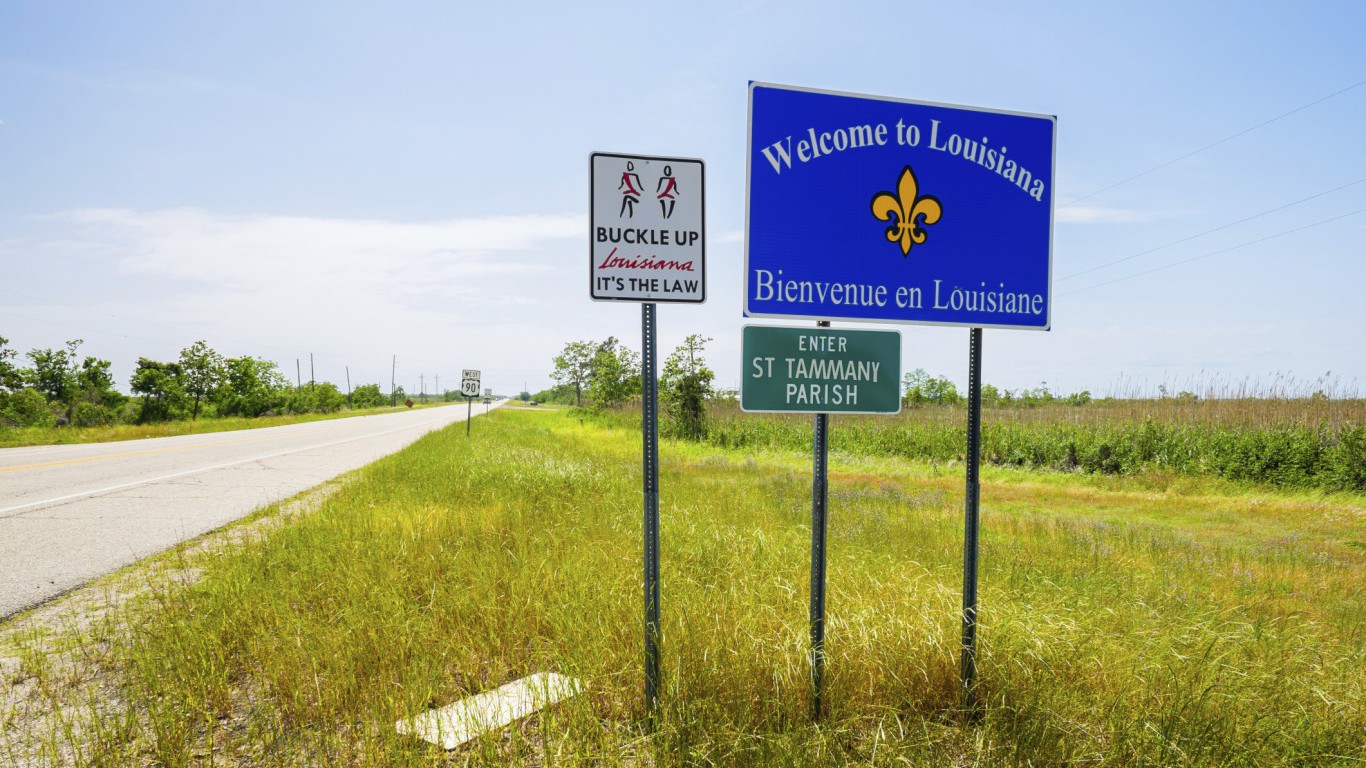 Louisiana is one of many oil-producing states where economic growth has been hindered by the global drop in oil prices. Louisiana has 18 operating petroleum refineries, the most of any state other than Texas, and 1.9% of workers in the state are employed in mining and logging — the seventh largest share nationwide. In 2016, the mining and logging sector detracted more from the state’s GDP growth than any other sector, and led to negative economic growth overall. Louisiana’s GDP shrank by 1.2% in 2016, the fifth largest contraction of any state. Sluggish economic activity has hurt labor utilization in the state. Today, 10.5% of the Louisiana labor force is unemployed or underemployed, far higher than the 9.5% national rate and just a slight improvement from the 10.8% share one year ago. 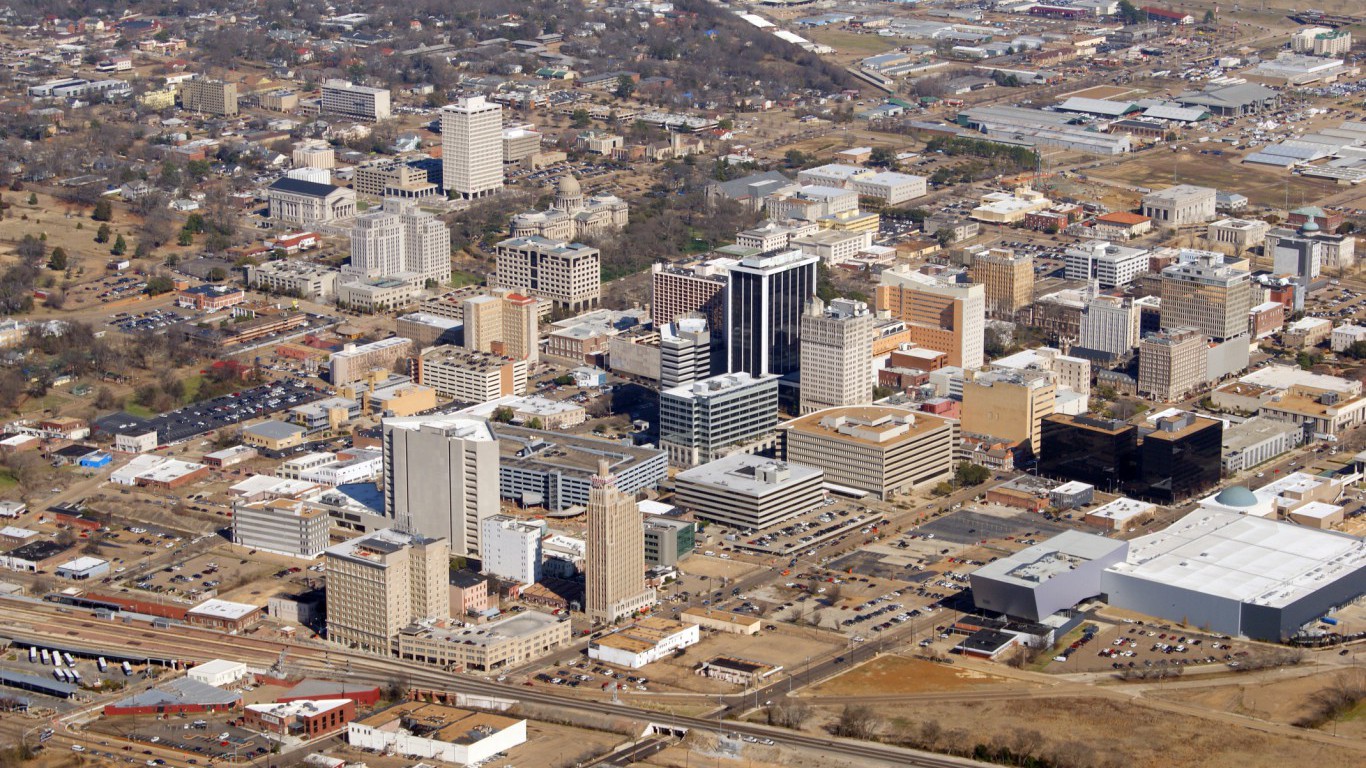 One reason for Mississippi’s higher than average underemployment may be the state’s shallow talent pool, which can limit the number of businesses that choose to relocate or establish operations in the state — and limit job opportunities for Mississippi residents overall. Just 20.8% of Mississippi adults have a bachelor’s degree, the smallest share of any state other than West Virginia.

Connecticut is currently struggling with several major problems that are stymieing overall economic growth in the state. The state is deep in debt, has a substantially underfunded pension system, and has suffered from population loss — especially of working adults — for a number of years. Connecticut’s GDP grew just 1% in 2016, below the 1.5% national growth rate. The biggest drag on GDP growth was the state’s government sector, which has implemented several rounds of layoffs and spending cuts in recent years.

Sluggish GDP growth has coincided with high labor underutilization in the state. Some 10.6% of Connecticut’s labor force is currently unemployed or underemployed, a slight improvement from the 10.7% share one year ago. 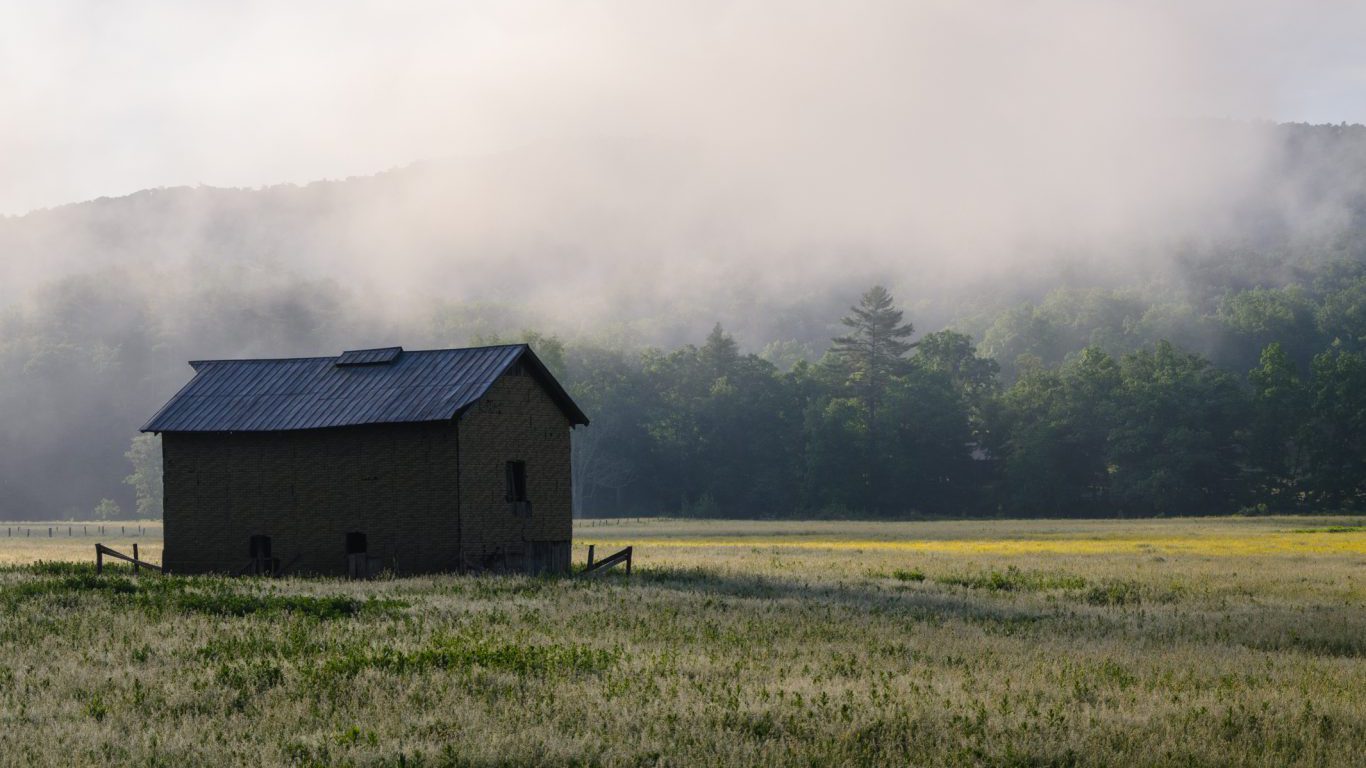 West Virginia is one of many major energy-producing states where economic growth and labor utilization has been curbed by the global drop in energy prices in recent years. West Virginia is the second largest coal producer in the nation, and the share of workers employed in mining and logging is more than five times the comparable national figure. In 2016, West Virginia’s GDP shrank by 1.2%, one of the largest economic contractions of any state. The mining and logging sector was the biggest drag on economic growth.

Employment in the state has also declined as working-age adults have migrated outside of the state for other job opportunities. Between 2011 and 2016, the number of employed workers in West Virginia fell at an average pace of 0.5% a year, the largest decline of any state. While outbound migration may have helped reduce the state’s unemployment rate, labor underutilization remains high. Some 10.6% of the labor force are underemployed, tied for the sixth largest share in the country.