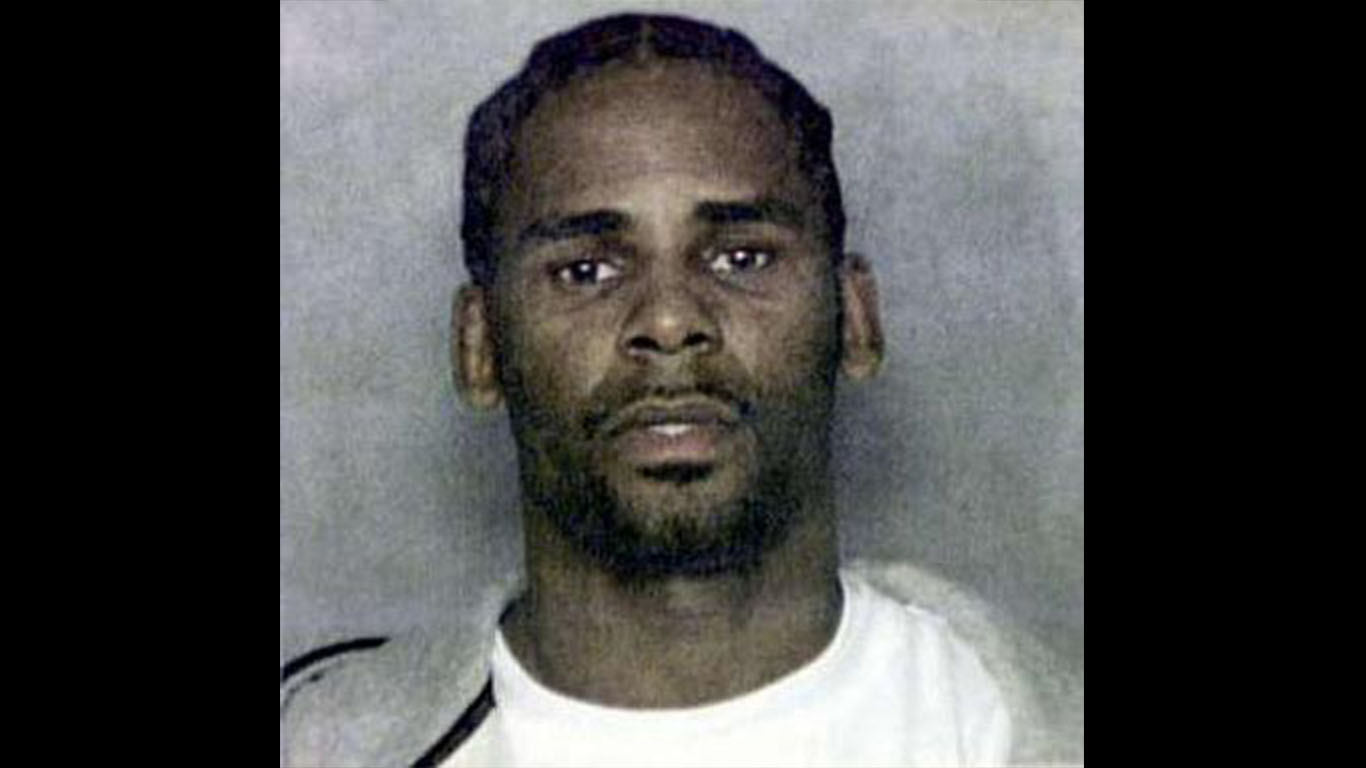 41. R. Kelly
> Occupation: Musical artist
Rapper R. Kelly has been recently accused by young women in his inner circle of “manipulative’’ and “controlling’’ behavior. He has also been accused of “brainwashing’’ two aspiring female singers and forcing them into sexual service in his homes in Chicago and Atlanta. A Buzzfeed story said Kelly keeps at least six women, all of legal age, at his two properties and dictates what they eat, how they dress, when they bathe, when they sleep and how they will participate in sexual encounters that he reportedly records. A representative for Kelly’s attorney denied that the women are kept against their will at Kelly’s properties, according to Jezebel. Kelly has run into trouble before. He was secretly married in 1994 to then-15-year old singer Aaliyah. He also settled lawsuits brought by women who alleged that he had sex with them when they were underage. Kelly, whose song “I Believe I Can Fly’’ was a hit in 1997, has fended off scandal before. Despite persistent rumors of sexually assaulting underage girls in 2015, he was offered to headline a summer festival by Pitchfork in 2015 and performed on “Saturday Night Live’’ and the American Music Awards that fall. 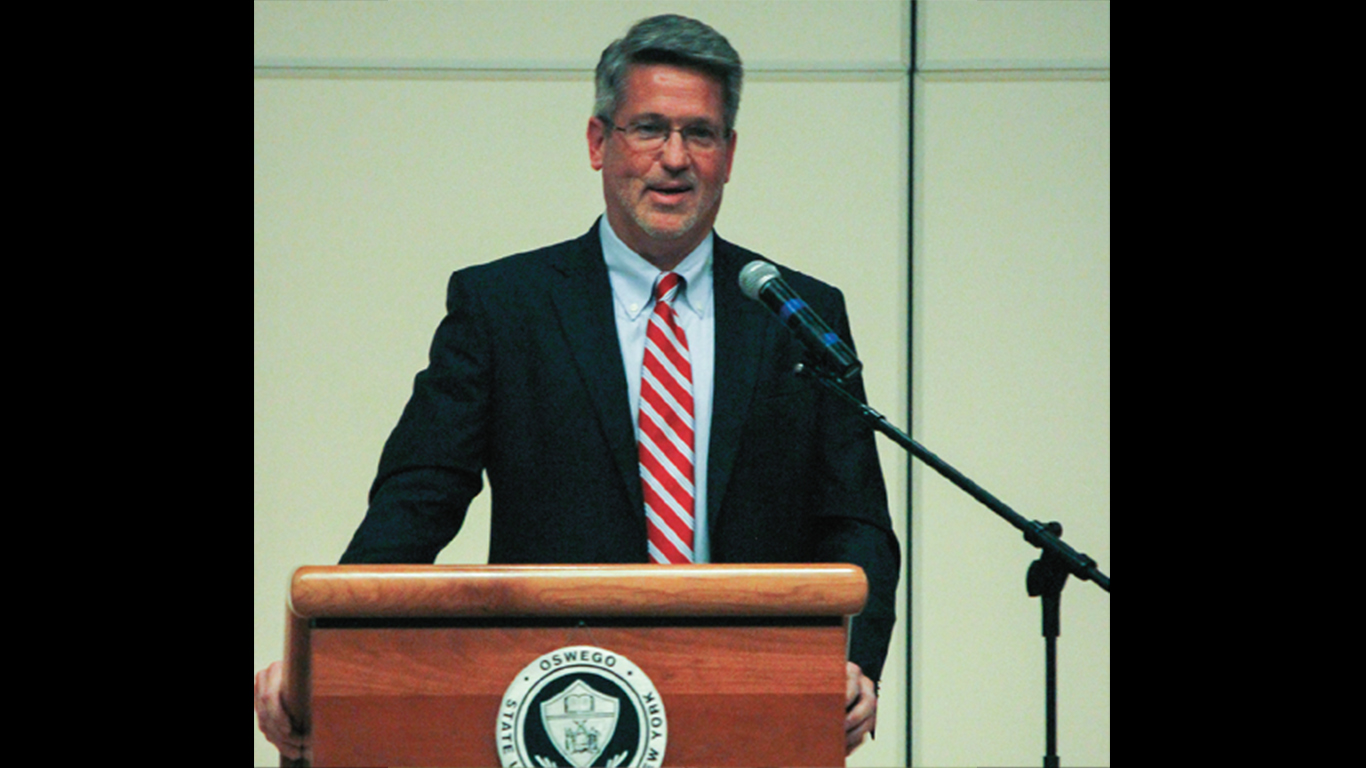 42. Bill Shine
> Occupation: Co-president of Fox News
Bill Shine is one of several high-profile executives and personalities whose downfall is tied to sexual harassment at Fox News. Formerly a co-president at the media giant, Shine had close ties to the now-deceased Roger Ailes and has been the target of several civil suits for allegedly covering up Ailes’ misconduct. After working for Fox News since its 1996 founding, Shine stepped down in May for his role in the scandal.

Shine may not be jobless for long, however. The Trump administration is reportedly considering the former media executive for a position on its communications team. 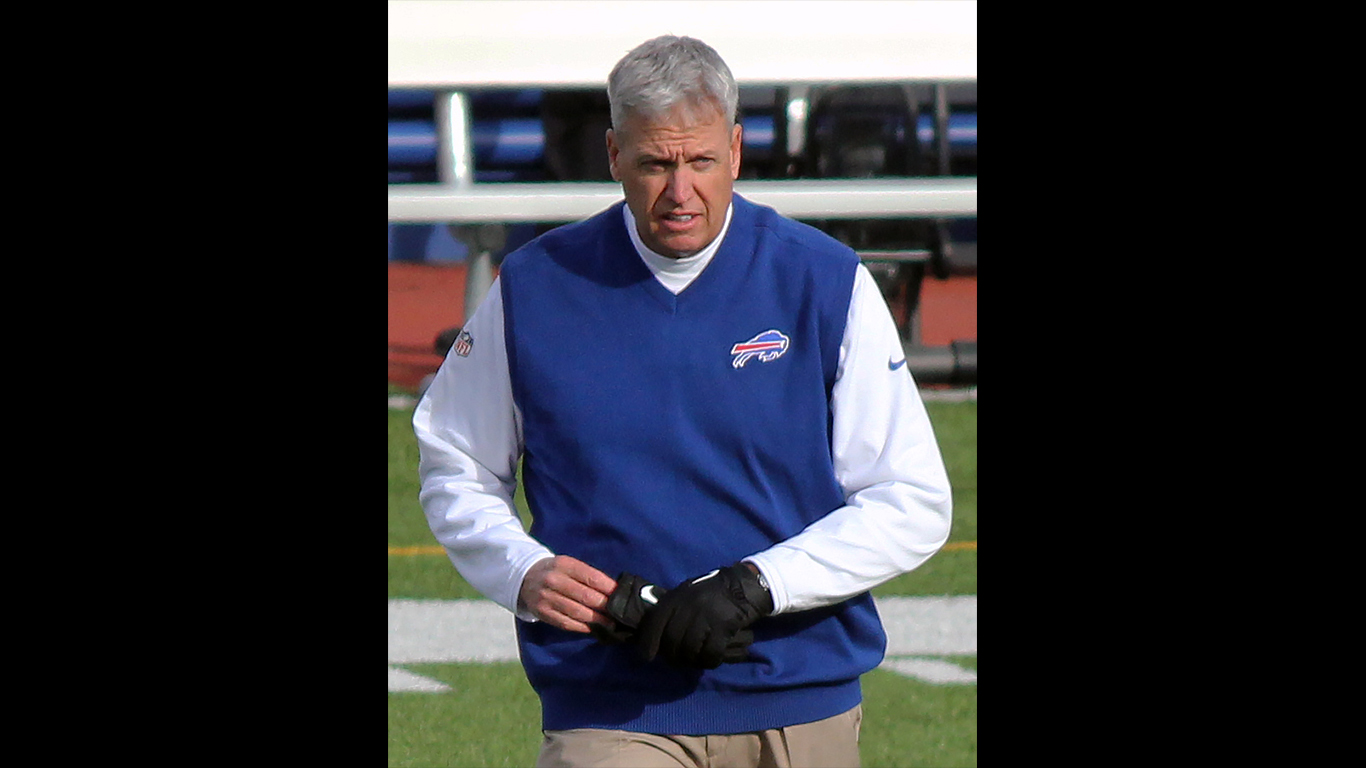 It looks as though 2017 will be the first year Rex Ryan will not coach in the NFL since 1993. Initially working as a defensive line coach for the Arizona Cardinals, Ryan took his first full head coaching job with the New York Jets in 2009. That was one of his only two winning seasons during his eight year coaching tenure. Following a four-year playoff drought with the Jets, Ryan was fired at the end of the 2014 season. Hired as head coach for the Buffalo Bills, Ryan was fired once again after the 2016 season, after failing to bring the team to the playoffs — again despite his promises of a Super Bowl win.

Earlier this summer, Ryan made headlines for his involvement in a fight in a Margaritaville in Nashville. He may be facing assault charges. 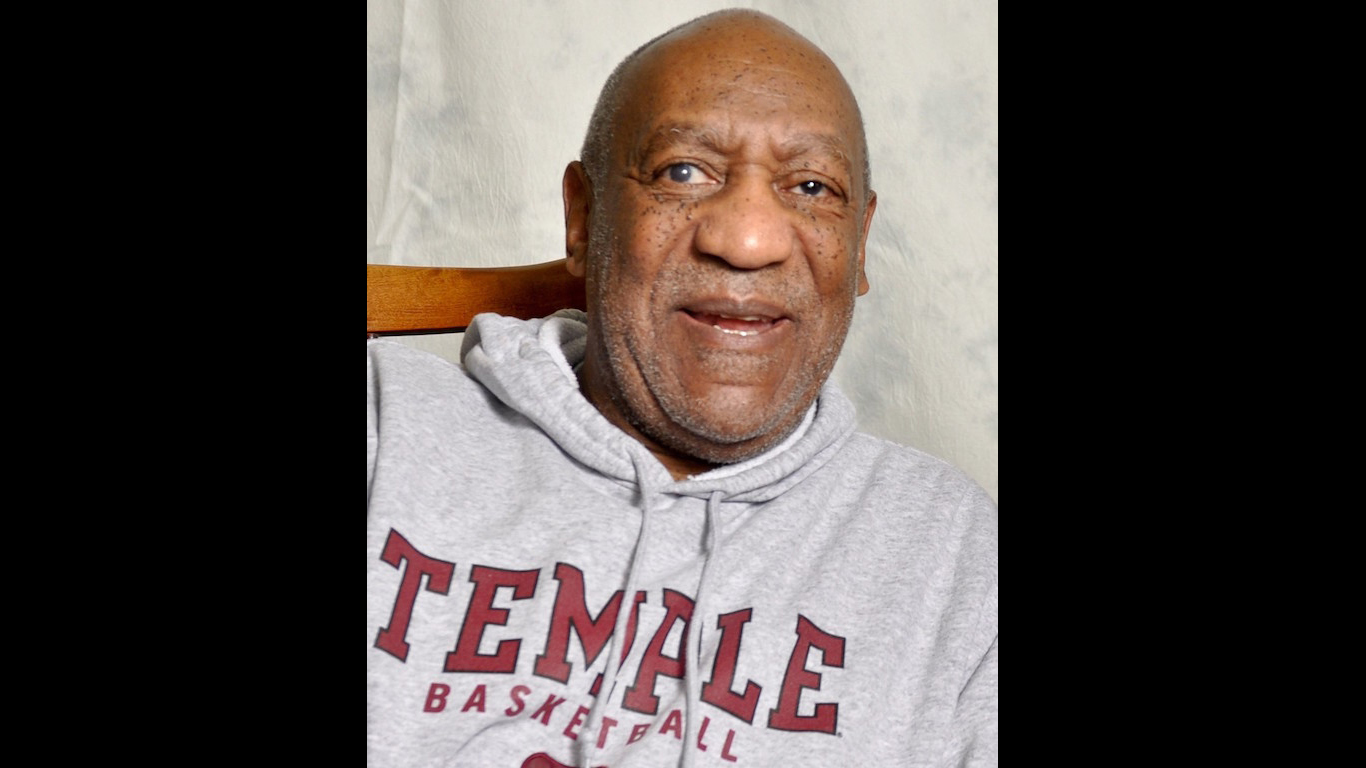 The once beloved comedian and sitcom star, Bill Cosby has been at the center of over 30 allegations of sexual assault. Cosby’s biggest fall came in 2014 when the allegations came to light — and while too much time has passed to prosecute most of them, he may still face jail time for the 2004 sexual assault of Andrea Constand. Cosby stands accused of drugging and sexually assaulting Constand and could face up to 30 years in prison. In June, a jury could not reach a unanimous decision and a mistrial was declared. Cosby is due back in court in November for a retrial. 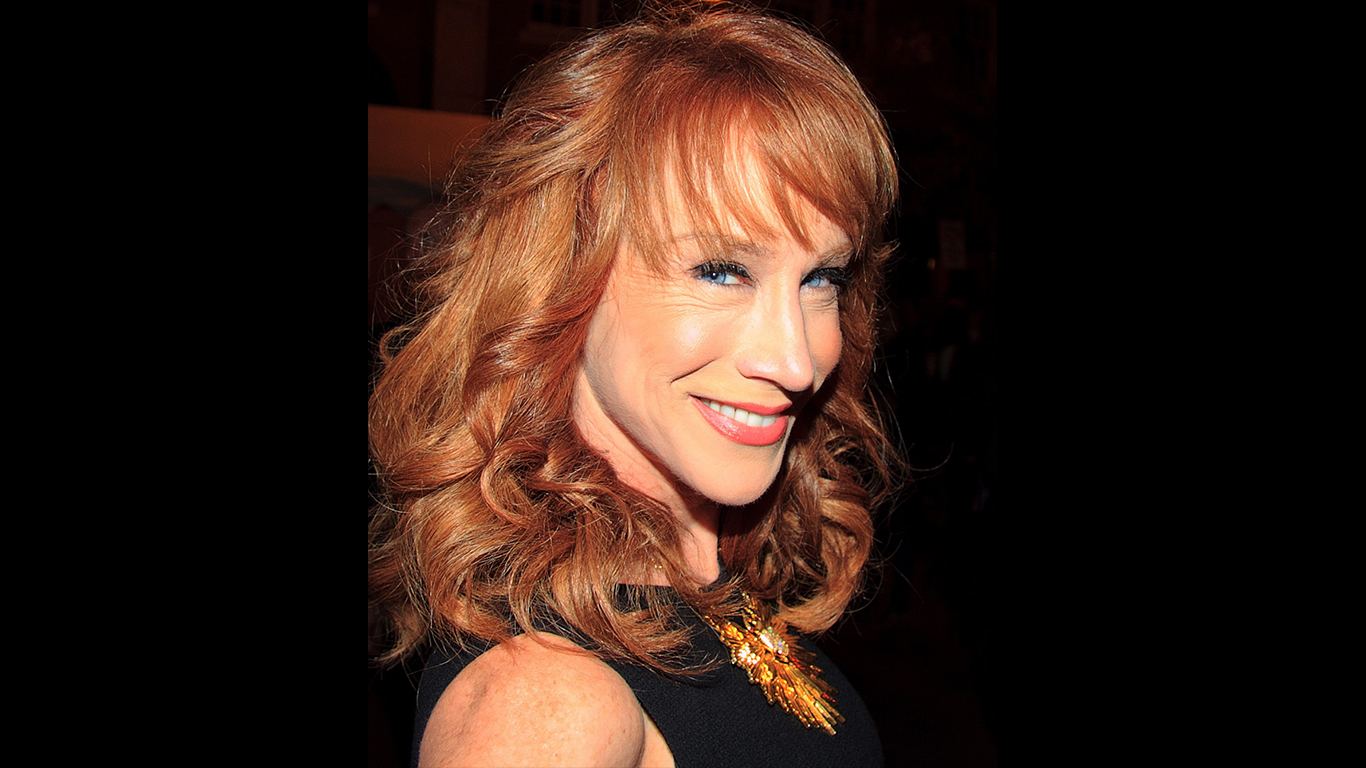 45. Kathy Griffin
> Occupation: Comedian
Kathy Griffin had established herself as one of the more recognizable comedians on television. She has been the co-host of CNN’s “New Year’s Eve Live’’ with Anderson Cooper since 2007. But her career suffered a severe setback when in May she posed in a photoshoot with a fake severed and bloody head of President Donald Trump. The outrage poured in from both sides of the political spectrum. Trump claimed his 11-year old son Barron thought the photo was real and the president said the image was “sick.” Cooper said he was “appalled by the photo shoot.” He added, “It is clearly disgusting and completely inappropriate.” CNN terminated Griffin the day after the image went viral.