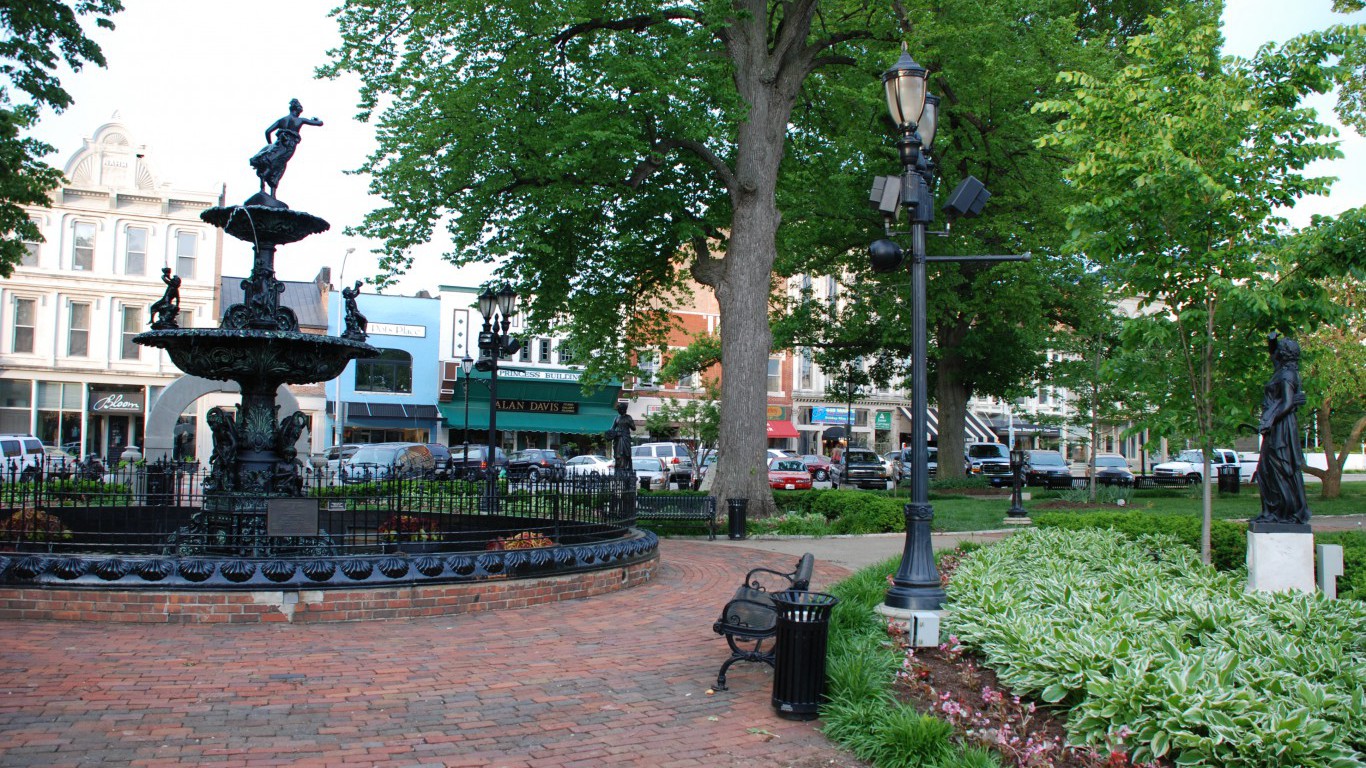 A college education is one of the most practical ways for an individual to increase their earning potential. In Kentucky, the bachelor’s degree attainment rate of 23.4% is nearly the lowest in the nation and far below the 31.3% national rate. Partially as a result, a relatively large share of state residents are poor. The typical household in the state earns only $46,659 a year, over $10,000 below the income the typical American household earns. Additionally, 18.5% of state residents live in poverty, a higher poverty rate than in all but three other states.

A highly educated workforce can a boon to a state’s economy. In Louisiana, only 23.4% of adults have earned a bachelor’s degree, nearly the smallest share of any state in the country. Also, the state’s annual unemployment rate of 6.1% is worse than in all but two other states.

College-educated adults are also more likely to be financially stable than those without a four-year education. Louisiana’s low college attainment rate may partially explain the 20.2% of state residents who live below the poverty line — the second highest poverty rate in the country after only Mississippi.

A disproportionately large share of workers in Arkansas are employed in sectors that generally do not require a college education. For example, 14.1% of the state’s labor force is in retail trade, the sector’s highest employment concentration of any state. Indeed, only 22.4% of adults in the state have a bachelor’s degree, the third smallest share of any state and well below the 31.3% share of American adults.

Populations with higher educational attainment typically report higher incomes. In Mississippi, the typical household earns only $41,754 a year, the lowest of any state in the country.

Roughly 1 in 5 adults in West Virginia have a bachelor’s degree, the smallest share of any state in the country and over 10 percentage points below the share of adults nationwide. A college degree is one of the most common ways for workers to increase their earning potential and avoid serious financial hardship. Across West Virginia, 17.9% of adults rely on government assistance in the form of food stamps, the highest recipiency rate of any state.

The state is also home to very few high income individuals. Only 2.5% of West Virginia households earn more than $200,000 a year, the smallest share of any state.