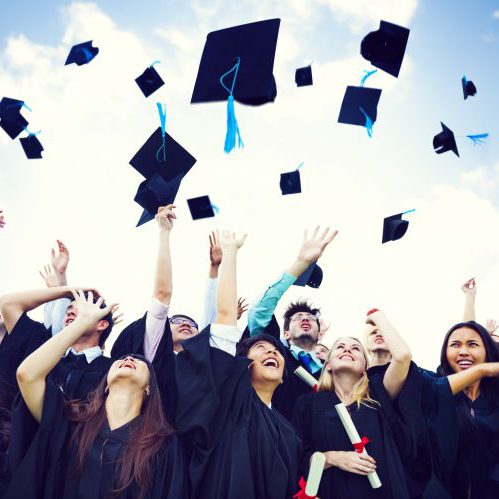 Source: Thinkstock
More Americans today hold academic degrees than ever before. The percentage of U.S. adults who completed a four-year college degree has steadily increased over the past 75 years — from 5.0% in 1940 to 30.6% in 2015, according to new data released Wednesday by the U.S. Census Bureau.

The college attainment rate increased in 19 states in 2015. Only Iowa reported a statistically significant decline. Most states reported no change in the education levels of their population.

The likelihood of having attained a bachelor’s degree varies considerably by demographic and social characteristics such as age and sex as well as — notably — by geography. The college attainment rate ranges from 41.5% in Massachusetts to 19.6% in West Virginia.

Click here to see the most (and least) educated states.

States with well-educated populations tend to share certain socioeconomic characteristics. Because holding a bachelor’s degree grants access to a wider range of higher-paying jobs, states with the highest college attainment tend also to report relatively high incomes. Nationally, the typical college-educated worker earns $50,930 a year, about $14,000 more than the median wage for all U.S. workers with any education.

In the 10 most educated states, the typical household earns an annual income well above the national median of $55,775 a year. The opposite is the case in the 10 states with the lowest college attainment rates.

To identify America’s most and least educated states, 24/7 Wall St. reviewed the percentages of adults who have completed at least a bachelor’s degree in each state from the U.S. Census Bureau’s 2015 American Community Survey (ACS). The percentage of adults who have completed at least high school or its equivalent also come from the 2015 ACS. Median household income, health insurance coverage rates, employment by industry, food stamp recipiency, poverty rates, and income inequality also come from the 2015 ACS. Income inequality is measured by the Gini coefficient, which is measured on a scale from 0 to 1, with 0 representing perfect equality and 1 representing total inequality. The Gini is also published by U.S. Census Bureau. We also reviewed annual average unemployment data from the Bureau of Labor Statistics (BLS) for 2014 and 2015.

These are the most (and least) educated states in the country.