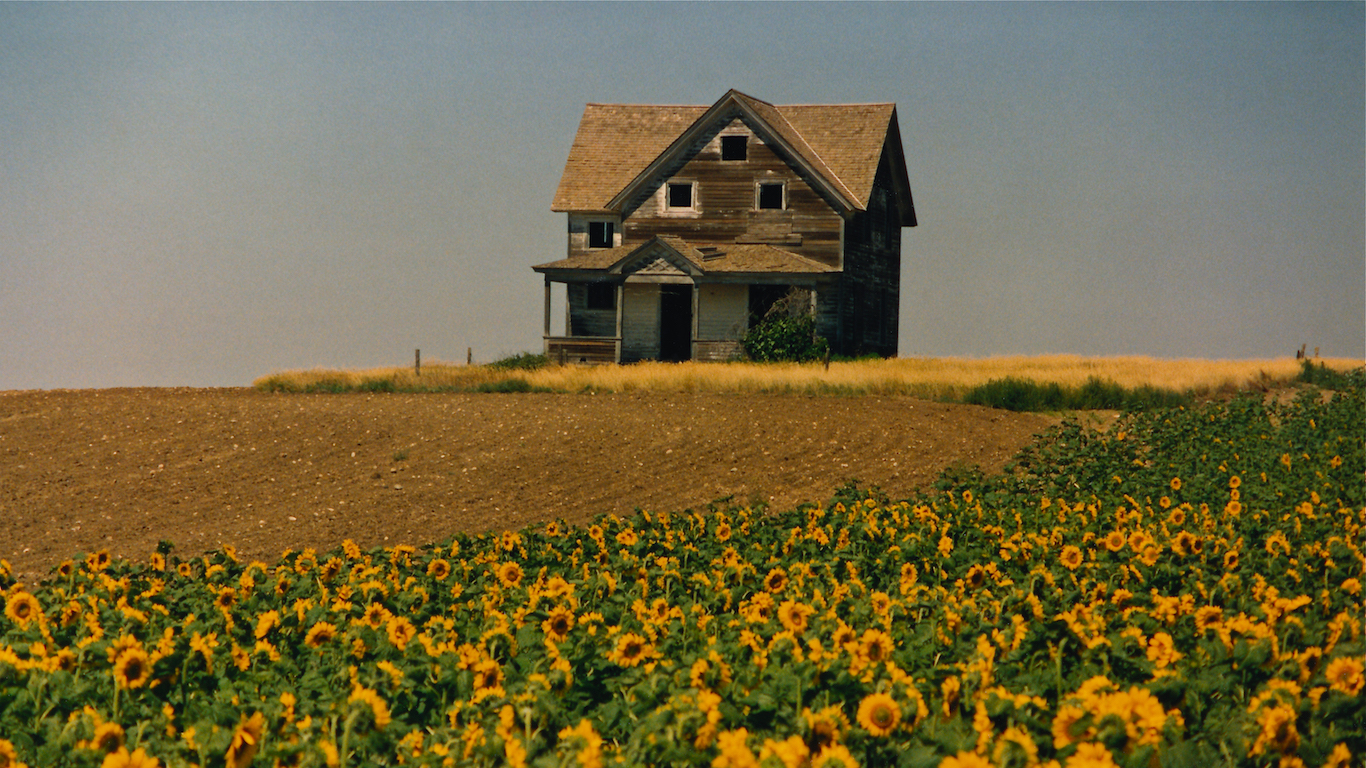 About 74% of Roosevelt County land lies within the Fort Peck Indian Reservation, home for multiple divisions of the Assiniboine and Sioux tribes. Like members of many Native American communities, residents of Fort Peck struggle with low incomes, high poverty, and poor health outcomes. The median household income in Roosevelt County is $34,481 a year, the third lowest of any county in the state. Additionally, 26.9% of Roosevelt County residents live in poverty, well above Montana’s 14.9% poverty rate. Higher incomes have been shown to provide the means for better health outcomes and longevity. The life expectancy at birth in Roosevelt County is just 71.2 years — equivalent to that of North Korea and nearly eight years less than the U.S. life expectancy of 79.1. 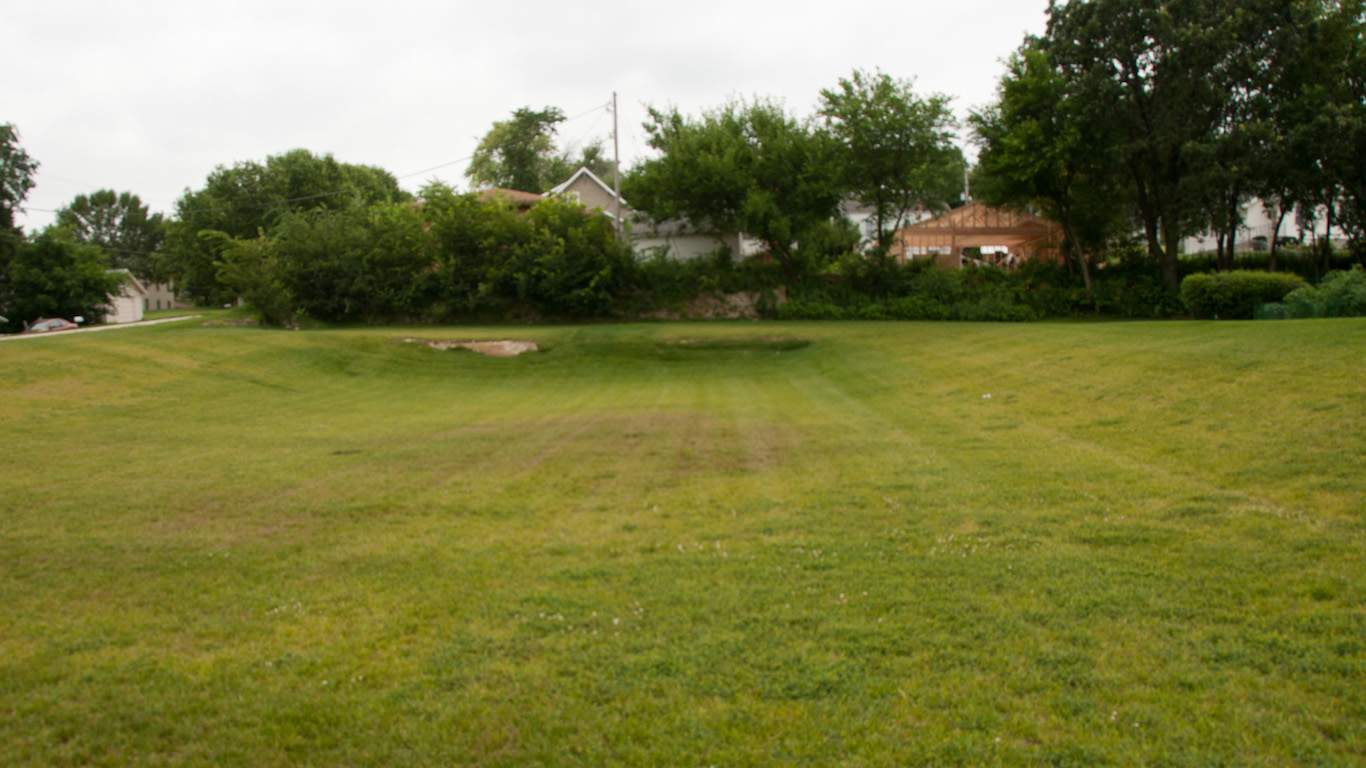 Dakota County is one of only two counties in Nebraska in which less than 3 in 4 adult resident have a high school diploma. A high school education is a prerequisite for college and in Dakota County only 13.0% of adults have a bachelor’s degree, the lowest share in the state.

Populations with lower educational attainment rates tend to report lower incomes. Despite its relatively small share of college-educated adults, Dakota County is not especially poor. The county’s median household income is $52,336, only about $2,000 less than the state’s median and $3,000 lower than the nation’s median. 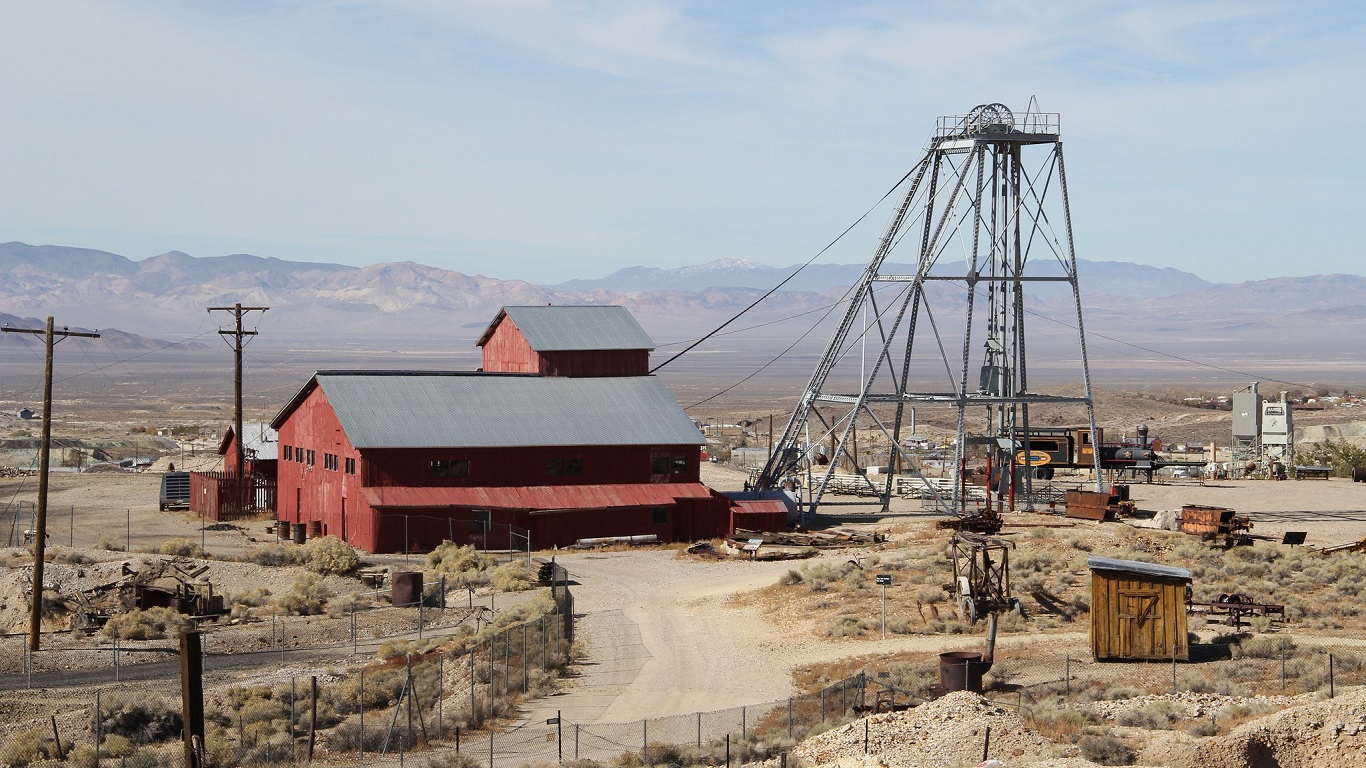 Like many counties on this list, Nye has experienced a dwindling of its population. Nye County’s population contracted 1.9% in the last five years, even as Nevada’s population grew 8.0%. Population declines are often driven by outward migration, and a lagging job market may partially explain an exodus. With 6.4% of the county’s labor force out of work, it has the highest unemployment rate for any county in Nevada.

Coos County is located in the northern tip of New Hampshire between Maine and Vermont. In recent years, residents have struggled from the decline of the region’s pulp and paper manufacturing industry. According to the New Hampshire Center for Public Policy Studies, employment in the paper industry has declined more than 80% within the state over the last five decades. Three paper mills in Coos County closed between 2006 and 2007, and just one — Gorham Paper & Tissue, employing approximately 120 workers — remains in operation. The loss of industry has likely contributed to population loss and unemployment. Coos County was the only county in New Hampshire to lose population from 2000 to 2010, and today 3.2% of its workforce is unemployed, the highest unemployment rate in the state. 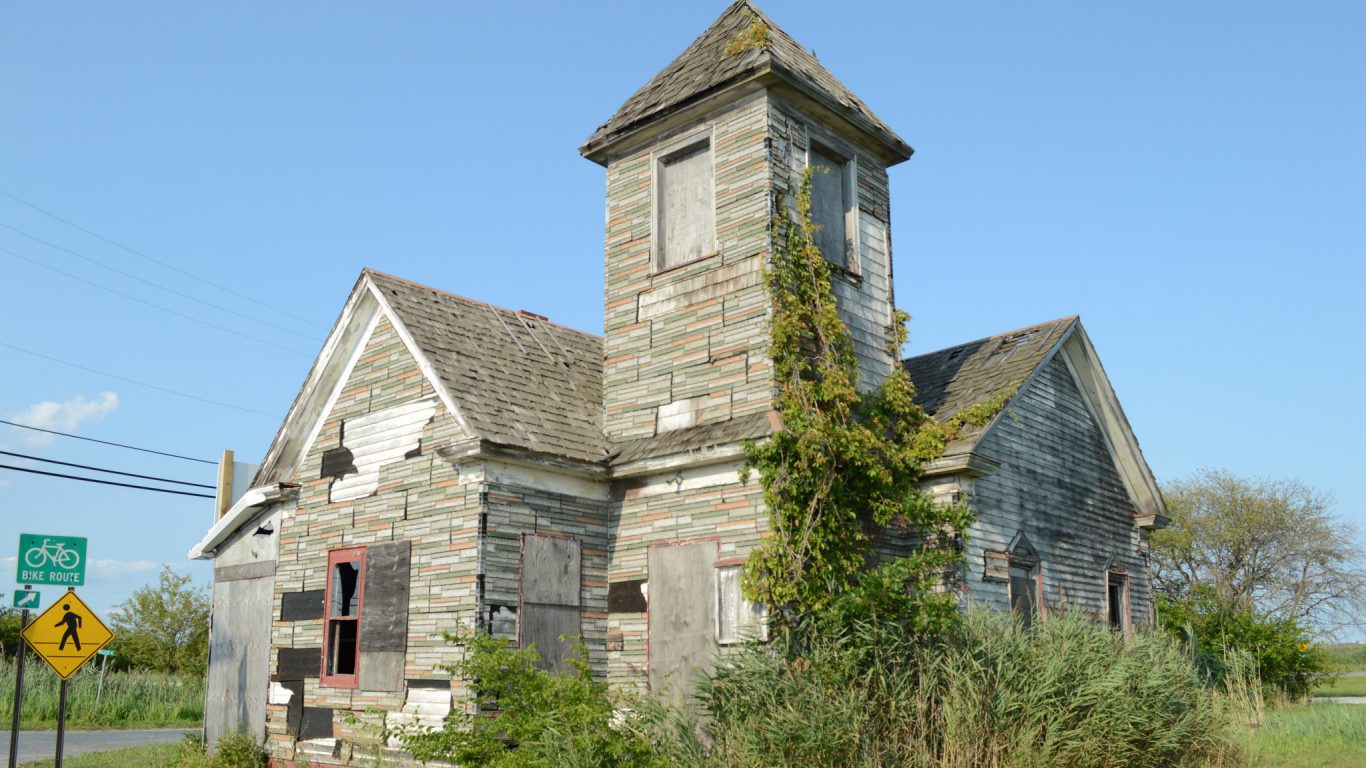 New Jersey is one of the wealthiest states and its residents are among the best educated in the country. New Jersey’s median household income of $73,702 is about $18,400 higher than the median income nationwide. Additionally, 37.5% of adults in the state have a bachelor’s or a higher degree, well above the comparable 30.3% share of adults nationwide.

Not all parts of the Garden State report similarly high income and education rates, however. In Cumberland County, the typical household takes in $49,537 a year. The represents the lowest median income of any New Jersey county. Populations with lower educational attainment often report lower incomes and only 14.3% of adults in Cumberland have a bachelor’s degree, the smallest share for any county in the state.