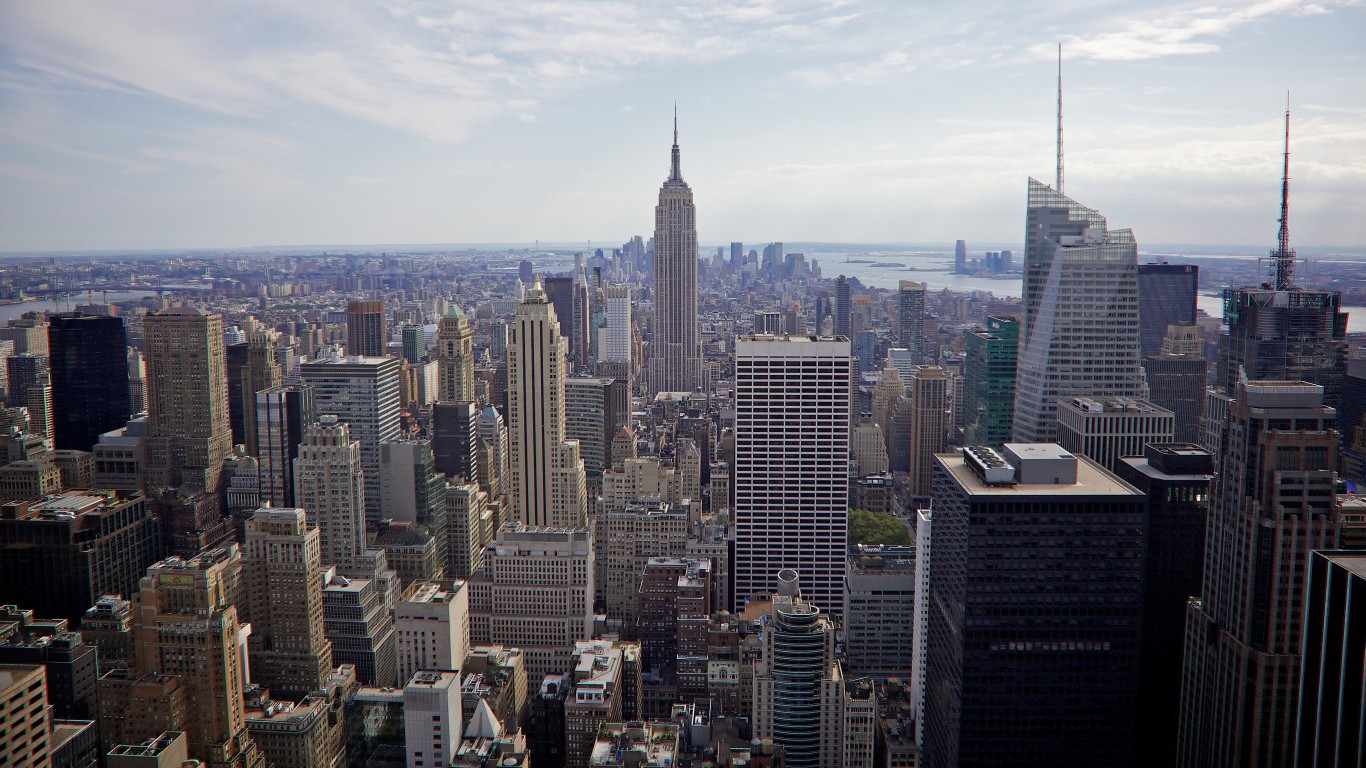 At 18.2%, New York’s excessive drinking rate is roughly in line with that of the national share of 18.0%. Despite the fact that a slightly larger share of adults drink heavily or binge drink, driving deaths attributable to alcohol are rare compared to most states. Only 23.0% of all roadway fatalities involve alcohol, the second lowest share among any state and well below the national rate of 30.0%. 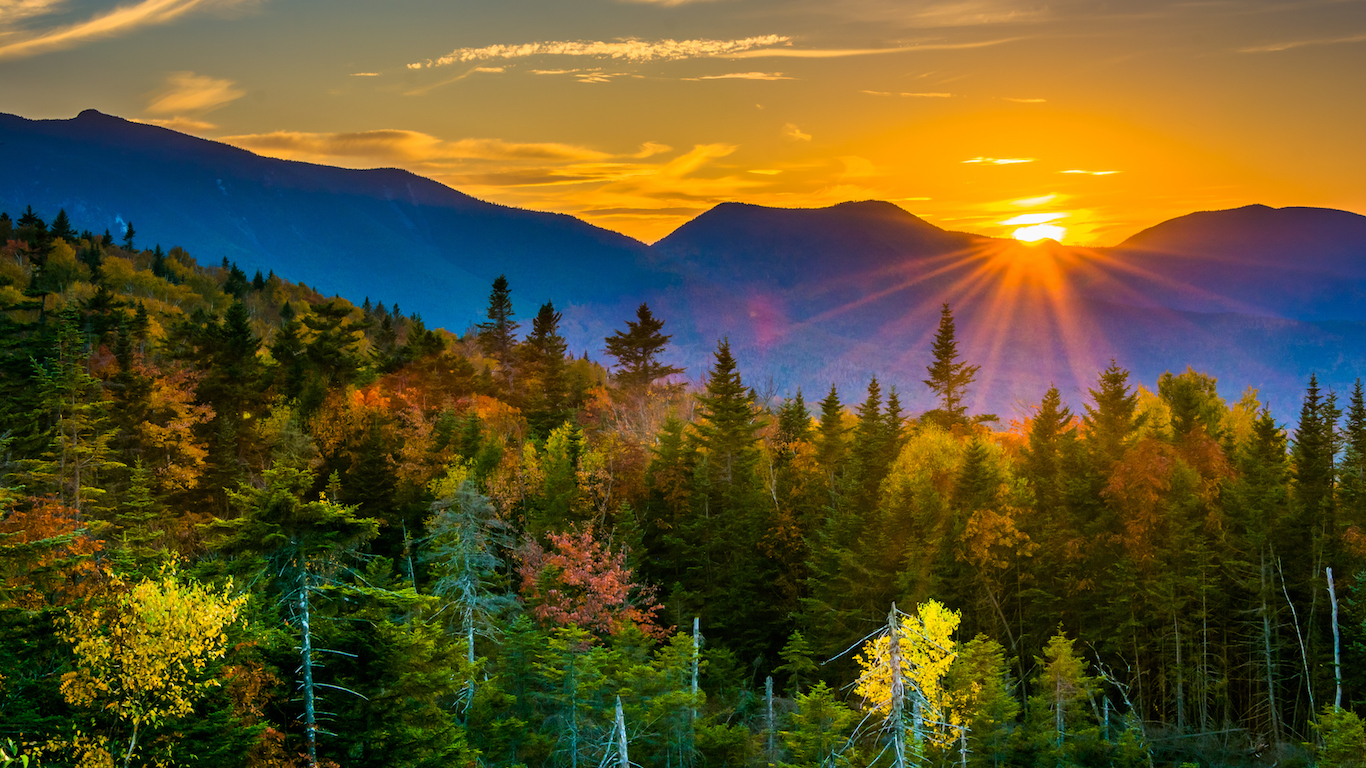 New Hampshire’s excessive drinking rate of 18.4% is slightly higher than the national figure of 18.0%. Despite a slightly above average excessive drinking rate, a strong majority of adults in New Hampshire report they are in good health. Only 11.5% report being in fair or poor health — the second lowest share of any state. The premature death rate is also quite low in New Hampshire, with 290 deaths before the age of 75, per every 100,000 residents, also one of the lowest shares among the states. With smoking being one of the leading causes of premature death, it is possible that the low smoking rate of just 15.9% — well below the national smoking rate of 18.0% — contributes to the lower premature death rate and better health outcomes overall. 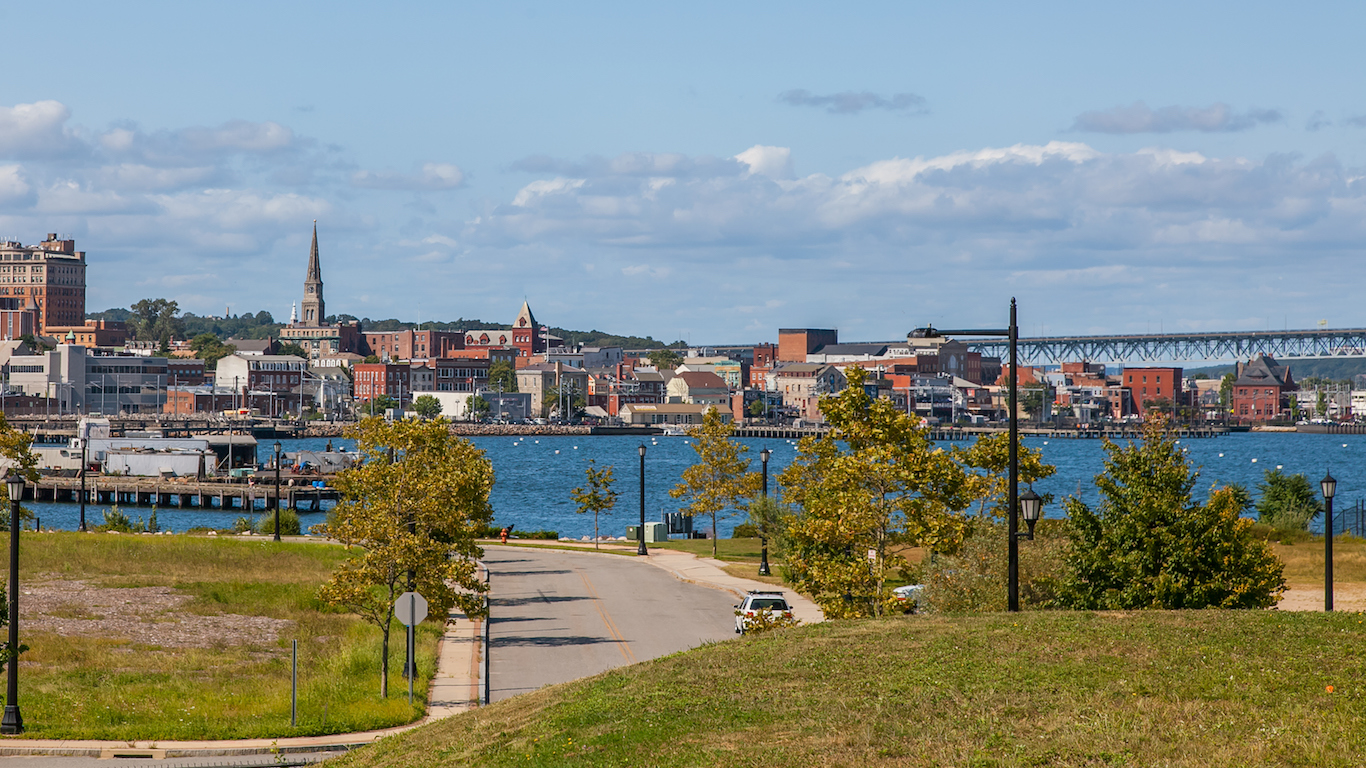 Alcohol is not cheap, and wealthy individuals are more likely than lower-income individuals to be able to afford drinking on a regular basis. Connecticut is one of the wealthier states with a median household income of $73,433 a year, which greatly exceeds the comparable national income of $57,617. Some 18.6% of adults in the state binge or heavily drink, more than the comparable national share of 18.0%.

Despite the fact that excessive drinking is a common habit in the state, adults in Connecticut tend to report healthy outcomes. Of all adults in the state, about 1 in 4 are obese, one of the lowest obesity rates among all states and well below the national rate of 28.0%. In addition, only 13.5% of adults reportedly smoke, the third lowest rate of any state. 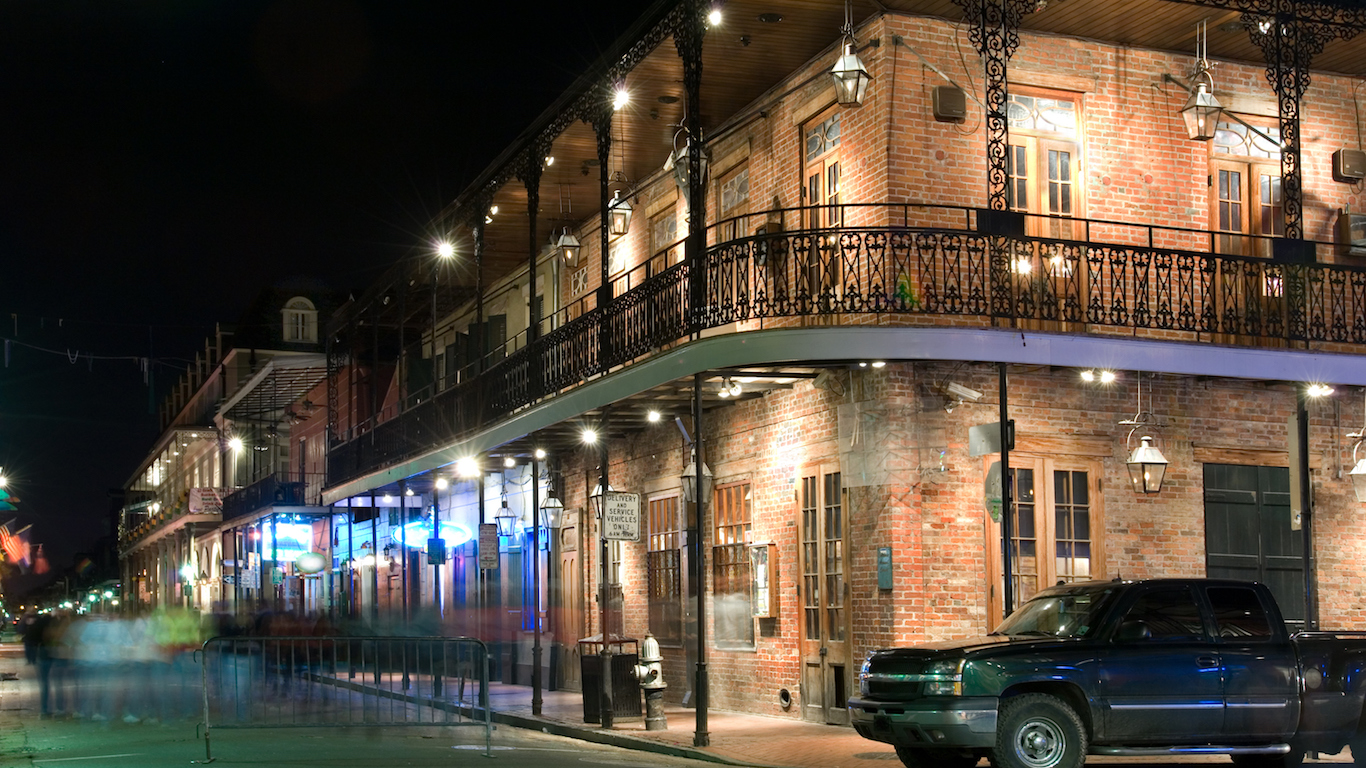 Some 18.8% of adults in Louisiana drink excessively, more than the 18.0% of adults who drink to excess nationwide. States with higher excessive drinking rates tend to be wealthier, at least in part because alcohol can be costly. In Louisiana, however, the median household income of $45,156 a year is well below the comparable national income of $57,617. The poverty rate in Louisiana is also incredibly high. At 20.2%, it is the second highest poverty rate among states and well above the the national rate of 14.0%.

Binge or heavy drinking can lead to a slew of health issues such as hypertension and cancer. Perhaps the high drinking rate in Louisiana contributes to the high premature death rate. For every 100,000 residents, 452 die before age 75, the sixth highest share among the states. 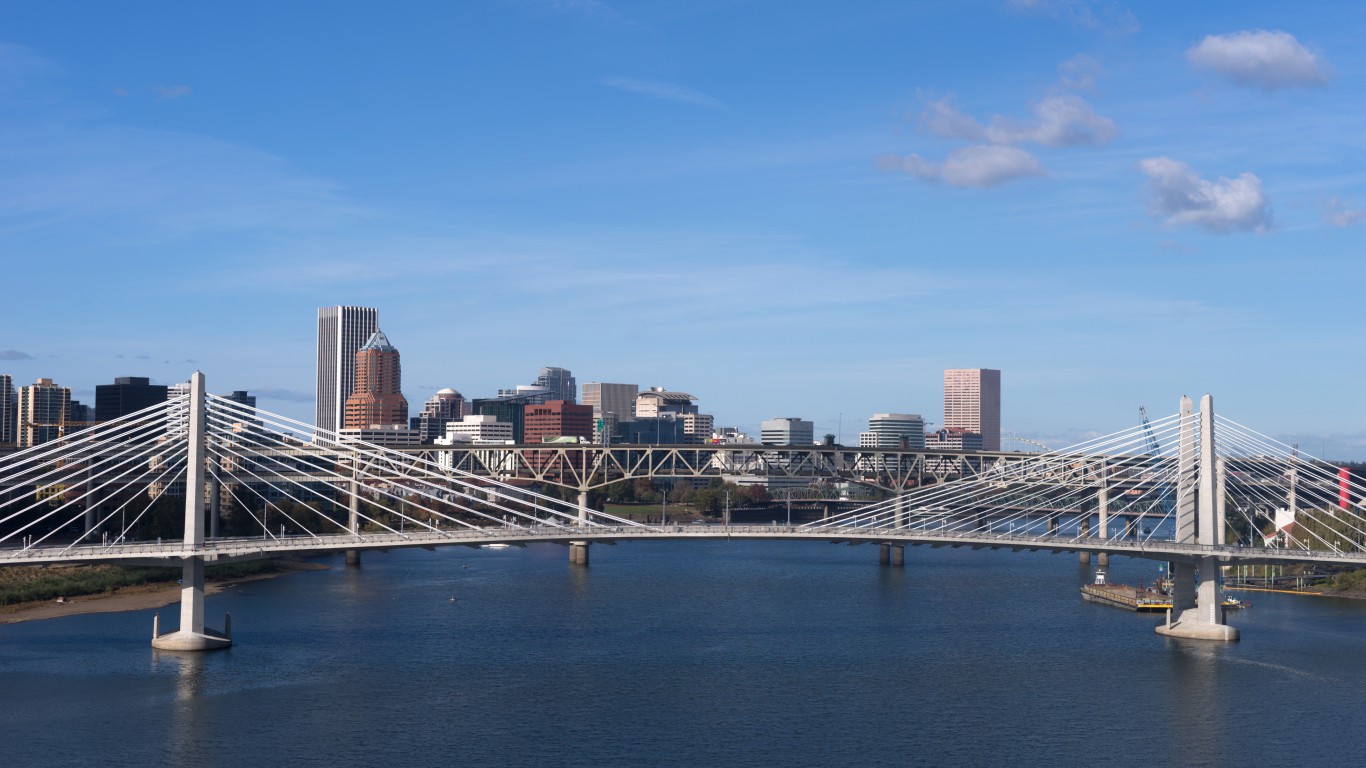 Some 18.8% of adults in Oregon binge or heavily drink, more than the national share of 18.0%. States with higher drinking rates tend to report better health outcomes, likely because they are also higher-income states. In Oregon, however, adults report relatively good health outcomes, despite both an average drinking rate and a median household income that is close to the national figure.