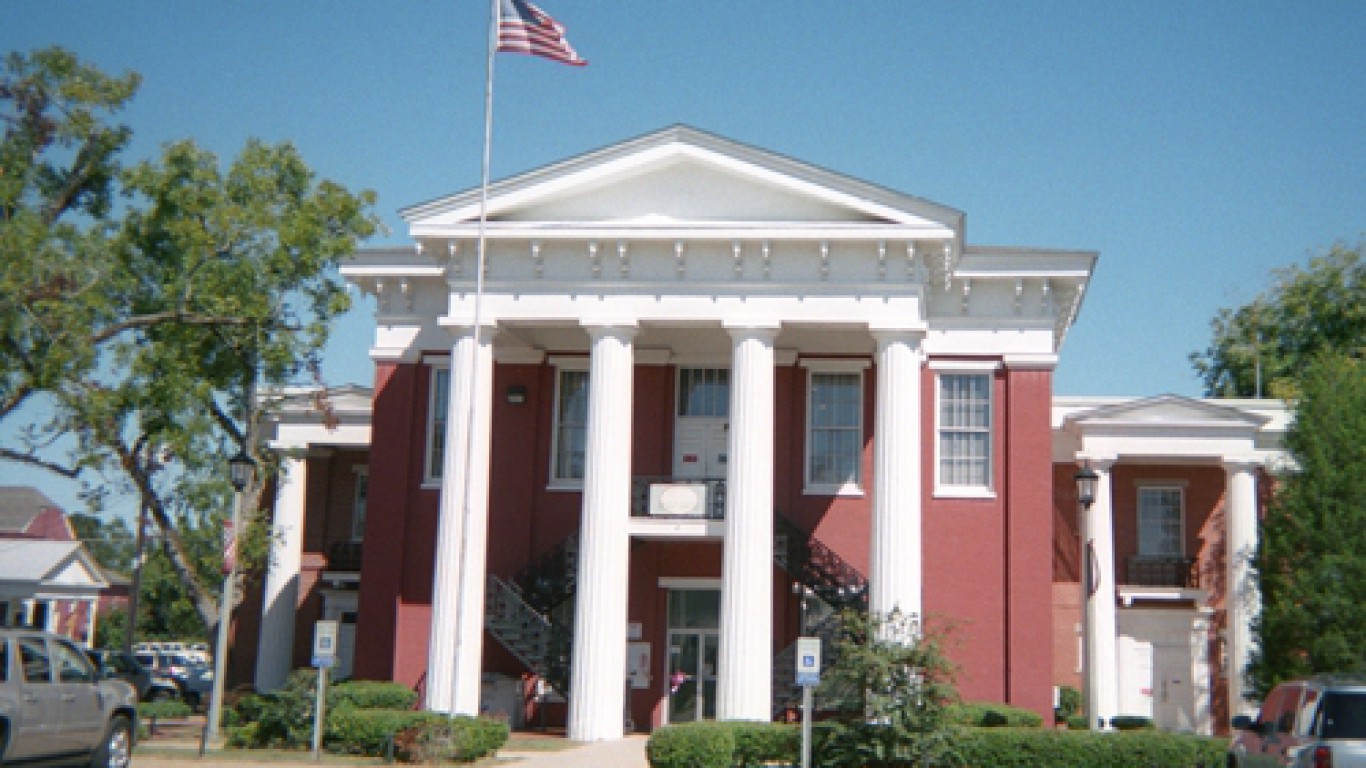 Located about 80 miles southwest of the state capital Montgomery, Wilcox County is the least healthy county of a relatively unhealthy state. Across Alabama, there are 469 deaths before age 75 — mostly due to preventable causes — per 100,000 people, the third highest annual premature death rate among states. In Wilcox County, the rate is much higher at 645 premature deaths per 100,000 people.

The high premature death rate is largely attributable to unhealthy behaviors. For example, obesity can lead to a number of serious, often deadly, diseases and conditions, including diabetes, heart disease and certain cancers. In Wilcox County, 42.6% of the adult population is obese, well above the state obesity rate of 34.7% and U.S. rate of 28.0%. 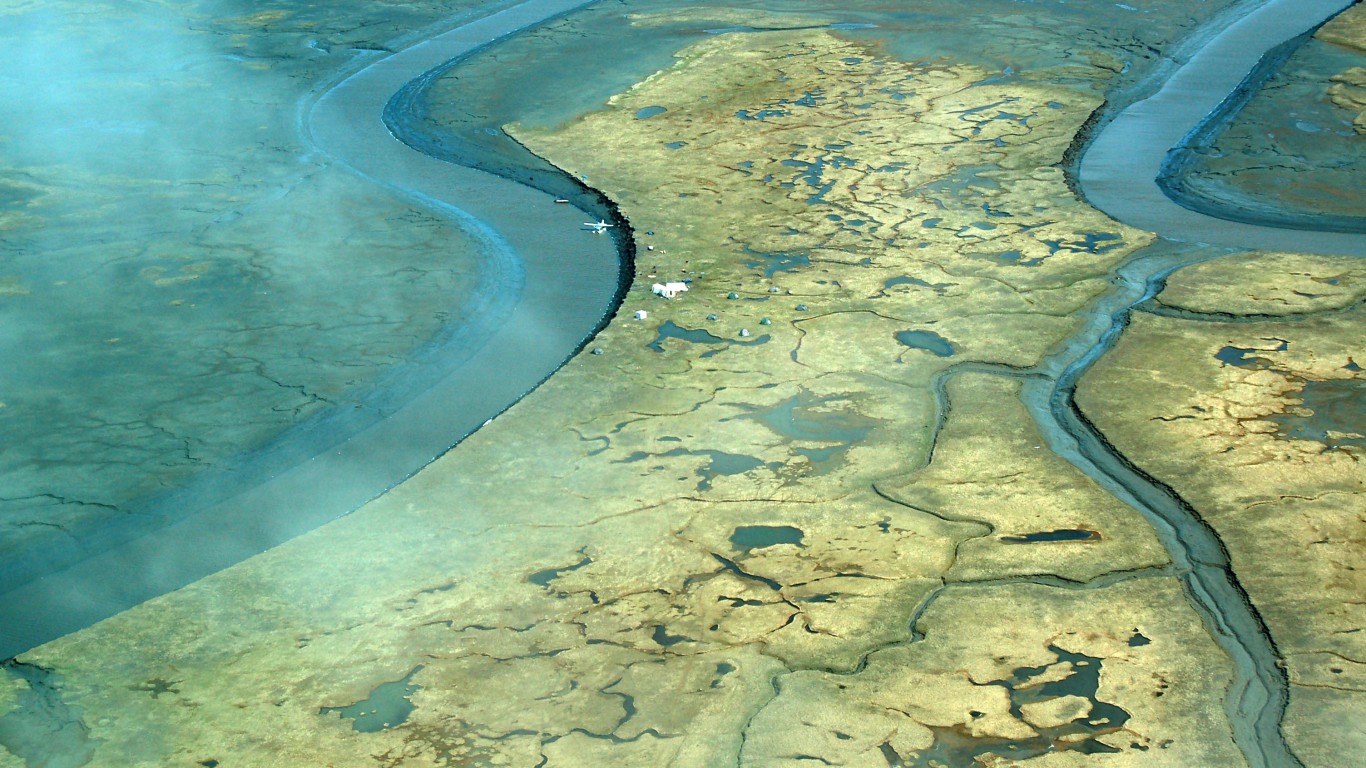 Low-income Americans have fewer healthy options related to diet and lifestyle than wealthier Americans. Partially as a result, poorer parts of the country are often less healthy. Alaska’s Kusilvak Census Area, with a 36.0% poverty rate — more than triple the poverty rate across Alaska as a whole — is no exception. An estimated 38% of adults in the census area are in fair or poor health, by far the largest share of any part of the state. To compare, statewide just 13.4% of adults are being in similarly poor health.

The area’s poor health outcomes may be partially attributable to the large share of residents without access to medical care. Americans with health insurance are more likely to make regular doctor visits and receive preventative treatment. In Kusilvak, 22.9% of the population lacks health insurance, more than double the 11.0% U.S. uninsured rate. 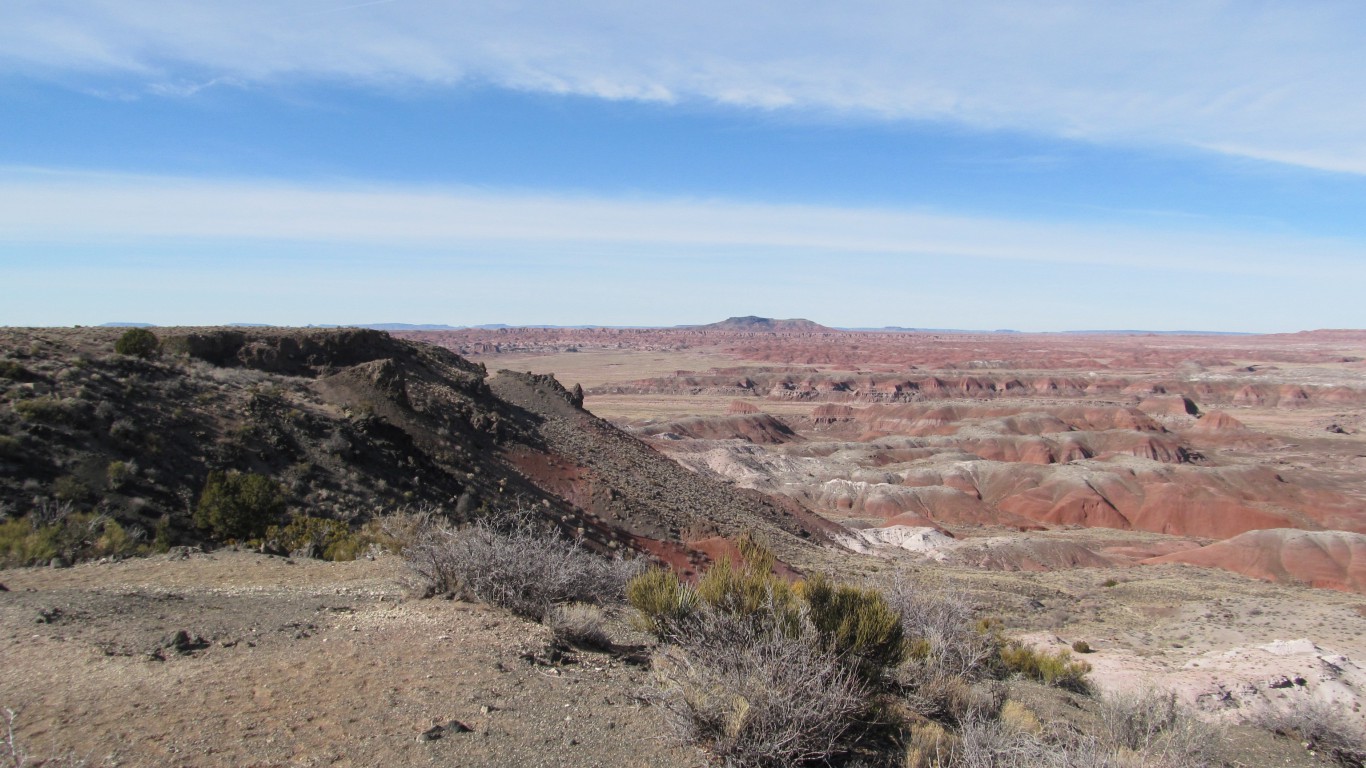 The area’s poor health outcomes are partly attributable to some bad habits. For example, 21.6% of adults in Apache County smoke compared to 14.7% of adults across the state. Additionally, Medicare enrollees in the county are far less likely to receive regular checkups, which is partially reflected in the county’s state-leading preventable hospitalization rate. 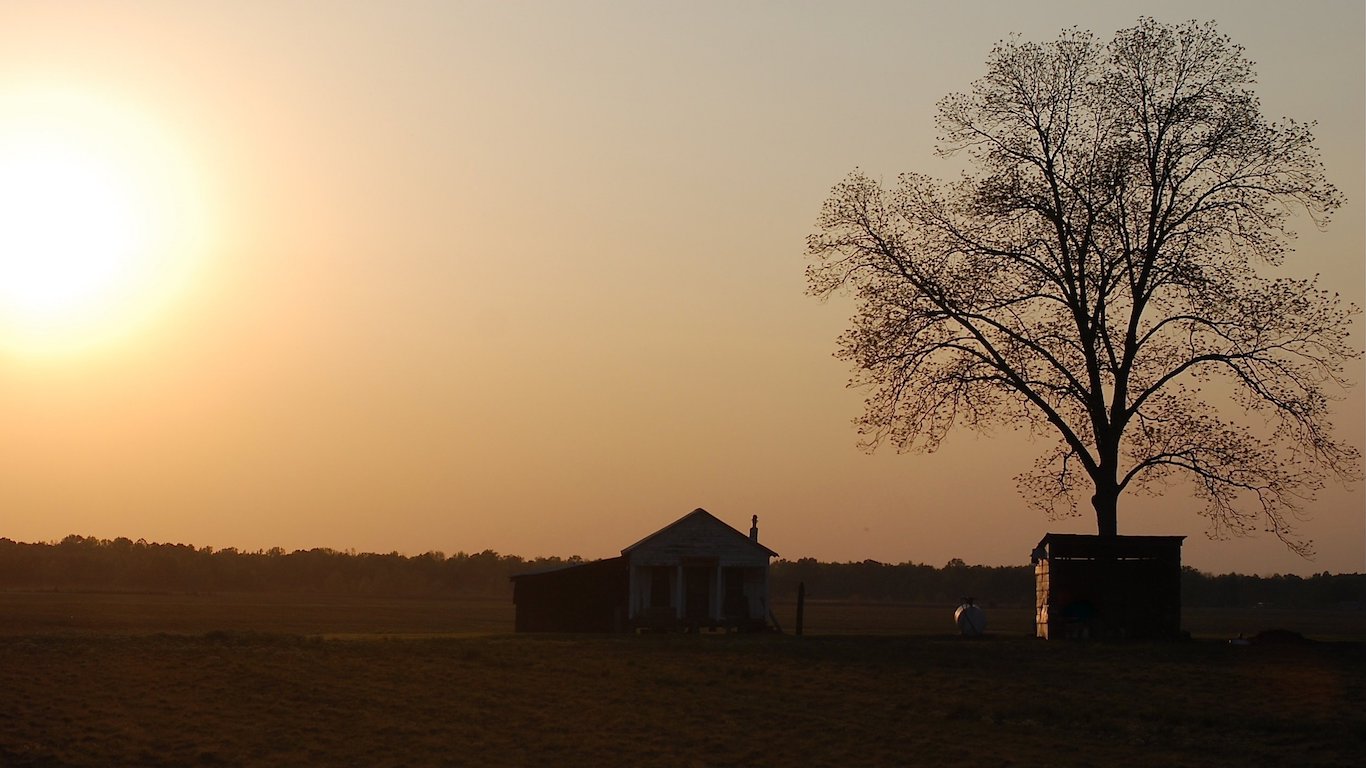 Nearly 44% of adults in Phillips County, Arkansas, are obese, one of the highest obesity rates of any U.S. county. For reference, 34.6% of adults in Arkansas and 28.0% of all American adults are obese. Sedentary lifestyles can increase the risk of obesity, and in Phillips County, 37.0% of adults get no exercise beyond getting up and going to work. This is well above the 32.3% of inactive adults in Arkansas, which itself is the second highest physical inactivity rate among states.

Obesity can lead to a number of serious, often deadly, diseases and conditions, including heart disease, diabetes, and certain types of cancer. And the prevalence of obesity across the county may partially explain the far higher than typical premature death rate. There are 691 deaths before age 75 for every 100,000 people in the county annually compared to 458 deaths per 100,000 across Arkansas. 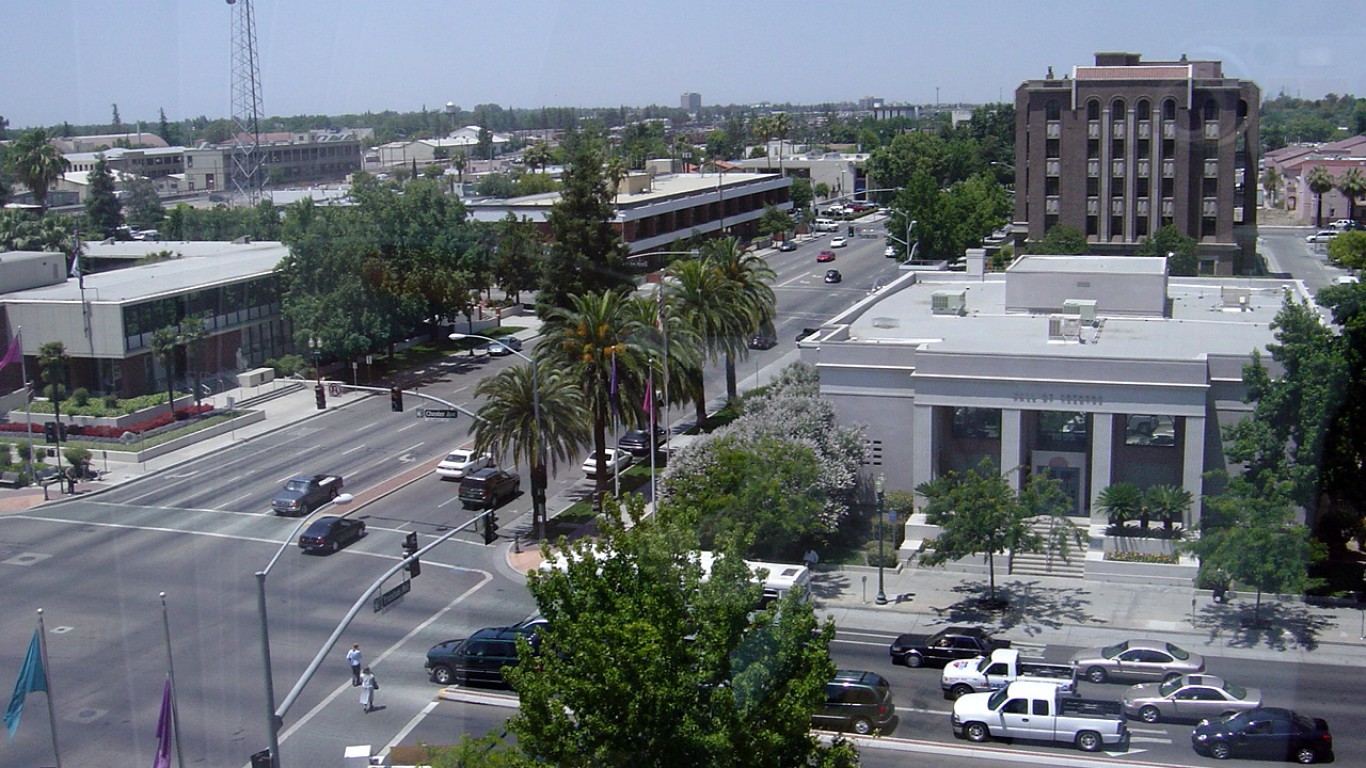 Seated by Bakersfield, a city about 100 miles north of Los Angeles, Kern County is the least healthy county in California. Some 24% of adults in the county are in fair or poor health, well above the 16.0% of American adults and 17.5% of Californian adults.

Though some outcomes are worse than typical in the county, unhealthy behaviors are not especially common in Kern relative to the U.S. as a whole. For example, 23.6% of county adults never exercise in their free time, a greater share than the 17.9% of inactive California adults, but roughly in line with the U.S. share. Similarly, 16.2% of adults in Kern are smokers, a larger share than the 11.0% of adults in the state but slightly below the 17.0% of American adults nationwide.