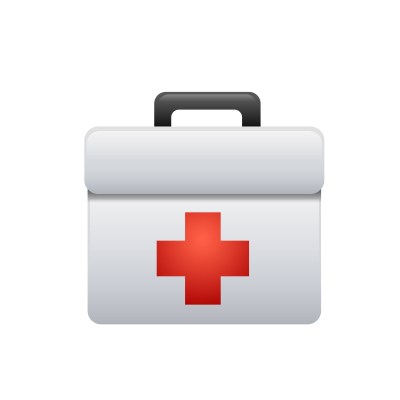 Source: thinkstock.com
The long debate over the Affordable Care Act (ACA) has, if nothing else, put the spotlight on the poor state of the country’s health and health care system. The United States ranks behind most developed nations in life expectancy despite spending more per capita on health care than any other country.

Across the country, health outcomes vary greatly. More than 30% of the adult population of Madera, California, reported being in less than optimal health, while only 6.4% said the same in Ames, Iowa, the healthiest city in the country by our measure. This vast disparity is one issue the ACA is, at least in part, intended to address. Cities such as Ames — that have populations with extremely high physical and mental well-being — can teach us much about what is necessary to create healthier populations — be it income, healthy behavior, or access to care. 24/7 Wall St. created an index to identify the least healthy city in each state.

Click here to see the least healthy city in every state

Click here to see the healthiest city in every state

Each city was ranked based on overall health outcomes, including length and quality of life. Also considered in the index are a range of factors that influence these outcomes, including healthy behaviors, clinical care, social and economic indicators, and physical environment.

While the least healthy city in most states tends to be unhealthy compared to the country as a whole, this is not always the case. And while urban dwelling has many positive impacts on the health of a population — including access to healthy food, places to exercise, and job opportunities — even large metro areas earned the distinction of a state’s least healthy city.

In states such as Minnesota and Hawaii, the least healthy metro area scored better than the national levels in most key health metrics. For the most part, however, these cities have poor health outcomes.

Not surprisingly, unhealthy behaviors tend to correlate strongly with less healthy populations. High rates of inactivity, for example, were especially common in these cities compared to the national levels of inactivity. Obesity, too, correlates very strongly with many of the leading causes of death in this country, and in many of the most unhealthy cities the obesity rates were higher than the national rate. Smoking also appears to be an important health indicator. Less than a third of the most unhealthy cities in each state had below national average smoking rates.

Many of the least healthy cities had low rates of health insurance coverage. There are several reasons for this, explained Bridget Catlin, co-director of the County Health Rankings and Roadmaps Program. While people without insurance can still access care, they “have to go to the places that will take them.” Those with insurance, on the other hand, find it easier to access care, and they have “choice of care [and] resources available to them.”

Another important factor in the least healthy metro areas is education. The vast majority of city with relatively unhealthy populations has below average rates of adults who have completed at least some college. Better-educated populations are more likely to make better health decisions, but education also comes into play in other ways.

“Education definitely contributes to decision-making, but it also contributes to income and then opportunity,” Catlin said. Better-educated people often work in better-paying jobs, which allows them easier access to healthy food and exercise options — much more than people with lower incomes. “There are multiple pathways going on here, but education is at the crux of increasing people’s opportunity for leading a healthier life.”

24/7 Wall St. created an index modelled after analysis conducted by County Health Rankings & Roadmaps, a Robert Wood Johnson Foundation and University of Wisconsin Population Health Institute joint program. To identify the healthiest city in each state, 24/7 Wall St. reviewed all U.S. metropolitan statistical areas. The index rankings are based on overall health outcomes, a weighted composite of length of life, quality of life, and overall health factors. The health factors component is itself a weighted composite of healthy behaviors, clinical care, social and economic factors, and physical environment measures.

These are the least healthy cities in every state.