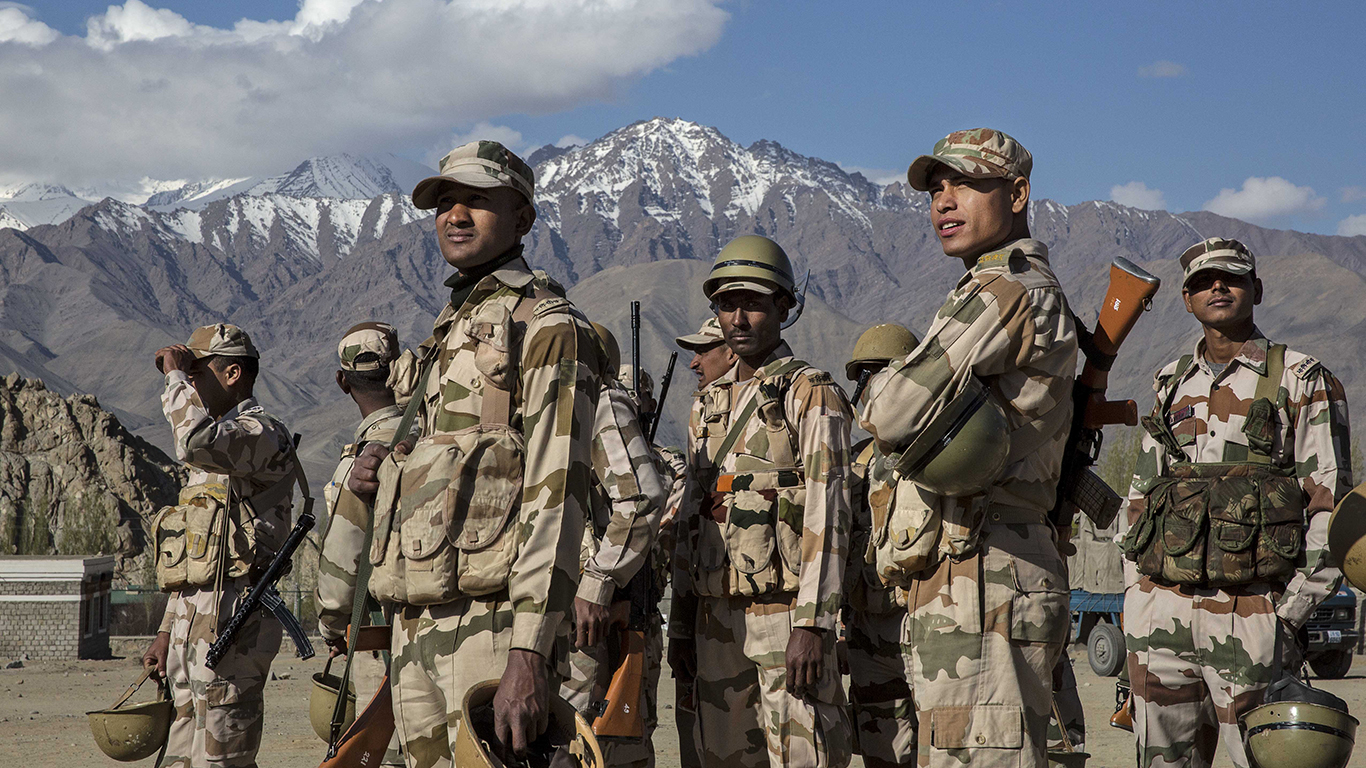 Though India spends just $48 per person on its military, far less than any other country on this list, the nation of over 1.3 billion people is still among the top military spenders in the world. India has continued to build up its military amid a long-running dispute with neighbor Pakistan. Both countries may be ramping up their nuclear weapons, which could partially explain India’s above-average military expenditure as a percentage of its GDP. 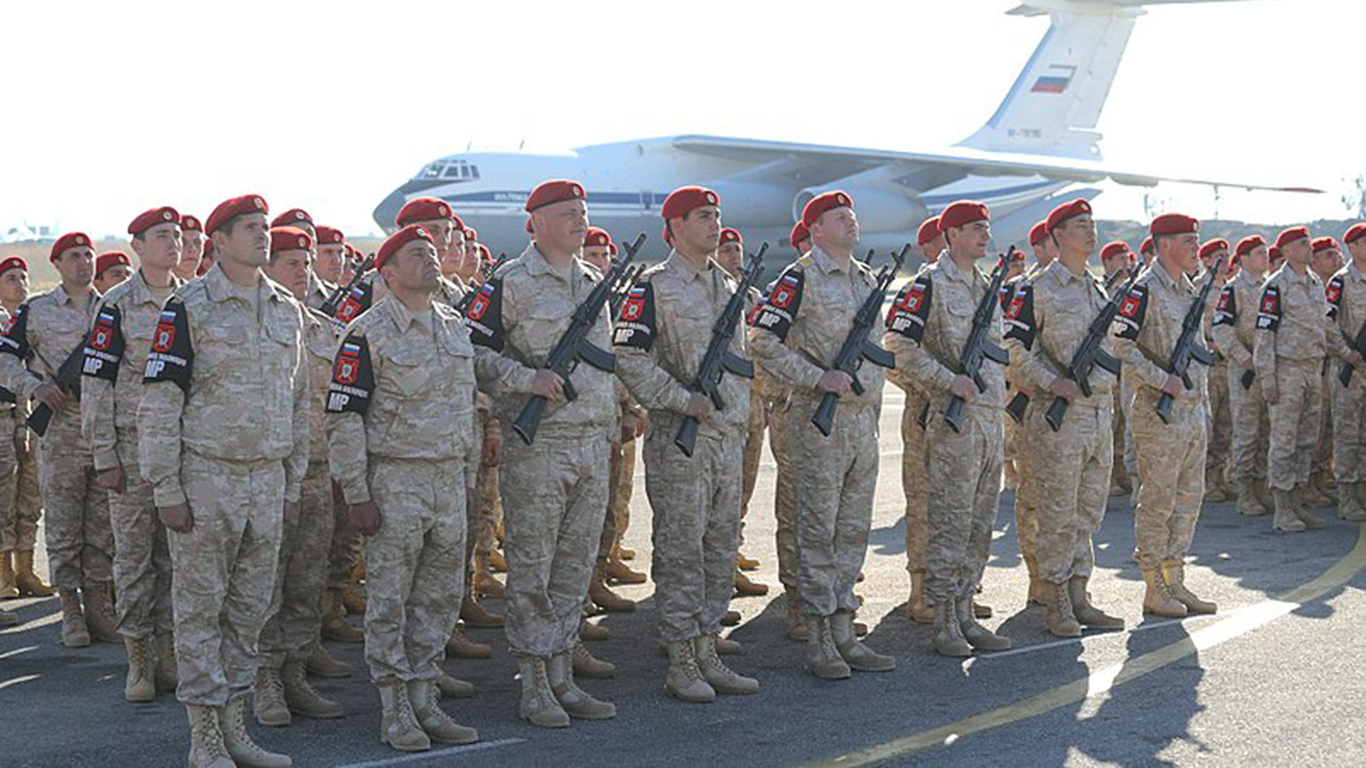 Russian President Vladimir Putin announced in 2011 a $360 billion plan to revamp Russia’s military. In the past 10 years, Russia’s military spending increased by 36%. Despite its aim to update its military might, Russian spending dropped sharply from 2016 to 2017, largely because of economic difficulties in the country. Russia was involved, either directly or indirectly, in several armed conflicts over the last few years, including fighting in the Crimean Peninsula. Today, Russia also backs Syrian President Bashar al-Assad in the ongoing Syrian Civil War. 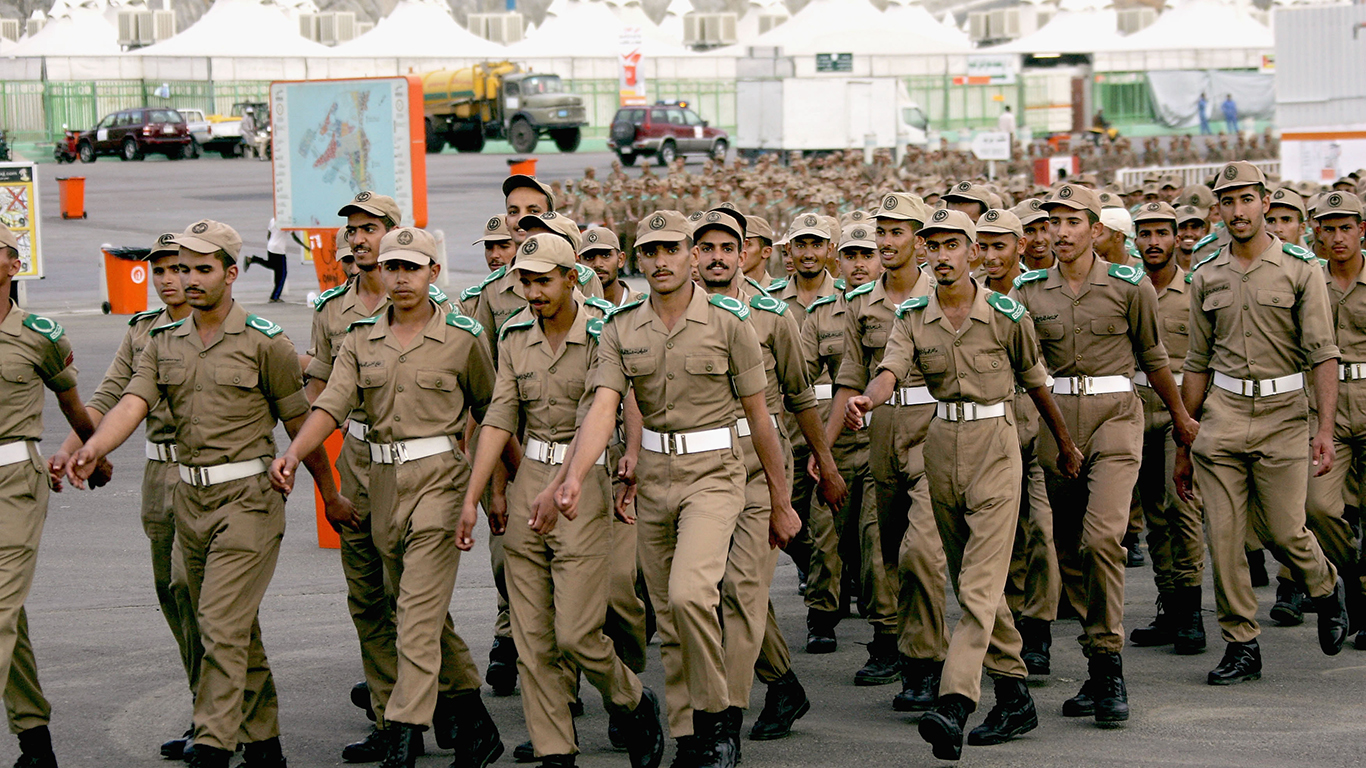 Saudi Arabia has both the means and the need to increase its military power. The oil-rich nation is one of the world’s wealthiest. It also is located near several armed conflicts, including in Syria and Yemen, the latter of which it is a participant in. The nation also faces terrorist threats from groups like ISIS. The Saudi government spent $69.4 billion on its military in 2017, and it appears the nation will continue to strengthen its armed forces.

The country secured an arms deal worth over $1 billion with the United States in March 2018. The United States will supply its Middle Eastern ally with nearly 6,700 missiles as well as maintenance equipment for Abrams tanks and helicopters. Saudi Arabia spends 10% of its GDP on its military, by far the highest percentage of any country on this list and one of the highest in the world. 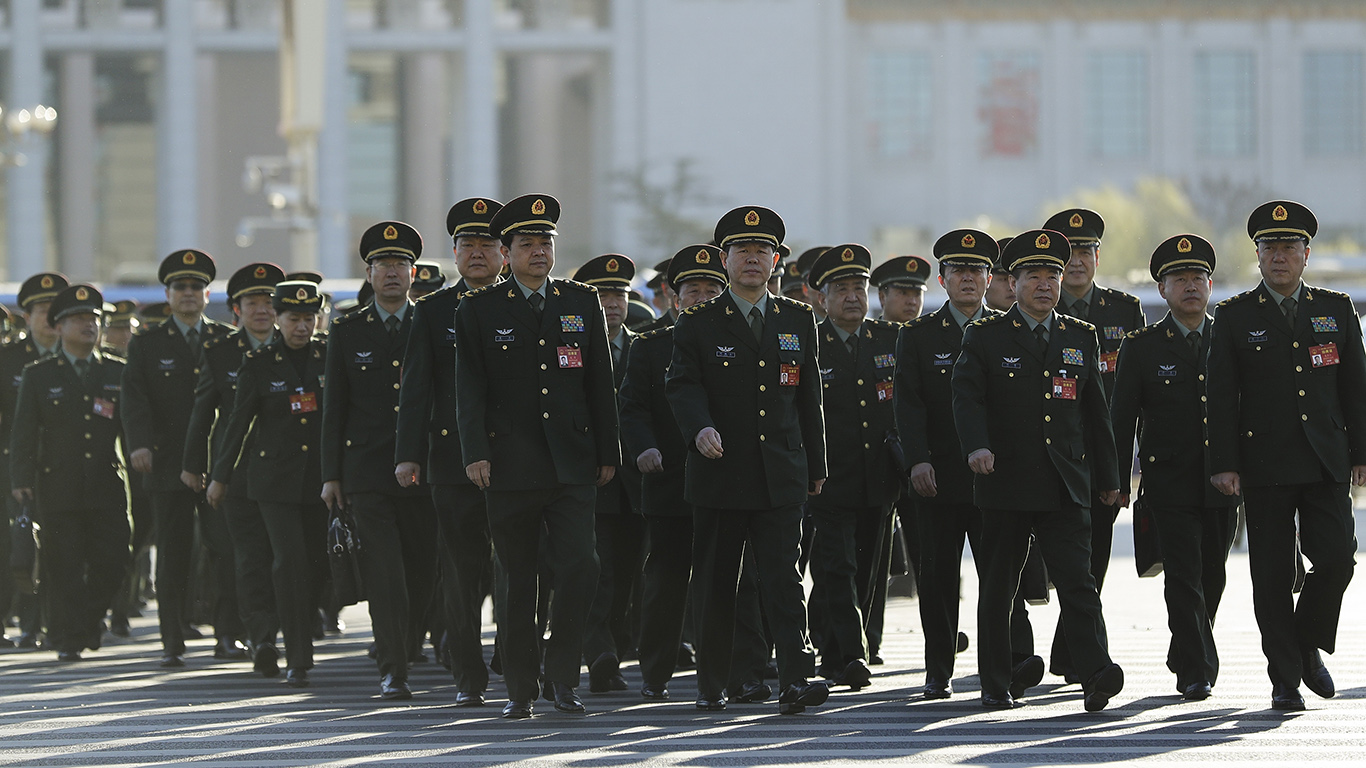 No major military power has ramped up its military like China in the past decade. Since 2008, China more than doubled its annual military expenditures, spending $228 billion in 2017. The world’s most populous nation has more troops in its armed forces than any other country on Earth with more than 2 million as it requires males ages 18-24 years old to serve in the military for at least two years. China is also bulking up its navy. It is currently building its third aircraft carrier. 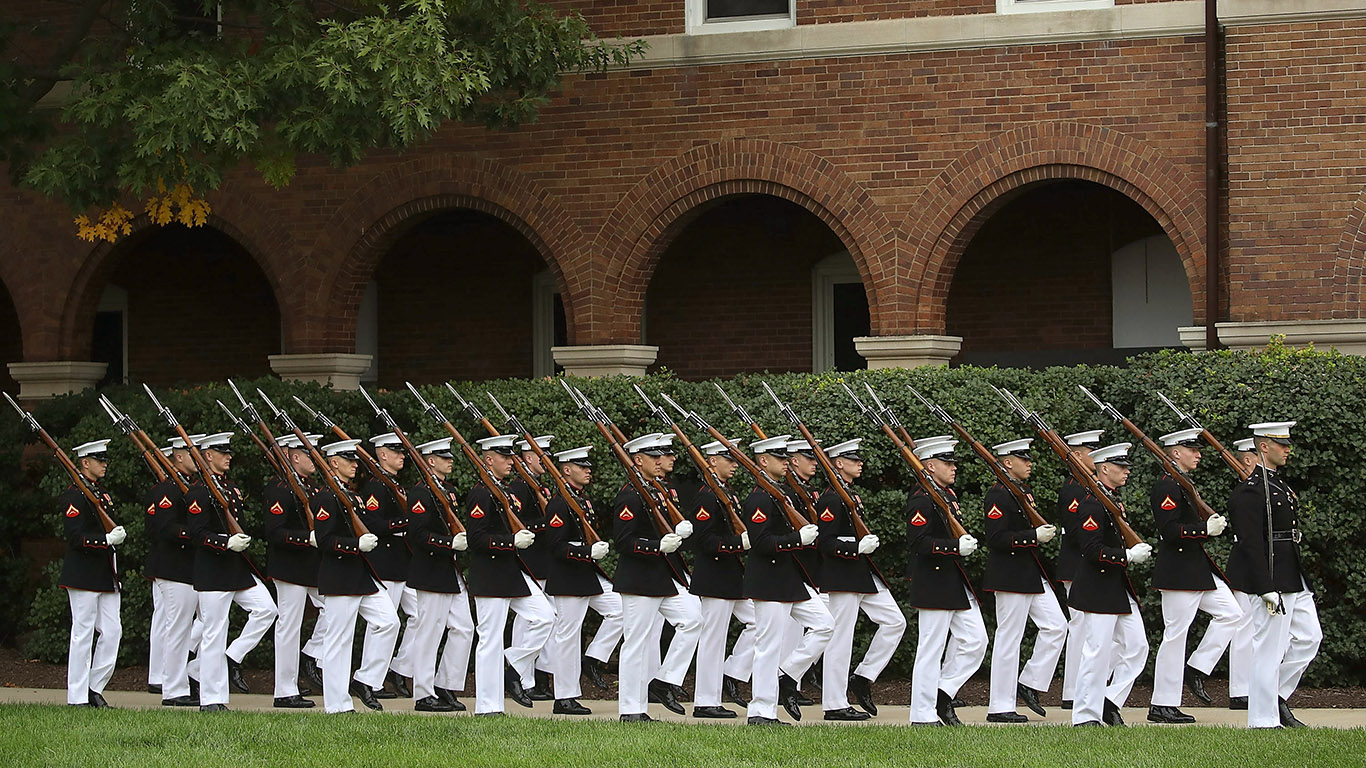 The United States has by far the best funded military in the world. The U.S. government spends more on its military than the next seven highest-spending countries combined. More than one-third of the world’s entire military spending comes from the United States. The American military’s footprint can be found in hundreds of bases in dozens of countries around the world. Though it still spends far more than any other country, America’s $610 billion military expenditure in 2017 was 14% lower than it was 10 years ago. The decrease was likely the result of the end of the Iraq War.