10 Countries Spending the Most on the Military 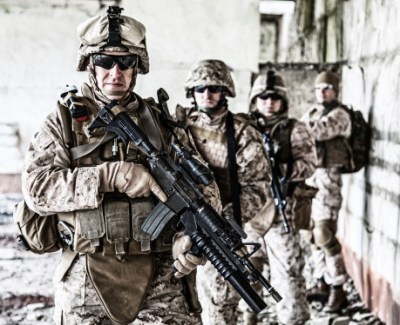 The Stockholm International Peace Research Institute (SIPRI) measures annual military spending for most of the world’s armed countries. According to SIPRI, the U.S. spent $618 billion on its military last year, more than three times the $171 billion budget of second place China. Based on SIPRI’s 2013 data, these are the countries with the largest military budgets.

According to Dr. Sam Perlo-Freeman, senior researcher and head of the SIPRI Project on Military Expenditure, austerity measures account for the majority of the declines in military spending, particularly in Western Europe.

In the U.S., lower military spending was partly the result of efforts to reduce the deficit, but mostly due to the withdrawal from Iraq and Afghanistan. Since the peak of U.S. military expenditure in 2010, military spending has fallen 14% amidst growing concerns about the national debt. Similarly, the United Kingdom has dramatically reduced military expenditures following Prime Minister David Cameron’s call for financial responsibility.

In other countries — especially those where military spending was on the rise — military budgets were dependent on a number of factors. A country’s economy, for example, often mirrors military spending. “You need to have GDP growth to be able to afford higher military spending,” Perlo-Freeman said.

This was evident in China, where military spending has grown in proportion to the country’s economic growth. According to Perlo-Freeman, because personnel expenditure often accounts for the bulk of military spending, “when you see an economy growing, it’s entirely natural that [spending] would increase.”

Regional conflicts have also caused countries to increase the size of their military. Algeria, where the Arab Spring began in 2010, also became the first country in Africa with a military budget that exceeded $10 billion last year, likely due to instability within the country and unrest in the region. Similarly, mounting tension between Pakistan and India may have contributed to India becoming the world’s largest arms importer last year.

China’s significant military budget and the modernization of its armed forces have contributed to tensions in Southeast Asia and the East Asian Sea. Territorial disputes, combined with high spending, as Perlo-Freeman explained, have induced countries to expand the size of their military expenditures. Japan, for example, increased its military budget for the first time in 10 years due to recent territorial disputes with China.

Some countries fund military spending through oil revenues because it is a direct source of revenue for the government that avoids increasing taxes. Military spending depends on “the government to actually be able to collect some of the proceeds of [economic] growth,” mostly through taxation, Perlo-Freeman explained. However, increasing taxes for military spending is especially unpopular. “This is one of the reasons we often see such high shares of GDP devoted to spending in big-oil producers,” Perlo-Freeman said. Brazil, Saudi Arabia and Russia are all large oil-producing nations, as well as some of the world’s top military spenders.

These are the countries with the highest military expenditures.