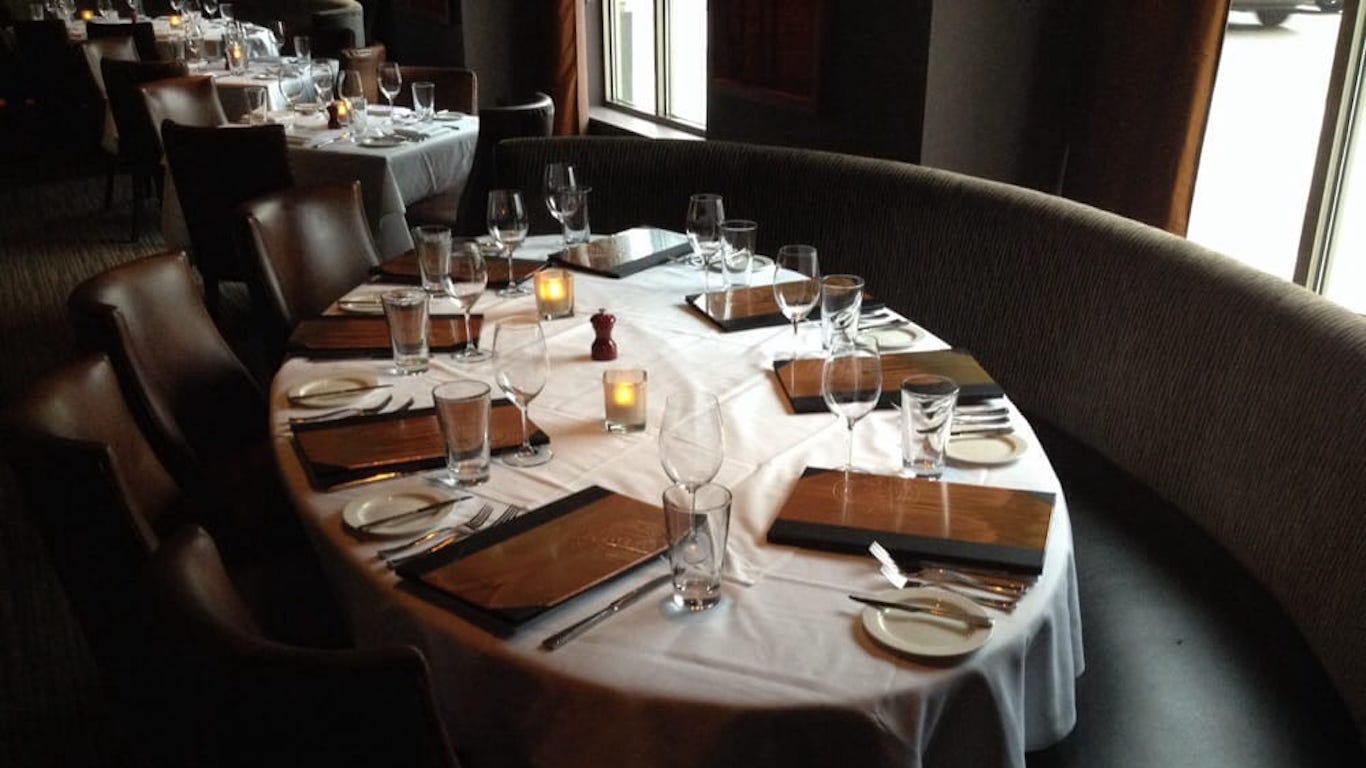 Familiar to food lovers from his appearances on “Iron Chef America,” “The Chew,” “Food Feuds,” and other shows, and to Ohioans for his popular restaurants in his hometown of Cleveland, Michael Symon opened Roast in the Motor City in 2008. In 2009, the Detroit Free Press named it Restaurant of the Year. The food here is gutsy: beef cheek pierogies, lamb neck risotto, chicken livers with polenta, duck confit, skate wing with peas and shiitakes, and more. The steaks, slathered in “dry-aged butter” are six in number, including a filet mignon with crabmeat béarnaise and a hanger steak with pickled shallots and chiles. Spinach and feta au gratin, roasted carrots with pistachios, and asparagus with a poached egg are among the accompaniments. 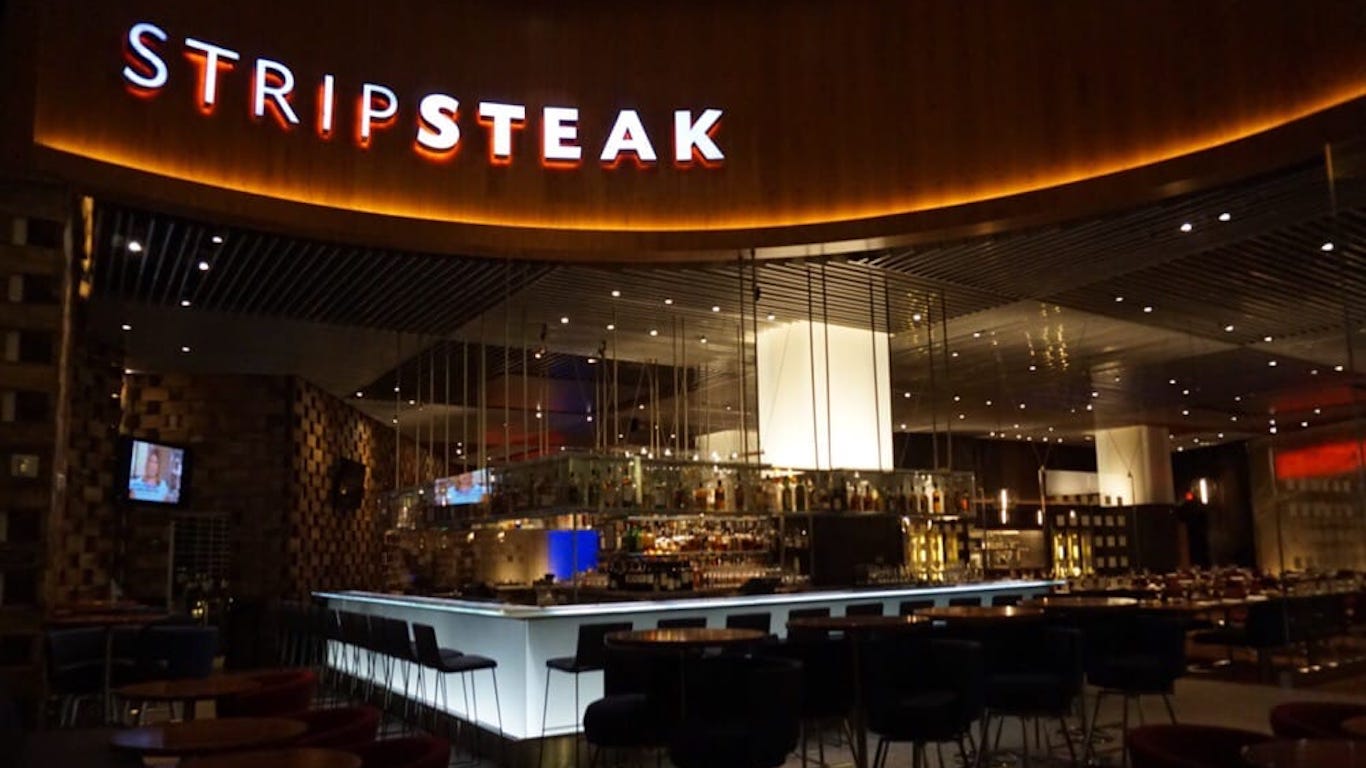 Roughly a quarter of Michael Mina’s 40 or so restaurants around America and in Dubai are steakhouses. Besides this Las Vegas entry, there are Stripsteaks in Miami Beach and Honolulu and Bourbon Steaks in Miami, Scottsdale, Washington D.C., Los Angeles, and Orange County. The first course selection here is one of the more unusual for a steakhouse, encompassing Maine lobster tacos, prime Angus beef satay with green papaya salad, Thai calamari ceviche, and housemade Spaghetti O’s with mini rigatoni and wagyu bolognese. The steaks are both wagyu and Angus in various forms — including a 10-ounce Angus flat iron — and the menu offers a “World Wide Wagyu” tasting (for $162) that combines portions of Japanese A5 New York steak, American rib cap, and Australian short rib.