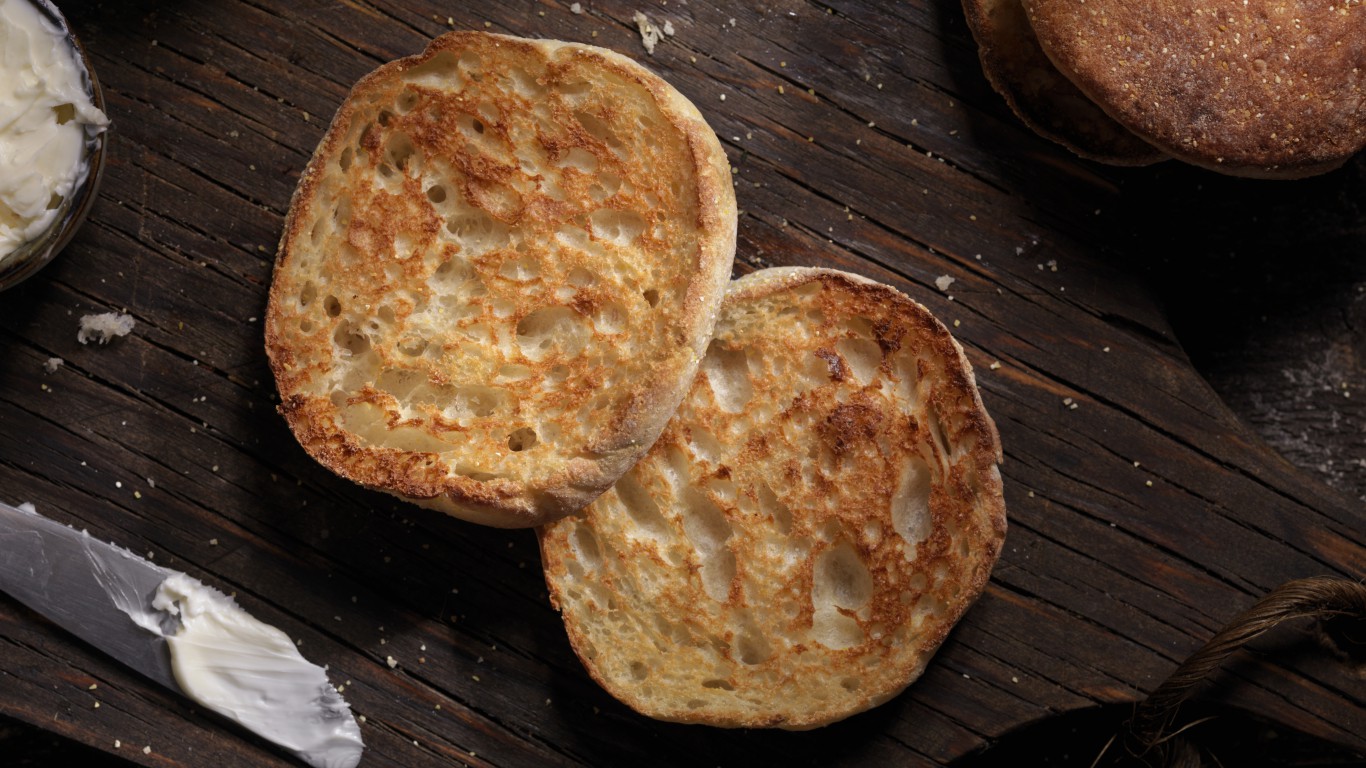 The crumpet, a leavened griddle cake with a spongy texture and a porous top, has been popular in the U.K. since the 19th century. In 1880, an English immigrant to the U.S., Samuel Bath Thomas, opened a bakery in New York City, where he invented a variation he called “toaster crumpets.” Unlike their predecessors, which were eaten whole, these were cut into two halves so they could be toasted in a toaster or under a broiler. They eventually became known as English muffins, to distinguish them from cake-like regular muffins. Thomas’s company, now owned by a subsidiary of Mexico’s Grupo Bimbo, remains by far the largest purveyor of English muffins in the country. 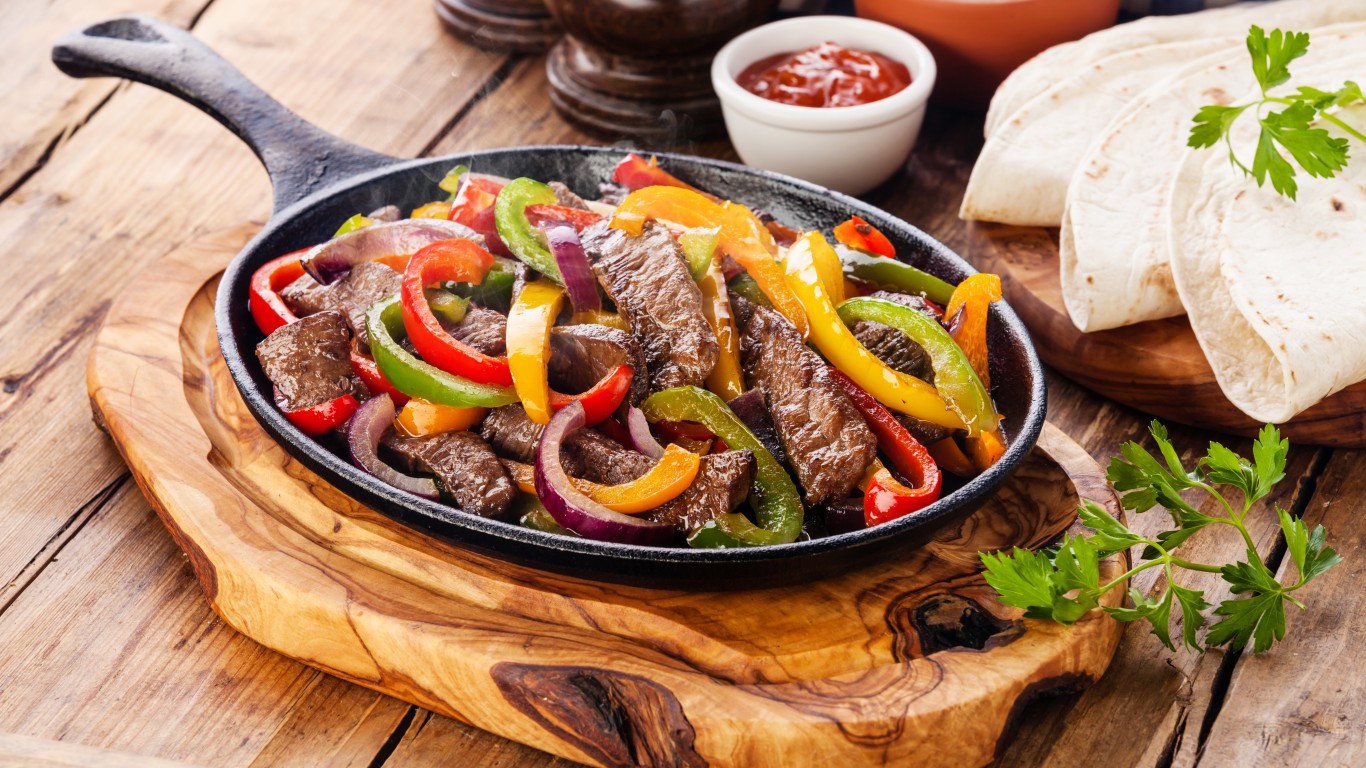 “Faja” is Spanish for strip or sash, and fajitas are a dish of little strips of meat (originally skirt steak), fried with bell peppers and onions and served with flour tortillas. Fajitas were originally trail food cooked up by Texas chuckwagon chefs on cattle drives. Modern versions, which gained popularity only in the latter part of the 20th century, are made not only with beef but with chicken, pork, shrimp, and other proteins, and are usually served sizzling on a hot metal platter. 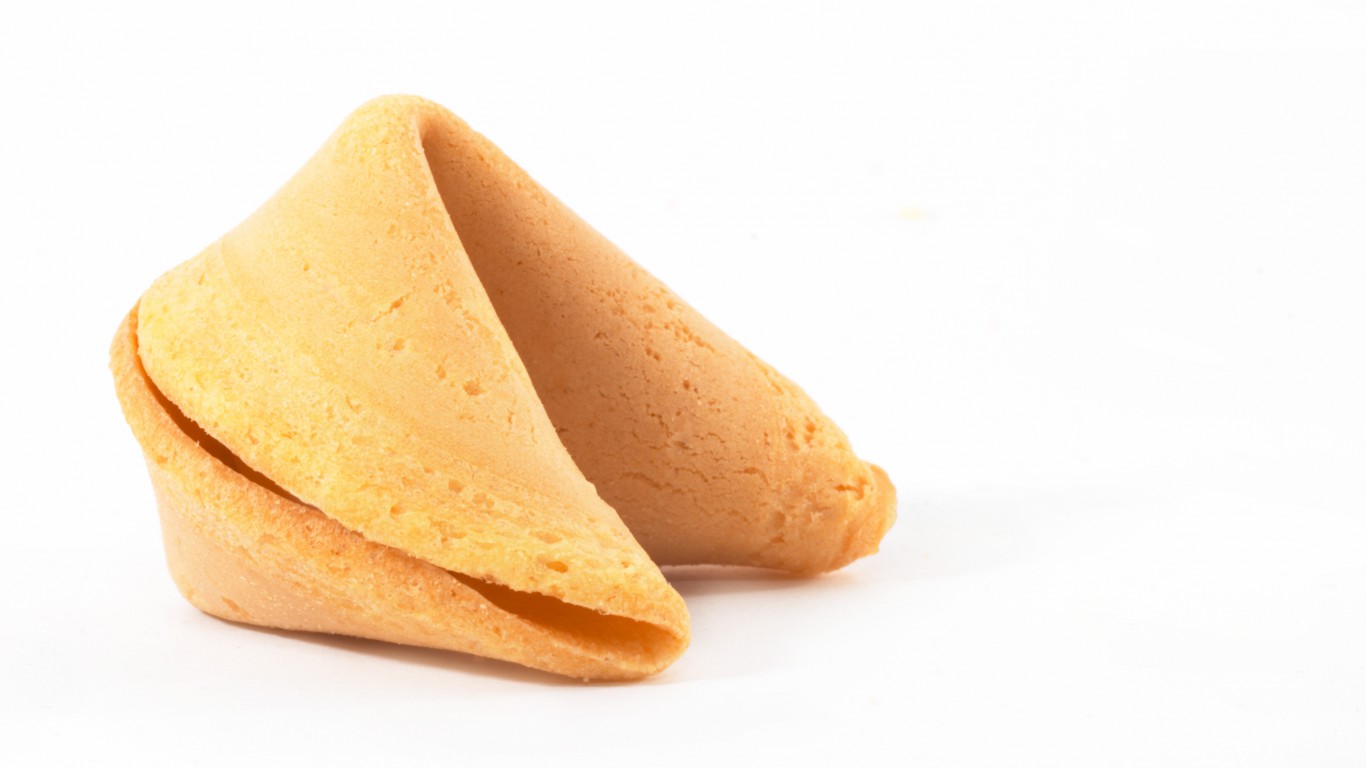 Strangely enough, this American Chinese restaurant cliché may have been invented by Japanese restaurateurs, though in Los Angeles or San Francisco. A confection similar to the fortune cookies we’re familiar with, flavored with sesame seeds, was first made in the southern Japanese capital of Kyoto in the 19th century. These were folded around slips of paper called o-mikuji, which contain short blessings (or curses!) and financial or personal predictions. They may have been introduced to America around the turn of the 19th century at San Francisco’s Japanese Tea Garden. A Japanese restaurant owner in L.A. and the Chinese founder of the city’s Hong Kong Noodle Company also claim to have brought the idea here but slightly later. When Japanese-Americans were interned and lost their businesses during World War II, Chinese bakers took over the industry in earnest, tweaking the recipe. After a Chinese-American graduate of the University of California named Shuck Yee invented a machine to fold them automatically in 1973, the cookies’ fortunes were assured. 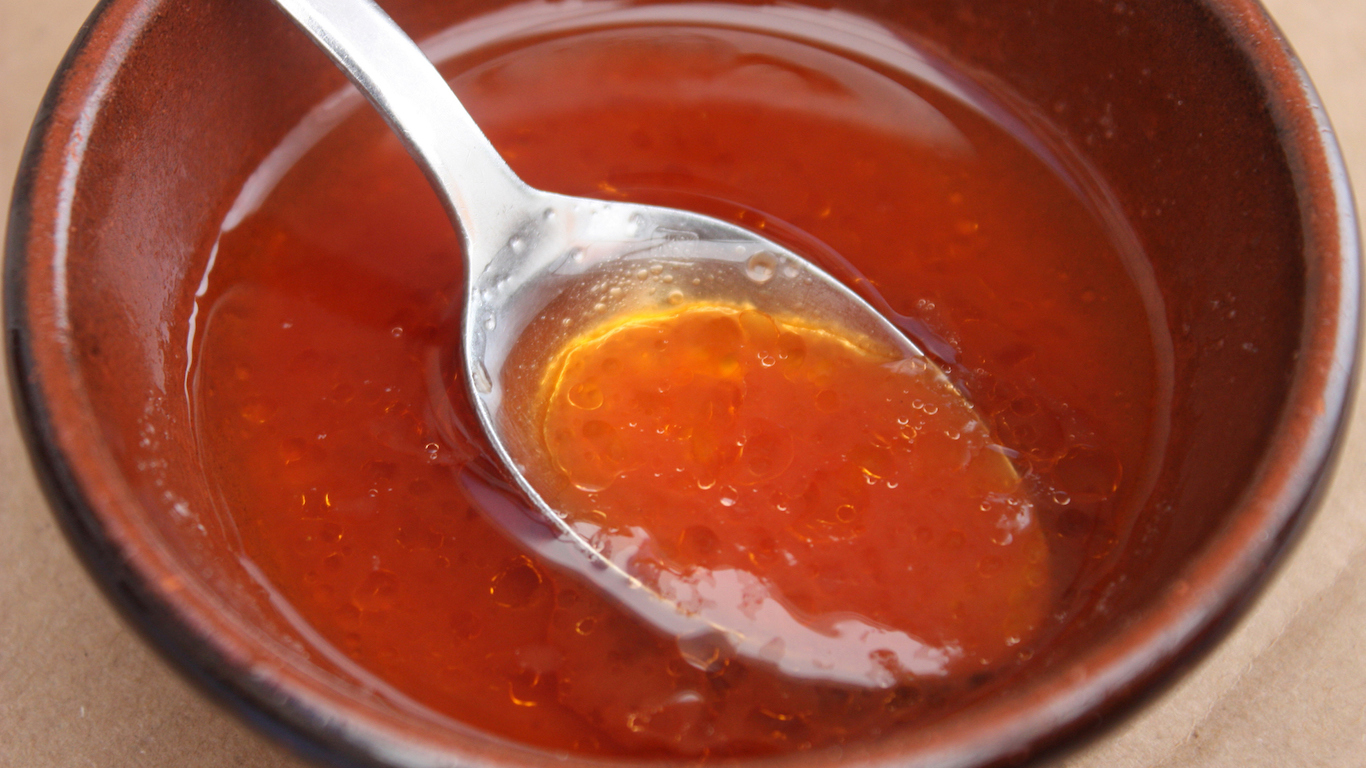 The French almost always dress their salads with vinaigrette — an emulsion of olive oil and wine vinegar, with Dijon mustard, salt, and sometimes shallots, garlic, and sometimes various herbs mixed in. The sweetish, creamy, orange condiment sold as French dressing in the U.S. has an oil-and-vinegar base but adds tomato paste and/or ketchup, paprika, and brown sugar or corn syrup to the recipe. (There’s also a homemade version involving Campbell’s condensed tomato soup.) The original version may have been Milani 1890 French Dressing, made by a company founded in 1938. 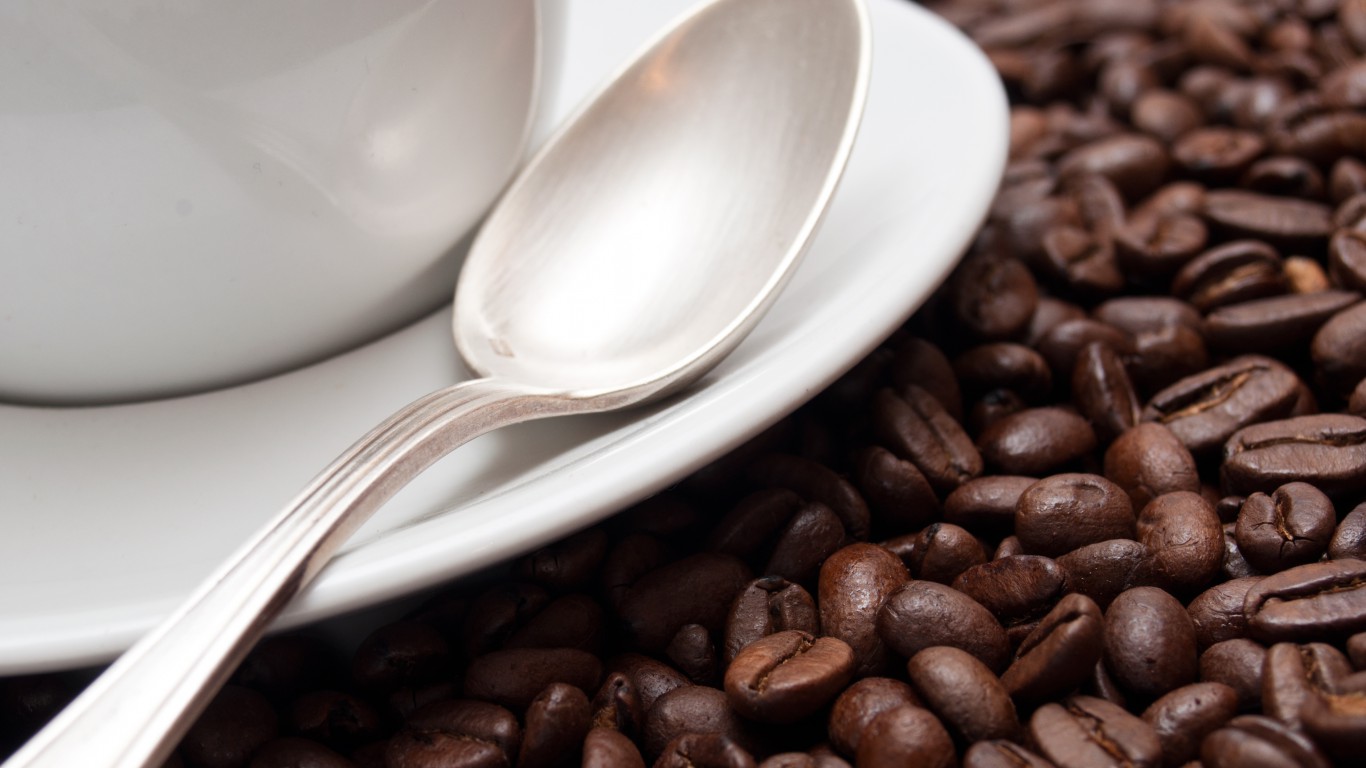 In the years before the rise of specialty coffee shops in the U.S., American coffee drinkers traditionally preferred lighter roasts than European drinkers did. Dutch-American businessman Alfred Peet, founder of Peet’s Coffee & Tea in Berkeley, California, in 1966 was a pioneer in sourcing and roasting high-quality coffee beans in this country. With the European model in mind, he developed a dark roast with reduced acidity and a hint of burnt character, which he called “French roast” — apparently the first time the term was used. He might have as easily dubbed it “Spanish” or “Italian” or almost anything else European (though today Italian roast is even darker than French).