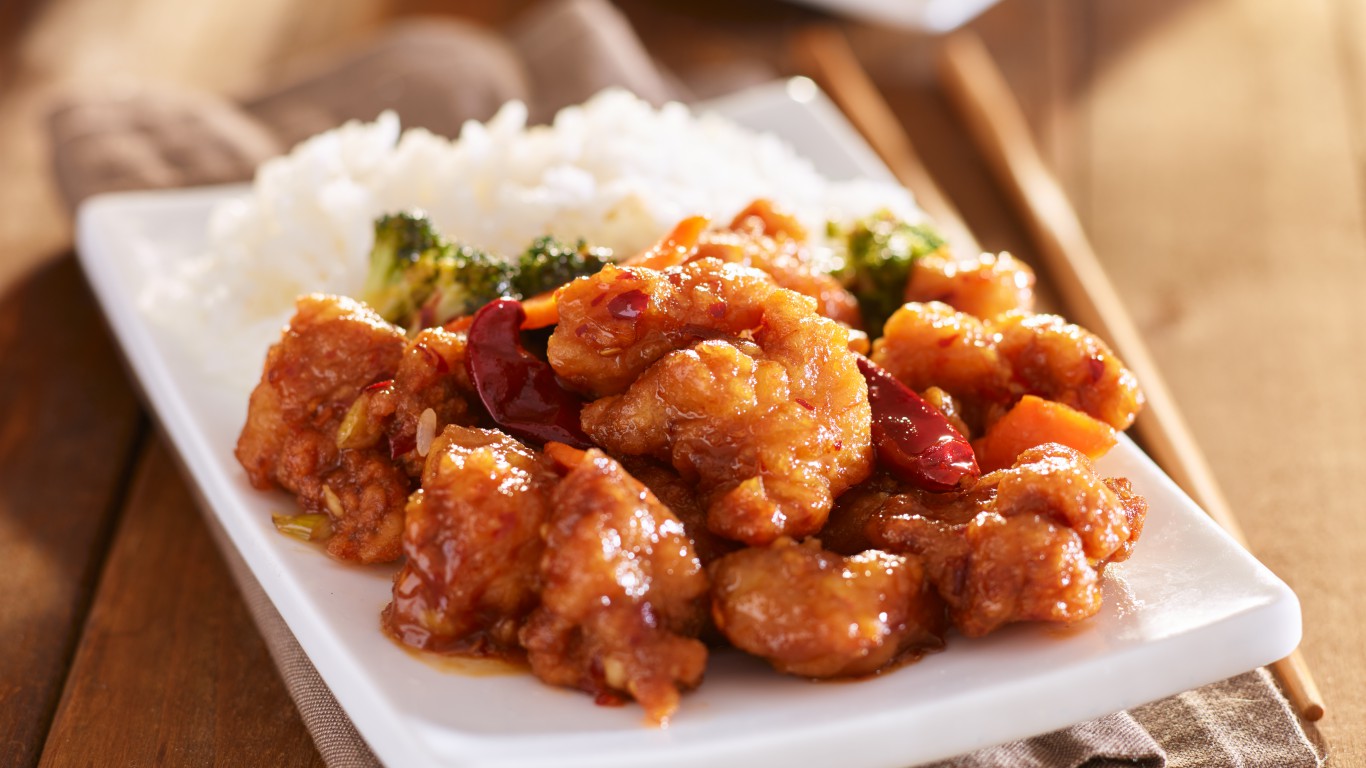 This Hunan-style preparation of chicken pieces fried in a cornstarch-based batter and cooked with chiles, ginger, garlic, soy sauce, rice vinegar, and other flavorings is probably named for Zuo Zongtang (or Tso Tsung-t’ang), a 19th-century Chinese military hero. He died long before the dish first appeared, however. An alternative theory suggests that the name comes not from a person but from the term zongtang, meaning “ancestral meeting hall.” In either case, one thing is certain: General Tso’s chicken is not a traditional Hunanese dish. A Hunan-born Taiwanese chef named Peng Chang-kuei claimed to have been the first to serve General Tso’s chicken at his restaurant in China in the 1990s, later importing it to his Peng’s Restaurant in Manhattan. However, the proprietors of New York City’s Shun Lee restaurants maintain that it was invented at their Shun Lee Palace, by their chef T. T. Wang in 1972. 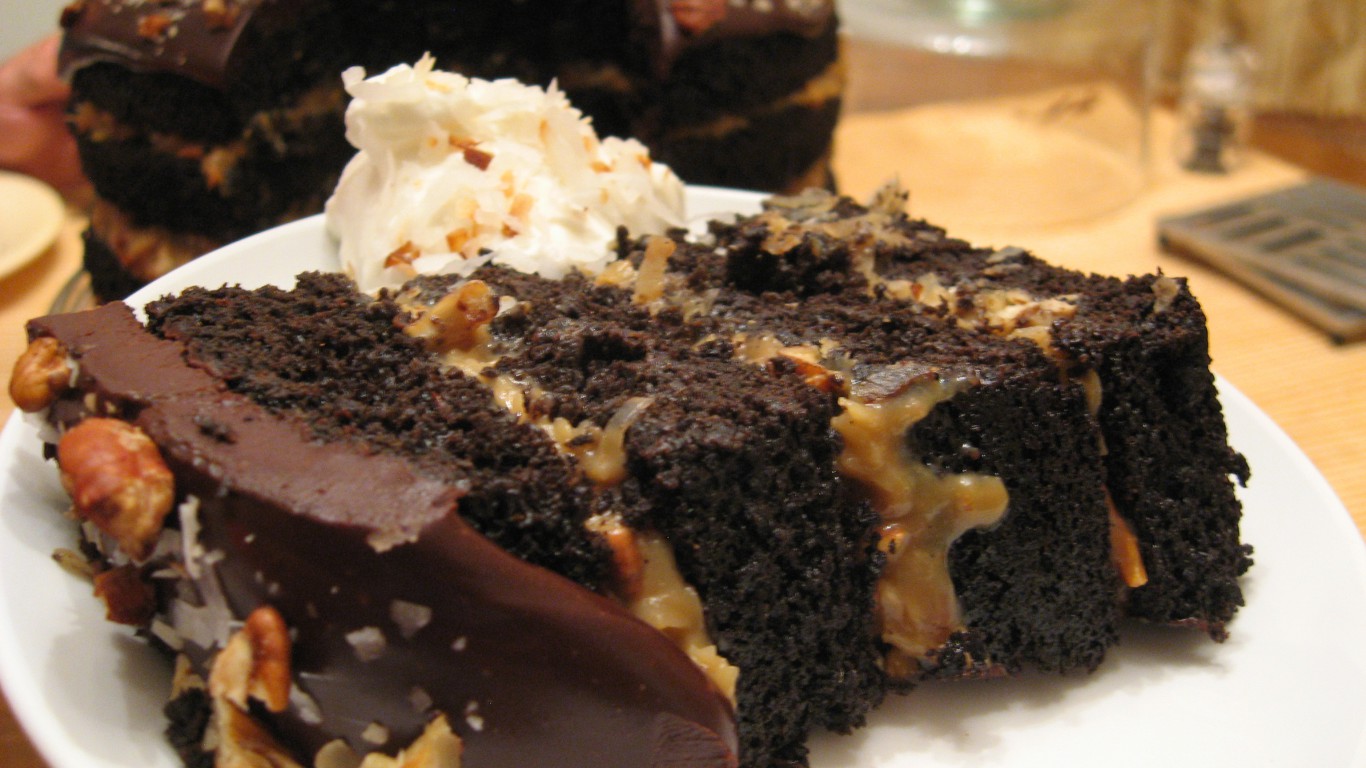 While the name German chocolate cake may evoke images of rich pastries at some Bavarian bakery or café, the fact is that this chocolate cake with coconut-pecan frosting owes its name not to a European country but to an English-born confectioner named Samuel German. In 1852, German developed a variety of baking chocolate for his employer, the Massachusetts-based Baker’s Chocolate Company, which sold it as Baker’s German’s Sweet Chocolate. In 1957, one Mrs. George Clay, a Dallas housewife, used the chocolate in a recipe she called “German’s Chocolate Cake,” published in the Dallas Morning News. General Foods, which then owned Baker’s, disseminated the recipe across the country, and at some point the possessive “s” disappeared, making the cake seem to be German. 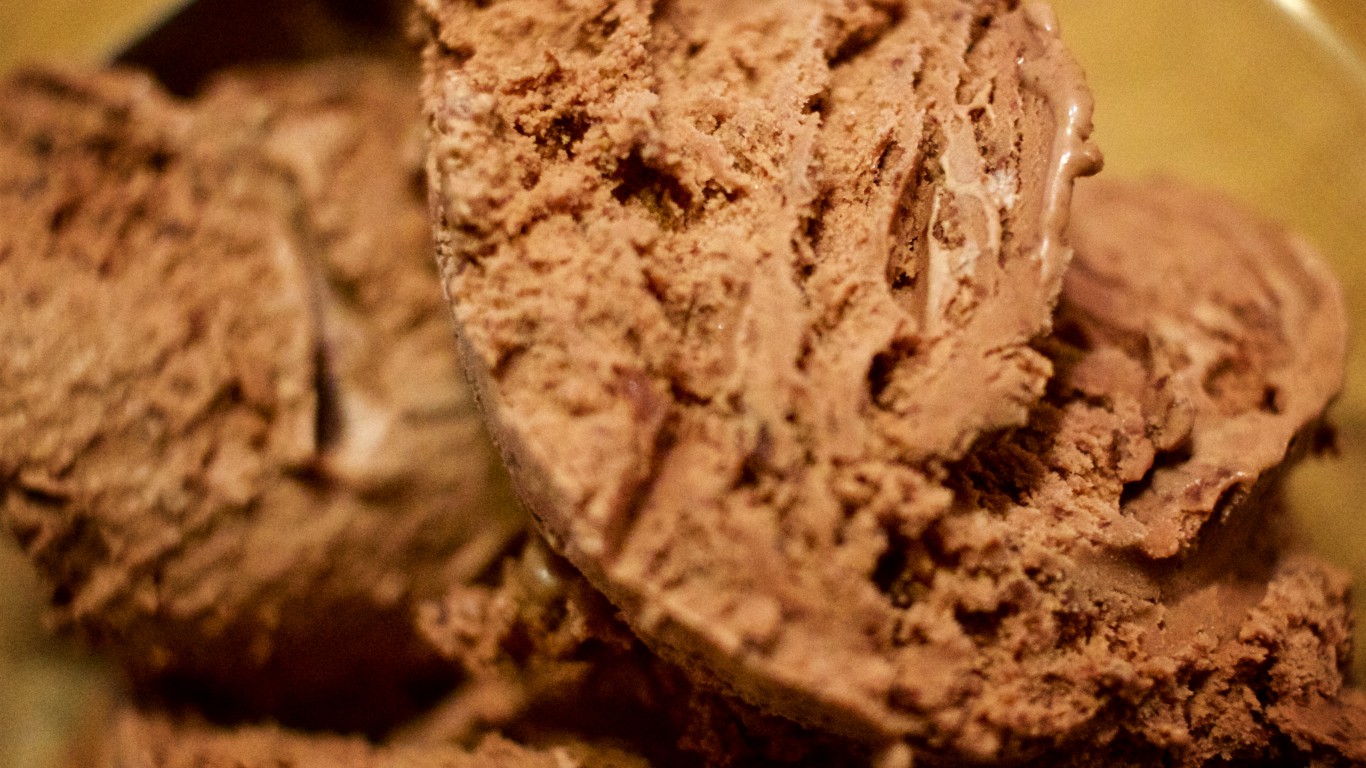 In the 1920s, at the age of 10, Polish Jewish immigrant Reuben Mattus started helping an uncle who sold Italian ices in Brooklyn. He remained in the family business, becoming a purveyor of ice cream sandwiches and bars from a wagon in the Bronx. Years later, in 1960, as head of the company, Mattus decided to produce a line of premium ice creams, richer than the usual commercial brands. He wanted to give it a Danish-sounding name, perhaps because the Danes are famed for the quality of their dairy products and their love of ice cream, but also possibly as a tribute to the Danish Resistance heroes who saved most of their country’s Jews during World War II. Mattus’s daughter Doris later recalled that he sat in his kitchen for hours trying out nonsense words until he hit on “Häagen-Dazs.” Though the words mean nothing in Danish (which doesn’t use umlauts or have the “zs” letter combination), early cartons of the ice cream displayed a map of Denmark. 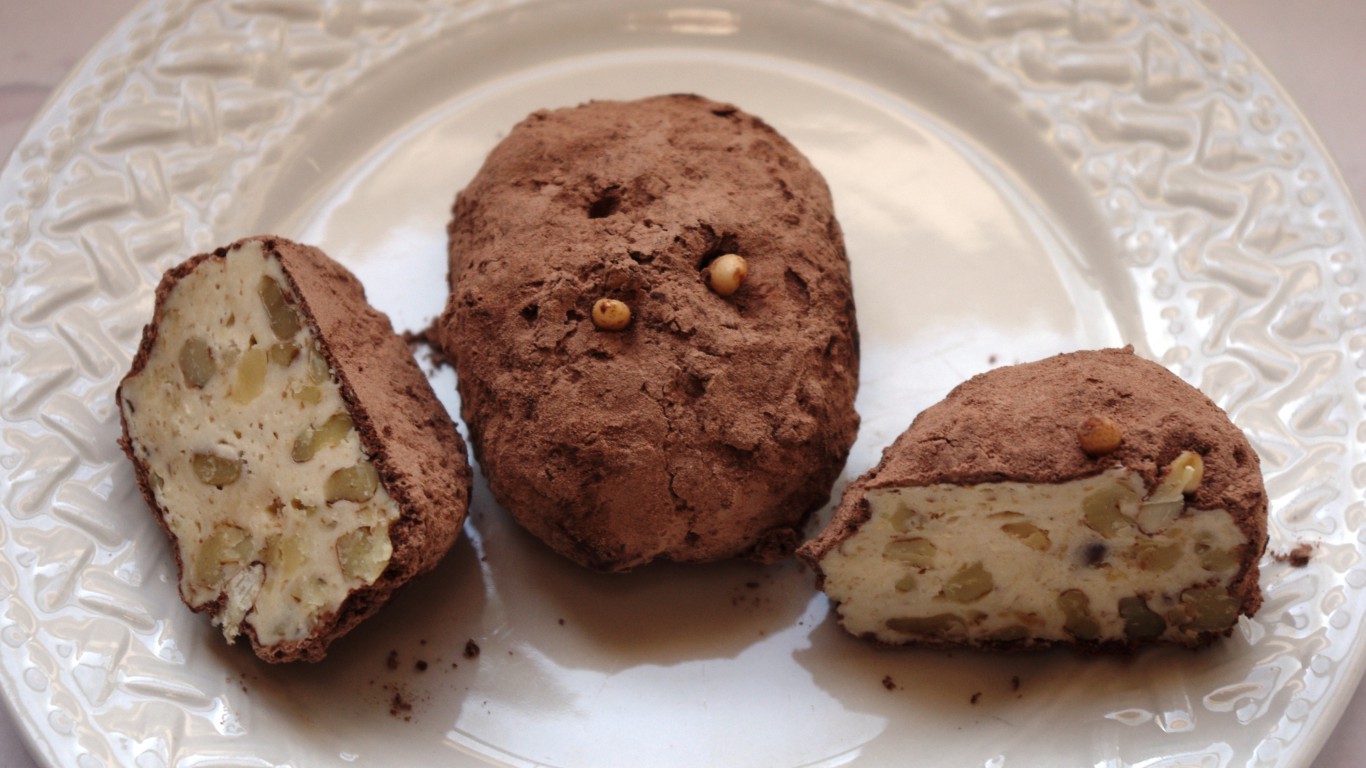 No potatoes were harmed in the manufacture of these sweet treats. These spud-shaped confections of dense coconut cream or white chocolate fudge are dusted with cinnamon and/or cocoa so that they resemble small potatoes just dug out of the ground. Pine nuts are sometimes embedded in the exterior to suggest potato eyes. Irish potato candies are a specialty of Philadelphia, dating back about a century. Who first created them isn’t recorded, but Oh Ryan, a candy maker in suburban Philly, claims to be their largest producer today. 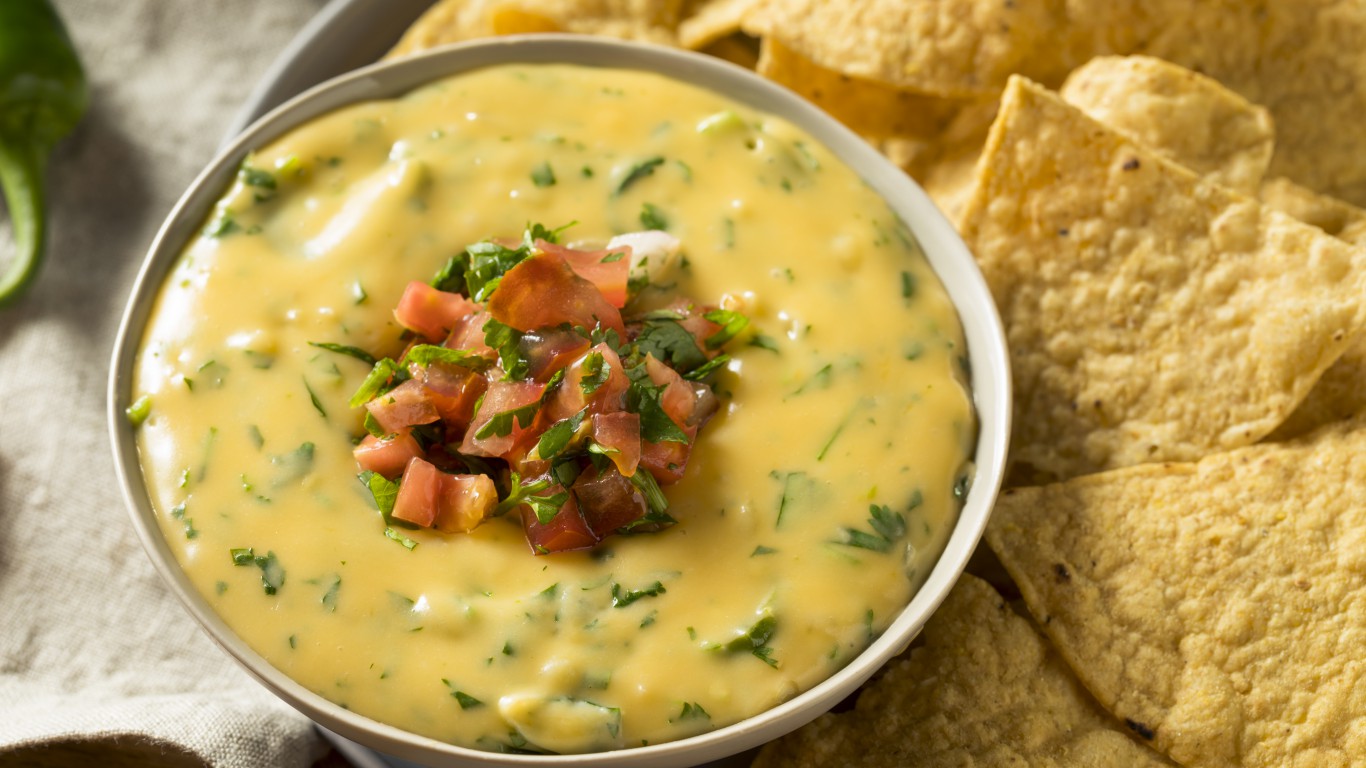 Also known as chile con queso (chile with cheese), this medium-thick and creamy Tex-Mex variation on fondue is related to dishes from northern Mexico called queso fundido (melted cheese) or queso flameado (“flamed” cheese). In the form it’s most often enjoyed in Texas and around the Southwest, though, it’s strictly a north-of-the-border invention. Some versions may use cheddar, Monterey Jack, or other conventional cheeses and add fresh chiles or various spices. But the classic version is nowhere near as fancy. It’s just a melted slab of Velveeta processed cheese, into which a small can of Ro-Tel Diced Tomatoes and Green Chilies has been stirred. Just add flour tortillas or corn tortilla chips to dip in the cheese.