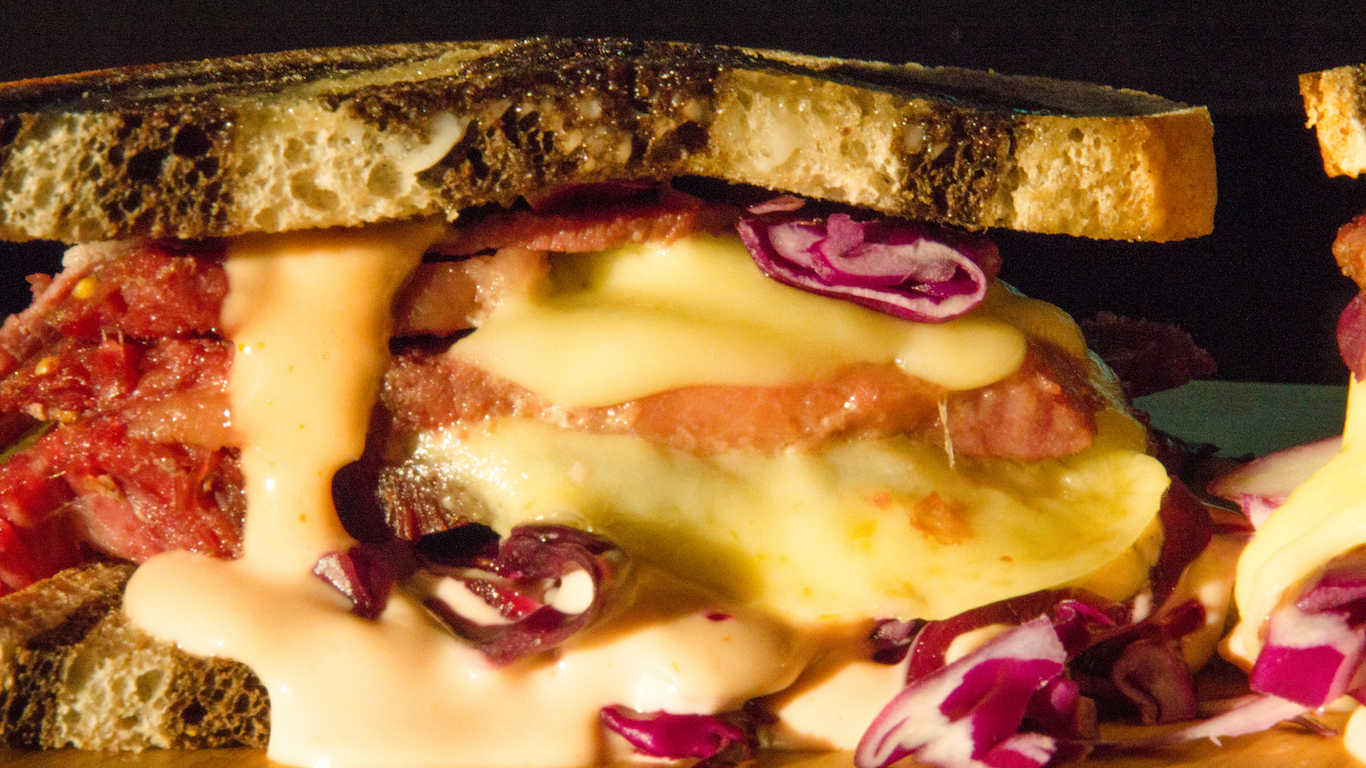 A blend of mayonnaise and ketchup with added ingredients that may include horseradish, Worcestershire sauce, lemon juice, minced pimentos, chives, pickles or pickle relish, and hot sauce, this sandwich and salad dressing is unknown in Russian cuisine. One theory holds that it got its name because an early version included caviar. The term is recorded as early as 1900, but apparently initially it referred to a simpler vinaigrette. Credit for creating Russian dressing in the modern sense generally goes to New Hampshire entrepreneur James E. Coburn, who started selling it out of his Nashua store in 1910, and maybe earlier. 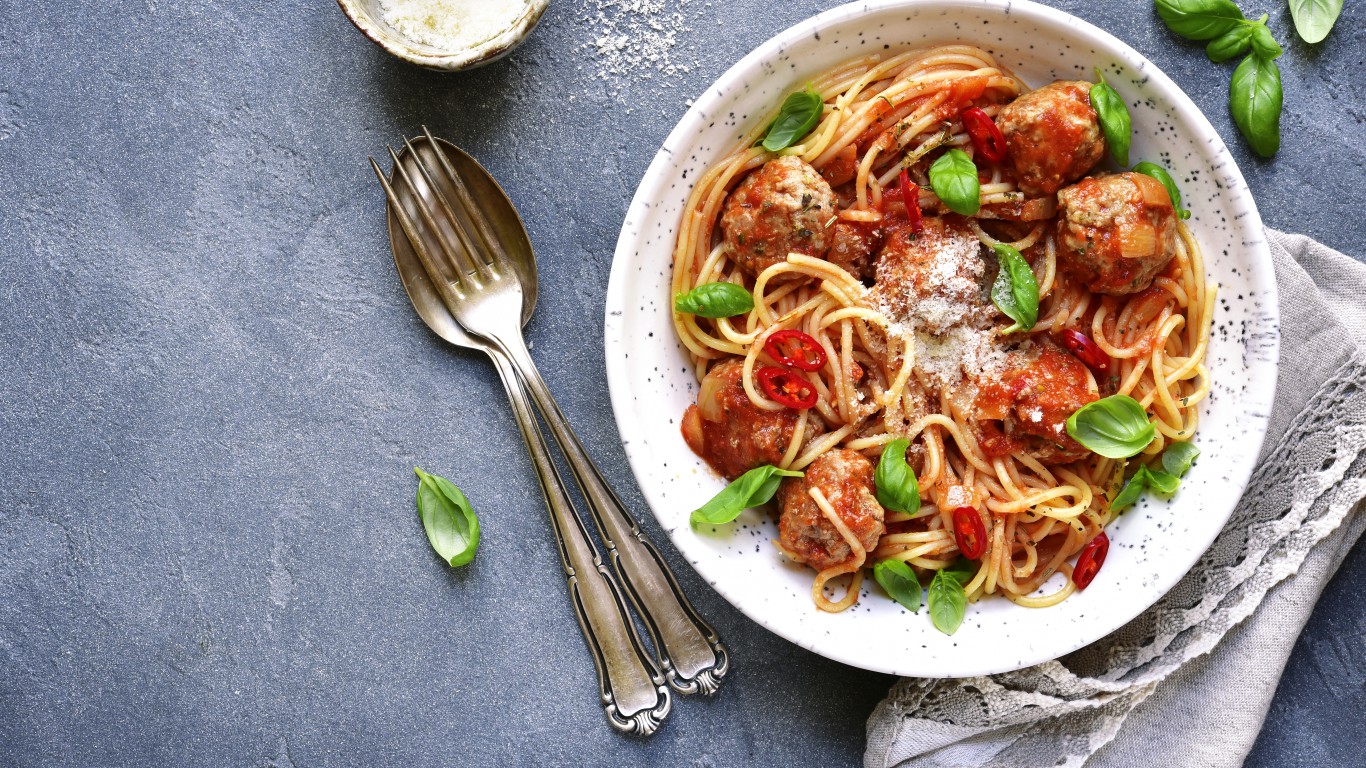 In Italy, meatballs are an appetizer, or even a main course. Adding them to spaghetti wouldn’t make much sense to an Italian cook: Main dishes and pasta are never served together in Italy, and, anyway, noodles are typically enhanced with fine- or medium-textured sauces that will cling to them, not large hunks of protein. The combination was almost certainly developed by Italian immigrants to New York City in the early 20th century. The Association National Pasta, founded in the U.S. in 1904, published what is apparently the earliest recipe for spaghetti and meatballs in the 1920s. 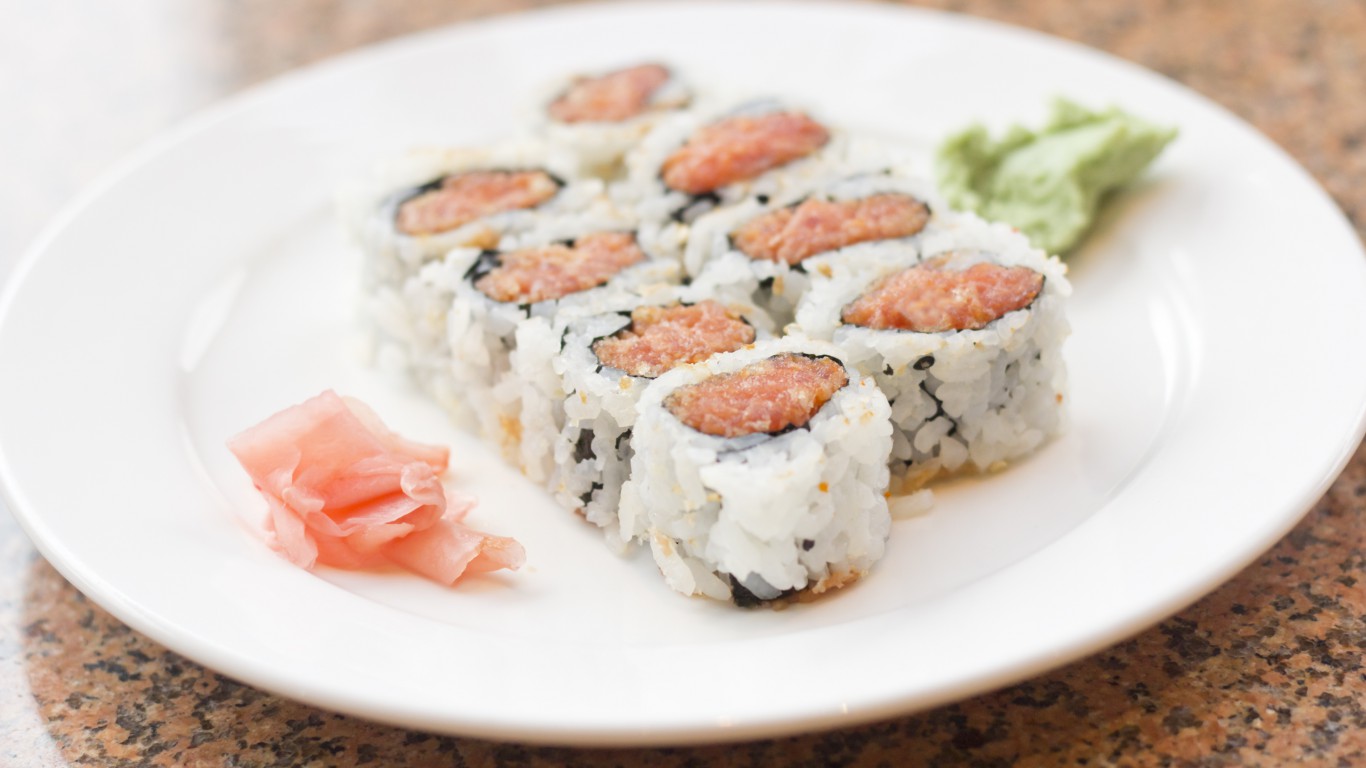 One of the most popular offerings at this country’s sushi bars, the spicy tuna roll is a nori seaweed-wrapped composition of tuna (often “scrape,” the bits left behind on the fish’s bones after the prime portions are removed), rice, spicy mayonnaise, and usually scallions and sesame seeds. Spicy foods are rare in traditional Japanese cuisine, but American customers at sushi bars would often ask for them. Some sources report that this particular answer to their request was first made at one sushi bar or another in L.A.’s Little Tokyo. But Jean Nakayama of the 104-year-old Maneki in Seattle claims that her husband, Kozo, invented it there in 1984. 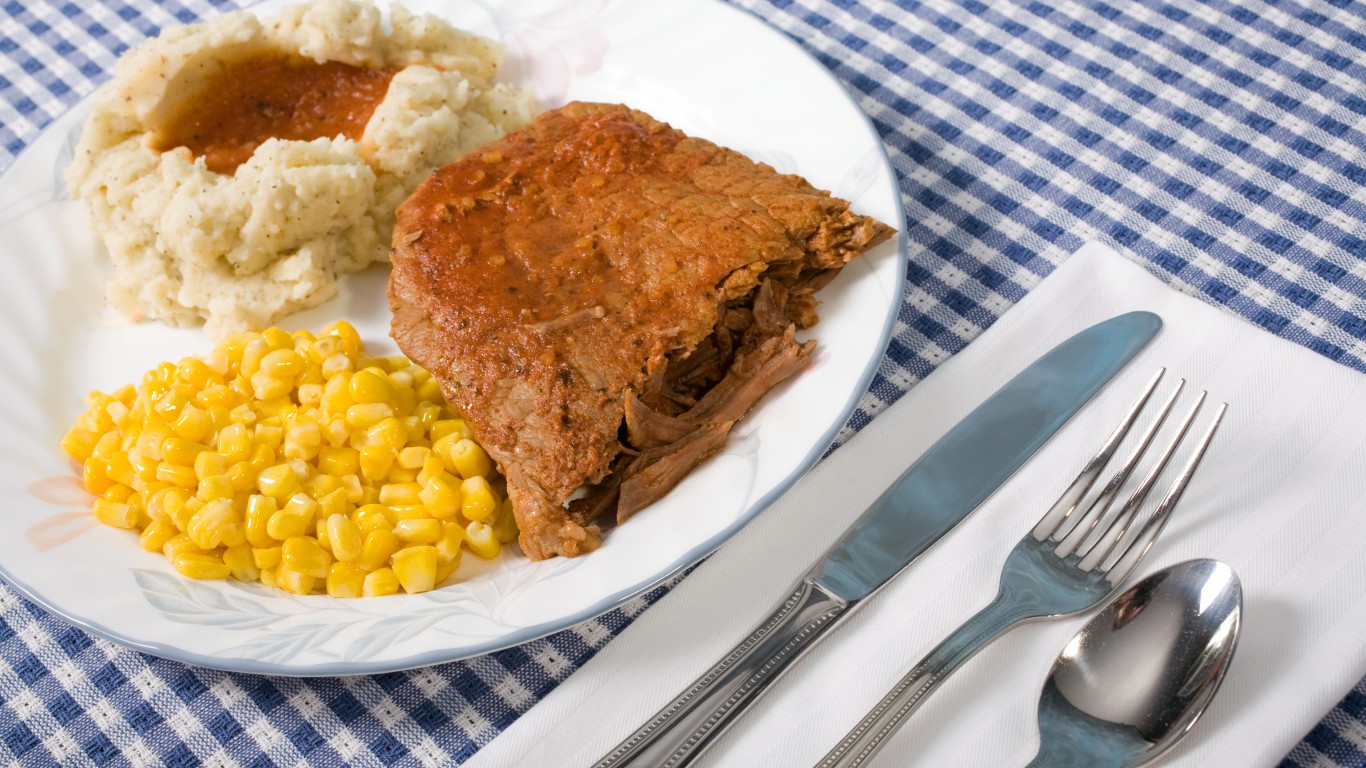 An inexpensive cut of beef or other red meat, tenderized by pounding or rolling, then braised in a sauce, Swiss steak has nothing to do with Switzerland. Food historian Charles Perry once reported in the Los Angeles Times that the term started appearing in American cookbooks in the 1920s, though he mentions that a similar dish, a tough cut of meat braised in tomato sauce, dates from 1859. Perry opines that Swiss steak probably got its name from “some Jazz Age newspaper food writer […] for no better reason than the Swiss reputation for thrift and frugality.” A more commonly accepted derivation is that it’s a reference to swissing, the process of smoothing and compressing of cloth or paper through rollers. 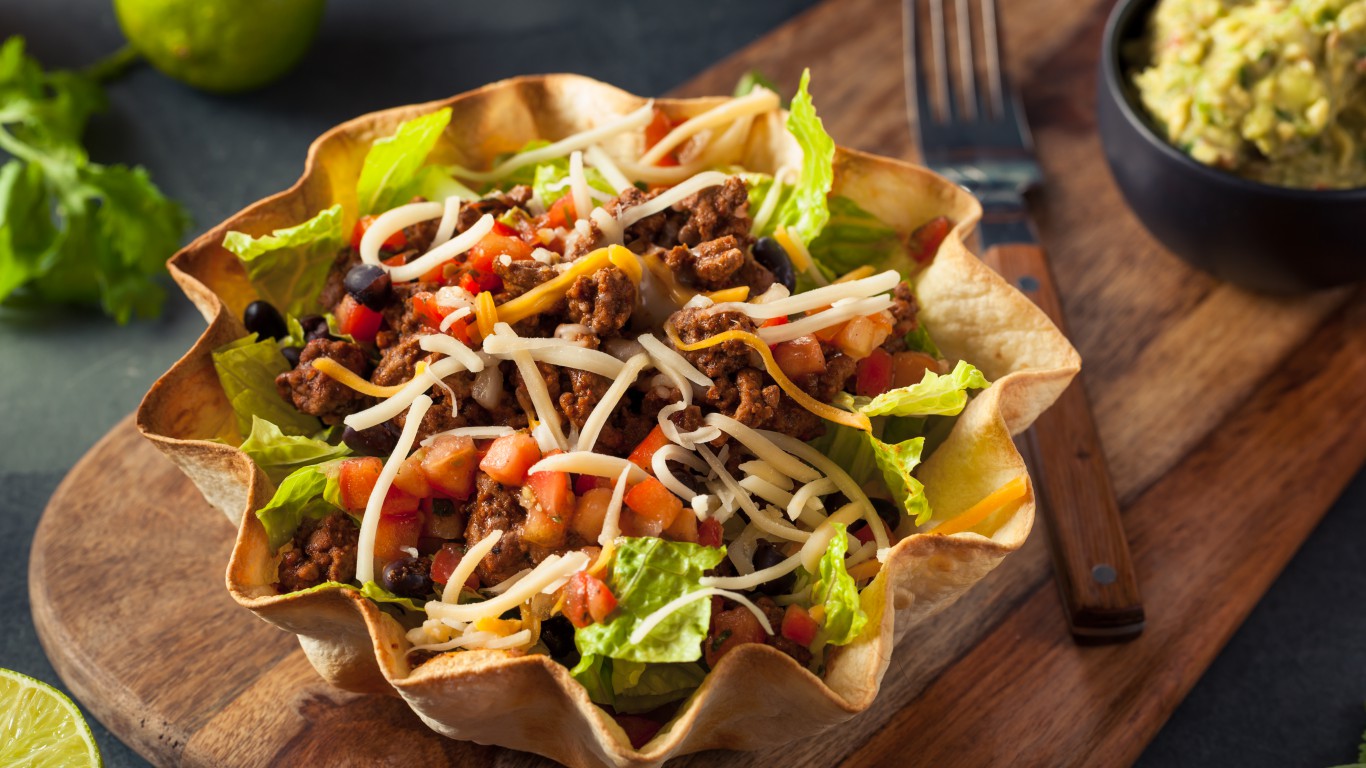 There’s no such thing as taco salad in Mexico, birthplace of the taco. Consisting of a large fried flour tortilla shaped into a kind of fluted bowl and filled with the typical ingredients in an American fast-food taco (chicken or ground beef, shredded lettuce, shredded cheese, etc.), the dish has its origins in, of all places, Disneyland. Charles Elmer Doolin, a candy store manager from San Antonio, Texas, who “invented” Fritos — he actually bought the recipe from a Mexican immigrant. Doolin came up with something called the Tacup in the 1950s. This was a taco shell shaped like a fluted pastry shell, into which he heaped a filling. When the Frito company opened a sort-of Mexican restaurant called Casa de Fritos in Disneyland in 1955, the Tacup was on the menu. It proved popular, and soon other restaurants were making their own versions, larger and based on flour rather than corn tortillas.