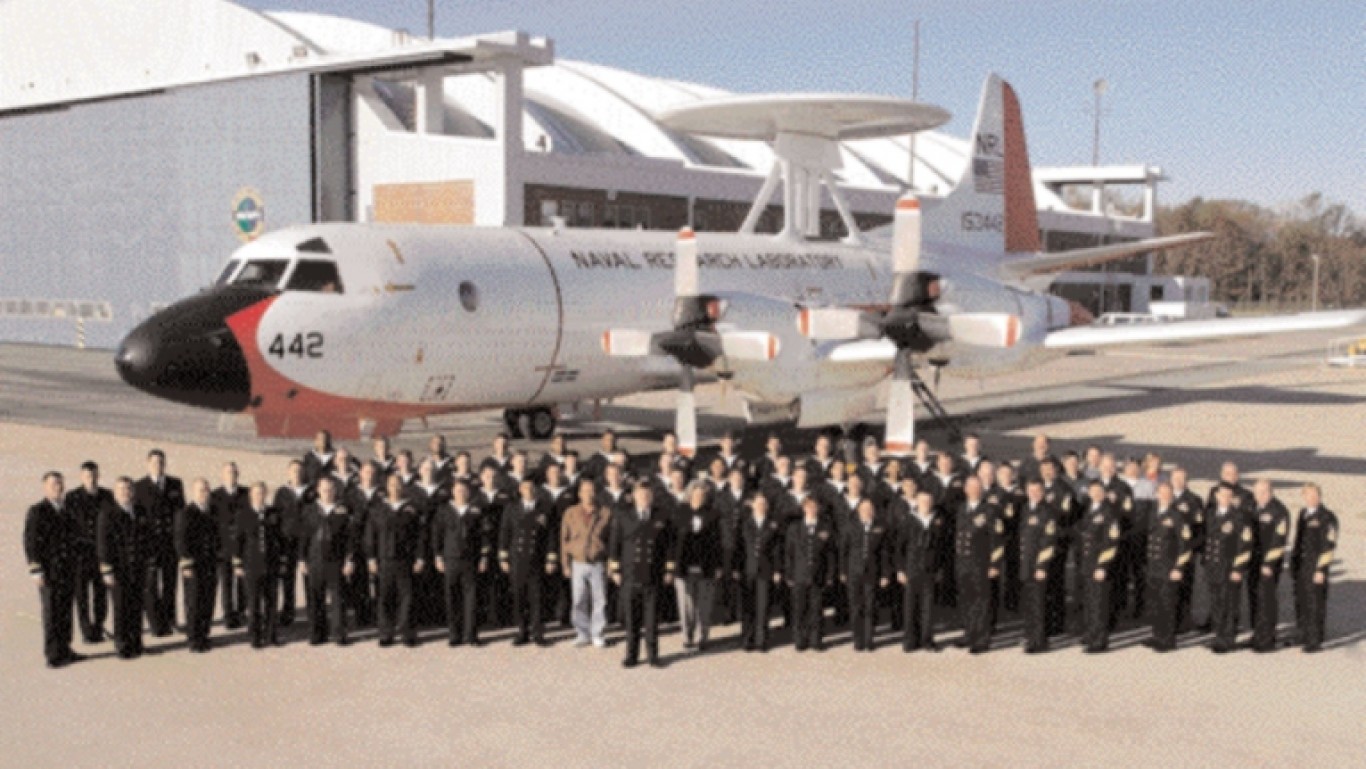 Maryland’s defense spending in fiscal 2015 totalled $20.5 billion, or about 5.7% of its GDP — the fifth highest percentage of all states. The high defense spending is due in part to the presence of several large military installations in the state. One of them is the Patuxent River Naval Air Station, located about 65 miles from the nation’s capital and home to approximately 2,359 active service men and women and many of their 4,436 dependents.

As is often the case in metro areas with large military installations, the California-Lexington Park metro area has a considerable veteran population. The metro area is home to nearly 13,000 veterans, comprising 11.5% of the total population. 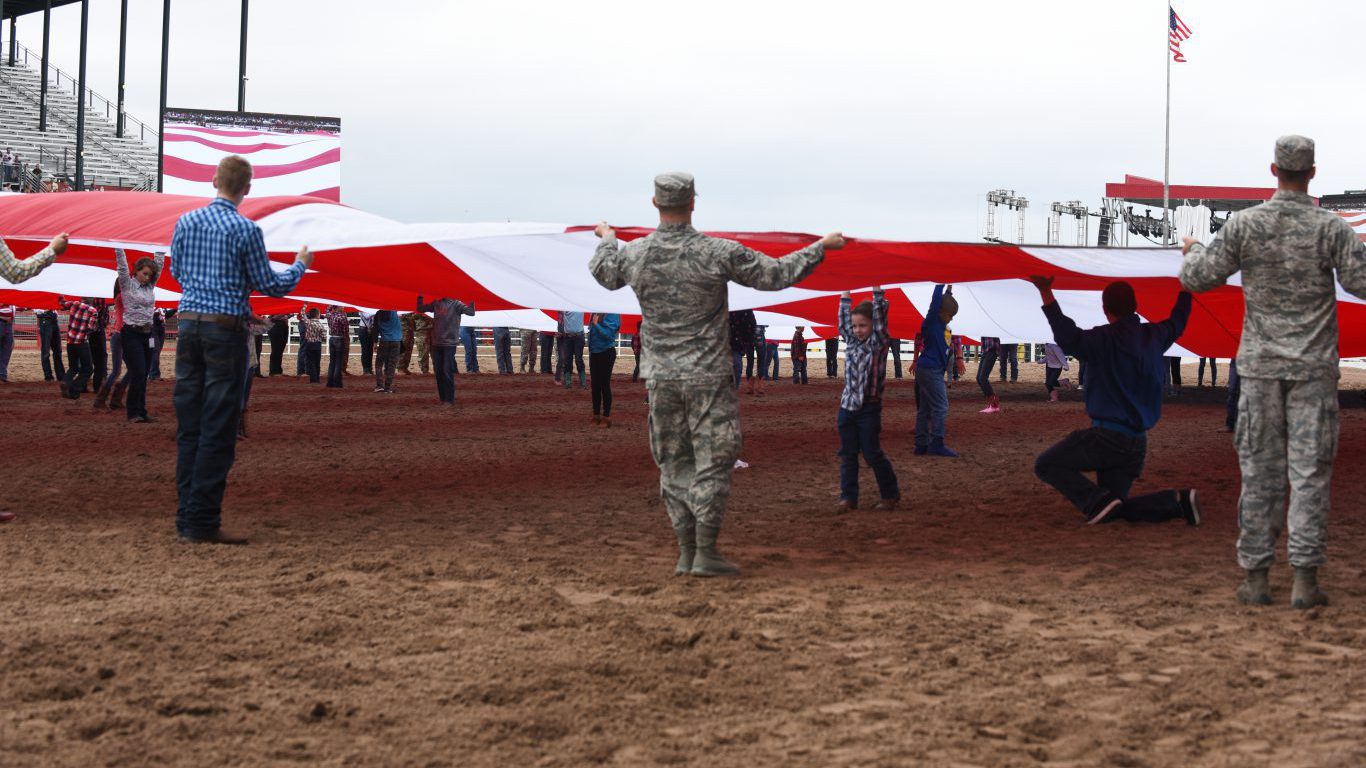 The Francis E. Warren Air Force Base in Cheyenne is one of the few military installations in Wyoming. Originally named Fort Russell, when it was founded in 1867, Warren AFB is the oldest U.S. Air Force installation in the world. The base was used as a training camp during World War I and became the first intercontinental ballistic missile base in the United States in 1957.

Today, in addition to having a combat-ready arsenal of intercontinental ballistic missiles, the base houses support centers and local headquarters for the Air Force, Navy, and National Guard. It is currently home to nearly 3,000 active duty personnel and many of their 3,500 dependents — equal to 6.6% of the Cheyenne metro area’s total population. 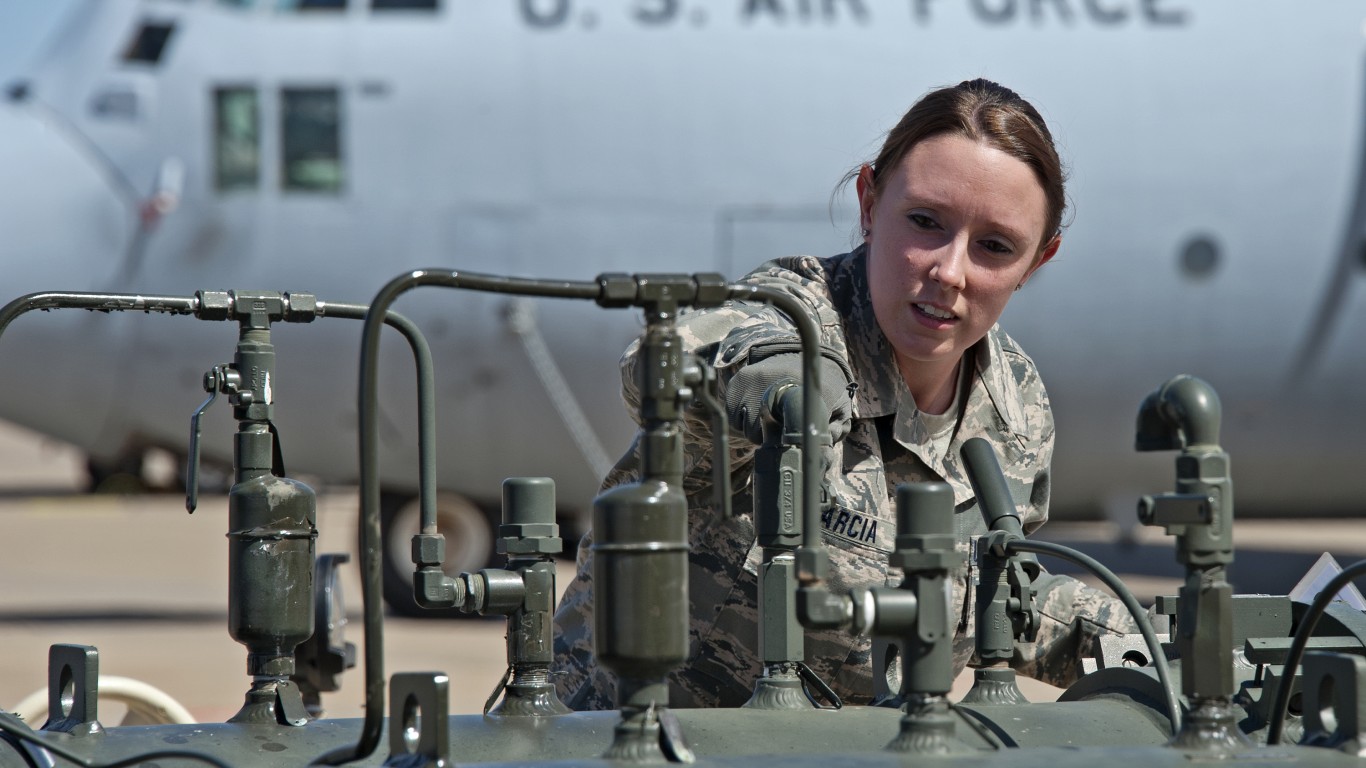 The Wichita Falls metro area is home to the Sheppard Air Force Base. The base hosts the Euro-NATO Joint Jet Pilot Training Program, the only multinationally manned flight training program designed to produce combat pilots for NATO. Sheppard is the most diversified base in Air Education and Training Command, providing technical, medical, and field training for officers, airmen, and civilians in all branches of the military.

The 10,000 servicemen and women and their families affiliated with the base constitute 6.6% of the metro area population, one of the largest shares of any U.S. city. 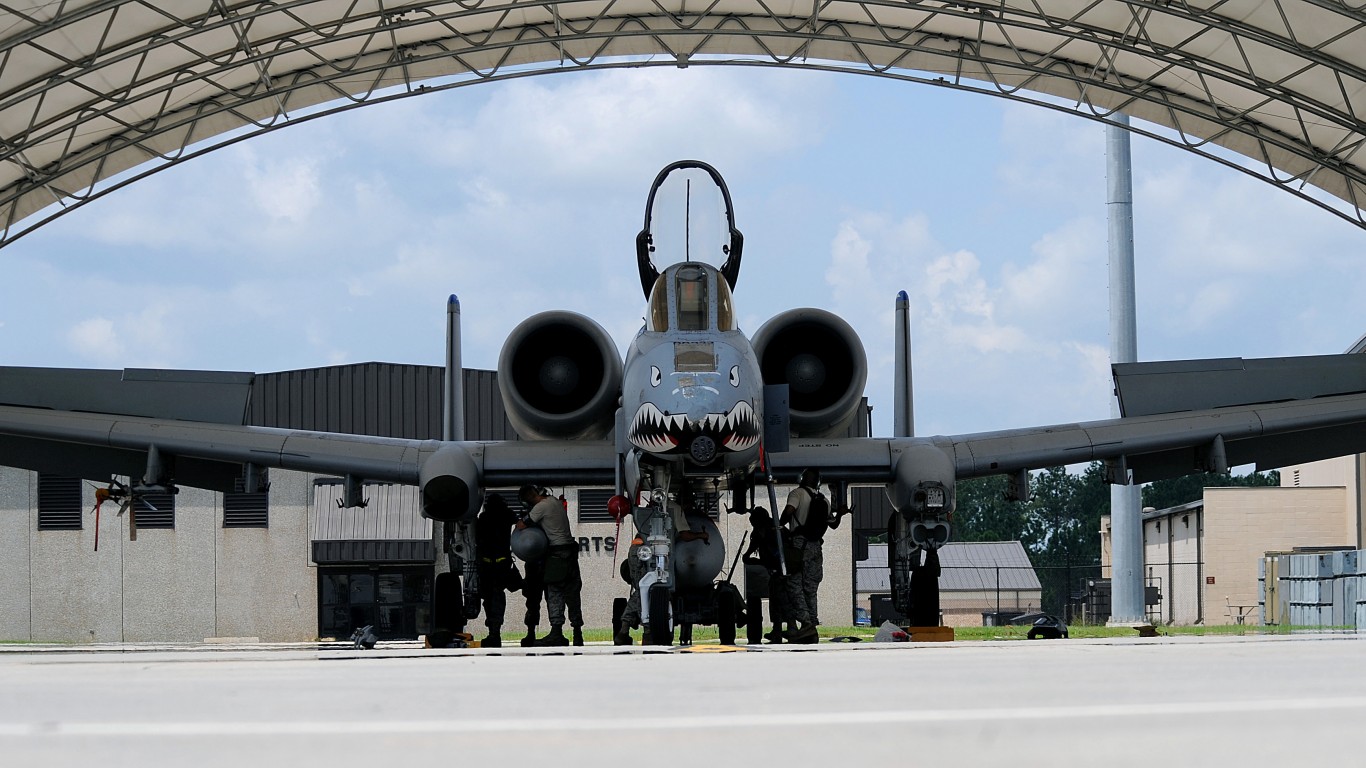 Valdosta is one of several Georgia cities with a large military population. Military operations first began at Moody Field in 1941 with a total of 140 personnel, and today Moody Air Force Base is home to nearly 10,000 service men and women and their families. Moody Air Force Base is also by far the largest employer in Valdosta, accounting for one in every 10 jobs in the city. To safeguard their city’s economic engine, Valdosta officials travel to Washington, D.C. at least once a year to advocate for the continued operation of Moody AFB. The Valdosta-Lowndes Chamber of Commerce also runs an initiative to help veterans of Moody AFB find employment in the region. Some 12,619 veterans currently live in Valdosta, one of the largest veteran populations of any metro area when adjusted for total city size. 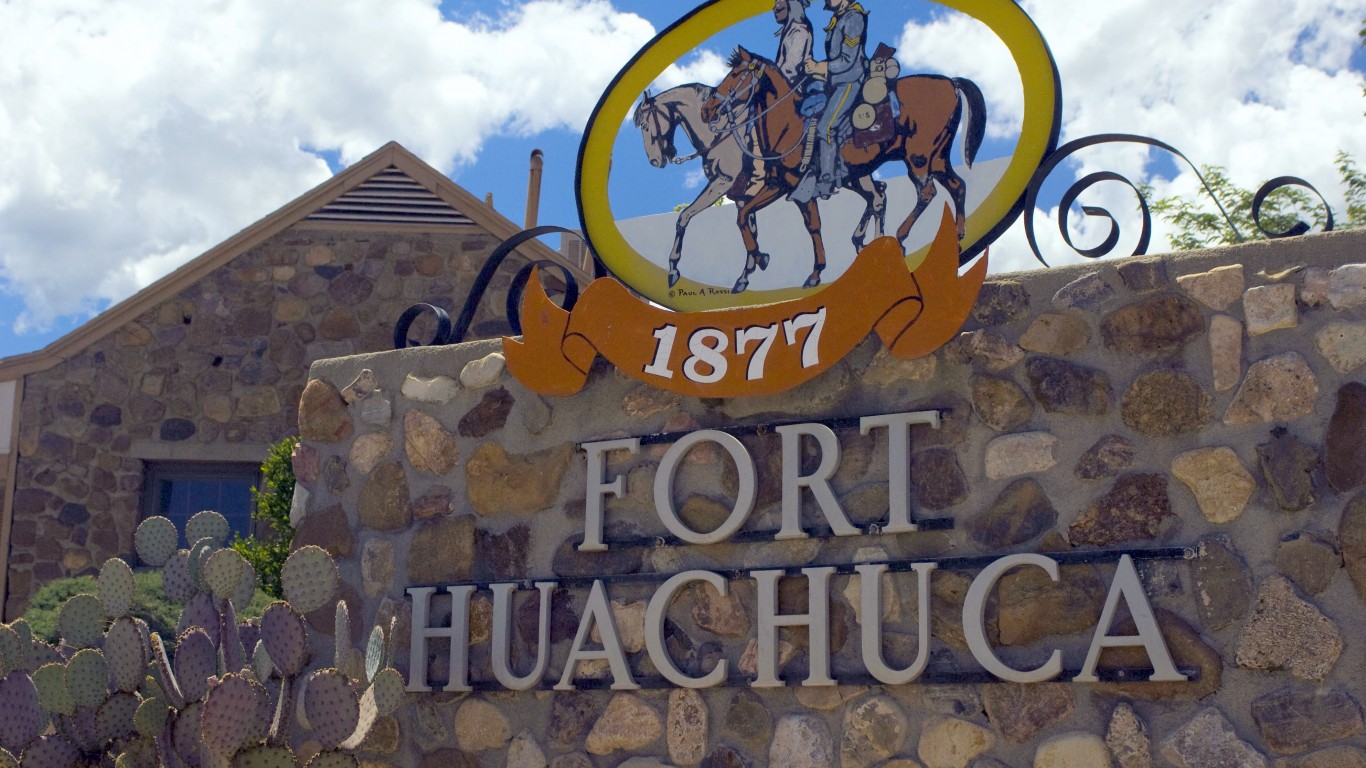 The Sierra Vista-Douglas, Arizona metro area is home to the Fort Huachuca army base and its 3,600 active duty service men and women and many of their 5,200 dependents. The facility functions as a development and test site for various communications, reconnaissance, and combat systems including unmanned aerial vehicles.

Like many metro areas on this list, Sierra Vista-Douglas is also home to thousands of veterans. The number of active duty service men and women and veterans is equal to roughly 23% of the metro area’s total population.