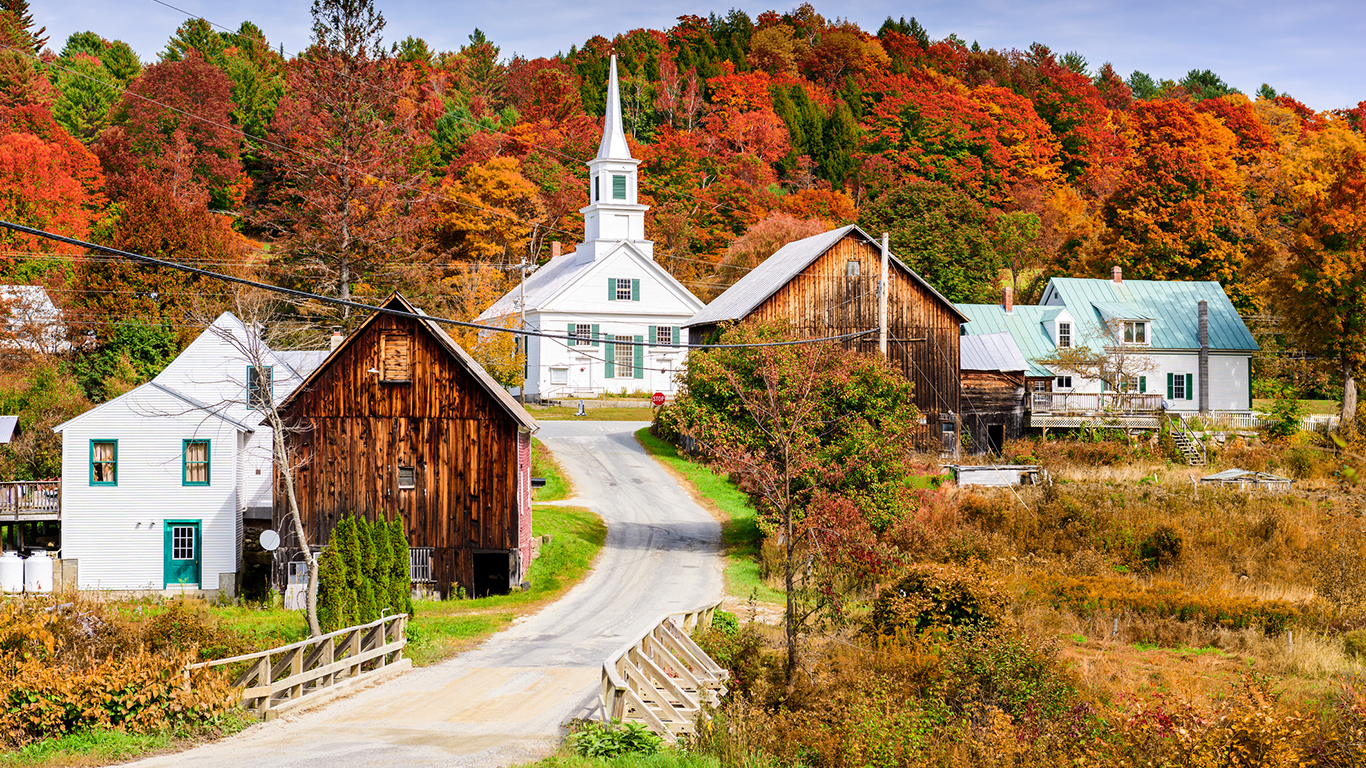 Vermont’s economy benefits from a relatively highly educated population — the state ranks among the 10 states with the highest adult high school and college attainment rates. It also has relatively few people in the labor force who are out of work. The state’s June unemployment rate of 2.8% is the sixth lowest among states.

Vermont only ranks 16th on this list due to relatively stagnant economic growth. Between 2012 and 2017, employment in the state grew at an annual rate of just 0.52%, far below the national annual growth rate of 1.49% over the last half decade. Vermont’s average annual GDP growth of 0.61% over the same five years was barely one-third the comparable national growth rate.

AS the 17th best state economy, Wisconsin ranks roughly average by many measures of economic health. The state’s poverty rate is just over 2 percentage points below the national poverty rate of 14%. The state’s adult bachelor’s attainment rate of 29.5% is slightly below the comparable national rate of 31.3%. The strongest point of Wisconsin’s economy is its relatively low jobless rate. The state’s June unemployment rate of 2.9% is tied for seventh lowest among states. 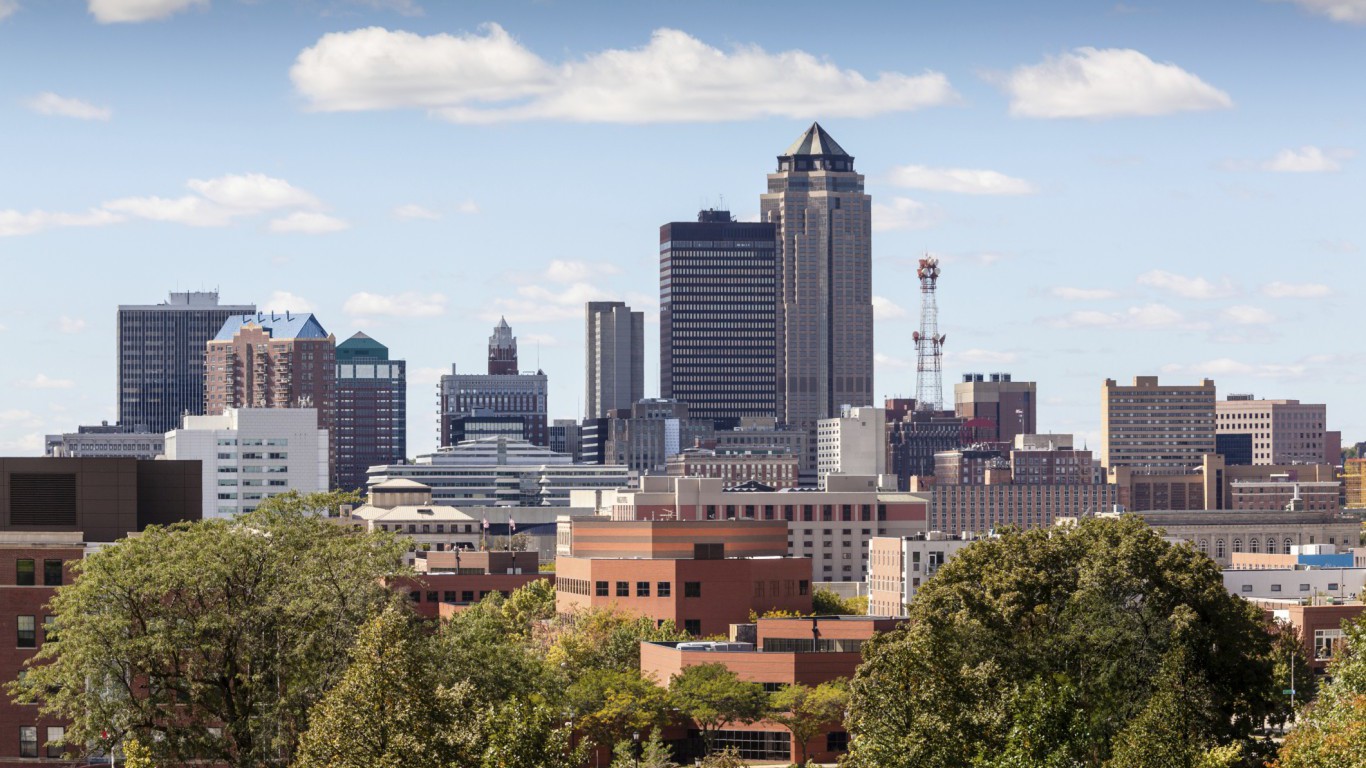 Iowa was one of the few states to weather the housing crisis and Great Recession relatively unharmed, consistently reporting among the lowest unemployment rates in the country over that period. Unemployment remains a non-issue in the state. As of June, the state’s 2.7% rate was tied for the third lowest in the country.

Though unemployment is relatively low, the state has not added meaningfully to employment over the last five years, either. From 2012 through 2017, state employment increased at an annual average rate of just 0.7%, less than half the comparable national growth rate over the same period. 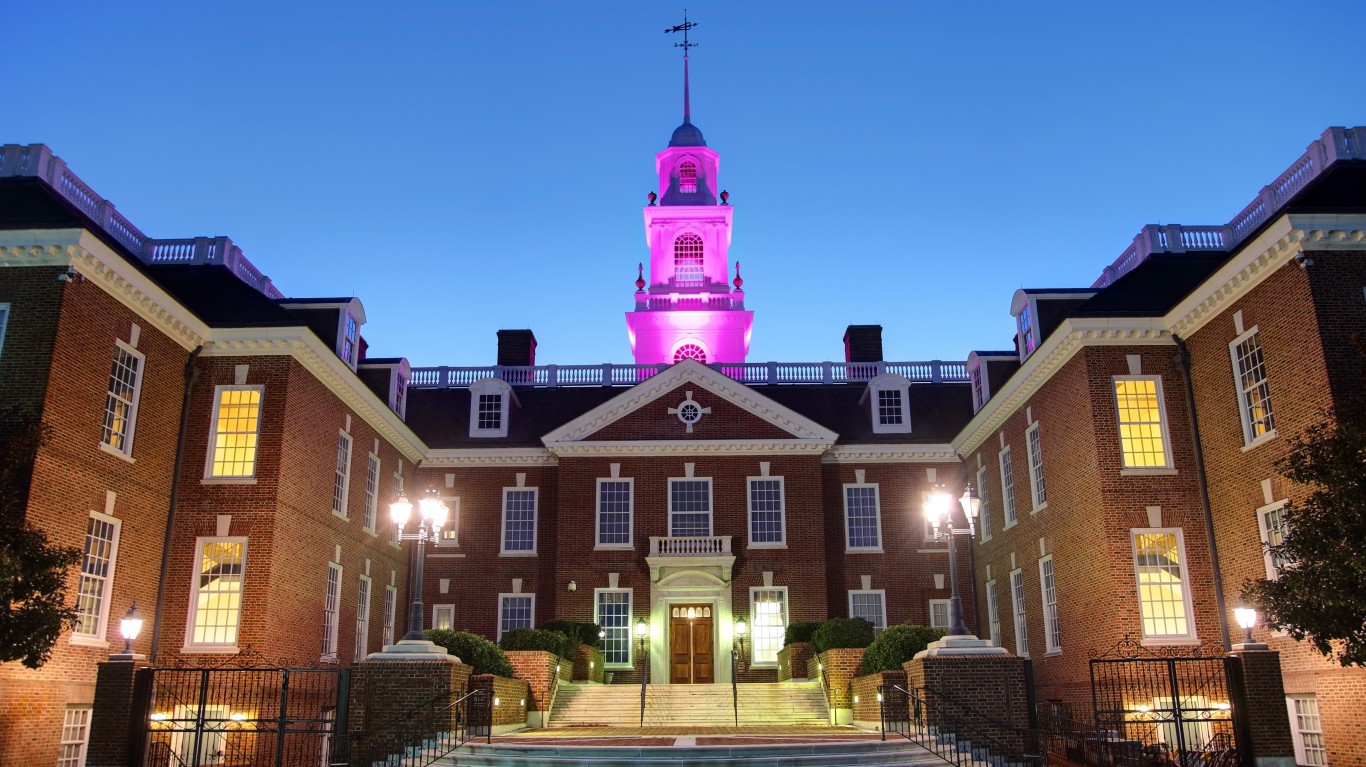 Due to its highly permissive business laws, over half of all publicly traded U.S. companies are registered in Delaware. This is despite the fact that the state is the sixth least populous in the country, with fewer than a million residents. While state policies towards businesses were not considered in this index of economic health, Delaware ranks roughly average in most of the measures considered.

Georgia ranks as the 20th best state economy in the country. And compared to its neighbors in the deep South, it compares even more favorably. The state’s poverty rate of 16.0% is the 10th highest among states and certainly represents a drag on the state economy. However, of the five states that comprise the deep South, only South Carolina has a lower poverty rate. The state’s job market also grew relatively rapidly over the past five years. From 2012 through 2017, total employment grew at an annualized rate of 2.0%, about half a percentage point higher than the comparable national growth rate over the same period.