Countries Where People Don’t Get Enough to Eat 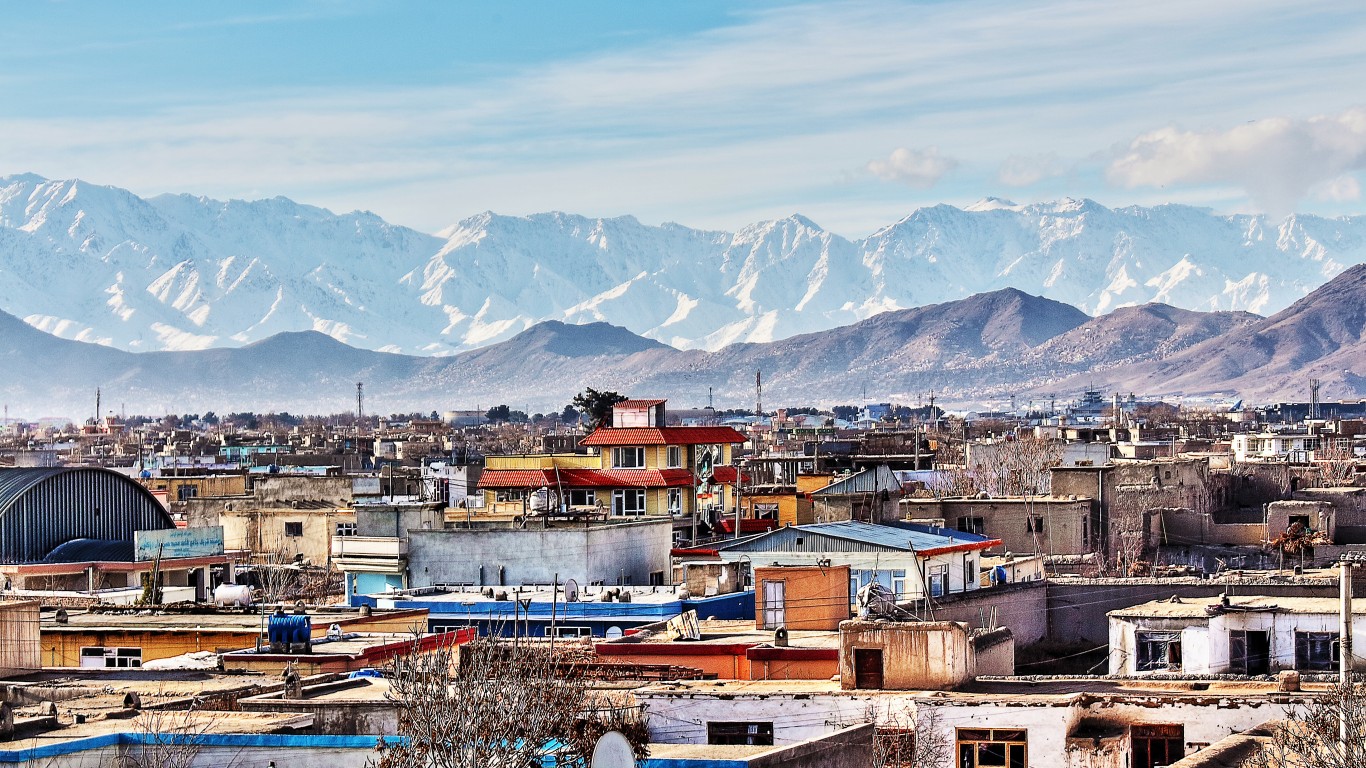 Afghanistan is one of the three countries in Asia among the 15 most food insecure countries in the world. An estimated 45.0% of the population in Afghanistan is unable to consume at least 2,100 calories per day, indicating food insecurity. While the nation’s food-insecure population increased from 13.3 million to 15.7 million in the past year, it is projected to decrease to 10.7 million by 2028.

Decades of war and natural disasters, such as earthquakes and landslides, are partially to blame for the country’s high food insecurity rate. Among the countries with data from the World Bank, Afghanistan has the second largest number of battle-related deaths — in 2017, 18,950 people died in battle. 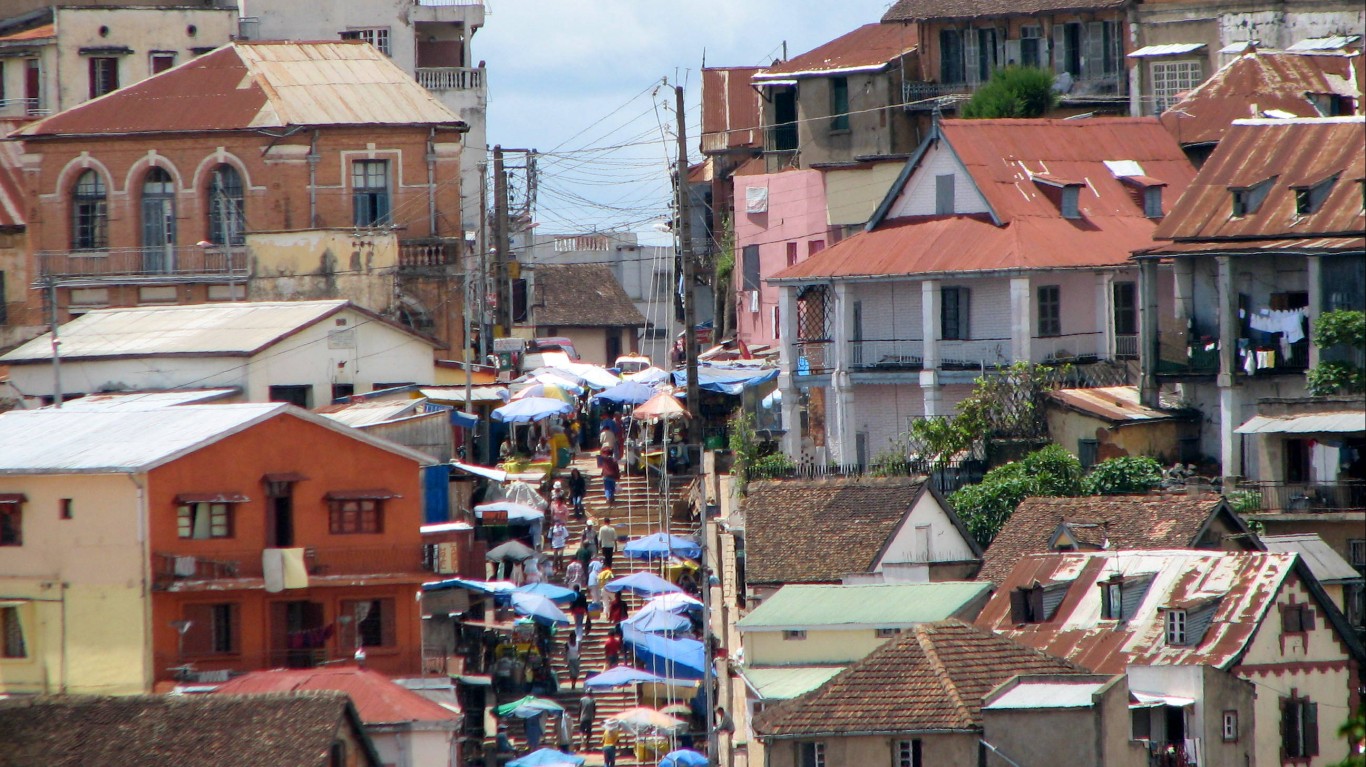 Madagascar, located about 260 miles off the east coast of southern Africa, is one of the most food insecure countries in the world. Madagascar is one of 11 sub-Saharan countries on this list.

The percentage of food insecure people in Madagascar increased from 41.0% of the population last year to 45.5% this year. Living in a rural area can contribute to low access to food and a relatively high 63.5% of Madagascar’s population lives in rural areas. That share represents a 1.6% increase from 2016. 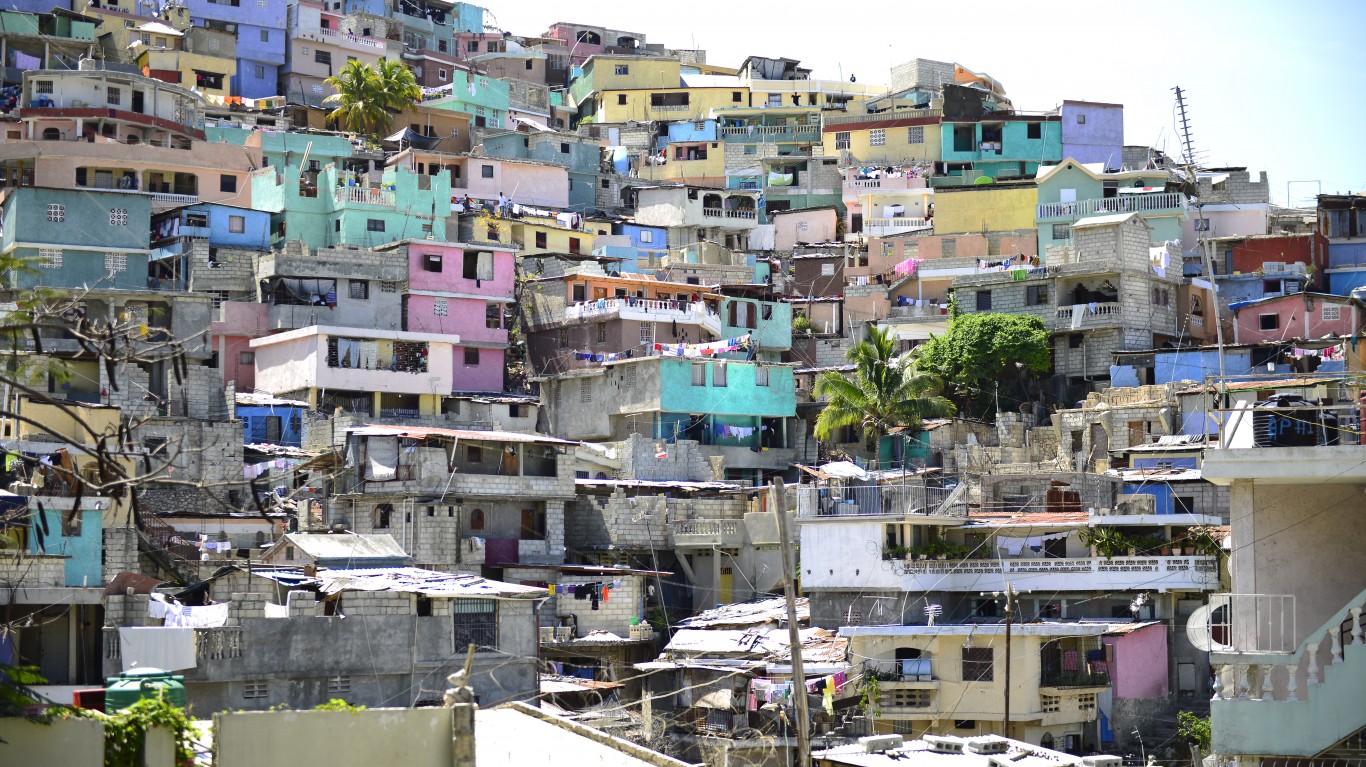 Haiti is the lone country in the Western Hemisphere on this list — food insecurity plagues nearly half of the country’s population. Poverty, which greatly contributes to food insecurity, is a serious problem in Haiti. According to the World Food Programme, 75% of Haiti’s population lives on less than $2.00 a day.

Haiti also has one of the largest food gaps in the world. The food gap is the difference between the recommended 2,100 calories per day and the average number of calories the average person in the country consumes. Haitians lack, on average, 649 calories per day. 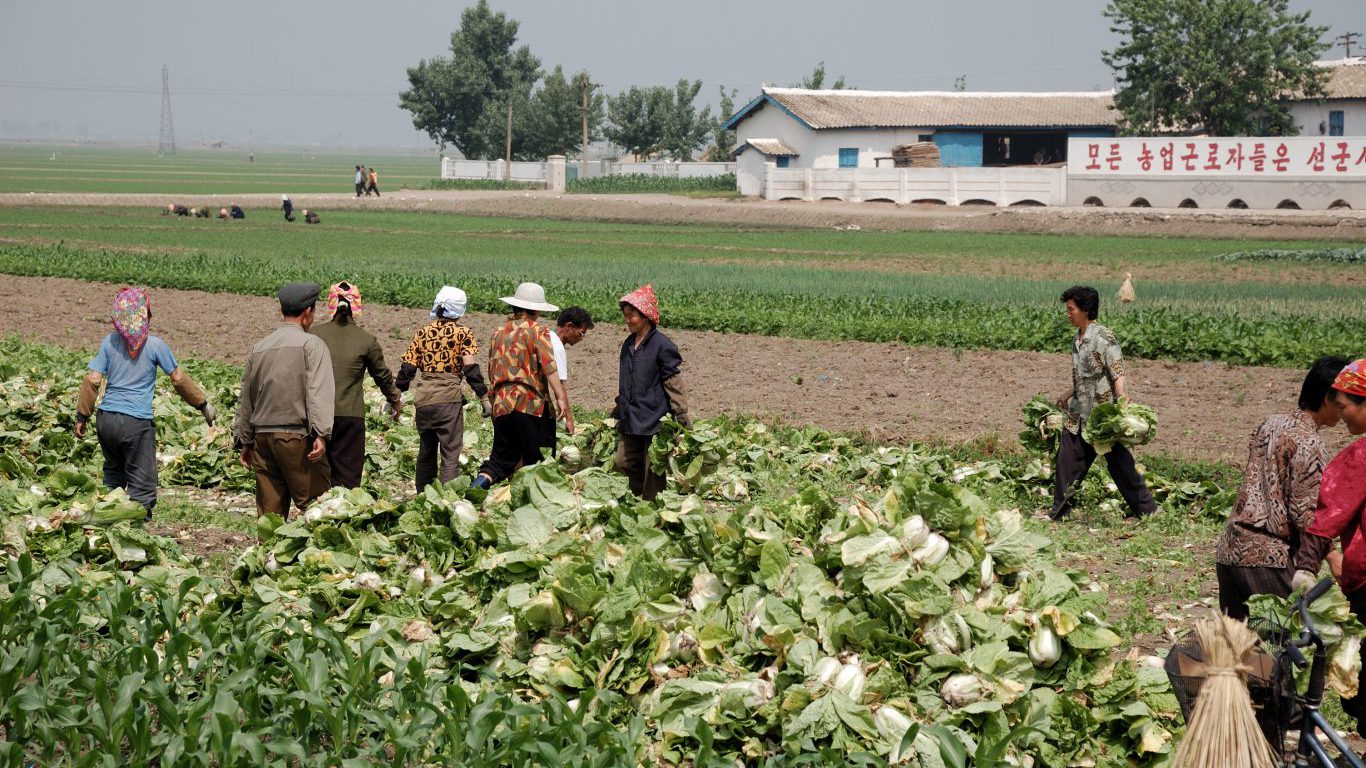 An estimated 54.1% of North Koreans cannot consume the standard 2,100 calories a day. According to the Food and Agriculture Organization of the United Nations, 28% of children in North Korea are stunted, meaning they are abnormally short. The UN describes stunted growth as a reflection of a chronic state of undernutrition. Children who are stunted prior to the age of two are at much higher risk of illness and cognitive delay.

Much like the rest of the world, the share of the population that is food insecure is projected to drop to 43.7% by the end of the decade. 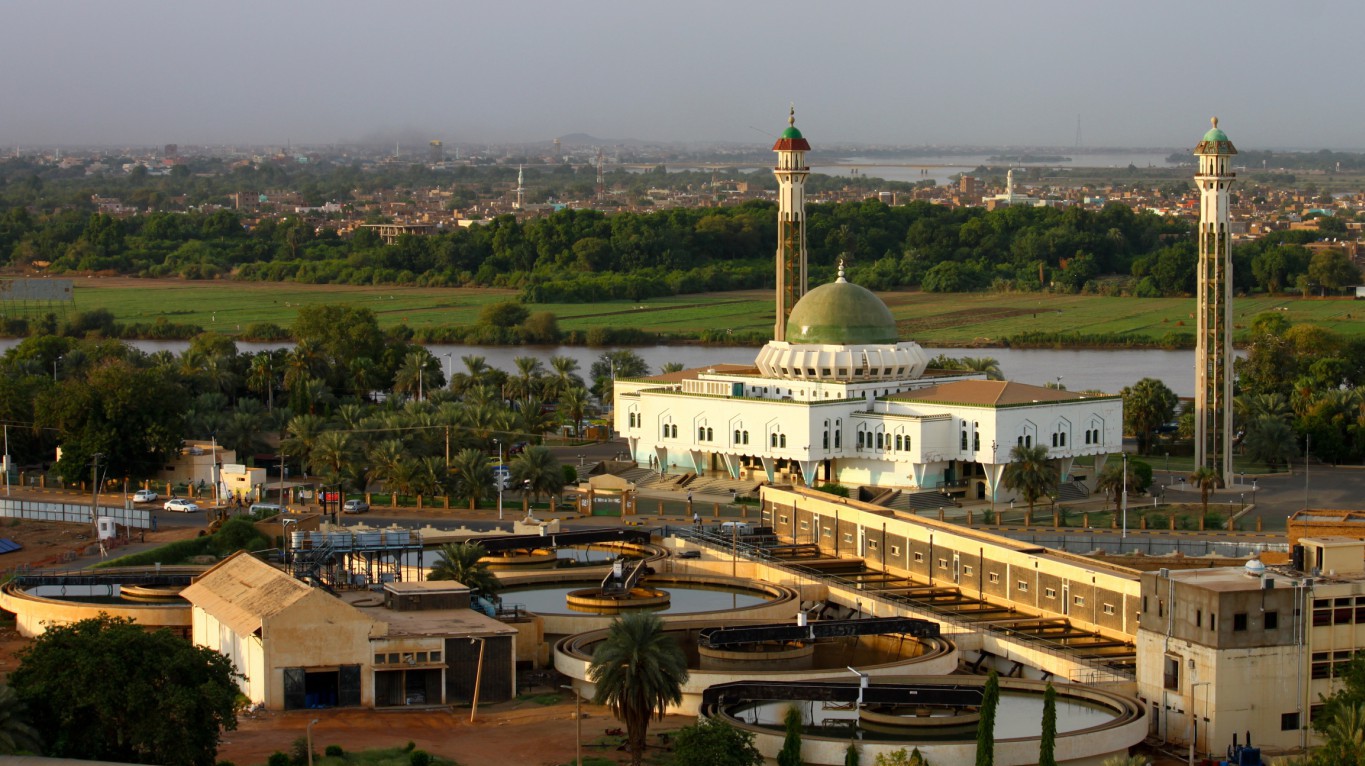 High food insecurity in Sudan is likely the result of the many problems the African nation is facing. An estimated 1.5 million people lost their lives in two civil wars between the northern and southern parts of the country. South Sudan became its own country in 2011. However, unsettled disputes regarding oil revenues and other issues remain, wreaking havoc on the nation’s ability to recover. Nearly 2.1 million people are internally displaced from conflict and violence.

According to USDA, the food insecurity rate in Sudan is projected to drop by 10 percentage points over the next decade.