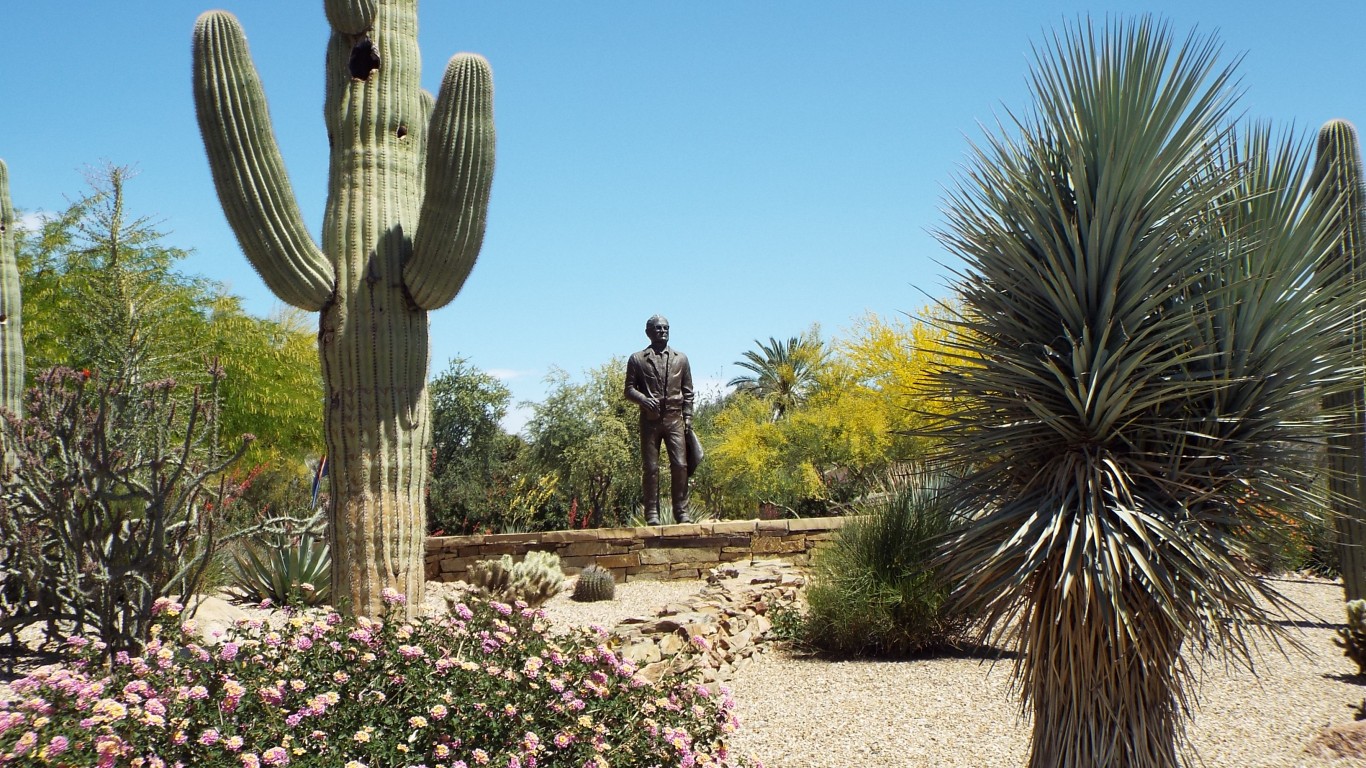 Most houses in Paradise Valley, Arizona, are worth over $1.3 million, more than seven times the U.S. median home value. Paradise Valley residents are able to afford such expensive houses because of their relatively high incomes. The typical household in the city earns $173,487 a year, one of the highest median household incomes in the country.

Paradise Valley lives up to its name as a popular destination to relax. The town is home to several resorts and a number of high end golf courses. Located just north of Phoenix and Scottsdale, it is also known for its high-end dining and nightlife. 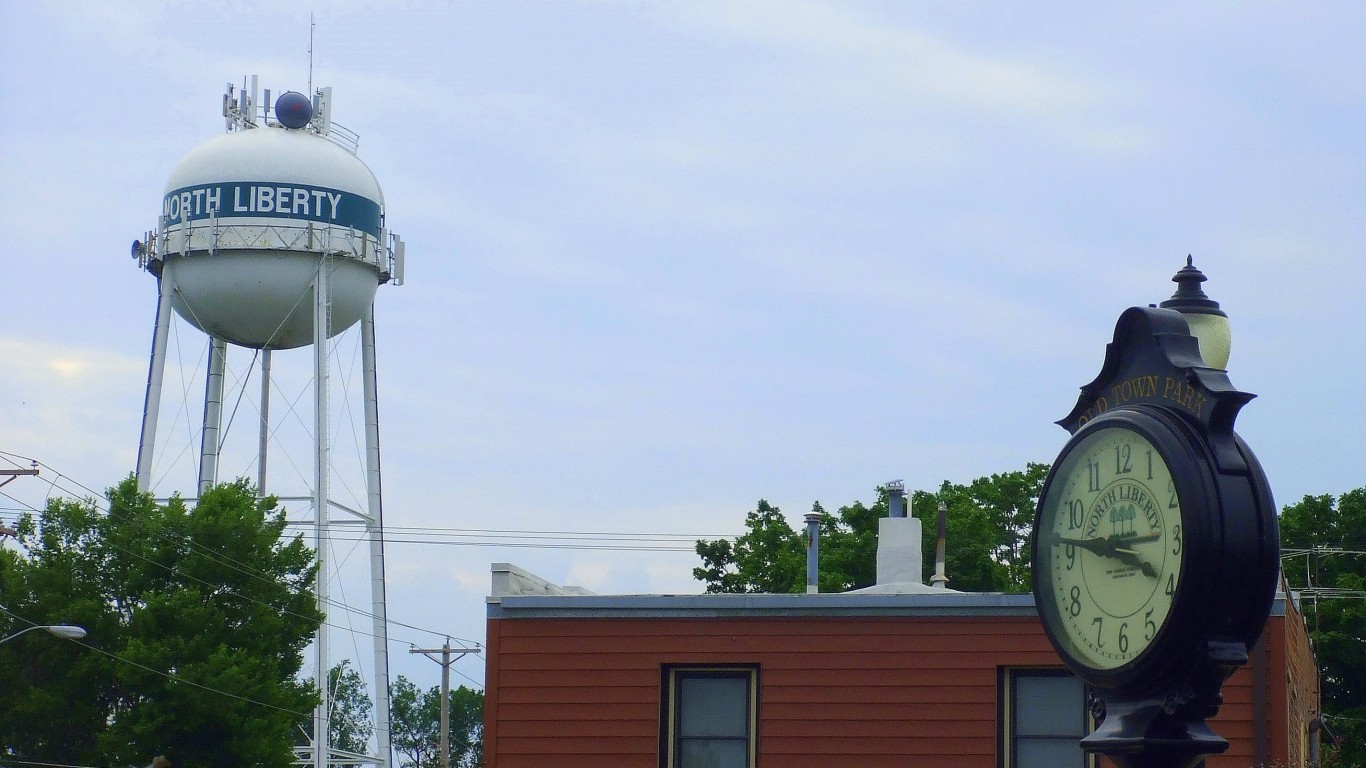 Having a job can be important to maintaining a good quality of life. Those with jobs are far less likely to live in poverty and struggle financially and otherwise. In North Liberty, virtually anyone who wants to work does so. Over the five years through 2016, the city’s unemployment rate has averaged less than 1%, compared to a national average of 7.4%. The city’s labor force participation rate of 85.3% is well above the comparable 63.5% national rate.

As a sign of the desirability of the city, North Liberty’s population has grown by 35.2% in the last five years alone, many times greater than the national growth rate of 3.9%. 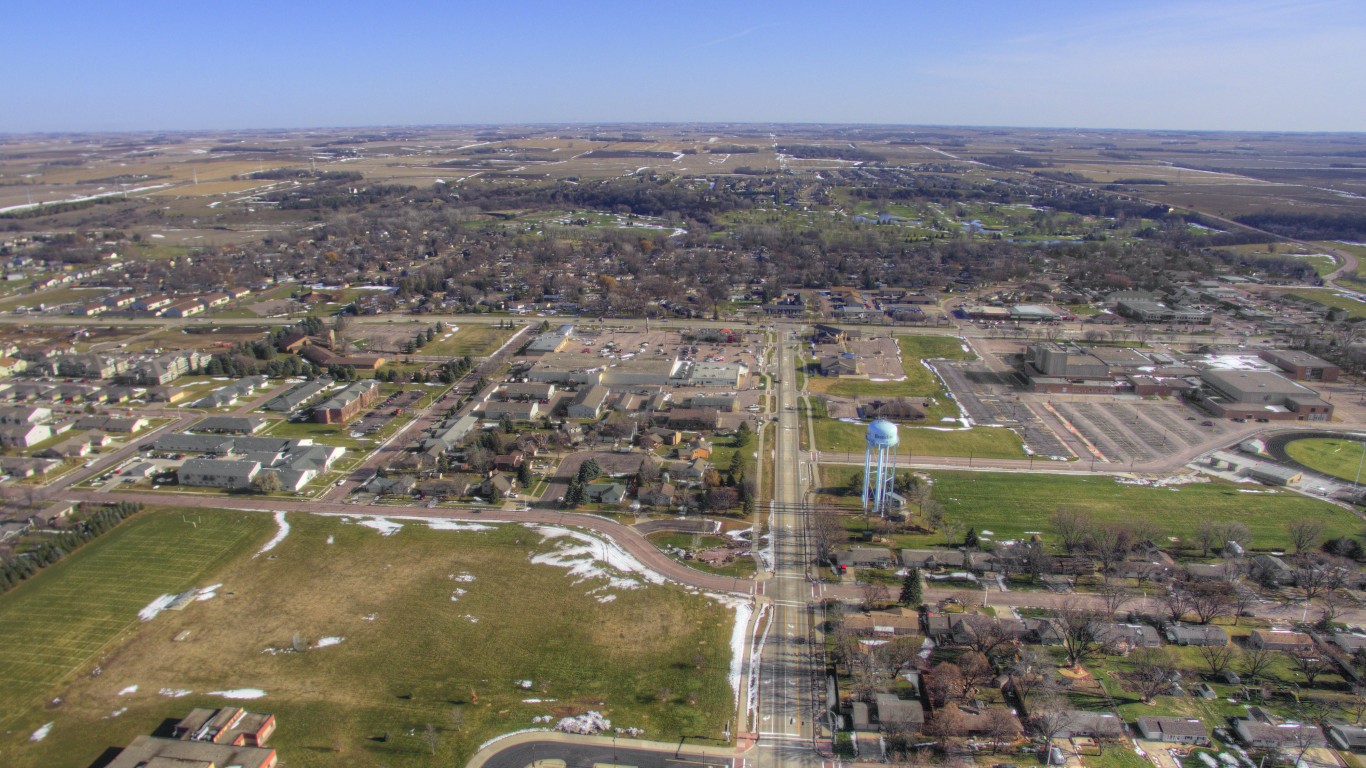 Population growth tends to indicate that an area is flourishing economically. Often, such economic strength comes with job growth. In Brandon, South Dakota, the population grew by 13.7% over the last five years, 3.5 times the national population growth over the same period.

Still, the city, located just a few miles northeast of Sioux Falls, remains relatively small, with a population of less than 10,000. As is often the case with smaller towns and cities on this list, crime is uncommon in Brandon. There were just 258 property crimes reported in the city in 2017 per 100,000 residents, less than one-ninth the national property crime rate of 2,362 per 100,000. 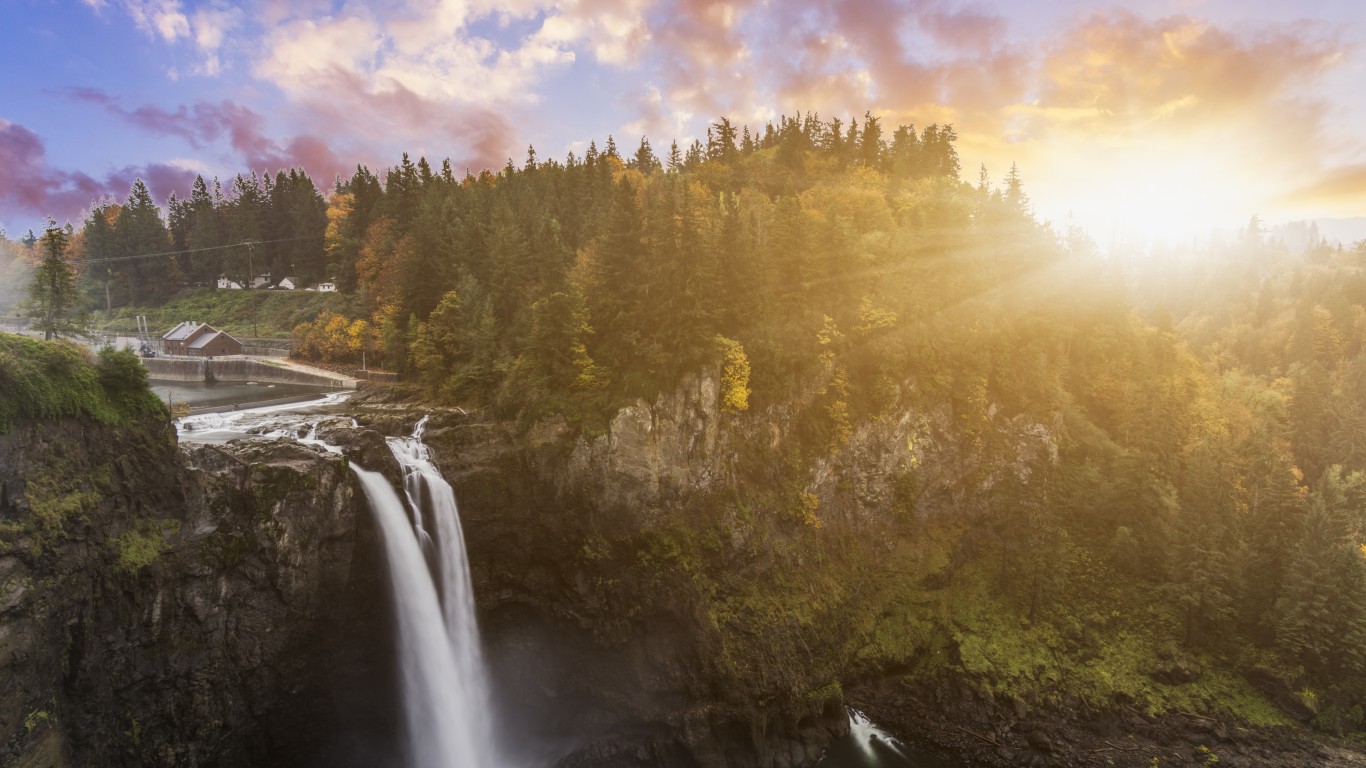 Areas with higher median household incomes tend to have less crime than lower income areas. The median annual household income in Snoqualmie, which is within commuting distance of Seattle, is $131,453 a year, one of the higher incomes among American cities. In addition to the culture and entertainment Seattle has to offer, Snoqualmie has a higher than typical concentration of restaurants, bars, museums, and movie theatres.

Poverty can have wide-reaching negative effects not just on the individuals that earn low incomes, but also on entire areas. Buda has one of the lowest poverty rates in the country. Just 4.0% of the city’s population lives in poverty, compared to 15.1% of the U.S. population.